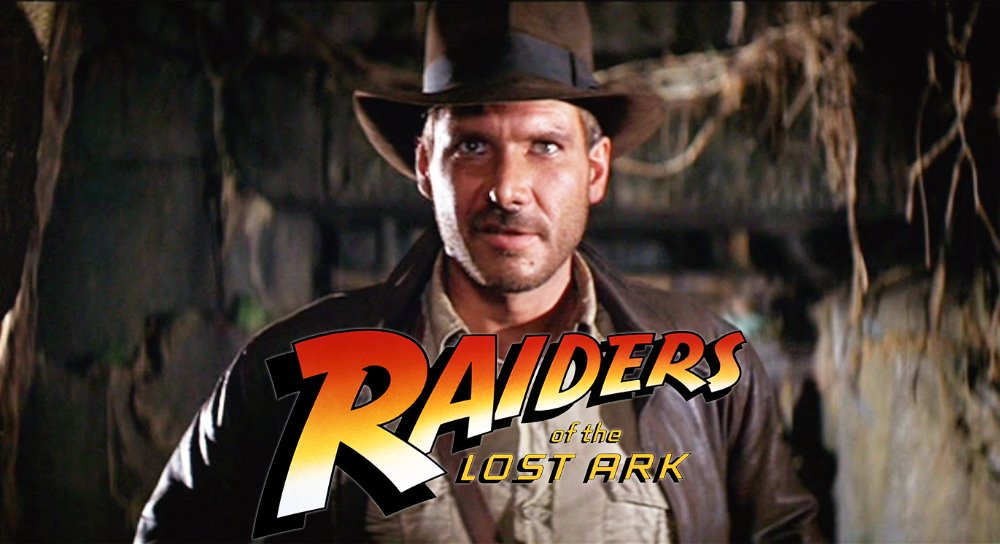 I was enjoying my one and only trip to the UK in 1981, when I met my sister and we went together to see a recent release that looked promising – Steven Spielberg’s Raiders of the Lost Ark. Like most of the audience, we were completely knocked out by the first twenty minutes or so. This was a new approach to movie-making. In fact, we had never before seen such an action-packed sequence of hair-raising moments packed into the start of a picture. It was sensational. 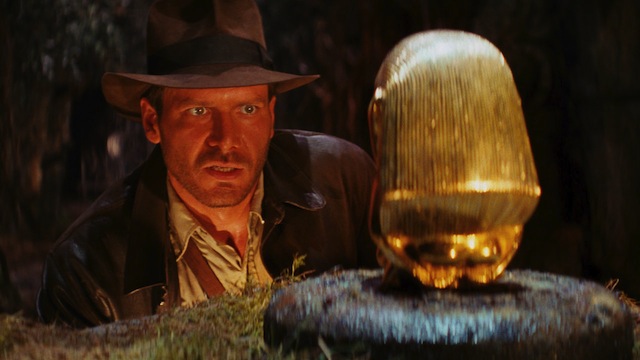 Harrison Ford is perfect as Indiana Jones and at the top of his game. John Williams’ score is real Saturday morning matinee stuff, and reminded me of my youth when we would stamp our feet whenever The Lone Ranger zoomed onto the screen, accompanied by a burst of the William Tell Overture! This movie genuinely transported me back to my childhood. It was simple gilt-edged fun, good guys versus bad guys, with an indestructible hero thrown in for us to root for. From the shoot-out in Marion’s Nepalese bar, to Indy’s one-sided punch-up with the largest German soldier in North Africa, to the desert chase when our hero takes on a whole mess of Nazis, the action is continuous and infectious.

All in all, this is quite a violent movie but the violence is always tongue-in-cheek so the sense of fun is maintained throughout. There is a lot of humour and great one-liners but the absolute highlight of the film is a totally visual scene where not a word is spoken. As Indy is confronted in the Egyptian market-place by a huge swordsman wielding a scimitar the size of one of the Titanic’s propeller blades, we prepare ourselves for the duel to end all duels. But it never happens. Our hero gives his protagonist a brief, dismissive glance, pulls out his revolver, and shoots the man stone dead, without so much as a second thought. It is a priceless moment in movie history. 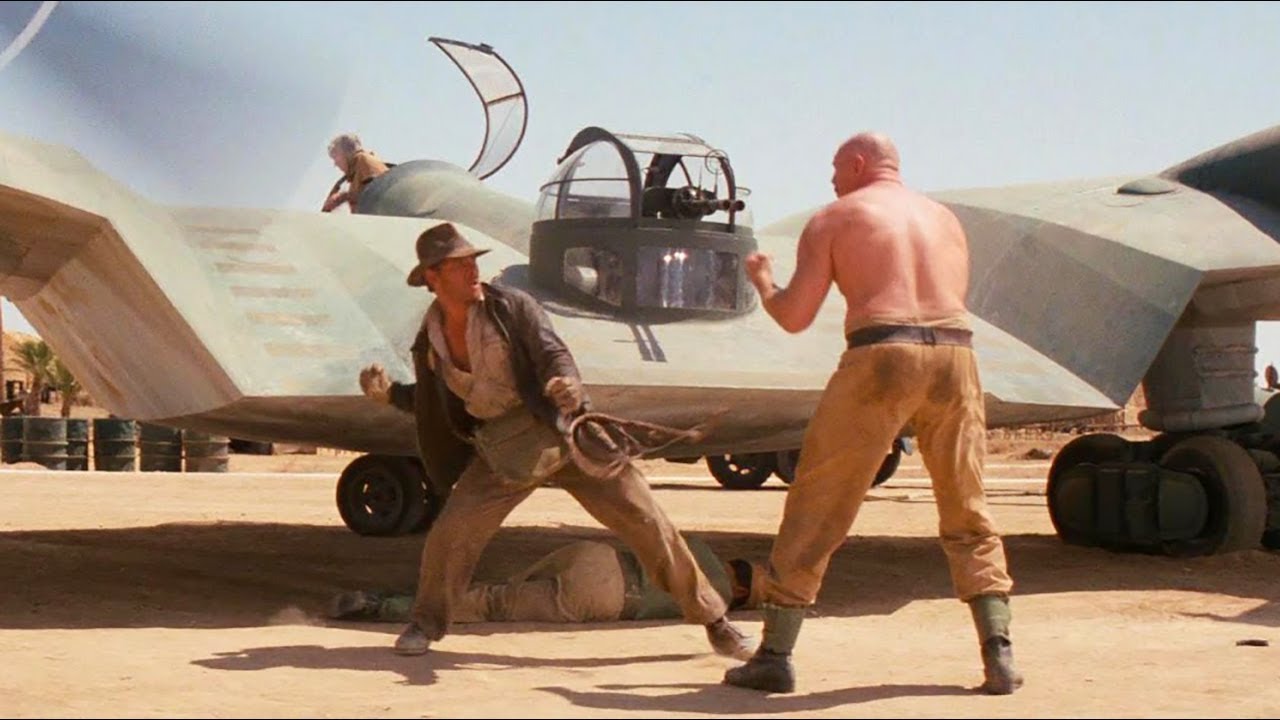 Shooting the swordsman out of hand was not in the original script. Indiana was supposed to use his whip to get the scimitar out of his foe’s hands before dealing with him. Unfortunately, Ford and the rest of the crew were suffering from a bout of food poisoning, picked up in Tunisia, and he was simply too ill to perform the stunt. Spielberg, by the way, was not sick at all, having brought his own food (cans of Spaghetti – O’s) with him from America.  After several unsuccessful attempts at the scene, Ford made a suggestion to Spielberg. ‘Why don’t I just shoot the sucker?’ The director took him up on the idea and the result is now cinema history.

Raiders of the Lost Ark was made on a budget of $18 million. It recouped almost half that on its opening weekend in the USA and would go on to rake in close to $400 million worldwide! As unbelievable as it seems to us today, every studio in Hollywood initially turned ‘Raiders’ down, despite it having the dream team of George Lucas and Steven Spielberg behind it. Only after much persuading did Paramount reluctantly take it on. Not only did the picture make a fortune at the box-office, it also became the only Indiana Jones in the franchise to be nominated for a Best Picture Academy Award. 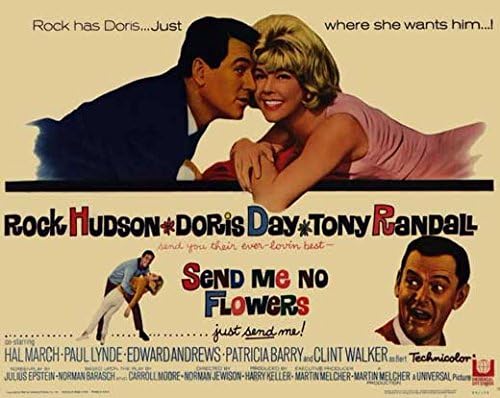 Doris Day and Rock Hudson co-starred in only three movies – Pillow Talk (1959), Lover Come Back (1961) and Send Me No Flowers (1964) – yet the chemistry this unlikely pairing generated was obvious from the start. They got along just fine off the set as well. I enjoyed all three films but my preference leans towards Send Me No Flowers as the pick of the bunch (no pun intended). Oddly enough, Hudson did not like making the picture at all. He was quoted as saying he thought it ‘distasteful’ to make fun of death! ‘Right from the start, I hated the script’, he said. ‘I just didn’t believe in that man for a minute. Making fun of death is difficult and dangerous. That scene where I went out and bought a plot for myself in the cemetery – to me it was completely distasteful.’ The scene referred to is one of the funniest in the picture and features a wonderful turn from comedian Paul Lynde as the Green Hills Cemetery manager Mr. Akins. As for Julius Epstein’s screenplay, I thought it was first class right down the line. 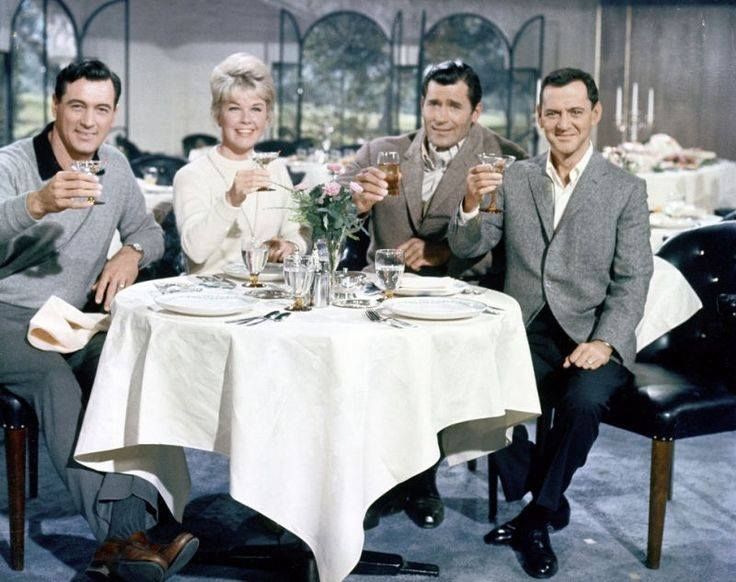 It is a pity Rock disliked the concept so vehemently because I think he is at his very best in this movie. Doris, of course, was born to play this kind of role and the supporting players are all terrific too. Tony Randall again plays Rock’s best friend and steals every scene he’s in. Former host of TV’s ‘The $64,000 Question’ (1955), Hal March, plays sleazy Winston Burr to perfection, and we even get to see Clint Walker (star of TV’s Cheyenne), minus his horse, and endeavouring to squeeze into a tiny car about three sizes too small for him! Doris sings the film’s title tune ‘Send Me No Flowers’, notable because it was written by the newly-formed song-writing team of lyricist Hal David and composer Burt Bacharach. Send Me No Flowers was released in 1964 and much has since been written about Hudson’s homosexuality and the fact that it had been kept secret for so long in Hollywood. I find that strange indeed, for I recall being at primary school in Fremantle, Western Australia in 1959 (I was 12) when the topic of conversation for an entire week or so was about Rock Hudson being gay. Of course, the term ‘gay’ was not used then, but opinions were about evenly divided between believers and non-believers while the debate raged. I was one of the non-believers. My point is, how could this have been such a secret in 1964 America, when it was being openly discussed by 12 year-olds in far off Western Australia five years earlier? As for the movie itself? It is a gem.