[On the administration of President George W. Bush and its invasion of Iraq] ‘For me as an American, the most painful aspect of this is that I believe this administration has taken the events of 9/11 and has manipulated the grief of the country and I think that’s reprehensible. I don’t think, like many of us, that the reasons we have been given for going to war are the honest reasons. If they are saying that it’s about the fact they have biological weapons and might have nuclear weapons and that gives us the liberty to pre-empt and strike because we think they might hit us, then what prevents Pakistan from attacking India, what prevents India from attacking Pakistan, what prevents us from going into North Korea? I believe – though I may be wrong because I am no expert – this war is about what most wars are about: hegemony, money, power and oil.’ 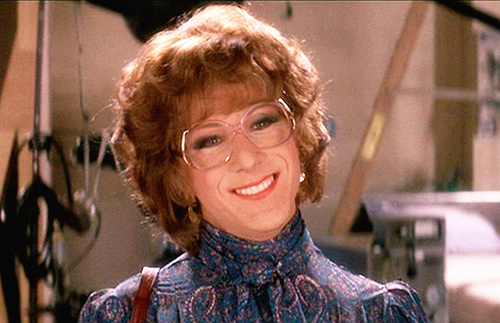 [On his role of Dorothy in Tootsie (1982)] ‘I feel cheated never being able to know what it’s like to get pregnant, carry a child and breast-feed.’

‘I actually remember walking up the aisle, and I’d had a few drinks, when I was nominated for Tootsie. I was a little late getting there. Everybody was seated, and the show was just beginning, and I’m walking down the aisle and Paul Newman was on my right. He was nominated for The Verdict. I leaned over and said to him, with three drinks in me, I whispered in his ear, ‘we’re not gonna win.’ And he smiled because everyone knew Ben Kingsley was going to win for Gandhi.

[Oscar-nominated for his The Killing Fields screenplay in 1984, Robinson had no time for the era in which former British PM Margaret Thatcher presided over the UK] ‘The whole period outraged me. Things like the nation’s ‘jubilation’ that she had committed an international war crime, sinking the Belgrano [the Argentinian cruiser sunk during the Falklands War]. Naturally, she would support Pinochet, a mass-murderer, because, in effect, she did the same thing and lied about it. The boat was not going in the direction she said it was, it was going in the opposite direction, and it was full of sea cadets, boys. She murdered 250 young men to get herself a war. Before the election, she was absolutely loathed, so she did what they all do: rush out and kill a few foreigners.’

[On why she chose to appear in the TV series Dallas (1978)] ‘Because they paid me a quarter of a million dollars for seven days’ work over ten weeks. What do you think I am, darling? Stupid?!’

[On the craft of acting by the actor who played the Australian officer in Gallipoli (1981)] ‘As long as the director told me where to stand, and what to say, I was happy. Anyone who says there is more to it than that is full of bullshit. It’s a job. It is a craft, but there’s no art involved. What you need is common sense and a reasonably rough head. You put on the make-up and the wardrobe and that is half the performance. That upsets the purists but never mind. They don’t work as much as I do.’

‘I’ve always believed Americans have one huge, ready-made gift when it comes to acting in front of a camera – the ability to relax. Take the supreme relaxed authenticity of a James Stewart or a George Clooney, compared with the brittle contrivances of a Laurence Olivier or a Kenneth Branagh, marvelous as they are.’

‘Alec Baldwin is handsome and charming, and I just had such a crush on him. But he wouldn’t go there with me. I was like, ‘Oh come on, have a romance with me!’ But no, Alec said, ‘I can’t do this with people I work with.’ He’s a sweetheart.’ 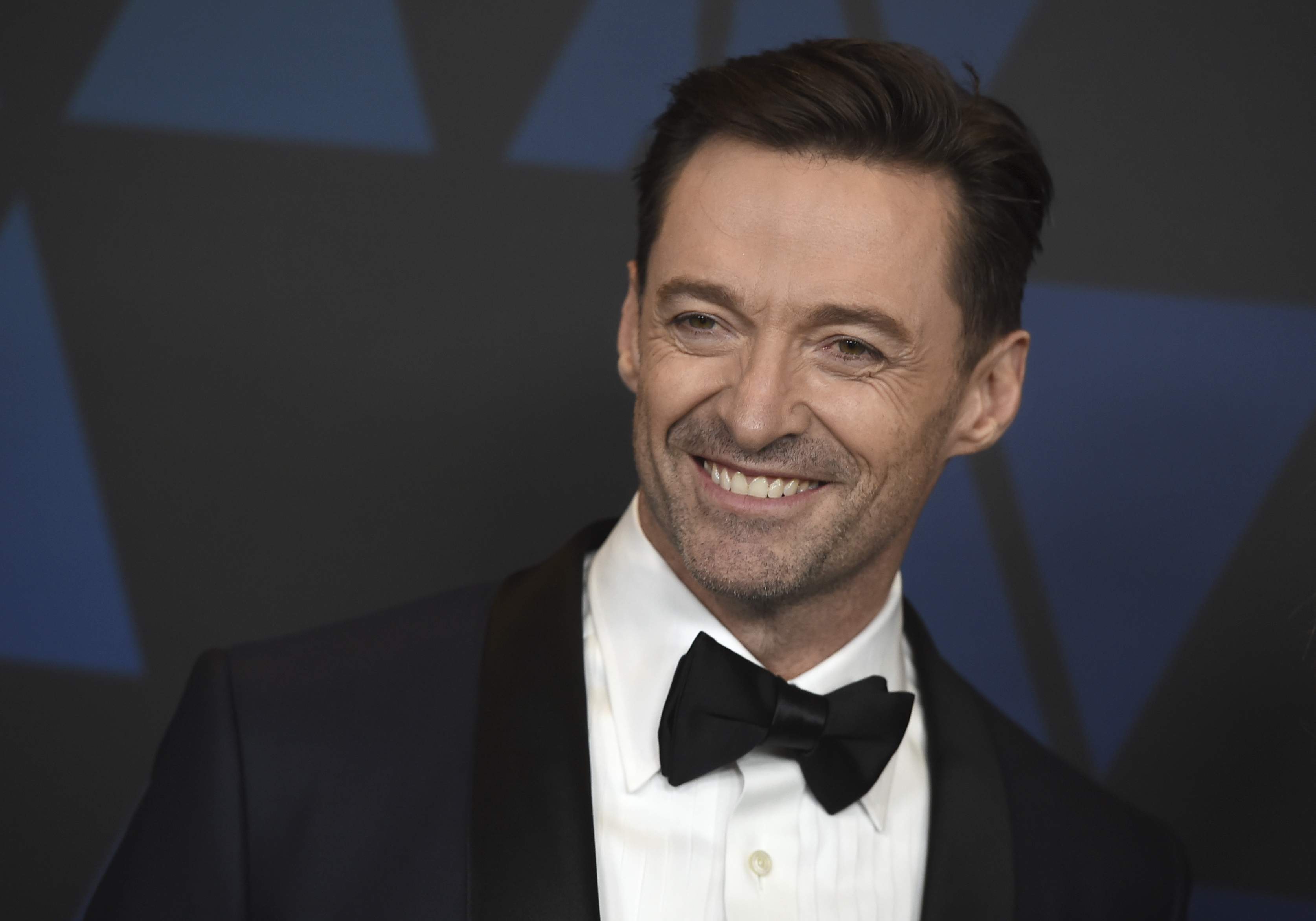 [Speaking about his eight year-old adopted son Oscar] ‘He said to me the other day, ‘Dad, two o’clock, hot chick.’ He walks over, and I heard him say, ‘Hey, my Dad’s Wolverine.’ That’s his opening line! He brings them over and asks, ‘Dad, can we have a few autographs for the girls?’ I’m like, ‘Am I pimping for my kids?’

‘I was at a Warner Bros. event and all the stars were lining up backstage. Sylvester Stallone was in front of me and Clint Eastwood was behind me and we were all embarrassingly close. I turned around before the line went off and said: ‘Good day Mr. Eastwood, Hugh Jackman.’ Clint replied: ‘Yeah, I know.’ I continued: ‘By the way, I know we’ve gotta go but I’ve been told I occasionally look like you in films.’ Clint replied: ‘You’re holding up the line kid.’ I’ll never forget it. I went on stage bright red and never looked at him again. Clint has never asked me to be in any of his movies or have an audition.’ 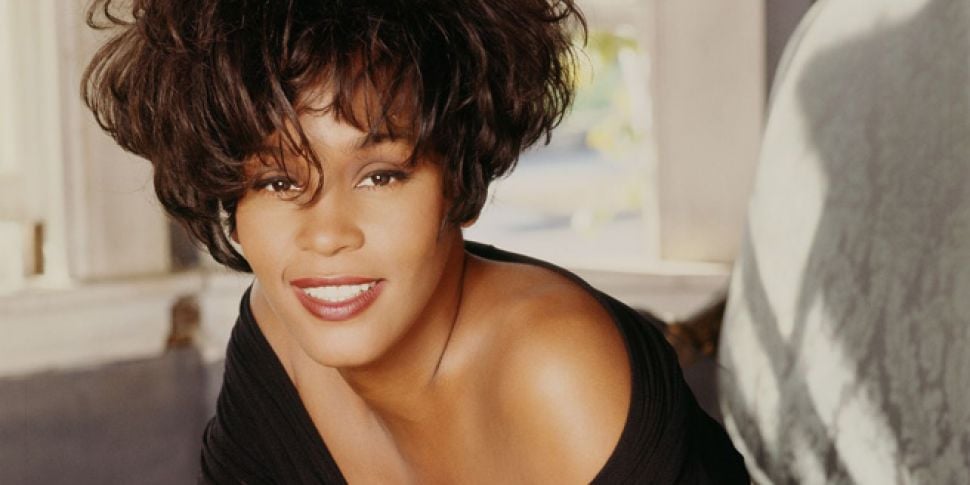 [Sometime prior to her death by accidental drowning caused by heart disease and cocaine use] ‘First of all, let’s get one thing straight. Crack is cheap. I make too much money to ever smoke crack, let’s get that straight, okay? We don’t do crack. We don’t do that. Crack is whack.’