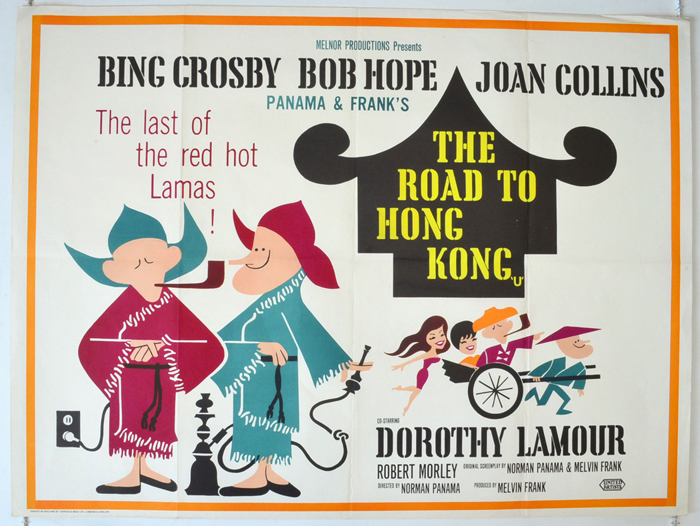 Rumours abounded that Joan Collins was having an affair with Bing Crosby during the making of Road to Hong Kong (1962). Nothing could have been further from the truth. She found him disgusting, particularly his pipe-smoker’s habit of clearing his throat by spitting globules of phlegm onto the studio floor! His breath was rancid and she had to endure his face inches from hers as he sang to her. She loathed their final love scene. ‘How would you like to have to kiss him?’ she asked one of the crew. Years later she confessed to having yearned for a fling with Sinatra, only to discover that her stand-in had beaten her to it. Peter Sellers was popular in Britain as one of the stars of radio’s The Goon Show and had made a slight dent in the movie business by 1963, but his shares went through the roof with his performance as Inspector Clouseau in The Pink Panther. Ironically, the role that has become synonymous with him would not have been his if Peter Ustinov had not turned it down to do Topkapi (1964). Personally, I have never shared the general public’s love affair with Sellers or his portrayal of Clouseau. And the movie was a bore as well.

When Diane Cilento played Molly Seagrim in Tom Jones (1963), the picture was shot in 1962 when she was pregnant in real life with Sean Connery’s son Jason. In November 1962, she and Sean became man and wife just two months after his first Bond film was released. A Welsh singer named Tommy Woodward was thinking about a name change at that time and his manager suggested they cash in on the publicity generated by the Oscar-winning Tom Jones. Consequently, Tommy Woodward was transformed into Tom Jones.

Spencer Tracy in Judgment at Nuremberg (1961)

During the making of Judgment at Nuremberg (1961), a young New York actor, whose name has since slipped through the cracks of history, held up filming for over an hour because he was unable to find ‘motivation’ for his character’s scene. Director Stanley Kramer wanted him to enter the room, cross to a table and wait for Spencer Tracy to enter and hand him a folder. After waiting nearly 75 minutes, Tracy stormed onto the set. ‘Look’, he said to the young man, ‘you come in the fucking door and cross the fucking room and go to the fucking table because it’s the only way to get in the fucking room! That’s your motivation!’ An indication of the growing popularity of Clint Eastwood’s spaghetti westerns of the sixties can be gauged by his pay packets. For A Fistful of Dollars (1964) he received $15,000. A year later he was paid $50,000 for his performance in For a Few Dollars More. In 1966 he starred in The Good, the Bad and the Ugly and was paid a whopping $250,000 plus 10% of the grosses! And they tossed in a new Ferrari as well. Footnote: The skeleton Tuco finds in the wrong coffin in The Good, the Bad and the Ugly was a real human skeleton. A former Spanish actress had inserted in her will that she wanted to continue in movies after death. Her wish was granted.

The crucifixion scene in King of Kings (1961) had to be re-shot in its entirety after preview audiences signified their disgust in no uncertain terms at seeing Jeffrey Hunter portraying Jesus Christ with a hairy chest! The actor was compelled to shave his chest and armpits and try again. Oddly enough, he was sporting a fake putty nose throughout the scene, especially obvious in the close-ups, yet no-one seemed to notice because their attention was focused on his hairy torso. Note the nails through his hands. In crucifixions they were hammered through the wrists 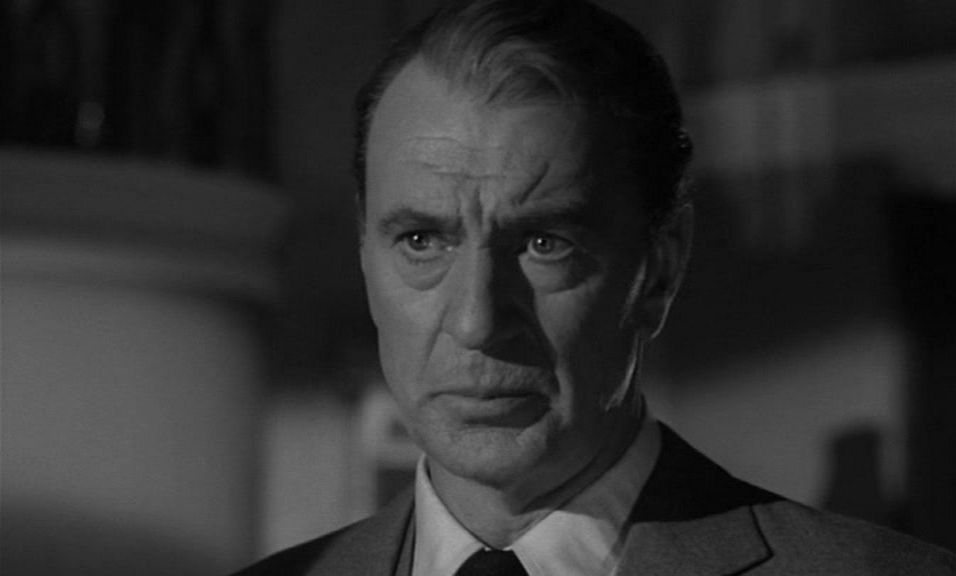 The Naked Edge was completed just before Christmas 1960 and released in June the following year, just a few weeks after its male lead Gary Cooper had passed away. He had been desperately ill throughout the shoot with cancer, yet he was very nearly killed on location at the Tower of London. Just two minutes after he left his dressing-room the entire structure was blown to pieces. The explosion was caused by a faulty heater.

In the 1961 version of The Parent Trap, Joanna Barnes played Vicky Robinson, Maureen O’Hara’s beautiful but wicked rival for Brian Keith’s affections. Thirty-seven years later Joanna was back, cast in the 1998 re-make, this time as her previous character’s mother. For some unfathomable reason her character’s name was changed from Vicki Bates in the original to Vicky Robinson in the re-make.

Hombre (1967) is a truly under-rated western. In fact, Sean Connery has described it as his favourite film of all time, a surprising statement given it starred his ex-wife Diane Cilento and the two did not part on amicable terms. Frank Silvera, despite being a Jamaican by birth, has a memorable role as a Mexican bandit, Diane herself is excellent, and Richard Boone is a wonderful villain. In 1970, at the age of 55, Silvera accidentally electrocuted himself while attempting to repair a faulty garbage disposal in his kitchen, and we lost a truly interesting character actor. 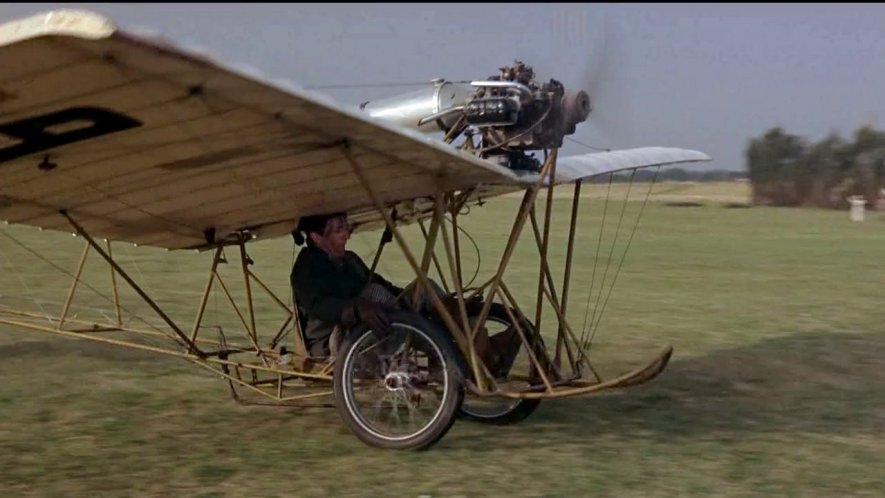 The French entry flown by Pierre Dubois in Those Magnificent Men in Their Flying Machines (1965), is a beautiful replica of the ‘Demoiselle’, a tiny aircraft designed by Brazilian Alberto Dumont. The replica (like all 20 of the aircraft used in the movie) was built exactly to the original plans and with materials only available back in 1910. Even so, nobody was able to get the ‘Demoiselle’ off the ground until it was learned that Dumont had been a very small man – just 85 lbs in weight. So, a small female pilot was found to fly the aircraft in the movie (always filmed from a distance) and the problem was solved. 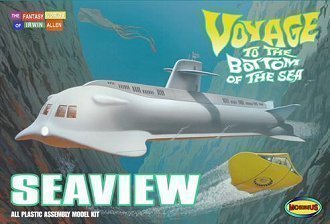 The Seaview – glass windows and all

The makers of Voyage to the Bottom of the Sea (1961) really struggled when it came to creating the submarine Seaview, not to mention the underwater difficulties it encountered. Even today it is not possible to build a workable sub of that size with a glass nose! And no sub built can withstand the pressure existent at the bottom of the Marianas Trench, even one without a glass nose. As for the scene in which the Seaview narrowly avoids sinking icebergs, well, it is just plain dumb. Any high school science student knows that ice is less dense than water and will always float, not sink.