Hoodlum Johnny Stompanato was intimately involved with actress Lana Turner at the time of his death on April 4, 1958 in Los Angeles. There has been argument and speculation about how he met his end since that day. One school of thought has Lana’s 14 year-old daughter Cheryl Crane killing him (justifiable homicide). The other has Lana herself doing the deed and arranging for Cheryl to take the rap in order to avoid prison time and to save her dwindling career. 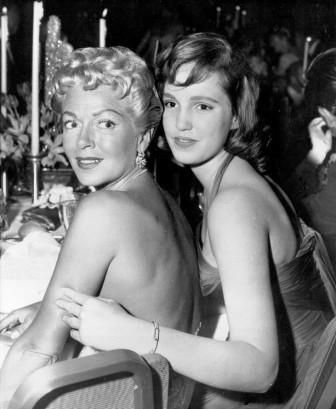 The official court ruling was ‘justifiable homicide’. A jury of 12 souls took just a few hours to unanimously accept Lana’s story that Cheryl more or less accidentally killed the guy. Lana took the stand and many say it was the finest acting performance of her life. Maybe it was. Or was it the truth? She had recently been up for an Oscar for Peyton Place. She had not won but her enemies felt her performance at the inquest was far superior. It was certainly more important. 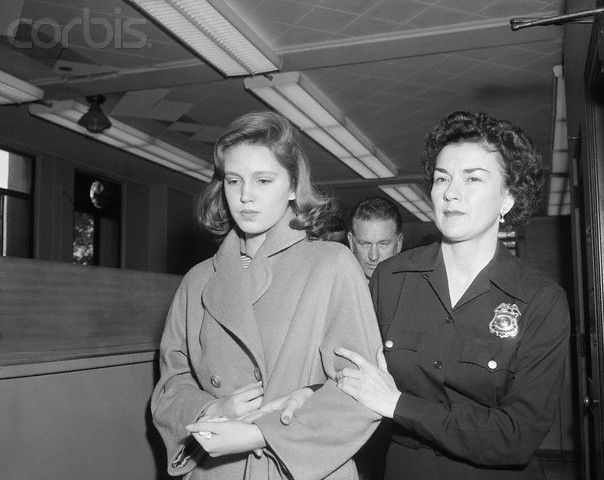 Cheryl at the inquest

Lana took the stand and claimed that she had attempted to break with Stompanato after he had beaten her when she and Cheryl had returned home from the Oscars night, but he refused to end the relationship. On the evening of April 4 a violent argument erupted in Lana’s bedroom which was next door to Cheryl’s. The 14 year-old girl heard him threaten to slash her mother’s face unless things returned to the way they were before. She ran to the kitchen and grabbed a knife that Johnny and Lana had purchased that very day, then returned to stand outside her mother’s closed bedroom door. 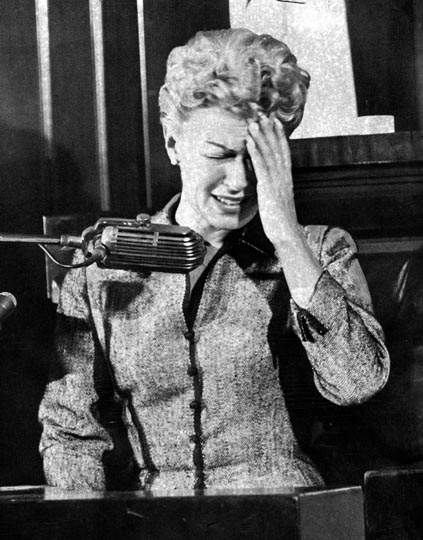 Lana testified that he held a razor to her face that evening and said he would cut her, ‘just a little now to give you a taste of it.’ If it went beyond that’, he added, ‘he would kill me and my daughter and my mother’. Cheryl overheard the threats. ‘I was walking towards the bedroom door’, Lana continued, ‘and he was right behind me. And I opened it and my daughter came in. I swear it was so fast, I…I truthfully thought she had hit him in the stomach. The best I can remember, they came together and they parted. I still never saw a blade.’ Stompanato staggered and fell to the floor. Cheryl dropped the knife to the floor and backed away.

Lana helped her to her room and returned to Stompanato who was wheezing horribly. She took the knife and dropped it in the sink. Then she called her mother. Within minutes a doctor and her mother arrived, Lana gave Johnny mouth-to-mouth resuscitation. The doctor gave him a shot of adrenaline in his heart but it was too late.

The coroner’s report described the cause of death as: ‘Stab wound of abdomen penetrating liver, portal vein and aorta, with massive haemorrhage.’ In court, however, he stated that the single stab wound to the abdomen sliced the deceased’s kidney, struck a vertebrae and twisted upwards, puncturing his aorta. ‘A whole team of doctors could not have saved him’, he concluded.

Stompanato was a 42 year-old ex-Marine, a big man and a powerful one, yet the jury readily accepted that he walked out of Lana’s bedroom and virtually ‘walked into’ the 10” butcher’s knife held in 14 year-old Cheryl’s hand. It caught him in the abdomen, puncturing a kidney and his aorta. He fell to the carpet and bled to death on the floor, yet the official police photograph of him lying on his back in the bedroom (an officer crouched over him) appears to show no blood at all. Nothing. Surely such a wound would bleed profusely. 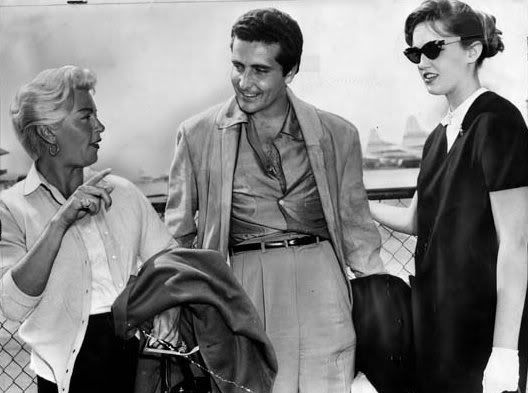 In 1988 Cheryl published her autobiography: ‘Detour: A Hollywood Story’, and her recollection of the actual stabbing was as sketchy as her mothers, but with a little spice added to it. She claimed Johnny was sexually abusing her, just as one of her step-fathers, actor Lex Barker, had been doing from the time she was 10 until she told her grandmother of his assaults three years later. Grandma Turner told Lana who evicted Barker at gunpoint. Charges were not pressed because Lana believed her career would not survive the scandal. Most conveniently, Cheryl’s recollection of the killing of Stompanato also contained blanks. For instance, she could not remember grabbing the knife from the kitchen. Nor could she actually recall stabbing anyone intentionally. ‘It was like I came out of a dream’, she wrote, ‘and everything came apart.’

The dead man’s son, John Stompanato III, filed a million dollar civil lawsuit following the ‘justifiable homicide’ verdict, accusing Lana herself of stabbing his father to death and convincing Cheryl to take the rap. Being a 14 year-old she could not be tried in an adult court and would be more than likely to get off, which is precisely what happened.  Sources say Lana settled out of court for $20,000 rather than go through the whole process again. At her own request, Cheryl was made a Ward of the Court and placed in the custody of Lana’s mother until 1961. She ran off twice, but was eventually released in April 1962, 8 months after her 18th birthday.

Stompanato had worked as a bodyguard and moneyman for Los Angeles mobster Mickey Cohen, although they had severed ties just a few weeks before his death. Associates, including Cohen, were convinced that Johnny and Cheryl were sexually involved, that Lana had discovered them in bed asleep and had stabbed Stompanato to death as he slept. But the accusation that Cheryl and Stompanato were sexually involved and that Lana had become insanely jealous does not hold water. Cheryl claims she has always held feelings for members of her own sex, not for men, and that this had nothing to do with Barker’s abuses. Those feelings began before that, she says. In 1968, at a party thrown at actor Wally Cox’s home, she met model Jocelyn LeRoy. ‘She took my breath away’, said Cheryl. The couple has lived together in a lesbian relationship for over 40 years! Cheryl may have stabbed Johnny, but I doubt very much if she was a willing part of a love triangle with him and Lana.

‘Lana Turner: Hearts and Diamonds Take All’, a 2017 book by none other than Darwin Porter, throws a whole new light on the killing. Porter claims via several interviews, with individuals such as former detective Fred Otash, that not only did Lana kill Johnny, but that she, Otash, Cheryl and ‘attorney to the stars’ Jerry Giesler ‘arranged’ the crime scene before calling the police. Of course, Porter is no stranger to making statements that set tongues wagging. He also has a frustrating habit of citing dead people who cannot corroborate his claims, so we must weigh very carefully everything he says or writes. 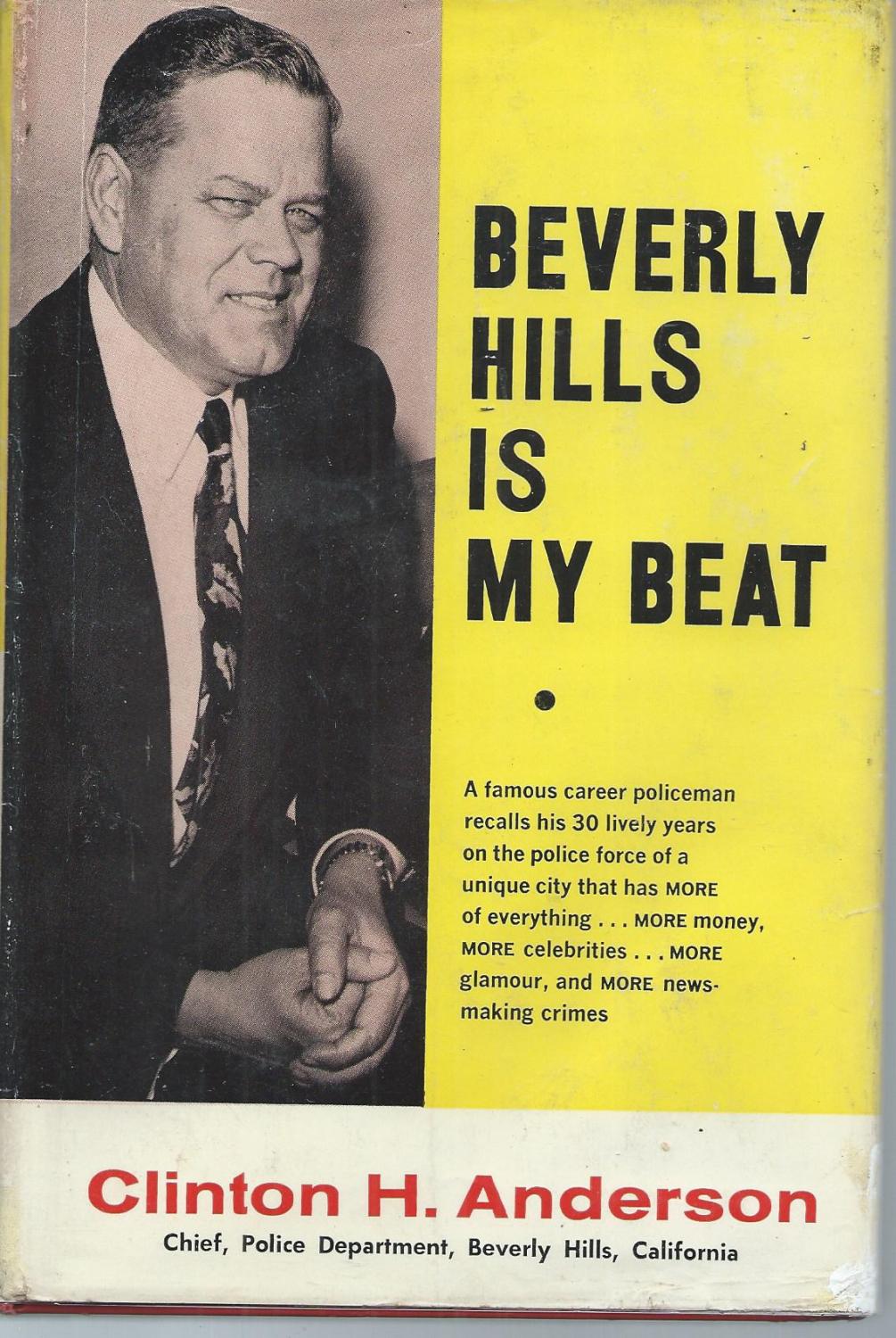 According to Porter, Mr. Otash told him that he received a phone call from Lana’s place (from Giesler) telling him to, ‘Get right over here. Stompanato’s in Lana’s bed, which looks like a hog was butchered! ’He said that Lana had found Stompanato molesting Cheryl and had stabbed him herself. Otash was given the task of getting rid of the sheets, removing any sign of blood and cleaning the murder weapon of Lana’s fingerprints, then placing it briefly in Cheryl’s hand. Only then did they called the police. It was Giesler who thought up the idea of having her take the rap.

Police Chief Clinton Anderson arrived on the scene and smelled a couple of rats straight away. A lack of fingerprints in the room told him at once that someone had cleaned it thoroughly. And there was not enough blood at the scene. However, Otash and Giesler had enough dirt on Anderson to wreck his career, so the police chief never aired his suspicions. Otash said that Peter Lawford knew Lana had done the killing. So did the rest of the Rat-Packers. Years later Lana’s last husband claimed that Lana had become drunk one night and confided to him: ‘I killed the son-of-a-bitch and I’d do it again.’ Lana was as dead as Johnny by then, so the man’s statement could not be verified. The only one alive today who knows the whole truth is Cheryl. And she refuses to ever speak about that night again. 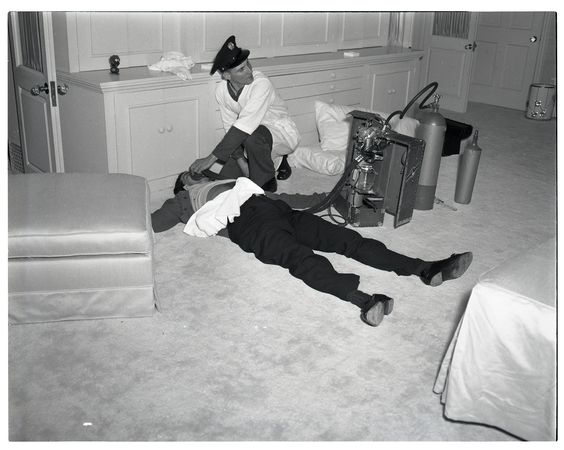 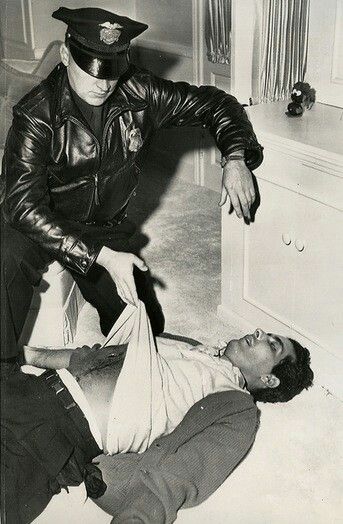 Personally, I find it hard to visualize a big, strong guy like Stompanato walking into Cheryl’s knife. I can imagine Giesler coming up with the plan because that was the kind of shady deal he revelled in. And I can imagine Otash cleaning up the scene. After all, he was brought in to do something similar when Marilyn Monroe…er…suicided. However, I can only imagine Lana cold-bloodedly stabbing a man to death if she did so out of sheer fear for her own life and that of her mother and daughter. If Stompanato truly did threaten the family he would more than likely have followed through on those threats. And nobody knew him better than Lana. There are holes in both stories, but there is one factor that simply does not add up – How could a man bleed to death through a punctured aorta on a bedroom floor and not bleed on the carpet? All pictures of the late Mr. Stompanato (from any side) show him stretched out on his back on Lana’s nice clean carpet – and not a speck of blood in sight. Why is that?