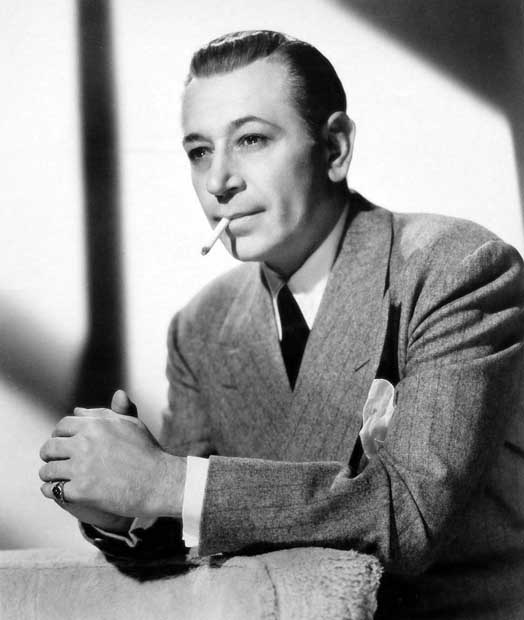 George Raft turned down the leads in High Sierra and The Maltese Falcon (both in 1941), thereby giving Humphrey Bogart’s career a huge kick-start. Contrary to public opinion though, he never turned down Casablanca (1942). Why? Because he was never offered it. There are many myths and a lot of folklore surrounding that wonderful movie and that is just one of them. 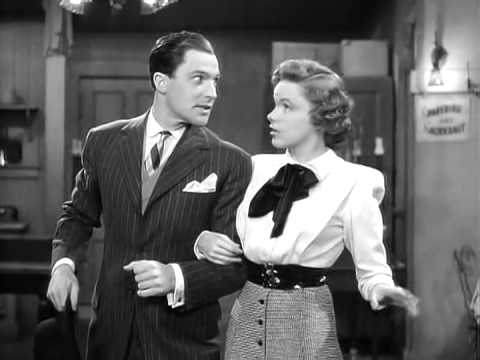 Judy Garland was responsible for recruiting Gene Kelly for her 1942 success For Me and My Gal. She spotted him in ‘Pal Joey’ on Broadway and insisted he make his screen debut as her lover in this picture. 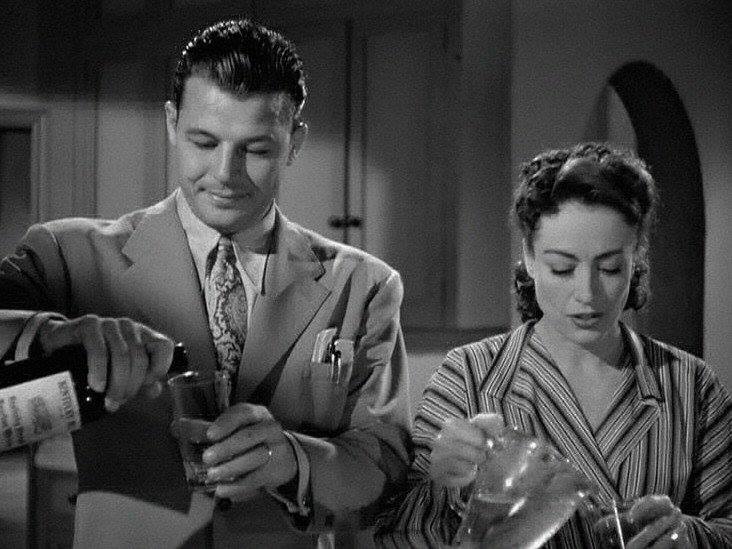 Jack Carson was one of the principal players in Mildred Pierce (1945). In a drunken interview years later he had this to say: ‘I always wanted to fuck a big name star. Hepburn and countless others turned me down. I only hit pay dirt when I played opposite Joan Crawford in 1945 in Mildred Pierce. She tossed me off a mercy fuck.’ Charming, Jack.

During the shooting of Tortilla Flat in 1942, the female star Hedy Lamarr stormed off the set and did not return for three days. Ralph Bladgeon was working as a grip on the picture and recalled that the male lead, Spencer Tracy, feeling he had been miscast, was drinking heavily which led to a blow-up with his leading lady. In front of the cast Tracy shouted at her: ‘You can’t act, bitch, and you never could. All you’re good at is giving great head!’ LB Mayer ordered Hedy to return to work.

Cary Grant was the first choice to play the leading role of the teacher Roger Cadell in the 1948 Hitchcock vehicle titled Rope. However, he declined the part, probably because he was aware that the original play had Cadell having an affair with one of the two killers while in school. Firmly closeted Cary tended to shy away from anything with even a suggestion of homosexuality. The unquestionably heterosexual Jimmy Stewart took the role. The killers, incidentally, were portrayed by two known homosexual actors – Farley Granger and John Dall. 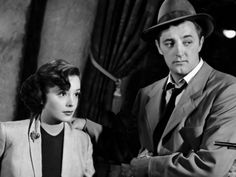 When pretty Jane Greer chose to end her relationship with Howard Hughes, he vowed to get even with her. He had intended to cast Jane Russell opposite Robert Mitchum in The Big Steal (1949), but Mitch’s recent marijuana bust was a concern. Hughes did not want Russell’s career tainted by association, so he cast Miss Greer as punishment for rejecting him. As it happened, neither Mitchum’s career nor Jane’s  suffered unduly from this storm in a teacup. Robert Walker was drinking heavily during the making of Thirty Seconds over Tokyo (1945). His marriage to Jennifer Jones was gone and he took it badly. He and the star of the picture, Spencer Tracy, became drinking pals. ‘I knew he was gay but I had no problem with that’, Walker said later. ’He made a pass or two but I easily deflected them. If I were a homosexual – and I’m definitely not, as half the women in Hollywood can testify – I’d go for Robert Mitchum, not for an old goat like Tracy.’

Sleazy George Jessel sent orchids to Anne Baxter’s mother, in a bid to get her to allow 16 year-old Anne to go out with him. Jessel was 41 at the time!  A decade later he came up with the story for a little picture called You’re My Everything and, in doing so, came across Anne again. In the limousine taking them from Milwaukee to Chicago to promote the movie, she had to ‘fight off his flailing little paws’ the entire way. Jessel was one of those Hollywood denizens who felt ordained to molest every pretty actress he encountered. Most of the modern myths about werewolves originated with the 1941 feature film The Wolf Man. Myths such as werewolves being created via a bite from a wolf; that they are immortal and can only be killed by a silver bullet; that their victims are marked with pentagrams and that they change into werewolves during a full moon, are all creations of novelists in the 1930s and adopted for this picture. 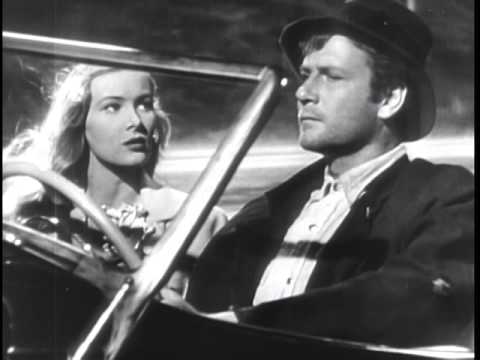 When Veronica Lake starred opposite Joel McCrea in Sullivan’s Travels in 1941, she was somewhere between 6 and 8 months pregnant by the time shooting was completed. She was fearful of being replaced, so costume designer Edith Head concocted dresses that cleverly hid her condition. Only Edith and Louise Sturges, the wife of director Preston knew she was with child. Veronica was just 1.51m tall (just under five feet), so disguising her condition was quite an achievement. McCrea, on the other hand, was 1.89m tall (almost 6’3”), making them the most miss-matched couple height-wise in movie history. The collaboration was not a happy one, however. McCrea refused to ever work with her again.

There is a little bit of ‘sleight of hand’ perpetrated on cinema-goers during the 1941 Bette Davis drama The Little Foxes. In one scene Horace (played by Herbert Marshall) walks towards the stairs and momentarily disappears behind a curtain. There he is substituted by a stunt man who completes the scene by crawling up the stairs. Why? Because Herbert had lost a leg during World War One and his character was still supposed to have both of his.

Anne Baxter wrote of her experience as a 19 year-old during the making of The Magnificent Ambersons (1942). Orson Welles directed the picture and one evening, an inebriated Orson secretly sent his chauffeur home and, pleading no transport, asked Anne if she would drive him. ‘Gad, what a drive’, she recalled. ‘I prayed for a policeman. Six feet four, 250 pounds, and what seemed like six hands in my shirt. All he kept saying was, ‘Oh, the beauty of it, Oh, the beauty of it’. In tears of rage I finally shoved him out at Sunset Boulevard, threw my tattered bra in the gutter, and gunned up the hill to home and mother.’