Enough has been written down the decades about this iconic musical to last a lifetime. I thought it might be interesting, instead, to find out what has happened to the cast members in the interim. Here is a brief rundown on the major players. Where possible I have included pictures of each player as he or she appeared in the movie, and how the children grew into adulthood, some 50 years down the track.

Did you notice?: At the end of the movie the family is shown trekking over the mountains outside Salzburg, escaping across the border – into Nazi Germany! Oops! In real life they took a leisurely train ride to Italy, then a ship to America.

Christopher Plummer (Captain von Trapp): Born in Canada in 1929, he is still a Canadian citizen despite residing in the US most of the time. In 2012 he became the oldest ever Oscar-winner when he won for Beginners in 2012. He could have been Gandalf in the Lord of the Rings trilogy, but he turned it down. And he regrets doing so. ‘I think it had to do with spending four years in New Zealand’, he said. On The Sound of Music: ‘Yeah, it drives me nuts…it’s just a relentless pursuing of this film that goes on and on…God almighty, what is the matter with people?’ Not a lot of ambiguity there, Chris. Below: As Captain von Trapp, as he is today. Julie Andrews (Maria): Born in England in 1935. Yes, she will be eighty in October. In 1969 she married director Blake Edwards who put her into a few sexy-type roles, a far cry from the sugary, singing roles the world associated with her. In 2001 she reverted to type and starred in the saccharine The Princess Diaries films. Yuk! Her throat surgery operation in 1997 was apparently botched, because she successfully sued Mt Sinai Hospital in New York for malpractice, settling out of court for a tidy 30 million dollars! Incidentally, she received 225,000 for making The Sound of Music. Below: As Maria, and in later years. Eleanor Parker (The Baroness): Ohio-born Eleanor died in 2013 at the age of 91. The movies have produced many dazzlingly beautiful women but, in my opinion, none could match Eleanor Parker at her peak in her twenties. She was already 43 when she made The Sound of Music. Beautiful and talented, Eleanor was never really acknowledged by Hollywood. Playing the Baroness in this (rather blandly in my view) is probably what she is most remembered for, and that is a great pity, for she was first and foremost an actress of the highest quality. In 2013 her body was cremated and her ashes scattered in the Pacific as per her request. Below: as the Baroness, and at the peak of her beauty.

Richard Haydn (Max Detweiler): Born in England in 1905. If you ever watch Disney’s 1951 animated version of Alice in Wonderland, he provides the voice of the caterpillar, but he will doubtless be remembered as Max the promoter in The Sound of Music. He died from a heart attack in 1985. Below: as Max.

Peggy Wood (Mother Abbess): Born in Brooklyn in 1878, Peggy took Broadway by storm in her youth, a highly talented and attractive songstress, who was also a member of the prestigious Algonquin Round Table in New York City. Members included Robert Benchley, George F Kaufman, Dorothy Parker, Robert Sherwood, Alexander Woollcott, Edna Ferber and Harpo Marx, just to name a few of the smartest and wittiest people in the Big Apple. Her singing in The Sound of Music was dubbed by Margery McKay, yet Peggy was nominated for an Oscar for her performance in the film. Figure that one out if you will. She died at 86 in 1978 from a stroke. Below: as Mother Abbess, and in her Broadway days pre WW1. 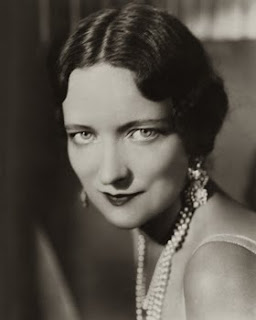 Ben Wright (Herr Zeller): A Londoner, born in 1915, Wright possessed an extraordinary talent for dialects. During his career he played many Frenchmen, Germans, and other Europeans. Whenever asked to portray an Englishman he insisted on knowing which part of England the character hailed from, so that he could use the corresponding dialect. He provided the voices for Grimsby in The Little Mermaid (1989) and Roger Ratcliff in 101 Dalmations in 1961, two vastly different dialects. A heart attack claimed him in 1989. Below: as Herr Zeller.

Daniel Truhitte (Rolfe): A Californian, born in Sacramento in 1943, Liesl’s young boyfriend ‘Rolfe’ is now 71 years old. He met his first wife, Gabrielle, while on location in Austria for The Sound of Music. She was Charmian Carr’s Austrian stand-in. Believe it or not, Gabrielle’s real parents’ names were Rolf and Liesl. His son, Thomas Truhitte, is a famous operatic tenor. After shooting TSOM he joined the United States Marine Corps. Below: as Rolfe, and today, Charmian Carr (Liesl): The dimpled beauty who played Liesl was 22 years old when the picture was made, having been born in Chicago in 1942. She has always treated Nicholas Hammond, who played her brother Freidrich in the movie, as her real life brother. They are very close. She has two children but was divorced in 1991. In the 1990s she started a decorating company which numbered Michael Jackson among its many clients. Among those she beat to get the role of Liesl was the ill-fated Sharon Tate. Below: as Liesl, and later in life. In September 2016 she passed away aged 73 from complications related to dementia, the first member of the movie von Trapp family to leave us.

Heather Menzies (Louisa): Canadian Heather Menzies was fifteen when she played Louisa in The Sound of Music. Ten years later she married a fine actor named Robert Urich. Those who enjoyed the brilliant Lonesome Dove will remember him playing Jake Spoon. Sadly, he died from cancer at 55 in 2002. Heather, too, suffered from ovarian cancer, but happily overcame it. She has since formed a production company with her co-star in TSOM Angela Cartwright. Below: as Louisa, and today.

Nicholas Hammond (Freidrich): Born in Washington in 1950, Nicholas moved to Australia in the 1980s and decided to reside there permanently. If you ever see an episode of the 1977-79 TV series The Amazing Spiderman, it is Nicholas who plays Peter Parker/Spiderman. His real life girlfriend is Robyn Nevin, artistic director of the Sydney Theatre Company. Below: as Freidrich, and as an adult. Duane Chase (Kurt): American Duane gave up acting after high school to study geology at university. In the movie he was required to hit that very high note, but was unable to do so. Charmian Carr’s sister, actress Darlene Carr, hit it for him. His character, Kurt, was based on real-life von Trapp member Werner. Duane was actually en route to meet him when the 91 year-old former family singer died from a heart attack in 2007. Below: as Kurt, and as an adult. Angela Cartwright (Brigitta): Angela was born in England in 1952. You might remember her older sister, Veronica, playing Felicia Alden in The Witches of Eastwick back in 1987. Angela, on the other hand, went from The Sound of Music straight into a hit TV series Lost in Space, which ran for three seasons. Come to think of it, she was about the best thing in it. Today she lives in California, has two children, and is a photographer, writer, artist and part-time actress. Below: as Brigitta, and as an adult. Debbie Turner (Marta): I thought Marta was the cutest of the children. The producers must have thought so too, because they took one look at her at the auditions and hired her on the spot. After graduating from college she worked at a ski resort, met her future husband there, and learned how to ski at the same time. Later, she became the west coast ski racing champion. She now lives in Minnesota with her husband of 35 years and their four daughters. Below: as Marta, and as an adult. Kym Karath (Gretl): By the time 6 year-old Kym had won the role of Gretl in TSOM, she was already a veteran of three films, Spencer’s Mountain and The Thrill of it All, both made in 1963, and 1964’s Good Neighbour Sam. These pictures starred such luminaries as Henry Fonda, Maureen O’Hara, Doris Day, James Garner and Jack Lemmon. She has a degree in Humanities from USC, is married, and has a child. It is pretty much common knowledge now that she almost drowned in the ‘falling out of the canoe’ sequence in TSOM. She was unable to swim when she toppled out the opposite side of the boat to Julie Andrews who was supposed to keep her from harm. Heather Menzies fished her out, but not before Kym threw up all over her. Today, they are still close friends. Below: as Gretl, and as an adult.