Finding really likeable movie stars from the studio era can be quite a challenge at times. Carole Lombard, however, courtesy of her brazen, down to earth approach to life, was a woman who enjoyed the trappings of fame, but never let them seduce her. And that made her a rarity. She seemed to recognize Hollywood for what it was, a ‘Dream Factory’ full of mostly ordinary people blessed with extraordinary countenances and, more often than not, with very little else.

When many of her contemporaries became engrossed in their own importance, content only to mingle with other stars or directors, Carole preferred the company of electricians, stagehands, grips and other non-actor workers on the sets of her pictures. In fact, she often did not even bother requesting a dressing room of her own. It was not unusual for her director to find her enjoying a bawdy joke with a group of tradesmen, smoking and swearing like a muleskinner, holding their attention effortlessly. No wonder they adored her. She was one of them.

She was born Jane Peters in Fort Wayne, Indiana in 1908. Her folks divorced when she was eight; mum moved the family to Los Angeles and, at the ripe old age of 12, young Jane landed a one-movie contract after a director spotted her playing baseball in the street with a bunch of boys. It was a further five years before she gained a full contract with Fox, (under the name Carol Lombard), and scoring the lead in her first picture Hearts and Spurs in 1925. 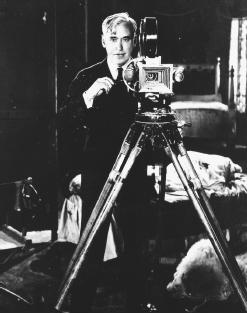 If Carole needed a lesson in Hollywood priorities, she had one a year later when her face was badly scarred in a car accident and Fox immediately cancelled her contract. It was believed at the time that the use of anaesthetic in plastic surgery operations would leave worse scars than the surgery itself, so she underwent several painful operations without it. These, plus the clever use of make-up, helped hide her scars, so she resumed her acting career. Director Mack Sennett picked her up for 13 comedy shorts in 1928. Given his reputation for only hiring actresses who first slept with him, it would be safe to assume that Carole was no exception. In the silent era that was just part of playing the game. Little would change in that regard after sound arrived either. For every girl who refused the advances of studio executives, there were 50 more in the waiting-room, ready to do whatever it took to get a foot in the door. By 1928 the ‘talkies’ had arrived, resulting in a great many silent stars falling by the wayside, betrayed by their unsuitable voices. Carole was not to be one of them. Her bright and breezy tones lent a certain sexuality to her good looks, and she was soon in demand at Pathe and Paramount, but it was 20th Century that utilized her romantic comedy talents most effectively. She became known as ‘The Queen of Screwball Comedy’, responsible for creating the ‘dumb blonde’ character. To enhance her ‘sexy’ image she often drew a shadow along her natural cleavage line to make her breasts appear larger.

Carole chose her roles carefully, sometimes just one a year, but by the late thirties she was raking in $35,000 a week as one of filmdom’s highest paid actresses. She was briefly married to William Powell, referring to him as, ‘the only intelligent actor I’ve ever met.’ A few years later, in 1936, they teamed up on-screen to make her best picture, My Man Godfrey. Carole was Oscar-nominated for it, but lost out to Luise Rainer in The Great Ziegfeld. She enjoyed a lengthy affair with crooner Russ Columbo, but it was tragically cut short when he accidentally shot himself dead while toying with an antique Civil War pistol. Even though she would later famously wed Clark Gable, Carole maintained throughout her short life that Columbo, not Gable, was indeed the love of her life. Orson Welles wanted her to star in a proposed film called Smiler with a Knife in 1941, one directed by him, but she said no. ‘I can’t win working with Welles’, she said. ‘If the picture’s a huge hit, he’ll get the credit and, if it’s a flop, I’ll be blamed.’ Carole may have excelled at playing dumb blondes on screen, but she was certainly no dummy off it. Her quotes are both legendary and colourful. When asked about her love life with ‘the King’, she replied, ‘He’s a lousy lay. A few inches less and they’d be calling him ‘the Queen of Hollywood’. On another occasion she was asked why she thought her career finally took off after several years in minor features. ‘I think it was adding that fucking ‘E’ that did it’, she laughed. One of her lovers, George Raft, walked into her dressing room as she was casually peroxiding her pubic hairs! ‘Relax, Georgie’, she said. ‘I’m just matching my collar and cuffs.’ For his part, Gable must have really wanted to marry Carole, having agreed to pay his wife Ria the extraordinary sum of $500,000 for a divorce, almost every penny he had in the world. Of course, he knew he could soon earn more, being the ‘King of Hollywood’ and all, but it was an enormous amount for 1939 nevertheless. Gable and Lombard met when they were extras on the 1925 version of Ben-Hur, but only starred in one picture together, that being No Man of Her Own in 1932. She was known by then as ‘the Profane Angel’. Evidently, it was the job of someone in each studio to come up with a nickname (usually moronic) for each of its female stars – hence ‘the Oomph Girl’ (Ann Sheridan), ‘the Body’ (Marie McDonald), ‘the Sweater Girl’ (Lana Turner), ‘the Ice-cream Blonde’ (Thelma Todd), ‘the It Girl’ (Clara Bow), and scores more. Columbia dubbed Kim Novak ‘the Lavendar Girl, and she positively hated it. At least Lombard’s name was descriptively quite accurate, for she was usually profane and mostly an angel.

Part of the Gables 1939 honeymoon was spent at Willows Inn in Palm Springs, California. The place still operates today, almost unchanged, and for a price you can spend the night in the same room (it’s called the Library Suite) they occupied on their honeymoon. Clark was dyslexic and Carole was not a reader, so chances are they found some other way to pass their time in the Library Suite. The owners have kept the room pretty much as it was in 1939.

Carole’s death really knocked Gable about psychologically. As head of the Hollywood Victory Committee, it was he who suggested her as his replacement for the bond-selling tour that cost her life, because he had movie commitments. He also knew that she only chose to fly back to Hollywood, instead of taking the train, because she did not trust him working with Lana Turner. The two stars were making Somewhere I’ll Find You at the time. Everyone knew that the stunning Lana was a notorious man-eater. And Carole knew her husband well enough to expect him to readily offer himself as a meal. As we know, in her haste to get back as soon as possible, she took a plane that flew into a mountainside outside Las Vegas, killing everyone on board.

Gable had bought her a pair of heart-shaped earrings inlaid with diamonds before she left. MGM’s Eddie Mannix found her decapitated head at the crash site and managed retrieved one of them, which he gave to Gable as a keepsake. The other could not be located. Later, Howard Strickling, head of publicity at MGM, told the press that the second earring was found ‘embedded in Carole’s heart by the impact of the crash’. Of course, it was untrue, but the public lapped it up. Racked with guilt and grief, Gable joined the USAAF and flew as a turret-gunner in B17s over Germany for a year, participating in at least five missions, maybe more. And they were not ‘milk runs’ either. Sources say that either Goering or Hitler offered a sizeable reward for his capture. Well, maybe. Veterans who served with him debunk stories that he had a death wish because he had not gotten over his wife’s death. By all accounts he was a reliable, level-headed crewman. He resigned his commission in 1944 because he was too old for combat (he was nearly 44). One of the many myths about Gable claims he suffered his fatal heart attack because he insisted on doing his own stunts on his final movie The Misfits. That was just not true. He had a stuntman for all of them. In fact, he had a heart attack while changing a tire on a jeep, followed by three more in hospital. The fourth one finished him in seconds.

Robert Matzen, in his 2013 book, Fireball: Carole Lombard and the Mystery of Flight 3, mentions that he spoke with a 94 year-old Albuquerque woman who was one of the four passengers ‘bumped’ off Carole’s fateful flight in 1942, to enable the actress, her mother and agent to board. She is the only person still living who had the good fortune to be removed from the passenger list. Carole had used her considerable charm and beauty to get her party aboard the plane that evening. Her last picture, To Be Or Not To be, was in post-production when she died. Before releasing it, producers chose to remove a line of dialogue her character speaks. She was to have uttered the prophetic words: ‘What can happen in a plane?’