Right from the earliest days of the silent picture era the moving picture moguls were aware that, more than any other commodity, sex sold. And, until the Hays Office reared its censorial head in 1922, they sold plenty of it. After a string of risqué films and several off-screen scandals in the industry, studio heads became increasingly fearful of government intervention in the movie business, intervention that might curb their dictatorial powers. In order to pre-empt such action they initiated the introduction of their own self-governing body, the Motion Picture Production Code (MPPC), headed by a Presbyterian elder and former Postmaster General of the United States, Will H. Hays. It was his job to rehabilitate the industry and remold its image, and his appointment came just in time. Legislators in no fewer than 37 states had introduced almost a hundred movie censorship bills in 1921 alone! But it was not just their image that concerned the studios. Hundreds, even thousands, of local communities were contemplating passing by-laws that bore with them the potential to prevent movies being shown in their theatres at all. Unless something was done (and done quickly), on-screen nudity, (as well as other issues), and off-screen scandals threatened to kill the goose that laid the golden egg. And it was an egg of gigantic proportions, a veritable license to print money. 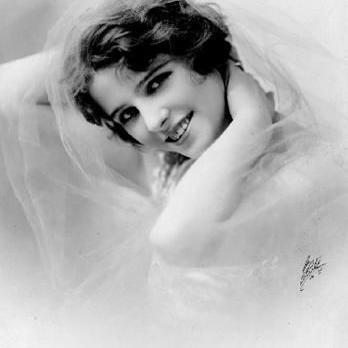 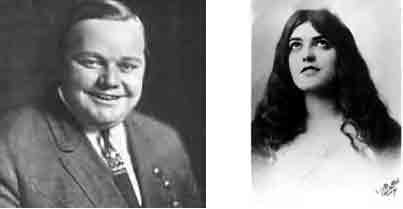 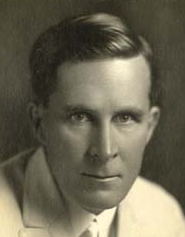 In 1920 the beautiful 25 year-old Olive Thomas died in agony after mistakenly drinking mercury bichloride she thought was a sleeping draught. Her husband Jack Pickford used the stuff to treat his chronic syphilis. The press, needless to say, latched onto the story with a vengeance. Just a year later comedian Roscoe ‘Fatty’ Arbuckle was shamefully placed on trial, accused of raping and murdering a 26 year-old nymphette named Virginia Rappe. He was completely innocent but the press had a field day. In 1922 director William Desmond Taylor was shot to death in his own home and his sexual history with several actresses created yet another scandal. And there were many more, each one eagerly reported on by a press that hungrily devoured every indelicate morsel, before regurgitating it to its insatiable readership. After all, movie stars were fast becoming America’s substitute for royalty and the public could not get enough information about Hollywood and its denizens. Silent features had always contained a liberal sprinkling of scantily clad young women because nudity sold. Well, female nudity, anyway. The sight of a naked member of the male gender is, even today, treated cautiously in mainstream cinema. As for rampant nude men, well…dream on those of you who fantasize over such things. Even so, religious, social and political critics in the Roaring Twenties demanded change and, with the Hays Office, their wishes were fulfilled. Mr. Hays had every intention of earning the $100,000 a year the studios paid him to police the industry. In today’s money it was the equivalent of well over a million dollars per annum.

The newly formed MPPC was not just concerned with celluloid nudity. Its brief by 1927 was to clean up every aspect of film-making, to remove, avoid or nullify a whole range of issues that it listed under two headings – a ‘Don’t’ list and a ‘Be Careful’ list. It is worth examining these potential ‘danger’ areas and one cannot help but wonder if the studio heads, on being presented with the list, had second thoughts about the wisdom of deciding to regulate themselves.

It was resolved that none of the below-mentioned things could appear in pictures presented by members of the Association, irrespective of the manner in which they might be treated:

This all-encompassing list is even more interesting than the ‘Don’t’s’ list. The MPPC ruled that ‘special care be exercised in the manner in which the following subjects are treated, to the end that vulgarity and suggestiveness may be eliminated and that good taste may be emphasized.

Curiously, the ban on homosexuality, or the utterance of specific swear words like ‘fuck’ and all the other heavier expletives, were never directly mentioned, but were presumed to be taken for granted anyway. Sexual relations outside of marriage could not be portrayed as either beautiful or attractive and could not be presented in a way that might arouse passion or make them seem permissible.

Interestingly, there is no mention of the practice of slavery anywhere in either list. ‘White slavery’, of course, refers to prostitution. Presumably, the term did not include black or oriental prostitutes. Having perused both lists carefully, it is a wonder that any movies of even vague interest were made at all. By the late 1960s enforcement of the Production Code had become impossible and it was abandoned entirely.