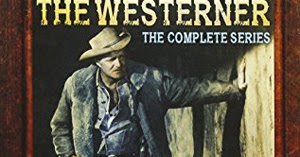 This was a series created by Sam Peckinpah about a cowboy named Dave Blassingame who wanders the American West with his faithful dog ‘Brown’. It may have enjoyed a longer run but for Peckinpah’s insistence that the sets and clothing should reflect gritty realism at a time when TV audiences had become accustomed to their western heroes exuding an element of glamour and make-believe. The series’ chances of success were not helped by its placement opposite the very popular Route 66 and The Flintstones. The lead character in The Westerner is portrayed by Brian Keith, one of my favourite actors; his dog is played by the same animal that played the title pooch in Old Yeller, the iconic Disney feature released in 1957.

One of the thirteen episodes of The Westerner titled ‘Line Camp’, was the basis for the 1968 western feature film Will Penny, starring Charlton Heston. In 1991, Keith played the Blassingame character in an intriguing tele-movie called The Gambler Returns: The Luck of the Draw. The film also featured a number of 1950s and 1960s television Western series leads reprising their roles in quick cameo appearances. These included (among others) Gene Barry as Bat Masterson, Hugh O’Brian as Wyatt Earp, Jack Kelly as Bart Maverick, Clint Walker as Cheyenne Bodie, Chuck Connors and Johnny Crawford from The Rifleman and even David Carradine as Kwai-Chang Caine from Kung Fu. James Drury and Doug McClure (formerly in The Virginian) are on-screen for a moment or two. It is fun trying to identify the numerous elderly former stars as they bob up. 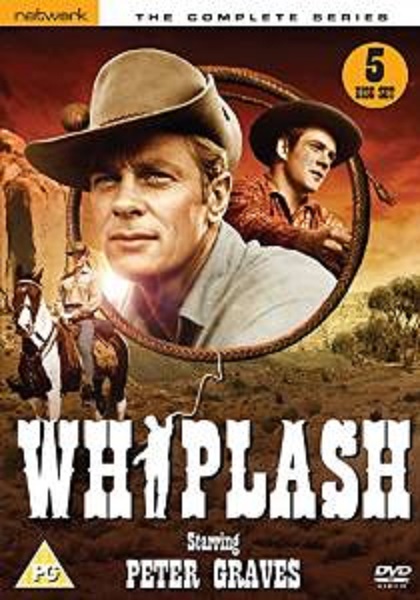 This series was unique in that it was set, not in the American Wild West, but in the Australia of the 1850s Gold Rushes in that country. Peter Graves (the younger brother of Gunsmoke star James Arness), portrays Chris Cobb, a character inspired by Freeman Cobb, the real life founder of the Australian stagecoach line of that era. The similarity between Chris and Freeman, however, ended there. Chris brandishes a pistol and a whip to settle disputes; Freeman did no such thing. Graves was already known to Australian audiences through his portrayal of rancher Jim Newton in the 1955 TV series Fury. In 1967, he would become world famous as Jim Phelps in the CBS television series Mission Impossible, a show that ran until 1973 and spawned a movie franchise that made Tom Cruise a megastar.

Almost every American Western was shot within thirty miles of Hollywood in terrain that had become extremely familiar to TV viewers. Whiplash provided a refreshing change of scenery because it was shot mostly in New South Wales, Australia. Consequently, it was not exactly a ‘western’ but more an ‘adventure series’. A ten-day sequence was also filmed in central Australia, around Alice Springs, Ayer’s Rock, the MacDonnell Ranges and the Ormiston Gorge, thus adding to the uniqueness of the scenery. Despite these obvious pluses, the set was not a happy one. The finding of supporting Australian actors often proved to be a source of contention. The producers preferred to use radio stars, simply because they generally spoke in British accents and not Australian ones. It was felt that the broad Aussie accent would be difficult to understand for both American and other international viewers. Top recording artist Frank Ifield sang the theme tune. 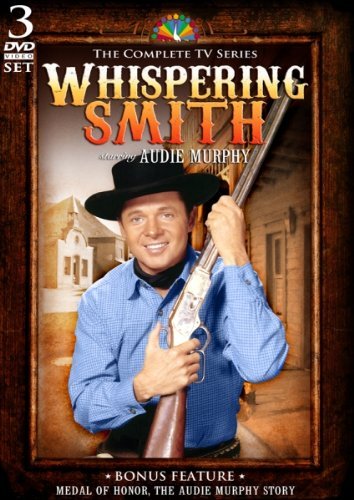 On the surface, this series appeared to have the ingredients for a long-running show. But it was 1961 by the time it went to air and audiences were starting to have their fill of cowboy series. The popularity of the Western, it seemed, was living on borrowed time. Based upon the 1948 film of the same name, (starring Alan Ladd), the series starred Audie Murphy, arguably the most popular Western star of the day. It appeared destined for small-screen success yet it was not to be. Matters were not helped when, due to unexpected production issues at NBC, it was not screened until May 1961, even though filming had commenced way back in 1959. Murphy’s character, Tom ‘Whispering’ Smith, is a 19th century police detective operating out of Denver, Colorado, in a show that exhibits elements of both Have Gun – Will Travel and Tales of Wells Fargo, two of the more successful series, although it is clearly set sometime after them – in around 1874. Perhaps, therein lay one problem. It could not make up its mind if it was a Western or a detective show. There was even a problem with Murphy’s horse, Joe Queen. It was forever outrunning all the other mounts, forcing him to use a ‘double’ steed. As it happened, however, there would be other far more serious problems, issues that would ultimately bring about the demise of the show. 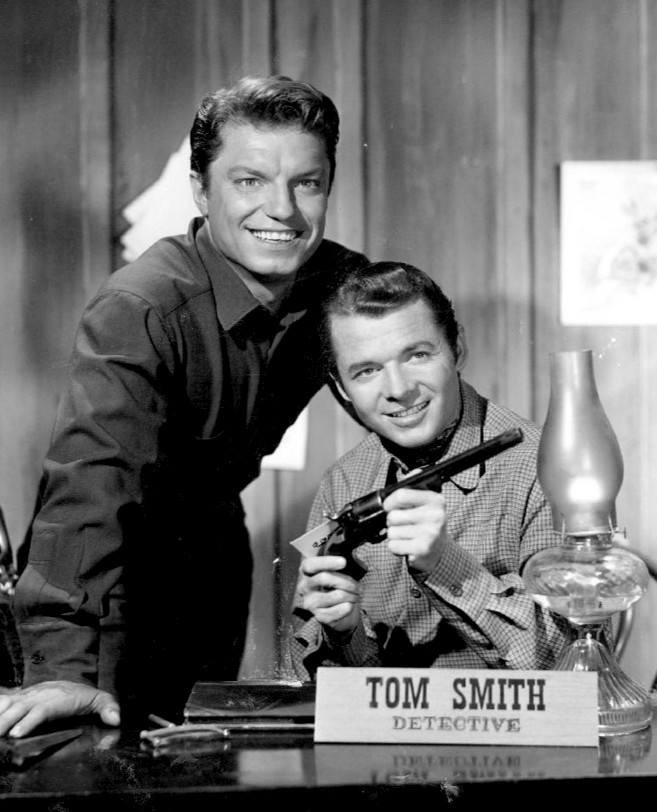 Recording artist, the very popular Guy Mitchell co-starred as Detective George Romack. Unfortunately, he fell from a horse and broke his shoulder seven episodes into the series. He took six weeks to mend. By the time he had recovered Murphy had a film commitment (Hell Bent for Leather) which was to be shot between August and September 1959, so production had to be further postponed. Worse was to follow. Twenty-eight year-old actor Sam Buffington, co-starring as Police Chief John Richards, unexpectedly committed suicide and had to be replaced. ‘I guess he must have seen the rushes’, was Murphy’s sarcastic and most insensitive comment. The premiere was again rescheduled, only to be once more delayed, this time by an NBC news special. 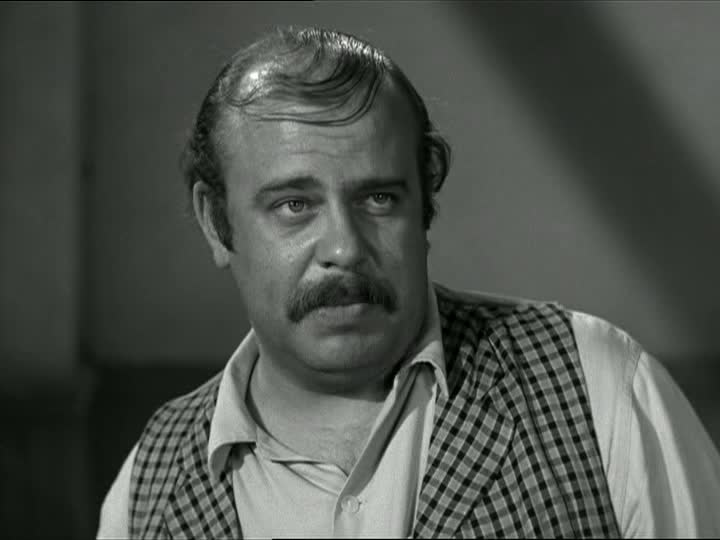 Then, following the series’ eventual premiere, the US Senate Juvenile Delinquency sub-committee claimed that it was ‘excessively violent’ and opened a hearing into the issue. The sub-committee hearing dragged on and, by the time it had concluded, Murphy had lost interest in the series and it was soon discontinued. Had Whispering Smith proved to be a success, Murphy informed TV Guide, he would have been ‘hooked to go back. I’m not really looking forward to it being a smashing success’, he added. ‘My contract is firm for something like eighty-six episodes. I just don’t think I could stand that.’ Luckily for him, he did not have to. It was rating poorly against proven ratings winners Surfside Six and The Danny Thomas Show, anyway. 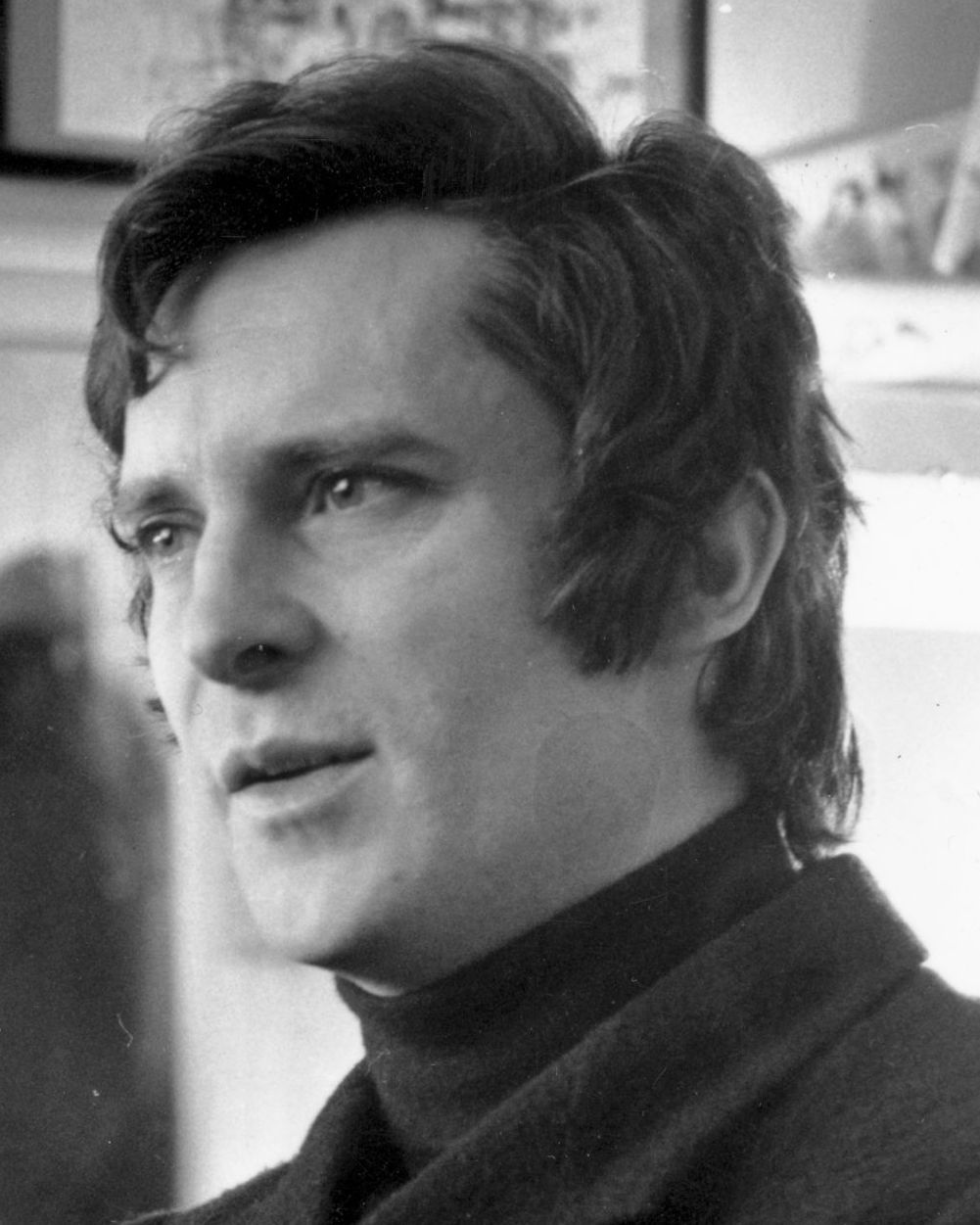 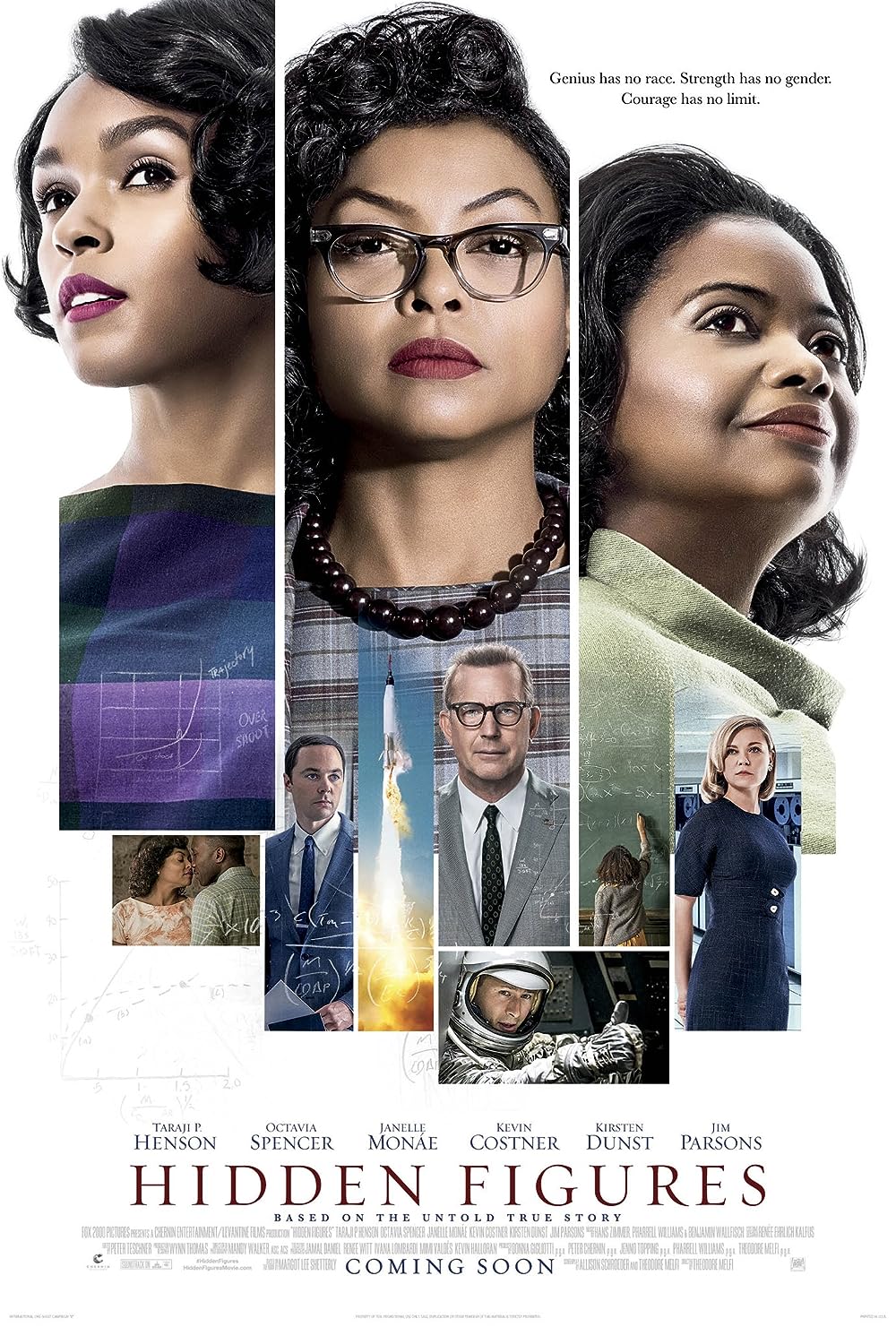