The Karate Kid (1984) was so successful that it spawned sequels in 1986, 1989 and 1994. Ralph Macchio, who played the high school student Daniel LaRusso, was actually twenty-two years old when the picture was being shot. Furthermore, Elisabeth Shue, his girlfriend in the film, was almost twenty-one! In fact, she interrupted her studies at Harvard to be in the picture. Pat Morita won an Oscar nomination for his portrayal of Daniel’s karate coach Mr. Myogi. Pat knew no karate whatsoever in real life. Neither did he speak with a Japanese accent, having been born in California and lived his entire life in the USA. He actually spoke perfect, accent-free English. The studio wanted to cut the scene in which Miyagi gets drunk but the director successfully argued for it to remain in the film. And it was that particular scene that led to Morita being nominated. In his private life Morita had a drinking problem which ultimately led to his death from kidney failure at seventy-three.

In the movie, Mr. Myagi reveals that he served in the American Army, in the Japanese-American 442nd Regimental Combat Team in Europe fighting against the Germans during World War Two. Morita, however, was a ten year-old boy when he and his family were forced to relocate to an internment camp in Arizona in 1942. After a year or so they were transferred to a camp called Manzanar in Northern California. Most Japanese-Americans were interned in a dozen such camps across the United States during the war. Much later, some of those who survived the camps were paid some compensation by the U.S. Government and give a formal apology. The amount in no way made up for their confiscated property that was taken from them before or during the internment. 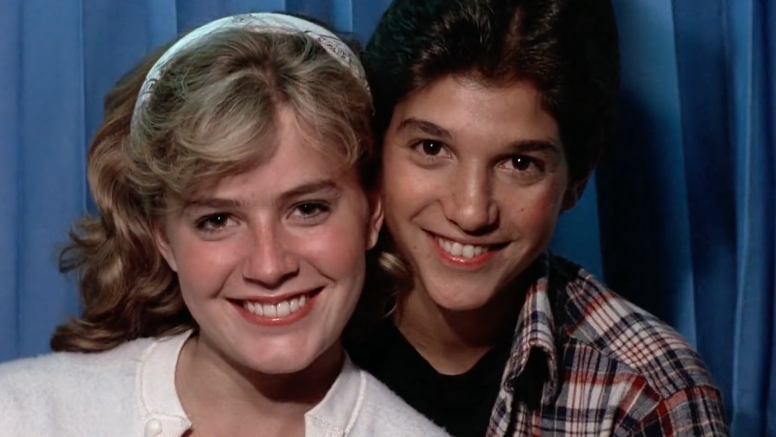 The yellow classic automobile that Daniel polishes in the famous ‘wax-on, wax-off’ training scene was a 1948 Ford Super De Luxe. The producer gifted it to Macchio who still owns it. If you have ever wondered about the fly that Mr. Miyagi was forever trying to catch in mid-flight using only his chopsticks, it was attached to a fishing line and being moved around by a crew member. Elisabeth Shue has since stated that she did not think much of Macchio playing a martial artist. His scrawny, light build was covered up to some extent by his uniform (Karategi) in the tournament. Chad McQueen, who portrays the extremely nasty ‘Dutch’, incidentally, is the son of Steve McQueen. 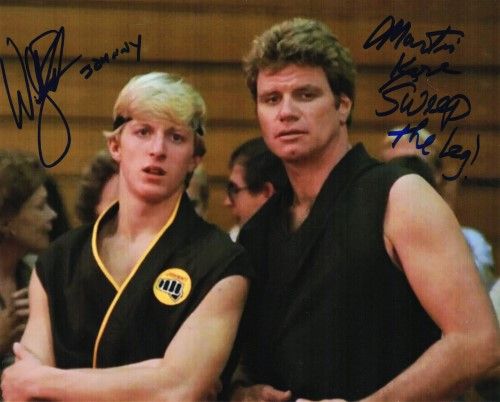 William Zabka played Johnny Lawrence, Daniel’s main protagonist. He had no martial arts experience prior to making this film, although he was an accomplished wrestler. In real life he, Macchio and Martin Kove (Sensei John Kreese) are close friends. In the tournament scene extras booed Zabka even when the cameras were not rolling. His real life mother was in the crowd and kept trying to explain that he was really a very nice person. The Karate Kid was made on an $8 million budget. It grossed over $91 million in the USA alone. 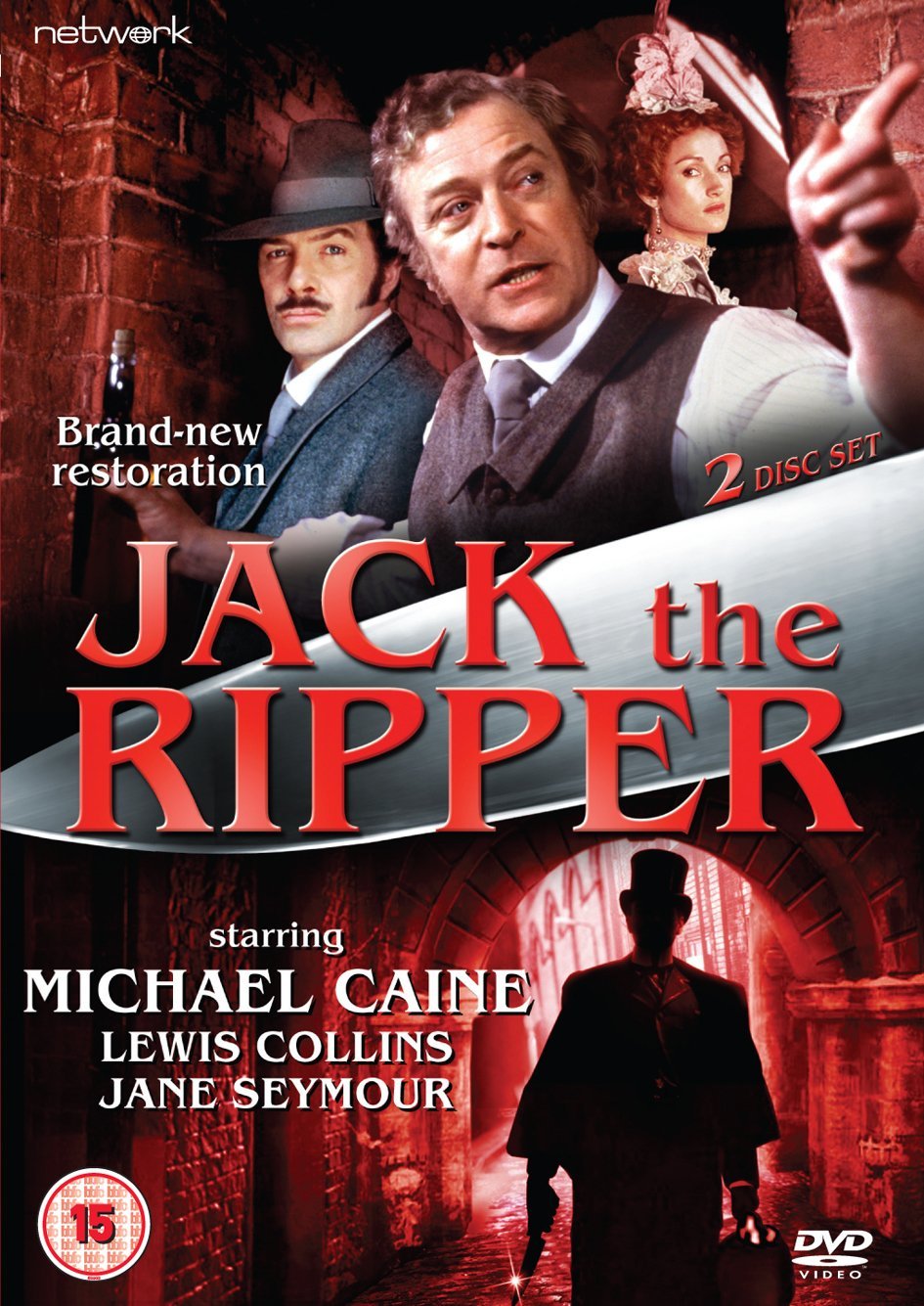 The story of Jack the Ripper has been repeated many times in both print and film but, occasionally, we are privileged to an outstanding treatment. The 1988 mini-series titled Jack the Ripper is one such enterprise. David Wickes’ powerful script even persuaded Sir Michael Caine to return to television for the first time in twenty years to play Inspector Frederick Abberline, the man who led the pursuit of the fiendish serial killer. The mini-series consisted of two episodes and ran for a total of one hundred and ninety minutes.

This production is a mixture of fact and fiction, of accurate detail regarding the murders, but with a tendency to embrace several fanciful theories regarding reasons for the killings and the possible identity of the perpetrator. Some of these ideas have since been disproved. One even suggested a conspiracy that led all the way to the Royal Family and Queen Victoria. Even after allowing for these historical errors and imaginative scenarios, the mini-series proved to be a fine dramatic exercise in which a cast of eminent players gave their utmost. The show was produced to air on the centennial of the actual Whitechapel killings of 1888.

For dramatic effect the makers took several liberties with the facts. For instance, the real Abberline did not have a drinking problem and the real George Lusk was not a rabble-rousing agitator, but a mild-mannered, community-spirited man who sought to aid police in the capture of the killer. Indeed, despite the opening voice-over that described the production as being ‘based upon real events’, it is mainly fiction. Several characters are incorrectly depicted and the conclusion is a complete fabrication. Numerous ‘Jack the Ripper’ historians generally agree that the series is far from accurate.

The scene in which the real-life actor Richard Mansfield (played by Armand Assante), transforms himself from Dr Jekyll into the hideous Mr. Hyde on stage was accurate, but for one major detail. The real actor used to transform from the grotesque Hyde to Jekyll, not the other way around. He did this simply by standing beneath theatre lights on-stage, and allowing the heat they emanated to make him sweat enough to enable the make-up to run off his face. It was a simple illusion that regularly startled late-Victorian audiences. In this production his ability to transform in the reverse direction is simply not credible.

In order to throw the world’s press off the scent of the real Ripper, it was decided to film four different endings with four different individuals revealed as Jack the Ripper. Without wishing to reveal the one that was ultimately chosen, the four individuals were as follows – 1. George Lusk, 2. Inspector John Spratling, 3. Royal physician Sir William Gull, and 4. Prince Albert Victor. One was secretly chosen and inserted at the end of the production. The closing epilogue tells us (somewhat unnecessarily) that in the case of Jack the Ripper, ‘there was no trial and no signed confession…thus, positive proof of the Ripper’s identity is not available.’ As a final word the epilogue then concluded with: ‘We have come to our conclusions after careful study and painstaking deduction. Other researchers, criminologists, and writers may take a different view. We believe our conclusions to be true.’