We often hear critics and movie ‘experts’ wax lyrical about the best performance by such and such an actor or actress, but I wonder what the stars themselves think is their best ever performance; which of their films rates as their personal favourite? At the risk of being howled down I have decided to present what I believe may be the picture certain stars choose as the one they are most proud of. I may be well wide of the mark but my selections should stir up conversation if nothing else. I have randomly chosen actors and actresses regardless of their standing in cinema history. Part of my thinking on this issue involved trying to place myself in the individual’s shoes, especially when it comes to them choosing which films to do and which to cast aside. The very best players, I feel, would place script ahead of any other aspect – even ahead of money, director, co-stars and location. It has often been said (and rightly so) that a good script can save a poor actor, but no actor, regardless of talent, can rise above a lousy script. I shall start with a lady – and what a lady she was! 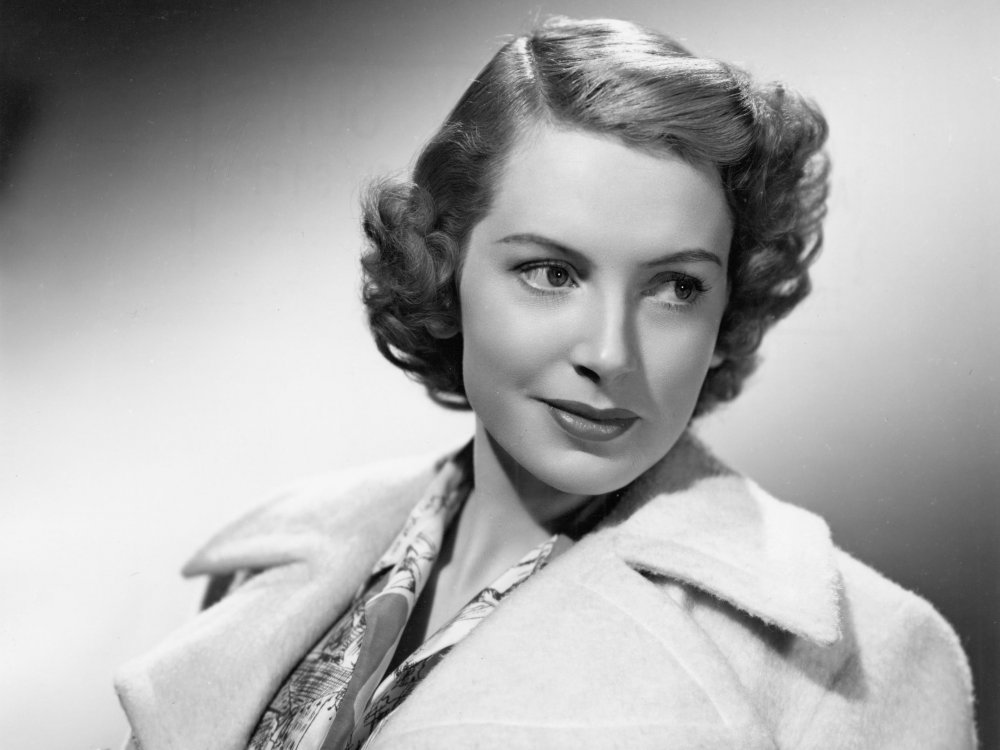 This truly great Scottish beauty and talent made (surprisingly) less than fifty movies in her illustrious career, but there were several gems among them. Her list of credits include such classics as King Solomon’s Mines (1950), Quo Vadis (1951), The King and I (1956), Heaven Knows, Mr. Allison and An Affair to Remember (1957), and Separate Tables (1958). But there were many more. After all, she was Oscar-nominated no fewer than six times – and never won! In this writer’s opinion though, the picture I think she may have been proudest of was possibly From Here to Eternity (1953). Having said that, I must admit to thinking long and hard about her portrayal of the nun in Heaven Knows, Mr. Allison, but decided that ‘goody-two-shoes’ roles like that had become Deborah’s bread and butter. She could play them in her sleep, whereas the role of the cheating Mrs. Holmes must have been a real challenge for her. 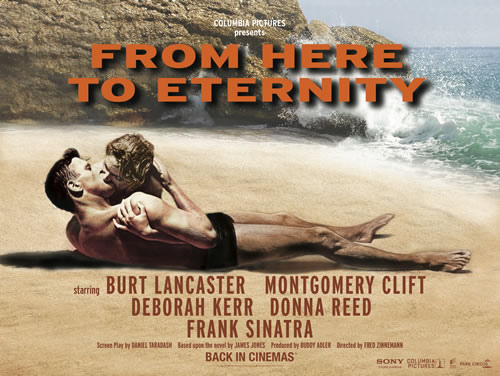 She surely must have been ecstatic to be cast against character as the wife who embarks upon an affair with one of her womanizing husband’s subordinates. At last, she got to play a real woman at last, one with normal passions and carnal desires. And in doing so she came across as a very sexy lady indeed! My guess is that she was desperately hoping her Oscar nomination would this time prove successful, that her steamy performance might lead to more roles of a similar nature. But again she was disappointed. One of the cinema’s iconic love-making scenes of all time takes place in this picture, when she and Burt Lancaster passionately kiss and embrace as waves crash over them at what is today known as the ‘From Here to Eternity’ Beach in Hawaii. The MPAA banned photographs of the kiss for being ‘too erotic’, while many prints had shortened versions of the scene because projectionists would cut out frames as souvenirs! The public were unaware at the time that Deborah and Lancaster were romantically involved off-screen as well. It seems quite laughable today, but the censors even insisted that Deborah’s swimsuit must sport a skirt in its design so as not to be too sexually provocative! Of all the beautiful, talented actresses that have graced the big screen down the decades, perhaps the one whose true personality was most often overlooked in her roles was the delightful Deborah Kerr. 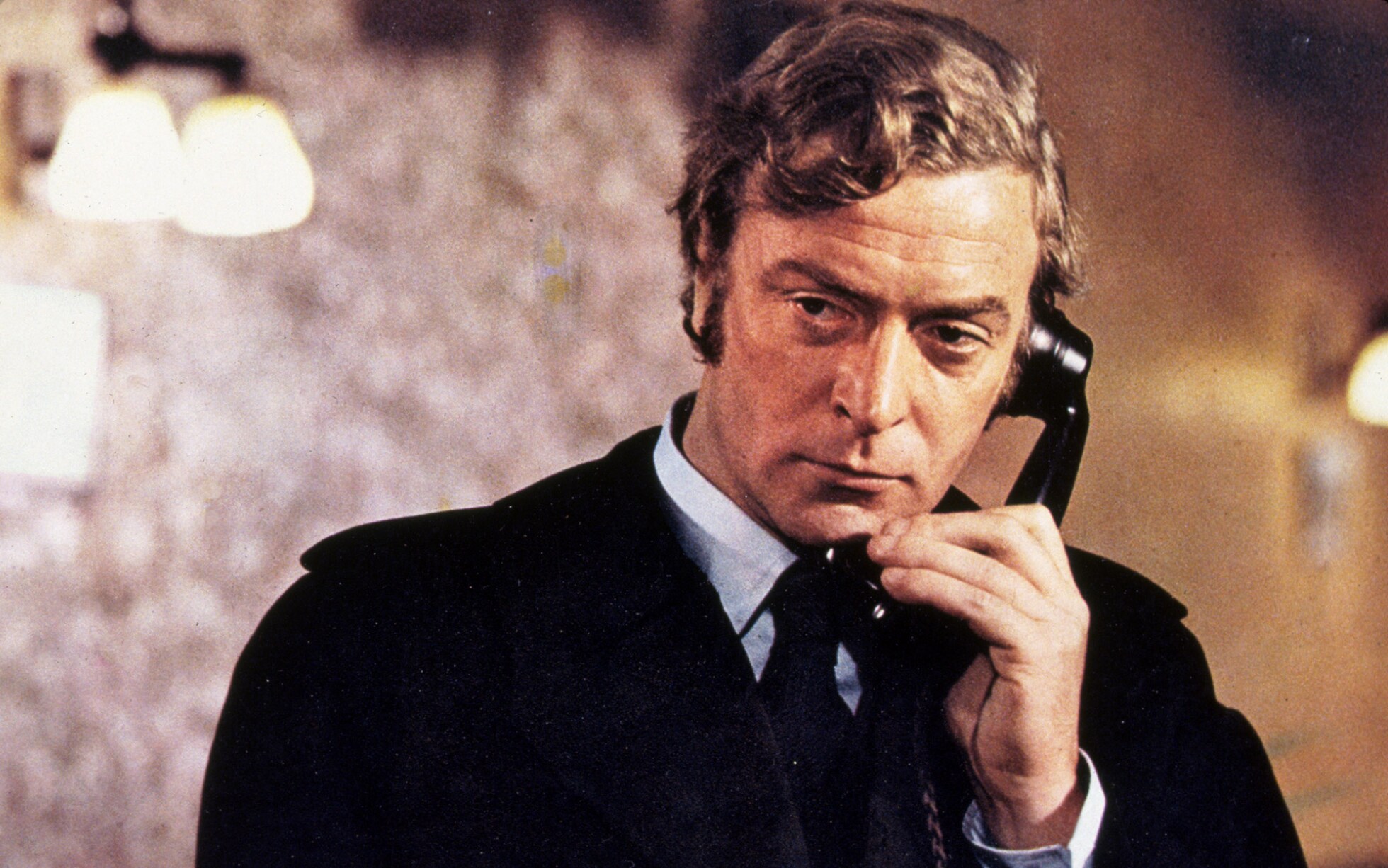 Unlike Deborah Kerr, Michael Caine is fast-approaching 200 screen credits and showing no sign of slowing down. He first came to the notice of movie fans when he made Zulu (1964), yet he was 30 years of age by then and it was actually his 42nd screen appearance (television included). The Ipcress File (1965) and Alfie (1966) quickly followed and he was on his way to a long and distinguished career. He admits to having accepted some abominably lousy roles in some awful films every now and then, simply for the money, but the quality of many of his other roles was usually of a high standard, as evidenced by his six Oscar nominations. These included Supporting Academy Awards for Hannah and Her Sisters (1986) and The Cider House Rules (1999). Even so, I think Caine might hold a higher opinion of his performance in a film that critics and the media thought very little of. I refer to his portrayal of ‘The Captain’ in The Last Valley (1971).

The Last Valley was greeted quite differently in Britain than it was everywhere else on the planet. It was one of the most popular movies of 1971 at the British box-office, yet a complete and utter disaster in the USA and elsewhere; recording an overall loss in excess of seven million dollars worldwide! Written and directed by the avowed atheist James Clavell, who was still basking in the success of To Sir with Love (1967), (a movie he also scripted and directed), and blessed with a magnificent score by John Barry and a sizeable budget, The Last Valley seemed to be destined for screen success, but it was not to be.  It still puzzles me to comprehend this mixed response from the public. Initially, I assumed the criticism and poor box-office returns were primarily a legacy of an adverse reaction from the major religious organizations, but I have been unable to uncover any solid evidence of this. Writer George MacDonald Fraser (author of the exquisite Flashman novels), described Caine’s portrayal of ‘The Captain’ as ‘one of his best performances’. I would go one step further and rate it as his very best performance of his long career. I have watched the film many times and find his accent as a German mercenary of the 17th century most intriguing, yet critics ridiculed it mercilessly. Perhaps Caine shared my opinion of Clavell’s brilliant screenplay when he (and Omar Sharif) signed on? I harbour a sneaking suspicion that he is secretly proud of his portrayal of ‘The Captain’. He should be.