The series was created by David Dortort, the man who had previously created Bonanza for NBC. Big John Cannon (Leif Erickson) runs the family’s High Chaparral Ranch in Arizona Territory in the 1870s, aided by his brother Buck (Cameron Mitchell) and son Billy Blue (Mark Slade). His son’s mother, Anna-Lee, (Joan Caulfield) is killed by Apaches under Cochise in the first episode, so John decides to unite his family with the powerful Montoya family from the Mexican side of the border. As part of the alliance he is to wed their beautiful daughter Victoria (Linda Cristal). She is 30 years his junior. Her brother Manolito (Henry Darrow) joins her at the High Chaparral Ranch. As the series progressed the focus switched to Buck and Manolito, away from Big John and Victoria.

In time, the marriage of convenience blossoms into true love, despite resentment from Billy Blue who is bitter about this ‘mixed-marriage’, and especially aggrieved over his father’s decision to marry so soon after his mother’s death. Other problem areas soon surface. The Montoya patriarch Don Sebastian (Frank Silvera) is not overly happy about the terms of their alliance. Then the Civil War records of both brothers, Big John and Buck, come back to haunt them from time to time as old army buddies occasionally turn up. John had fought for the Union in the war and Buck had been on the Confederate side. 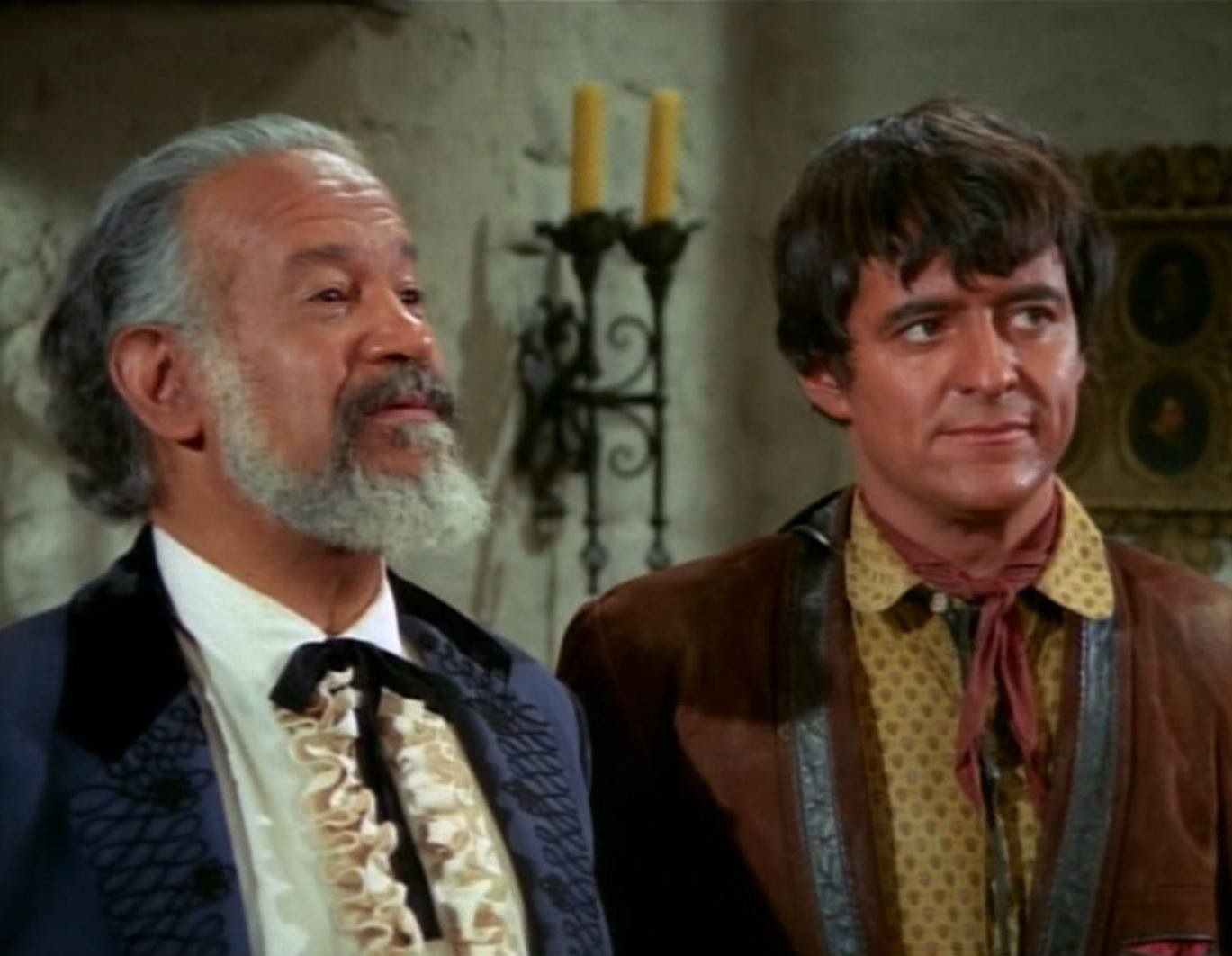 Although he did appear in a total of fourteen episodes as Don Sebastian, Silvera suddenly died while the series was still in production. The Jamaican-born actor (he was raised in Boston), specialized in portraying blacks, Latinos, Polynesians and Mexicans in both movies and television, at times quite controversially. At the age of fifty-five he was tragically electrocuted in 1970 while attempting to repair a garbage disposal in his home.

Hondo is an embittered ex-Confederate officer who roams through the Arizona Territory of the 1870s in search of those who killed his Indian wife during an attack on her village. He often clashes with the US Cavalry who perpetrated the raid that resulted in her death. The series had a brief life-span of a single 17 episode season. It starred the now forgotten New Yorker Ralph Taeger as Hondo Lane in what was to be his third and final crack at TV stardom. Previously, he had been given the lead in a series titled Klondike in 1960, but it was cancelled half-way through its first and only season. His second leading role was in an adventure series called Acapulco (1961). It fared even worse, surviving just two months. When Hondo also ran its race, a few minor guest spots in various TV series was about all the acting work he could get for a couple of years, until a good supporting role as Buzz Dalton in The Carpetbaggers (1964), starring George Peppard, came along. Unfortunately, Ralph gained a reputation for being ‘difficult’ on the set, and this ultimately led to the end of his involvement in Hollywood projects. He sold cars for a while and worked as a tennis pro before eventually starting up his own company, Taeger’s Firewood. He died in 2015 after a long illness. 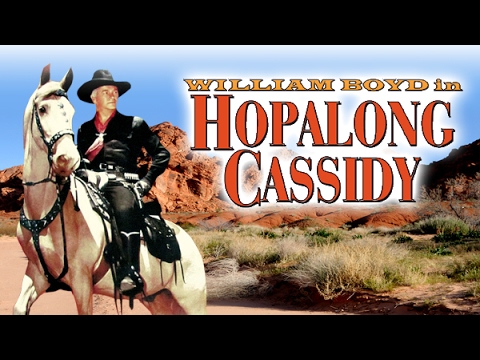 Hopalong Cassidy films were first shown on American television in 1948. Four years later the TV show arrived. It consisted of forty new half-hour episodes and 12 extra movies, each cut down to fit the 30 minute time slot. ‘Hoppy’ became the first television hero for children across the nation and later throughout the world. The series did not screen in my home state of Western Australia, but every child I knew was familiar with the name of Hopalong Cassidy because of Saturday morning matinees at our local theatre. Personally, I could never get my head around his name! What kind of name was ‘Hopalong’ for a hero? His creator, Clarence E. Mulford, (way back in 1904), gave him the name because Cassidy had once been shot in a gunfight, hence his trademark ‘hop’. His real Christian name was ‘Bill’, by the way.

William Boyd played ‘Hoppy’ on both big and little screens, and insisted that he always spoke grammatical English (no slang), acutely aware that Hopalong Cassidy was an important role model for millions of children. Nor did he ever smoke, drink or kiss girls on-screen. Edgar Buchanan played his sidekick Red Connors and Hoppy’s horse, Topper, was as famous as its rider. Twenty-four year-old Boyd was already grey-haired when he arrived in Hollywood in 1919. He had just turned 60 when Cecil B DeMille actually asked him to play Moses in his 1956 version of The Ten Commandments! Boyd felt his identification with Cassidy would damage the picture so he declined. Charlton Heston took on the role. In the mid-sixties Boyd was asked by Johnny Carson if he would agree to be a guest on his ‘Tonight’ show. The elderly actor, now in his early seventies, politely but firmly said no. He was unwilling to shatter the memories of his fans, he said. They were used to seeing him as the strapping western hero of their childhood and it would be sad, he felt, if they saw him as the old man he now was.

In 1950, a Hopalong Cassidy lunch box was produced by Aladdin Industries, the first ever to bear a licensed image. Boyd had risked everything he owned to purchase the rights to the Hopalong Cassidy film library and name. It was a shrewd business move that would earn him millions! In time, more than 100 companies manufactured 2,500 different products under the Hopalong Cassidy name; products ranging from those marketed for kids – western outfits, six-guns & holsters, lunch boxes, toys, etc. – and those marketed for adults – motor oil, tyres, eggs, milk and so on. Even so, Boyd refused to market items he felt were inappropriate. For example, he did not approve of bubble gum so would not endorse it. At the height of his popularity as ‘Hoppy’, he was receiving 15,000 fan letters a week!

Back in the thirties Boyd’s career was temporarily derailed when another actor named William ‘Stage’ Boyd was arrested for public drunkenness and the wrong photograph was mistakenly used in articles about the arrest. Part of Bill Boyd’s appeal as an actor stemmed from his widely acclaimed voice. Studio executive Joseph Schenck described it as ‘the finest he had ever heard in films.’ Hopalong Cassidy may have been a confirmed bachelor but, in stark contrast, the actor who portrayed him was married a total of five times. His only child, a son, died in infancy. Throughout the run of the series Boyd would deliver monologues at the end of each episode, exhorting his young fans to lead good and decent lives, eat the right foods, get plenty of sleep, be good sports, respect police officers, mind their parents, attend Sunday School, follow the Golden Rule and be kind to animals. He took playing ‘Hoppy’ very seriously indeed. His life came to an end in 1972 when the 77 year-old actor fell victim to Parkinson’s disease and heart failure.