Don Adams as Maxwell Smart in Get Smart

Don Adams was offered a rather large (for that time) $12,500 per week to portray Agent 86 – Maxwell Smart in the hit TV series Get Smart (1965). He turned the offer down. Instead, he opted to take a smaller salary plus a 33% share in the returns from the series. Get Smart ran in syndication for decades and was still doing so at the time of his death in 2005. The decision to back his judgment back in the sixties made him a very wealthy man. Early in his career at Warner Brothers actor Lyle Talbot took part in one of Hollywood’s most extravagant and ambitious publicity junkets, a barnstorming, fun-filled jaunt across the United States involving a host of Warners actors, actresses and chorus girls aboard ‘The 42nd Street Special’, a train covered in silver and gold leaf and electric lights. Accompanied by stars of the calibre of Bette Davis, Tom Mix and Joe E. Brown (even champion boxer Jack Dempsey was a part of it), the troupe promoted the new Busby Berkeley musical as the train stopped in dozens of cities along the way. The trip ended in Washington D.C. at Franklin Delano Roosevelt’s first inauguration in March 1933. It was a show of studio support for the new president. Talbot was a hot item at the time, the press dubbing him the train’s ‘Romeo’ in articles that described the actor as ‘handsome as hell’ and ‘likeable as a collie.’ Years later, he commented on the journey and the times in general: ‘You kids think you invented free love in the Sixties. You have no idea what it was like to be young and beautiful in the Thirties in Hollywood. Everyone was sleeping with everyone.’ Following the success of Psycho (1960), Alfred Hitchcock was considering a number of possible ideas for his next venture when he read an article in the Santa Cruz Sentinel about a mysterious bird attack in California’s Monterey Bay. A flock of shearwaters had inexplicably flown into windows and street lights, and pecked at or vomited on residents! More than 40 years later it was deduced that the birds may have suffered brain damage after consuming poisoned fish and algae. It reminded him of the 1952 Daphne du Maurier novella The Birds, the option to which he had already purchased, so he decided this would be his next project. He considered approaching Cary Grant and Grace Kelly to play the leads, but decided his own name over the title would be enough to draw audiences and that he could safely save money by signing less expensive stars. Rod Taylor and Tippi Hedren were given the roles. 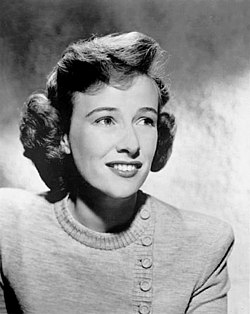 Phyllis Thaxter was an actress best-remembered for her portrayal of Van Johnson’s loyal wife in Thirty Seconds over Tokyo (1944), and for playing Clark Kent’s mother in Superman (1978). In the early Forties she was involved with actor Montgomery Clift and many people assumed they would eventually marry. ‘Monty and I loved each other very much’, she recalled in 1991, ‘but it was a romantic kind of love. I never went to bed with him. But we finally thought – maybe we should marry. It seemed like a good idea.’ In the end they chose not to go ahead. Phyllis battled Alzheimer’s disease for the last eight years of her life and died in 2012 at the age of ninety-two.

Howard Keel as Levi Walking Bear in The War Wagon (1967)

It is always sad to watch truly talented stars carry on well past their ‘use by’ date as they desperately cling to the remnants of their careers. One of the sorriest examples of this was singer/actor Howard Keel. He starred in some of Hollywood’s best ever musicals: Annie Get Your Gun (1950), Showboat (1951), Calamity Jane (1953), Kiss Me Kate (1953) and Seven Brides for Seven Brothers (1954), but as he aged the demand for musicals dried up as quickly as did the demand for his services. By 1967, acting jobs of any kind were so scarce that the 6’4” Keel, desperately in need of money, agreed to play a wise-cracking Indian (with braids and all) named Levi Walking Bear in the John Wayne western The War Wagon. The critics were merciless and rightly so. Lori Loughlin as Abigail Stanton in When Calls the Heart

In 2019, actress Lori Loughlin and her husband, fashion designer Mossimo Giannulli were arrested and charged as part of a nation-wide college admissions bribery scandal. Lori was starring as Abigail Stanton in the Hallmark TV series When Calls the Heart (in its 6th season) at the time and was quickly written out of the series. The couple allegedly paid a $500,000 bribe to get their daughters into the University of Southern California (USC). Anyone feeling sorry for the couple might pause to consider that they sold their Aspen Colorado home for $7.6 million in 2015. A couple of years later their Los Angeles mansion went on the market for $35 million! 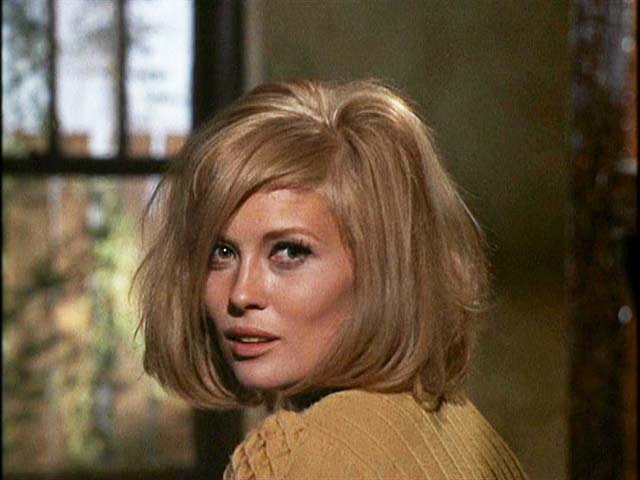 The role of Bonnie Parker in Bonnie and Clyde (1967) made a star of 26 year-old Faye Dunaway, yet if just one of the following list of actresses had accepted the part when it was offered to them (before it was offered to her), who knows if we would ever have heard of her. Jane Fonda, Ann-Margret, Tuesday Weld and Natalie Wood were the first actresses to turn down the role; then Sue Lyon, Carol Lynley and Cher all said no. Even Warren Beatty’s sister Shirley MacLaine was asked (before her brother signed on to play Clyde Barrow). Although many fans tend to blame Beatty for the unprecedented envelope mix-up in the 2017 Oscars presentations, it was actually Faye who incorrectly announced La La Land as the winner for Best Picture of 2016.

Anthony LaPaglia as Barry ‘the Blade’ in The Client (1999)

Character actor Anthony LaPaglia was often cast as New York wise guys. In fact, he was first choice to portray Tony Soprano in the HBO series The Sopranos (1999) but turned the role down. Few people in the movie industry suspected he was not a native New Yorker, but in reality he was born in Adelaide, South Australia in 1959 and grew up there. When he arrived in the US and hell bent on succeeding in the movies, the only internationally successful Australian-born actor at that time was Mel Gibson and he had deliberately got rid of his Aussie accent. So Anthony did the same. Fans of the 1994 thriller The Client will no doubt recall him effectively playing Italian-American mobster Barry ‘The Blade’ Muldano.