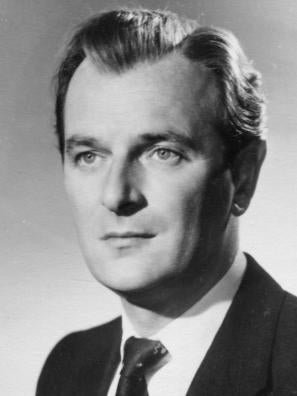 Nigel Patrick entered this world from Wandsworth, London, approximately two weeks after the SS Titanic slid beneath the North Atlantic in 1912. He started acting on the London stage in 1932 and was having some success when World War Two broke out in September 1939. Being British, he at once joined the King’s Royal Rifle Corps, his commission confirmed in the London Gazette on February 16, 1940. He served in the Middle East, North Africa and Italy and by the end of hostilities he had risen to the rank of lieutenant-colonel. 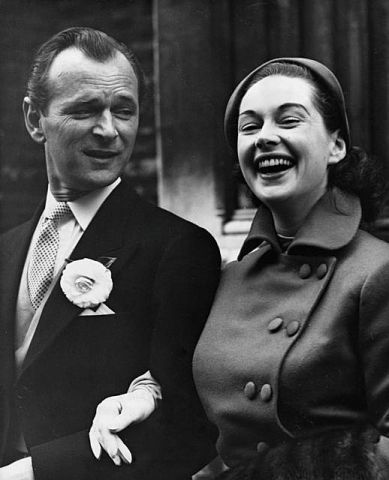 Immediately after the war Nigel began getting film roles. After appearing on TV in Morning Departure in 1946, he landed a key role in the 1950 film version. Marriage to Irish-born actress Beatrice Campbell followed in January 1951, and together they became the face of the Parker Pen Company’s advertising during the mid-fifties. In 1957, he scored a major role as Professor Stiles in the big-budget production Raintree County. Beatrice and Nigel remained husband and wife until she passed away in 1979. Lung cancer took Nigel two years later. 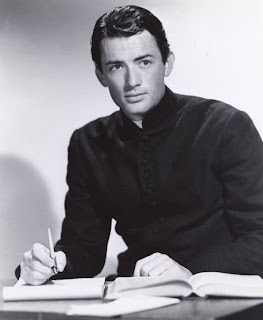 Greg Peck was 25 years old at the time of Pearl Harbor. Years before that day changed America forever, he ruptured a disc in his back while participating in a Martha Graham dance class, the injury forcing him to wear a back brace for six years. That explanation was far too tame for his studio so when he was rejected for the draft as a category 4-F, a statement was issued saying he had seriously damaged his back while rowing at Berkeley! ‘I can ride horses, but I can’t pick up a suitcase’, Peck confessed. ‘In Hollywood, they didn’t think a dance class was macho enough, I guess. I’ve been trying to straighten out that story for years.’ His strong opposition to the USA entering WW2 changed when the Axis invaded the Soviet Union in June 1941. He also believed that a naval blockade of the Japanese home islands in late 1945, as opposed to the use of nuclear weapons, would have successfully starved Japan into unconditional surrender had it been instituted.

After the war, at the beginning of the anti-Communist investigations in Hollywood in 1947, he signed a letter deploring the witch-hunts, a decision he took despite being warned that his signature might well hurt his career. In 1999, somewhat surprisingly to many, Peck supported the decision to grant the elderly Elia Kazan an honorary Oscar for lifetime achievement, controversially declaring his belief that a man’s work should be judged separately from his life. He and Kazan never got along back in 1946 when they made Gentleman’s Agreement (1947) and never again worked together once it was completed. 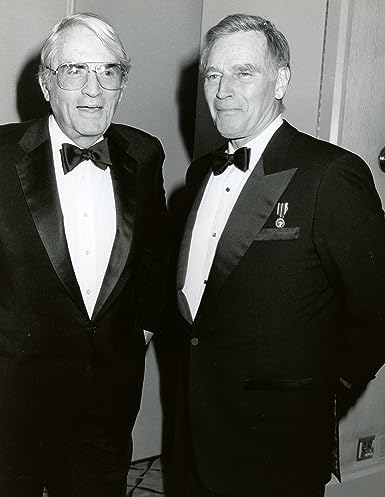 Peck’s son Stephen did a tour of duty in the Vietnam War with the US Marine Corps. His father was very proud of this even though he personally (and vocally) disapproved of America’s involvement in the war. A close friend of Jane Fonda, Greg frequently attended political rallies opposing his country’s presence there. Never fearful of public opinion, he was also a vocal supporter of young men who wished to avoid the draft because of their moral convictions against the war. He even referred to them as ‘patriots’ and ‘heroes’, adding that burning their draft cards was part of their civic duty. Not surprisingly, his name appeared on President Richard Nixon’s ‘enemies list’. When criticized over his friendship with NRA President Charlton Heston, he had this to say: ‘We are colleagues rather than friends. We’re civil to each other when we meet. I, of course, disagree vehemently with him on gun control.’ Peck was also a lifelong opponent of nuclear weapons and made On the Beach (1959) for this reason. On June 12, 2003, he passed away in his sleep from bronco-pneumonia at the age of 87.

A Londoner born in Chelsea, Jon Pertwee is mostly remembered today for portraying the Third Doctor (from 1970 to 1974) in the BBC science fiction series Doctor Who. During those years he became close friends with his Doctor Who co-stars, Nicholas Courtney, Roger Delgado and Katy Manning. In fact, Delgado’s death in 1973 hit Jon very badly and was a contributing factor towards his decision to leave the series in 1974. 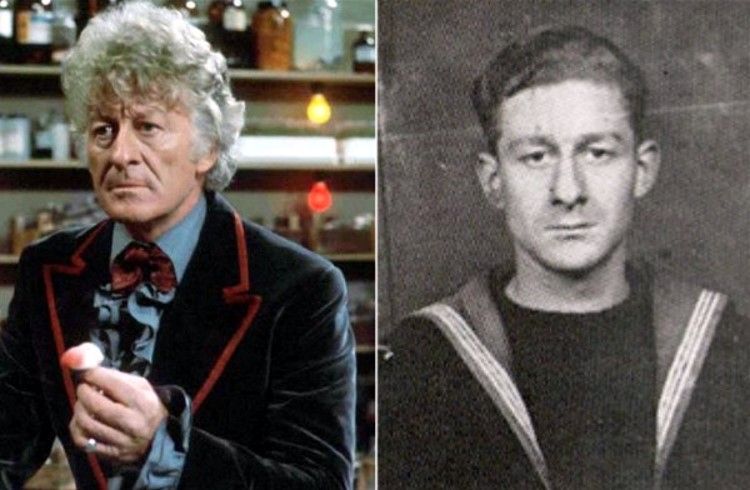 Pertwee as Doctor Who and in the RNVR during WW2

His experiences while serving in the British Navy during the Second World War inspired Pertwee to conceive the popular BBC radio comedy The Navy Lark. He starred in the series for many years, providing most of the voices for its many diverse characters. During the war he served for six years in the Royal Naval Volunteer Reserve (RNVR) and was extremely fortunate to be alive at the end of hostilities. Appointed to the British battleship HMS Hood in early 1941, he was transferred off the ship for officer training shortly before it sailed into action in May. HMS Hood encountered the German pocket battleship Bismarck and was sunk in the ensuing battle. Out of the 1,418 men aboard the British battlewagon, only three survived!

Later in the war Pertwee was attached to the highly-secretive Naval Intelligence Division, where he worked alongside future James Bond author Ian Fleming. He reported directly to Prime Minister Winston Churchill and to Deputy PM Clement Attlee. ‘I did all sorts’, Pertwee recalled in 1994, ‘teaching Commandos how to use escapology equipment, compasses in brass buttons, secret maps in white cotton handkerchiefs, pipes you could smoke that also fired a .22 bullet. All sorts of incredible things.’ 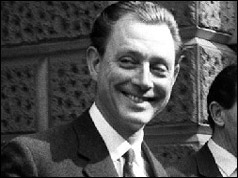 He wrote two autobiographies, the first of which (Moon Boots and Dinner Suits, published in 1984), covered his life and career prior to Doctor Who. Jon was a friend of osteopath Stephen Ward, a key figure in the John Profumo political scandal in Britain in the early sixties. The scandal destroyed Ward’s reputation and resulted in his suicide. Pertwee stoutly defended his friend’s reputation until his dying day, a position that has since been strengthened by author Geoffrey Robertson QC, whose book on the Profumo scandal casts serious doubts on the legal processes employed at the time. Jon Pertwee passed away in May 1996, following a heart attack. He was 76.