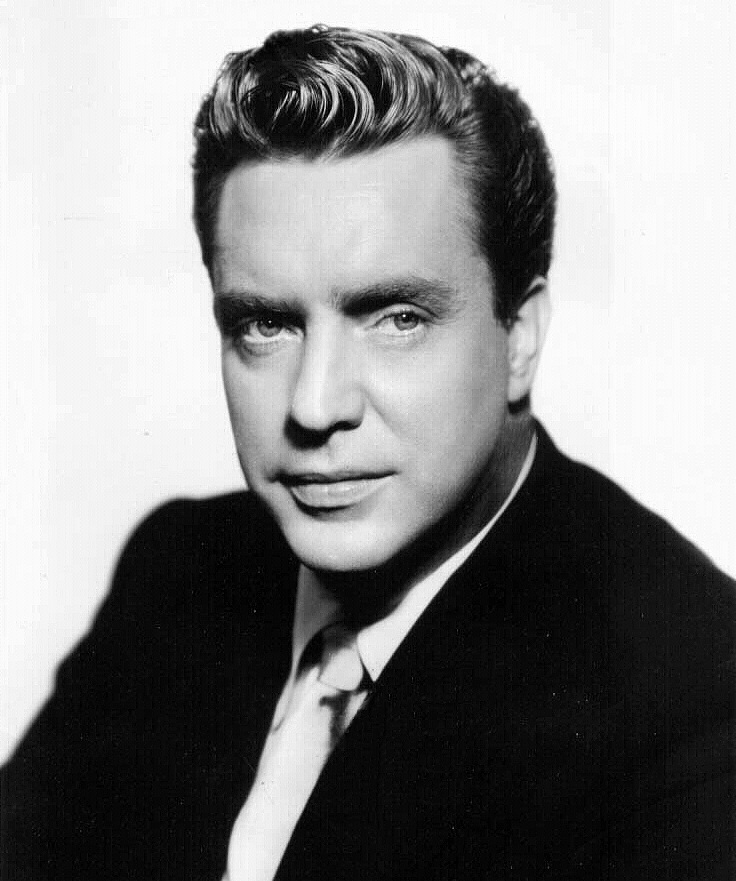 Edmond O’Brien served in the United States Army Air Force (USAAF) during the war and appeared in the Air Force’s Moss Hart Broadway play titled ‘Winged Victory’, performing alongside other servicemen who would later become movie stars. These included Red Buttons, Karl Malden, Kevin McCarthy, Gary Merrill. Barry Nelson and Martin Ritt. The play was filmed in 1944 and O’Brien was asked to reprise his stage performance, this time alongside Judy Holliday. He would tour with the production for two years, performing with a young Mario Lanza for much of that time. 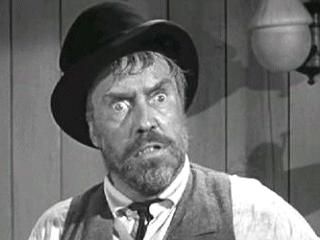 O’Brien in The Man Who Shot Liberty Valance (1962)

O’Brien was cast as the photo-journalist Jackson Bentley (based on Lowell Thomas), in Lawrence of Arabia (1962), but had to be replaced after filming several scenes when he suffered a heart attack. Arthur Kennedy inherited the role. For a decade or more O’Brien’s eyesight had been failing and he had experienced memory lapses, early signs of the Alzheimer’s disease he would be afflicted with in later years. His daughter Maria recalled seeing him in a straitjacket at a Veterans’ Hospital in the seventies. ‘He was screaming. He was violent. I remember noticing how thin he had gotten. We didn’t know, because for years he’d been sleeping with all his clothes on. We saw him a little later and he was walking around like all the other lost souls there.’ Complications attached to Alzheimer’s disease claimed him at 69 in 1985.

Hugh was the son of a Marine Corps captain named Hugh Krampe. After lettering in football, basketball, wrestling and track at high school, Hugh Jr enlisted in the Corps in 1943 at the age of 18. At 19, (some sources say eighteen; one even says he was seventeen), he became a drill instructor, the youngest in the entire US Marine Corps. During his four years of service he was the recipient of a coveted Fleet appointment to the Naval Academy. He declined it. After the war he met John Wayne who would become a life-long friend. In fact, Hugh’s character would be the last person ‘the Duke’ would kill on-screen, in his final film, The Shootist, in 1976). 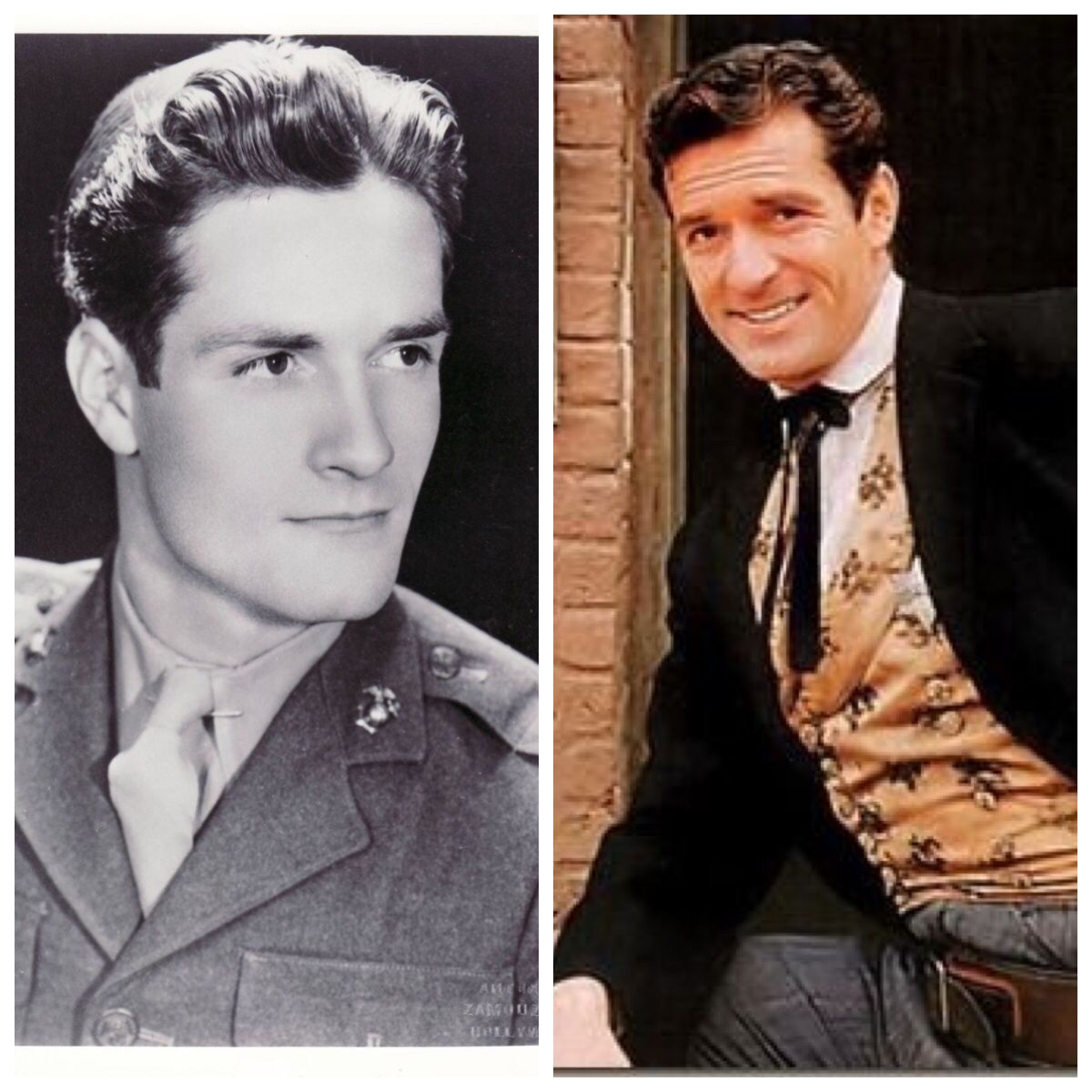 Actress/director Ida Lupino saw Hugh and was impressed enough to use her influence to get him signed to a contract at Universal in 1950. His years playing Wyatt Earp in the successful series titled The Life and Legend of Wyatt Earp (1955-61), established him as a TV star, although he occasionally made movies as well. Away from the screen he was proud of his lightning draw and challenged all-comers who were prepared to gamble $5,000 they could beat him. He never lost. When fellow actor Audie Murphy challenged him to a quick-draw contest, on the proviso they both use live ammunition, Hugh wisely declined. 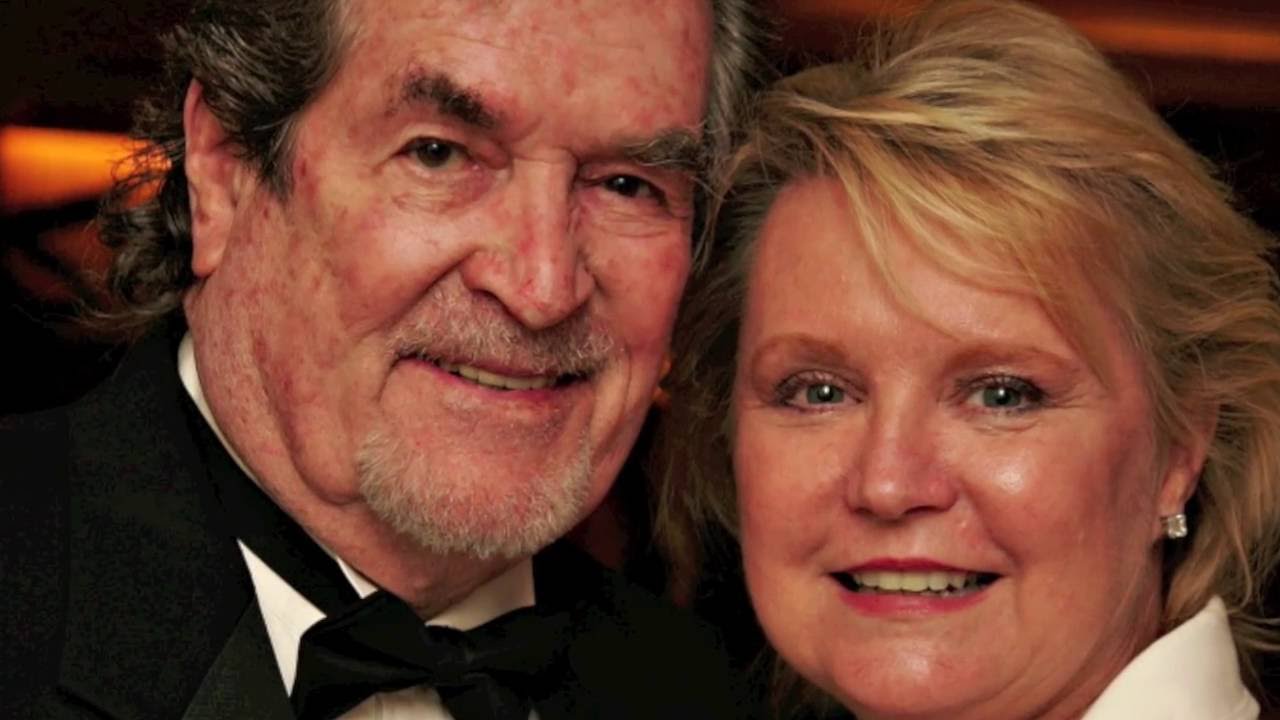 Hugh and school teacher Virginia Barber dated for eighteen years before deciding to marry in June 2006. The bride was 54 and it was her second marriage. The groom, who was tying the knot for the only time in his life – was eighty-one! The newly-weds spent their honeymoon studying philosophy at Oxford University. On their wedding day they were serenaded by close friend Debbie Reynolds. Hugh lived on for another ten years, passing away at the age of 91 in 2016. After his death, three individuals came forward claiming he was their father. Carrol O’Connor graduated from high school in 1942 and joined the Merchant Marines, working on ships in the Atlantic. It was, without doubt, one of the most hazardous and nerve-racking occupations of the entire Second World War. He was enrolled at Wake Forest University in Northern California in December ’41. The United States’ entry into the war changed that. When the US Navy rejected his application, he enrolled in the US Merchant Marine Academy for a short time. Then he left that institution he became a merchant seaman.

In 1962, while he was making Cleopatra, Carroll and his wife adopted a six-day old boy and named him Hugh after O’Connor’s brother who had died very young. In 1995, at the age of 33, Hugh committed suicide following a long battle with drug addiction. Carroll was 46 when he hit it big on television playing Archie Bunker in All in the Family (1971-79). By series’ end he was bringing home $200,000 an episode! A heart attack, complicated by diabetes, took him in 2001 at the age of 76. Intent on joining the RAF on the outbreak of World War Two, Larry Olivier began taking flying lessons at a small airport near Hollywood. In 1940, he decided it was time to take his wife Vivien Leigh home to England – ‘to do his bit’. On arrival there he immediately attempted to enlist in the RAF. He was rejected. At 33 years of age, he was considered to be well over the age limit for training as a fighter pilot. However, fellow actor and lifelong friend Ralph Richardson pulled a few strings and somehow managed to get him admitted to the Fleet Air Arm as a trainee pilot. 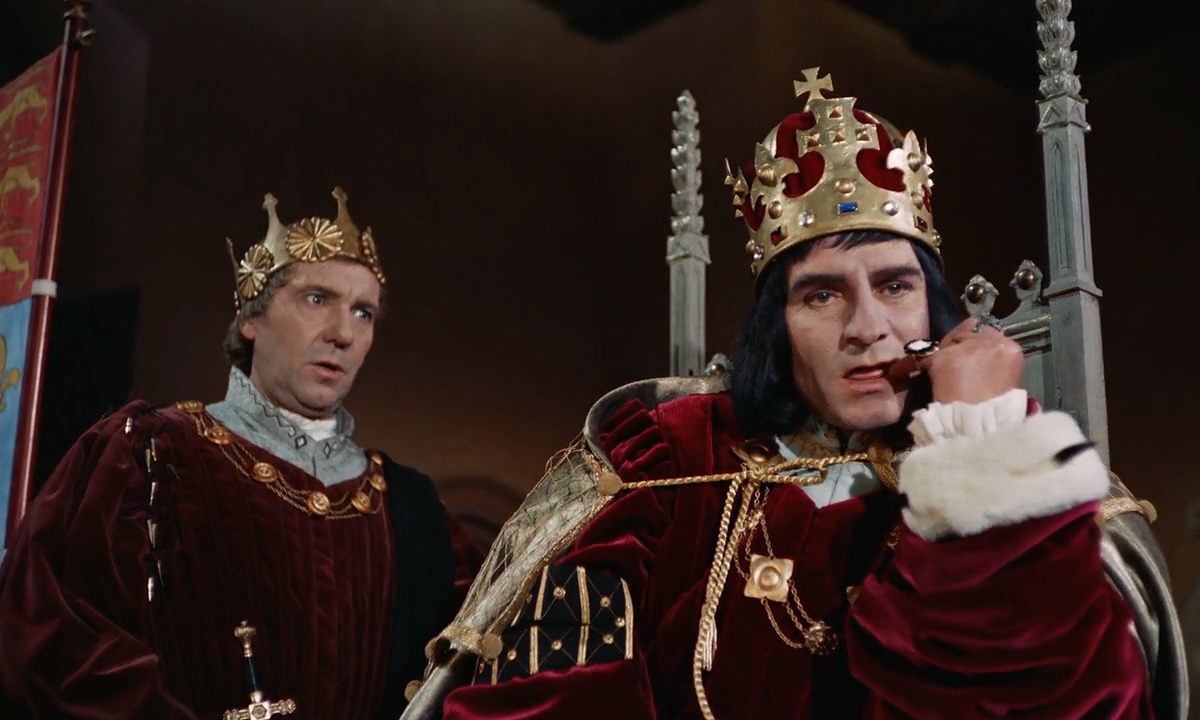 Unfortunately, Larry turned out to be a woeful pilot and this, along with his age and a damaged ear nerve, combined to make him unfit for combat. Even so, he was commissioned as a Lieutenant in the Royal Navy Volunteer Reserve, although he would never be called into service and was ultimately released from his obligation in 1944. By all accounts, he was considered to be one of the worst pilots in the history of the British military, responsible for personally destroying five planes during his flying lessons! His friend Richardson was already in the service and was himself a poor pilot who crashed in training far too often. In fact, it was Ralph’s deplorable record that Larry eclipsed with his own sorry training record.

In 1940, he was asked by the Ministry of Information to play a French-Canadian trapper in 49th Parallel (1941), a film the Ministry intended using to raise awareness of the Nazi threat to North America, in particular the United States. The picture was also intended for Canadian cinema-goers, particularly French-Canadians who were generally opposed to war with Germany. Vichy France, it should be remembered, was an ally of Nazi Germany by then and a great many French-Canadians in Quebec were pro-German. Olivier’s character tells the Nazi officer in the film that he is ‘Canadian’ and not ‘French’, all part of preparing Canadians for the conscription needed to swell the ranks of the Allied army. So intense was the anti-United Kingdom feeling in Quebec, however, that Prime Minister King felt it necessary to declare that only volunteers would be shipped off to the fighting in Europe. Olivier accepted the role in 49th Parallel.

Knighted in the King’s 1947 Birthday Honors List, he was awarded an Oscar for Best Actor for his performance in Hamlet (1948), and another ‘Lifetime Achievement’ award in 1979. For the final 22 years of his life, however, he was an ill man. In July 1989, he died from renal failure at the age of eighty-two.