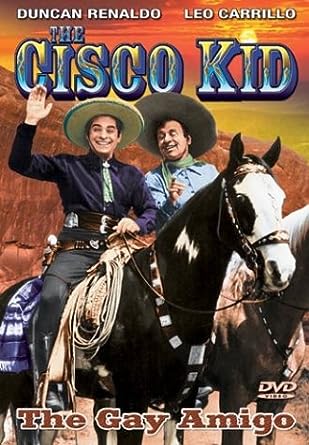 The Cisco Kid (1950-6) was the first television series to be filmed in colour, although most viewers did not get to see it in colour until the sixties. Initially based on a character created by O. Henry in a short story titled The Caballero’s Way in 1907, the original Cisco Kid was a murderous criminal. His character underwent a complete makeover into a heroic Mexican caballero for radio, film and the TV series, and he was given a jovial Mexican sidekick for comic relief. 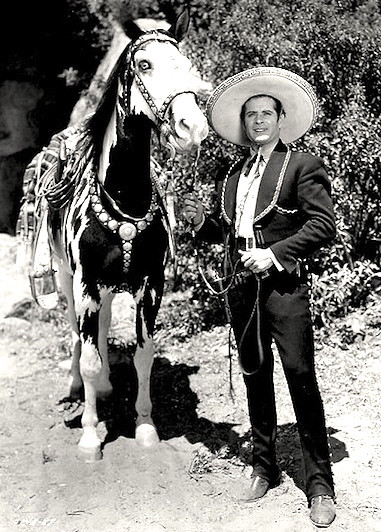 On television, Cisco was portrayed by actor Duncan Renaldo whose own origins were shrouded in mystery. It is generally agreed he was an orphan, but his birthplace has been variously listed as Spain, Romania or New Jersey. The year of his birth is usually stated as 1904, but even that fact is not set in concrete. In 1932, he was arrested as an illegal alien. The ship on which he had been working as a sailor had docked in Maryland in the late 1920s, caught fire and burned to the waterline, leaving Renaldo stranded in the USA. In the interim he had taken up acting and had been signed by MGM in 1928.

The prosecution in his immigration trial produced a copy of a birth certificate provided by the Romanian consul, indicating that he was born in Oancea, Romania. Renaldo’s attorney countered this by saying his client was born in Camden, New Jersey and only raised in Romania. The verdict went against Renaldo and, in January 1933, he was fined $2,000 and sentenced to two years in a federal prison, convicted of falsely claiming American citizenship, falsifying a passport, and perjury. After serving just one year of his sentence, he was ultimately rescued by Republic Pictures president Herbert J. Yates who vouched for him and signed him to a contract with his studio. Eventually, Renaldo was pardoned by none other than President Franklin D. Roosevelt.

During the 1953-4 season of The Cisco Kid, Renaldo was injured in a rock fall and hospitalized, causing him to miss nine episodes. His absence was disguised in a variety of ways: The Cisco Kid character was shown wearing a mask in some episodes, or disguised as a ghost in others where a double had to be substituted. Old footage of Renaldo previously not used was also called upon. The incapacitated star’s dialogue was recorded from his hospital bed and inserted into the footage. Interestingly, he was actually forty-six years old when the first season commenced and over fifty by the time the series concluded! Cisco’s sidekick Pancho was played by Los Angeles-born Leo Carrillo, an actor almost seventy years old at the start of the series. The Cisco Kid was early American television and made on the cheap. And it showed. It was poorly scripted and poorly acted, many critics labelling the performance from its two stars as only marginally better than that of their two steeds, Diablo and Loco. Every episode concluded with a lame joke between the two leads, followed by the exchange of exclamations, ‘Ah, Pancho!’, ‘Ah, Cisco!’ before they galloped off into the sunset. Renaldo succumbed to lung cancer in 1980 at the age of 76. Carrillo had long since pre-deceased him back in 1961, also due to cancer. He was 81. 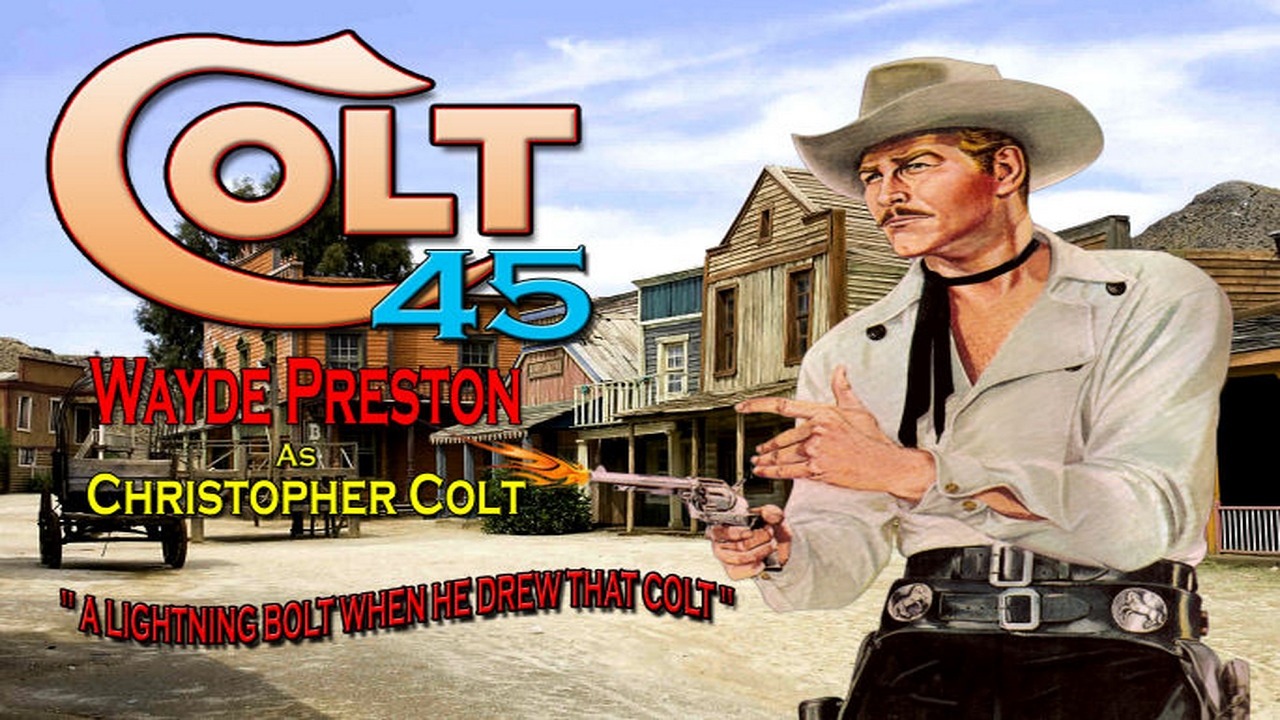 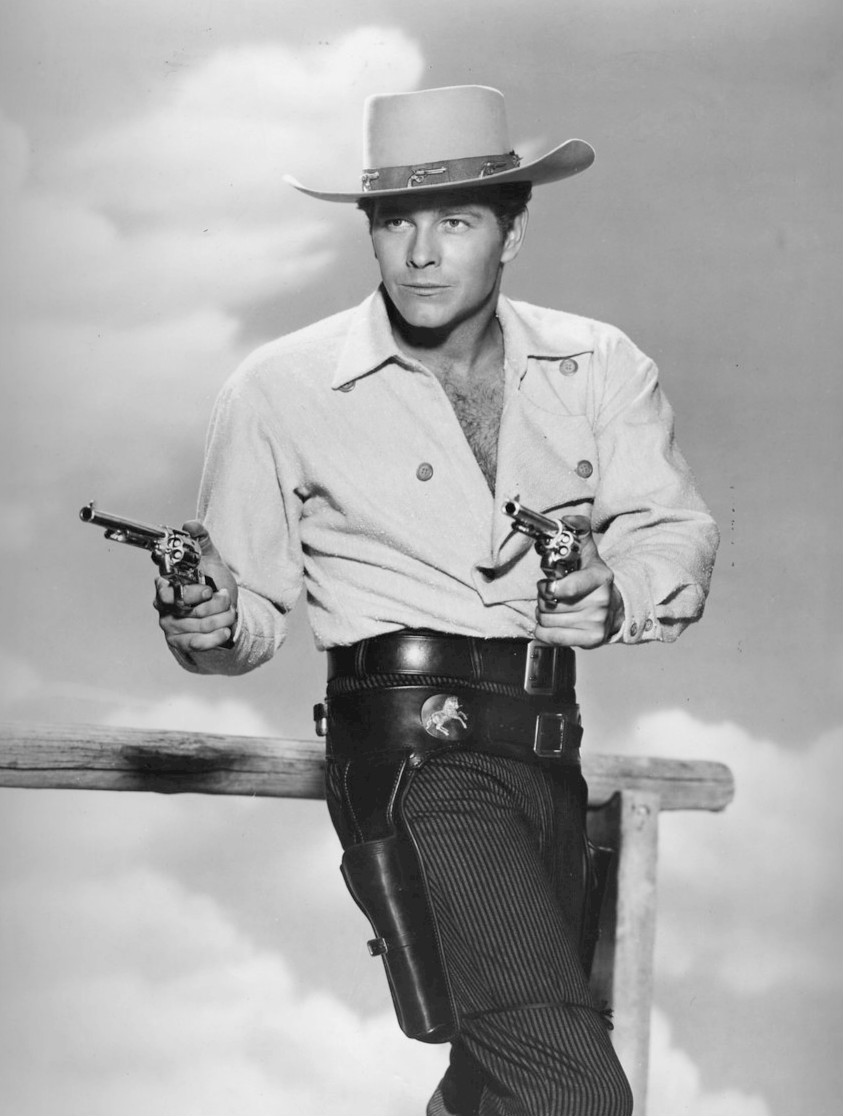 Wayde Preston played Christopher Colt in this short-lived Warner Brothers series. Colt posed as a gun salesman, but was, in fact, a government agent tracking down notorious criminals. Preston hailed from Denver, Colorado, but was raised in Laramie, Wyoming. He studied pharmacy at university before being drafted into the US Army in 1950. Serving in the Korean War, he saw action as a First Lieutenant in an artillery unit. After appearing in an episode of Cheyenne in 1955, he was selected for the lead in Colt .45. 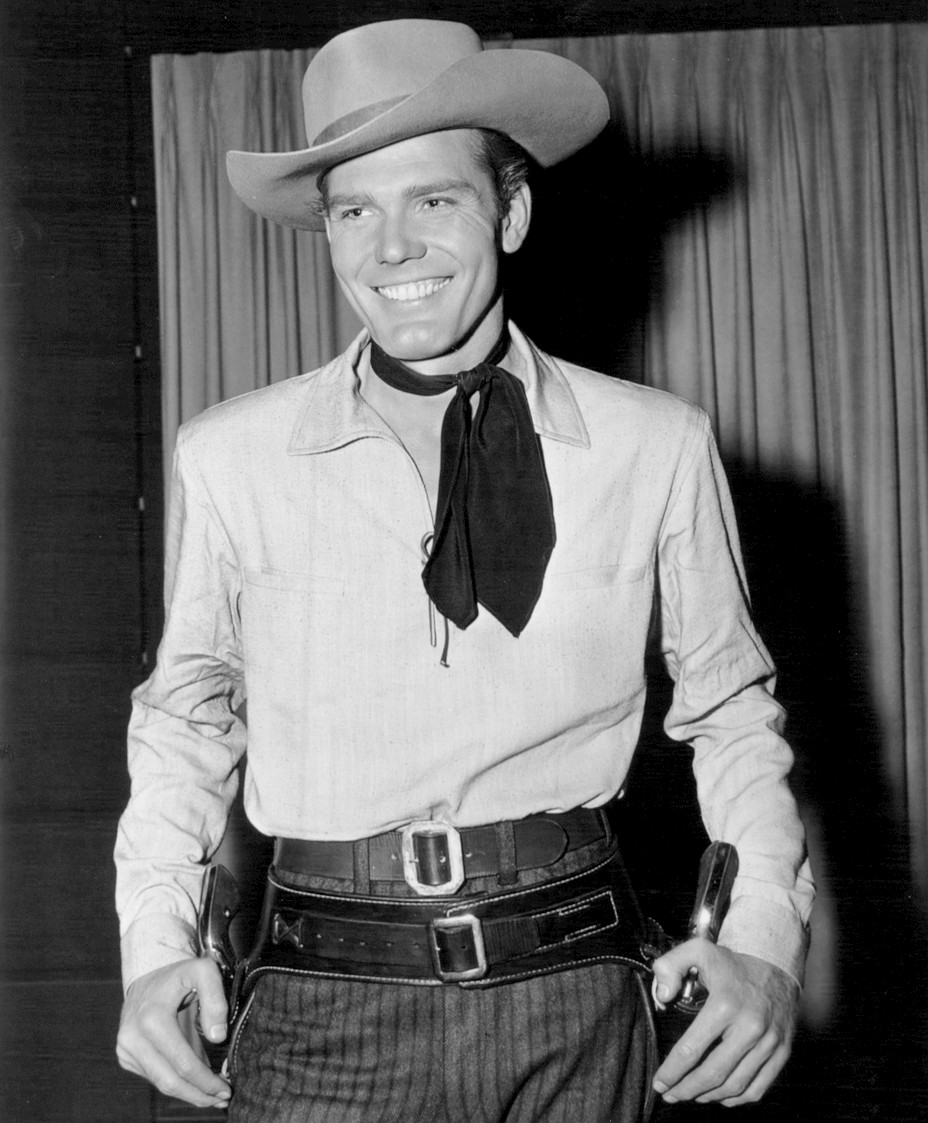 Donald May as Sam Colt Jr.

Over the next three years he was in regular dispute with his Warners employers over pay, shorter working hours and the studio’s refusal to provide him with a stuntman when he felt one was required. When he walked off the set (again) over the stuntman issue, he was briefly replaced by actor Donald May, who was introduced as Chris Colt’s cousin, Sam Colt Jr. Preston returned for the final few episodes which featured both Sam and Chris. The series aired on the BBC as The Colt Cousins. Preston would fall victim to colon cancer at the age of 62 in 1992. May, who is now in his nineties, graced numerous television series until his retirement in 1993.

Cowboy G-Men was a western series that aired in syndication from September 1952 until June 1953, for a total of just thirty-nine episodes. It starred Russell Hayden and former child actor Jackie Coogan (who would later become known throughout the world as Uncle Fester in the sixties TV series The Addams Family), as two government undercover agents in the American West of the 1870s. Pat Gallagher (Hayden) usually operated undercover as a ranch hand, while Stoney Crockett (Coogan) took the role of a wrangler. Like The Cisco Kid, the series was shot in colour, but it appears that only black and white prints were ever shown on TV. 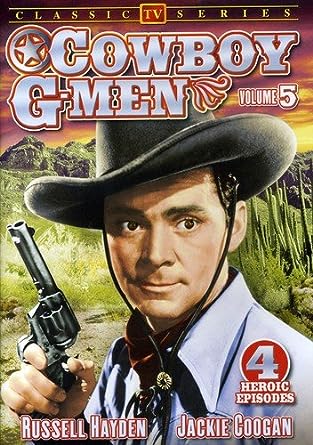 Hayden made his screen debut in the tenth Hopalong Cassidy film, Hills of Old Wyoming (1937), and would eventually co-star in 27 Cassidy westerns, playing his sidekick ‘Lucky’ Jenkins. His screen career was interrupted when he enlisted in the US Navy during World War Two as an aerial combat photographer. After the war he joined with fellow actor Dick Curtis to help create ‘Pioneertown’, a western movie set since used in many films. Pneumonia claimed him in 1981, just three days before his 69th birthday. 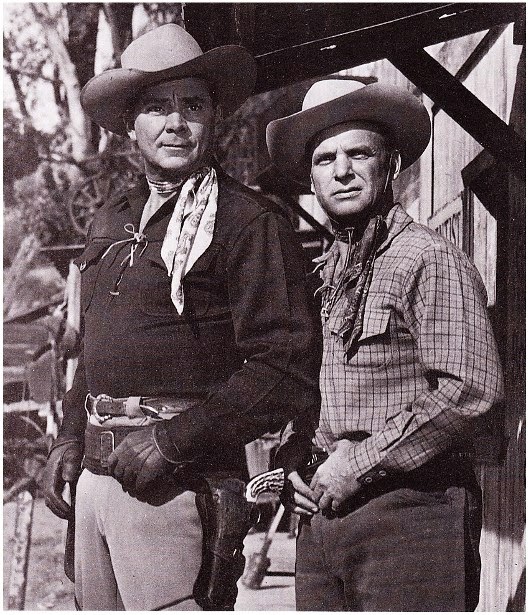 Coogan was born in October 1914 in Los Angeles. Charlie Chaplin spotted him on stage and put him into The Kid (1921). He was a sensation and would remain so until he hit puberty. ‘I drank milk from my own ranch’, he later recalled. ‘I had a 65’ by 80’ room filled with toy trains and my own golf course and football field in my backyard. Other boys went to see Babe Ruth. Babe Ruth came to see me.’ During his eight-year run of success, Jackie earned somewhere between $4 and $8 million. His parents squandered the lot. The ‘Coogan Law’ that protects child actors today came about because of this. Jackie lived until 1984 when a heart attack took him at seventy.