[On his reasoning for making or rejecting movie roles] ‘There are movies I won’t do for any amount. I turned down Patton (1970) and I turned down Dirty Harry (1971). Movies that piss on the world. If I’ve got five bucks in my pocket, I don’t need to make money that fucking way, daddy.’ 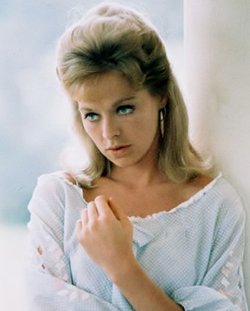 [The petite English actress who played Sophie Western in Tom Jones (1963), punched director John Huston on the set of Freud (1962)] ‘I beat up John Huston and he’s a very big guy. He made a hideous joke about Monty [Montgomery Clift] and I just saw red and laid into him. Monty was worried about his eyesight and Huston said he’d get him a guide dog for Christmas. I hit Huston with tremendous force and he staggered back against the wall. I’m very, very strong. [Monty] was absolutely a loner. He was completely an individual, very selfish as most artists are. But with an enormous regard for truth and for putting the best of himself into what he was doing – his work.’

[On his decision to retire from the screen at forty-six] ‘It wasn’t fun anymore. I was OK financially, so I thought what the hell…I’ll become a professional loafer. I was never that crazy about acting. I had a compulsion to earn money, not to act. So, I worked as an actor until I could afford to retire. I wanted to quit while I could still enjoy life…I like to loaf. Everyone told me I would go crazy or die if I quit working. Yeah? Well, what a lovely way to die.’ 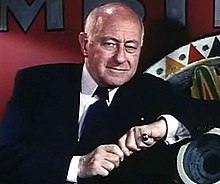 [On director Cecil B. DeMille] ‘DeMille hired the best people in town for his films, and since we were all professionals he didn’t feel he had to direct us too much. He figured we knew our jobs. He’d say a few words to us, then shoot the scene. But he didn’t miss a trick. In a scene with 3,000 extras, if one guy in the back was picking his nose, Mr. DeMille would spot it, and stop everything to chew him out.’ 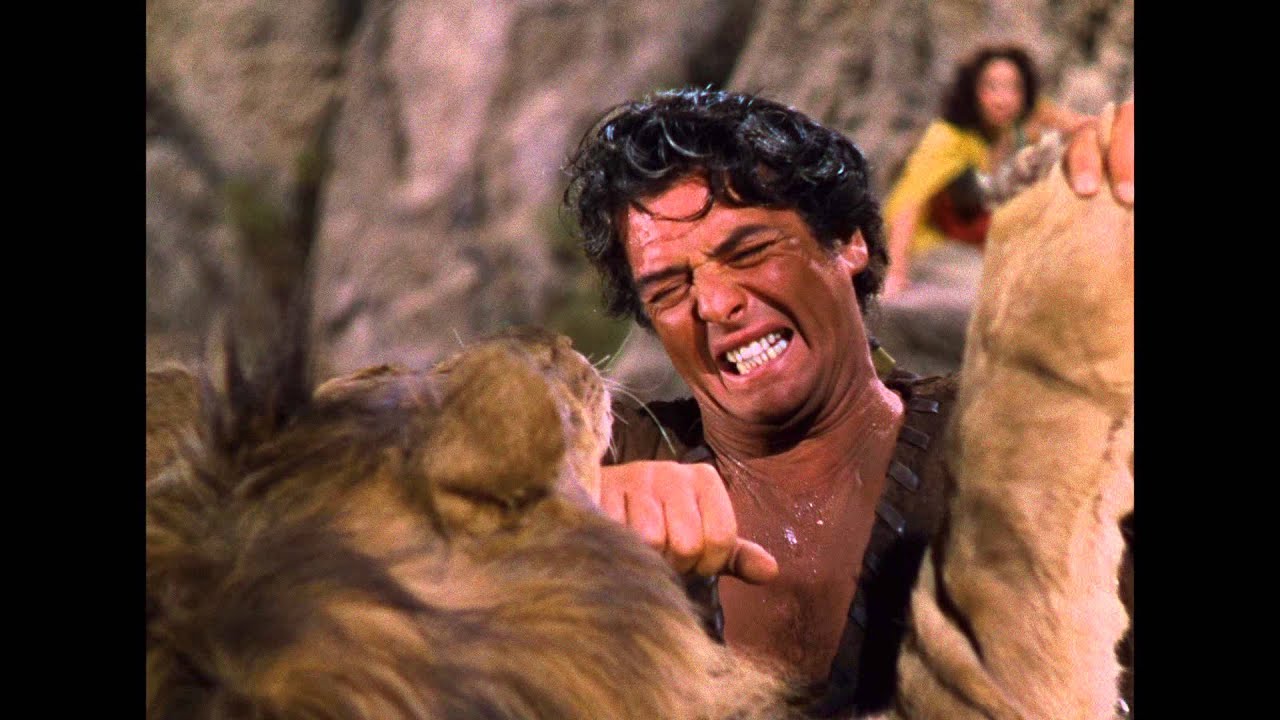 Mature wrestling a lion skin in Samson and Delilah

‘One time he [DeMille] came up to me and said, ‘Victor, my boy, we’re ready to do the scene where you fight the lion. We have a real lion, but he’s very tame, a very sweet old lion. His name is Jackie. When you fight him, I’d like you to put your head in his mouth. Now don’t worry; nothing can happen – Jackie has no teeth.’ I said, ‘Mr. DeMille, I don’t even want to be gummed!’ I did not do the stunt. No way! Not if there were six people holding Jackie by the tail!’ 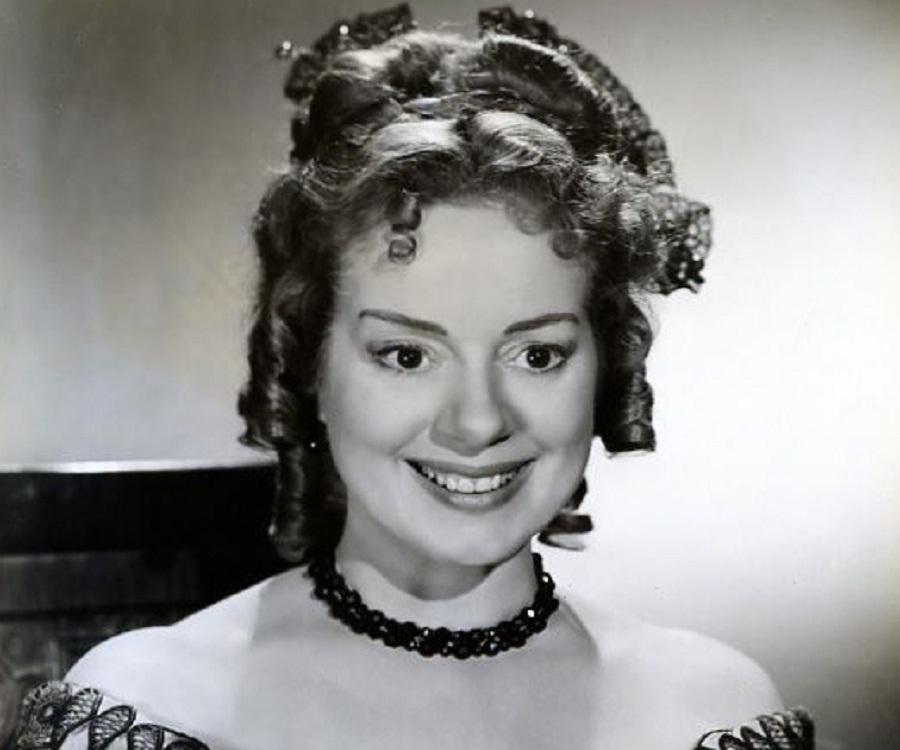 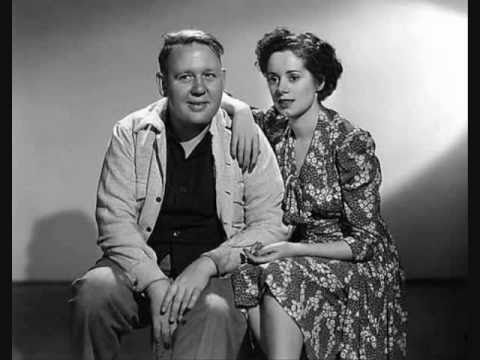 [On her ‘open marriage’ to Charles Laughton (1929-62)] ‘We both needed other company. I met his young men, and I had a young man around and Charles didn’t even argue.’ 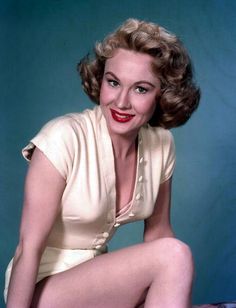 [Her views on the blacklisting years in Hollywood] ‘The blacklisting that took place in Hollywood was slightly different than how you hear of it today. There was a genuine Communist threat in this country and there were Communistic actors, directors, screenwriters and producers in Hollywood trying to grab control of the industry and use it for their own end, which was to spread Communist propaganda throughout the country and the world. The system used to get rid of the Communists was bad. Joseph McCarthy and his methods were a little cruel and drastic. But the Communist danger was there. And it has grown.’ 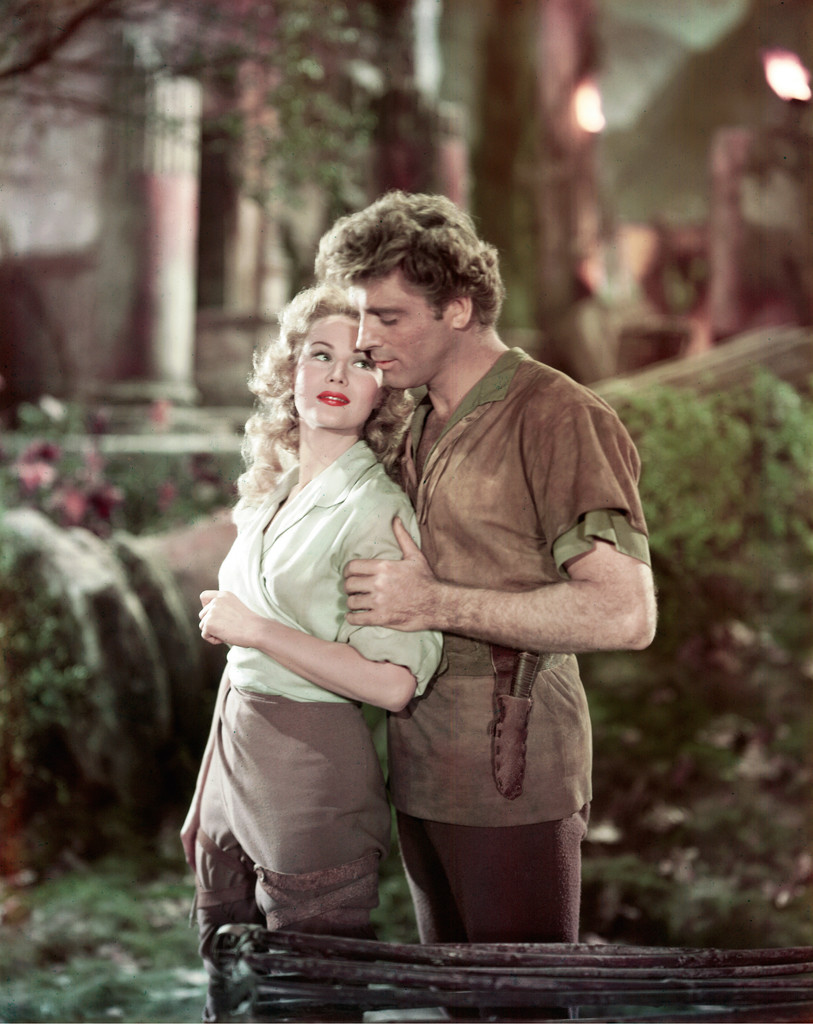 [On working with Burt Lancaster] ‘He was very intense, but much more likeable than Kirk Douglas. He [Burt] is very intelligent and reads a lot. He used to keep in great shape. He was an acrobat and did his own trapeze work in one of his films [The Flame and the Arrow (1950)]. We had a love scene and he was supposed to be angry with me. He grabbed and kissed me so violently that I thought I’d lost my teeth. My arms turned black and blue. I surely didn’t want to kiss him again.’

[On Steve Cochran] ‘He was like Marlon Brando; he did what he wanted to do and when he wanted to do it. Steve was one of my best friends, and he always confided in me. He used to take girls out on his boat. I think they thought he was going to get them into the movies. He had a heart attack and died on one of those trips, and no-one aboard knew how to get the boat back to the dock.’ 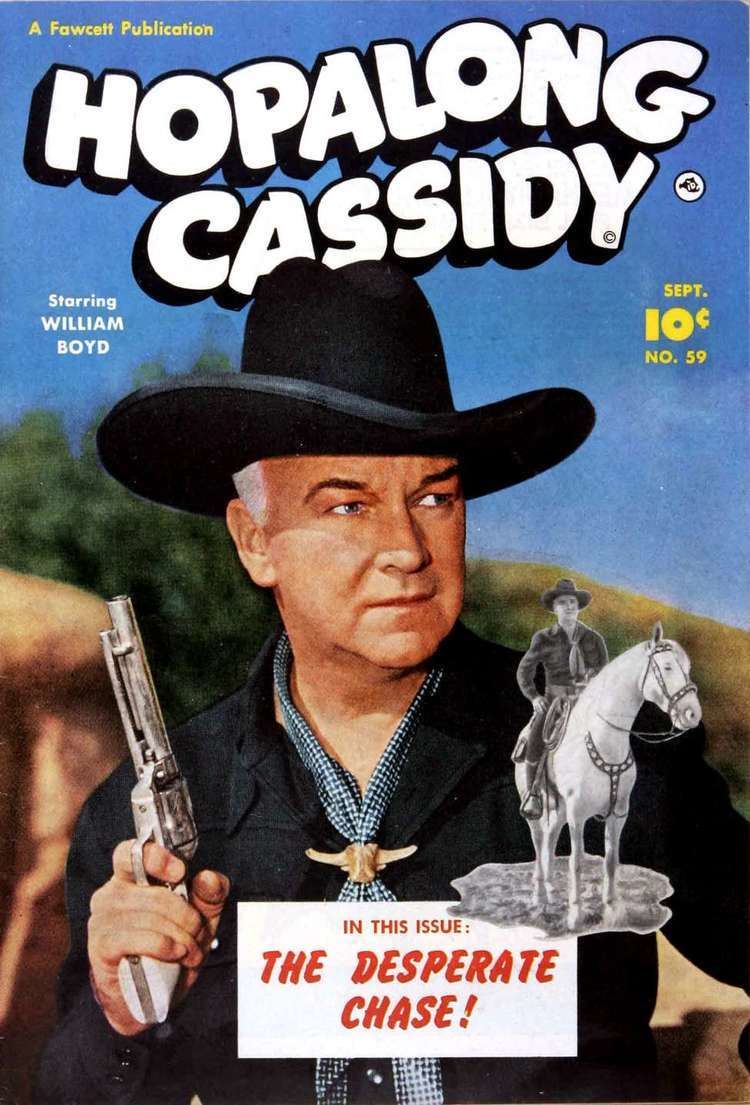 [On his alter-ego Hopalong Cassidy] ‘I’ve tried to make Hoppy a plain and simple man in manners and dress. Hoppy isn’t a flashy character. He isn’t illiterate. Nor is he smart-alecky. He doesn’t use big words or bad words. After all, I felt that Hoppy might be looked up to and that children might try to pattern their lives after the man. If Hoppy said ‘ain’t’ and ‘reckon’ and ‘that-away’, all the kids might start saying the same things.’ 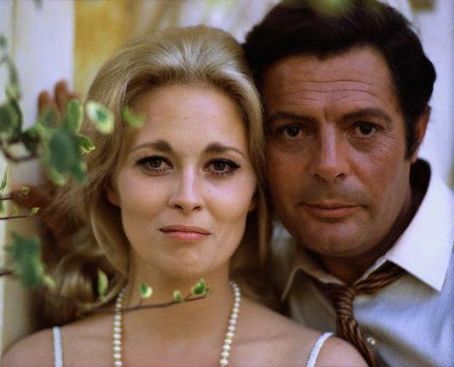 [Speaking in 1987 about his 1968-70 period living with actress Faye Dunaway] ‘She was the woman I loved the most. I’ll always be sorry to have lost her. I was whole with her for the first time in my life.’

[On acting for a living] ‘I don’t know why these American actors have to suffer so much to identify with their characters. Me, I just get up there and act. It’s great fun. There’s no suffering in it. They come for you in the morning in a limousine; they take you to the studio; they stick a pretty girl in your arms…They call that a profession? Come on!’

[Referring to method acting and to Robert De Niro in Raging Bull (1980)] ‘By nature the actor is a kind of wonder who can allow himself to change personalities. If you don’t know how to do this, it’s better to change professions. I think it’s ridiculous to imagine that to play a taxi driver or a boxer you have to spend months and months ‘studying’ the life of cabdrivers and the weight of boxers.’