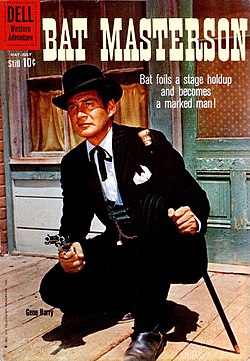 Gene Barry (1919-2009) New Yorker Barry started out as a fine baritone singer, landing several parts in Broadway musicals during the forties before Paramount signed him in the early fifties. Despite carrying a couple of successful TV series – Bat Masterson and Burke’s Law (1963-6) – it seems that he will be best-remembered for portraying Dr Clayton Forrester opposite Ann Robinson in the 1953 cult classic version of The War of the Worlds. He and Ann would re-unite with cameos in the 2005 re-make that starred Tom Cruise and Dakota Fanning.

Gene met his wife (stage name Julie Carson) of 60 years during rehearsals for the 1944 Mae West musical ‘Catherine Was Great’. Mae fired her just before opening night because Julie was a blonde and Miss West would not tolerate competing with other blondes in her shows. Julie secretly stayed on by donning a black wig and Mae was none the wiser. An avid life-long Democrat and political activist, Gene was among Bobby Kennedy’s supporters at the Ambassadors Hotel in Los Angeles the night RFK was assassinated. In 2009, at the age of 90, Gene Barry died from congestive heart failure. 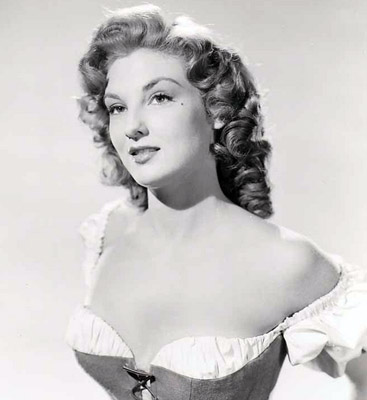 The unusual aspect of this series was the lack of regular co-stars. Barry, of course, played the title character in all 108 episodes, but the next most number of appearances was shared by Allison Hayes (who played Ellie Winters) and Allen Jaffe (who played a nameless belligerent drunk), both of whom graced the screen in just seven episodes apiece. The same year as she first appeared in this series, the voluptuous Allison, (she was Miss Washington DC 1949), achieved screen immortality in Attack of the 50 Foot Woman (1958), during which her character, Nancy Archer, tore the roof off the place and killed her rival, the hapless Martha Vickers. Sadly, Allison was just 46 when she died in 1977. The cause of death appears to have been unsure; either leukaemia or lead poisoning. 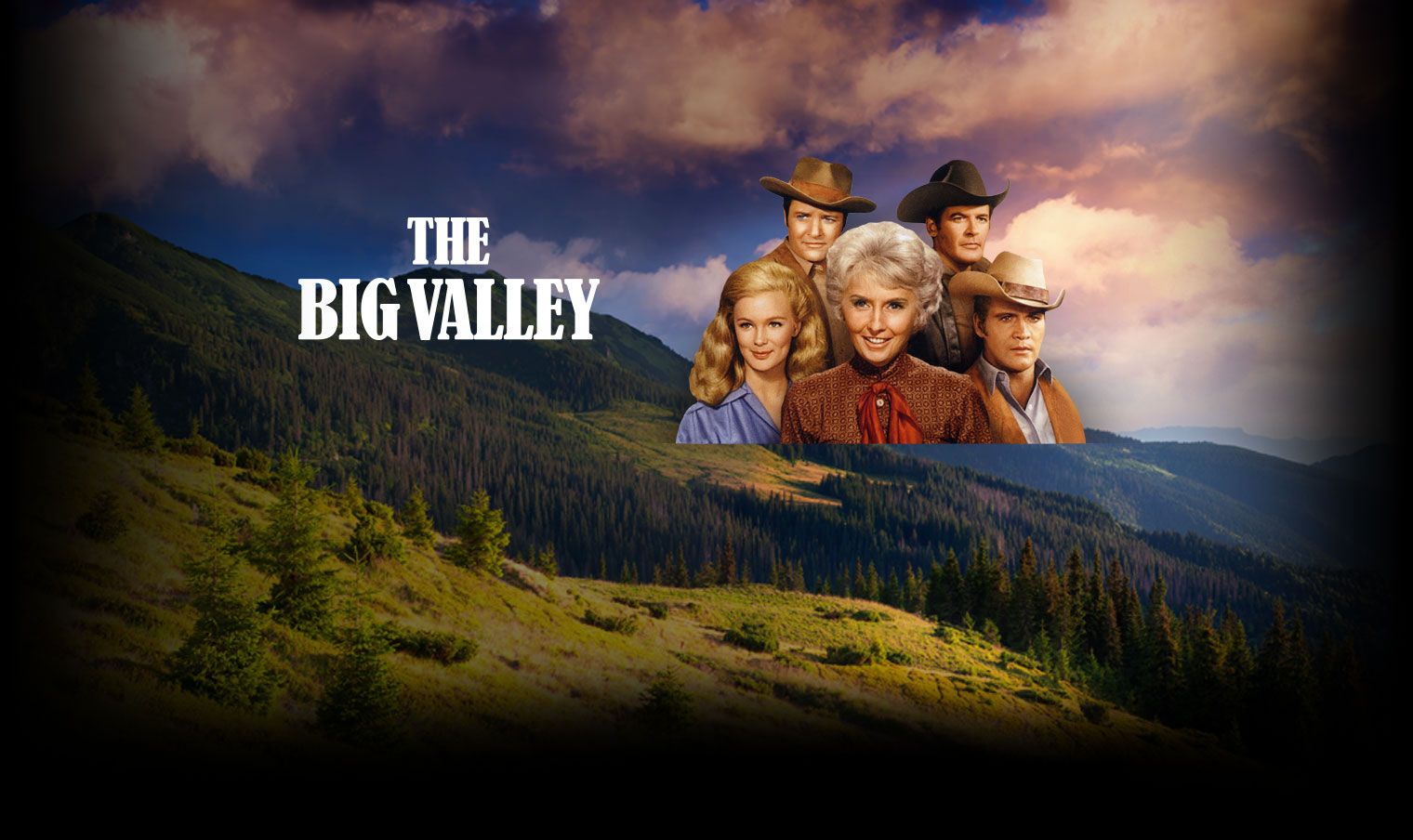 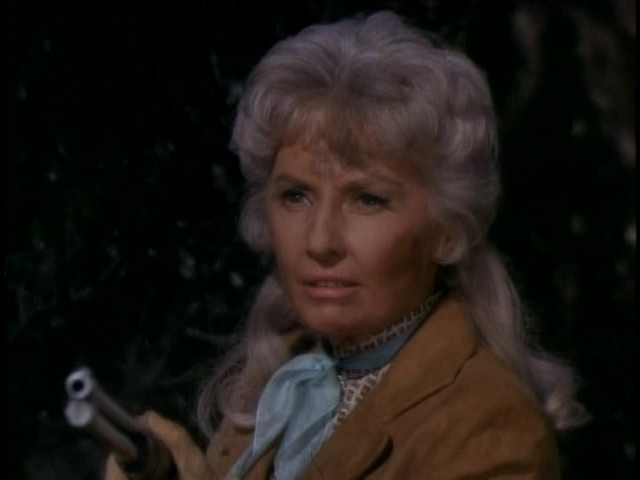 Barbara Stanwyck (1907-90) – As the widowed Victoria Barkley, Barbara runs the Barkley Ranch in San Joaquin Valley, near Stockton, California in the 1870s. The series is loosely based on a ranch owned by a man named Lawson Hill in Calaveras County, California back then. When Lawson died in 1861, his wife Euphemia, their three sons and one daughter, took over running the spread. In the series Victoria had a fourth son for the first eight episodes. His name was Eugene and he was played by actor Charles Briles who, unfortunately for him, was drafted into the US Army shortly after the series opened, so his character was written out of the script. Briles avoided serving in the Vietnam War by volunteering for the California National Guard, but he missed out on starring in his own TV series nonetheless. He passed away in 2016.

Miss Stanwyck appears in 103 of the series’ 112 episodes. Her screen career began as an eighteen year-old, way back in 1927, and she was still appearing on television 59 years later! Along the way she gathered four Academy Award nominations. She never won and has often been described as ‘The Best Actress Who Never Won An Oscar’. For over 12 years she was married to one of Hollywood’s all-time handsome leading men, Robert Taylor (1939-52). It was her second marriage. Her first was to womanizing alcoholic Frank Fay, their stormy union often cited as the basis for the oft-remade film, A Star is Born. 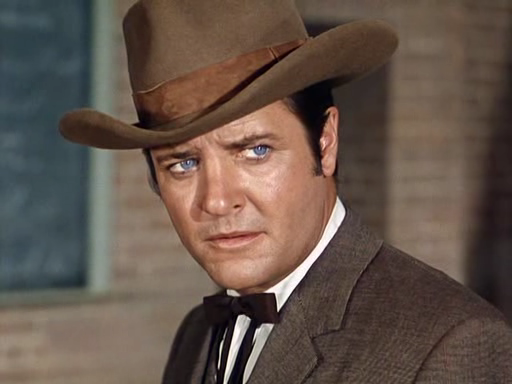 Richard Long (1927-74) – Long played Victoria’s son Jarrod, the only son to get married in the series, albeit ever so briefly. His wife of just a few days accidentally takes a bullet intended for him and is killed. He is also the oldest of the siblings and is a respected attorney at law. Long was in 96 episodes but he had real life health issues. He suffered from heart problems all his life and it was multiple heart attacks that killed him in 1974 at the age of 47. 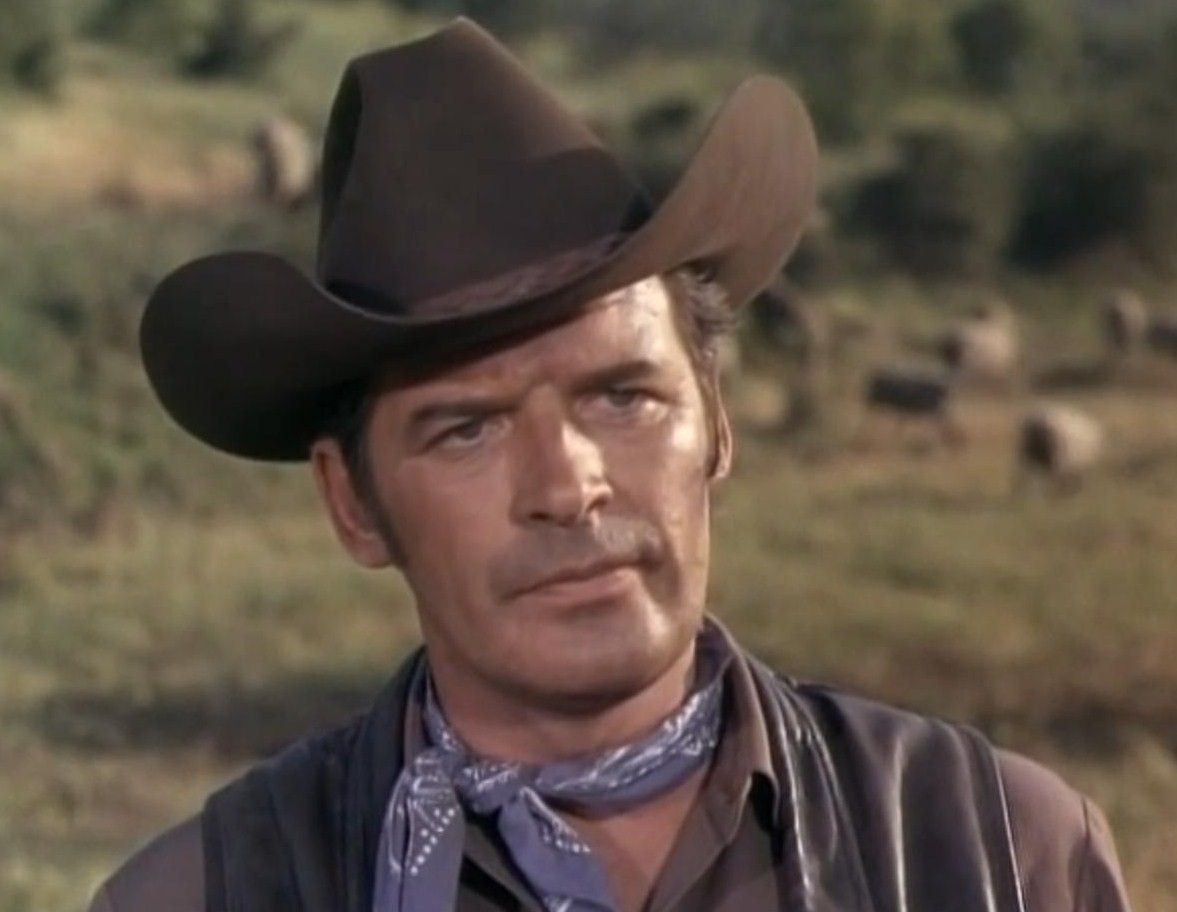 Peter Breck (1929-2012) – Breck played Nick Barkley, the youngest and most hot-tempered of the sons, appearing in 101 episodes. According to ‘Wildest Westerns Magazine’, Peter could draw his gun in 16/100ths of a second, making him the fastest draw in television history. He suffered from dementia for the final ten years of his life before passing away peacefully in 2012. 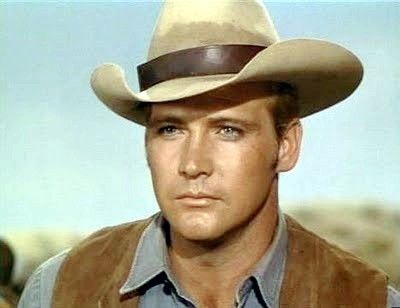 Lee Majors (1939 – ) – Majors played Heath, the illegitimate son of Victoria’s dead husband Tom. He is only ever referred to by his Christian name in the series, never as Heath Barkley, even though he is accepted as part of the family. Majors became a popular star through this series and appeared in 95 episodes. From 1974-8 he was the hottest property on television when he played Colonel Steve Austin in The Six Million Dollar Man series. In his 80th year in 2019, he is still acting.

Linda Evans (1942 – ) – Linda played Victoria’s only daughter, Audra. She initially doubted Heath’s claim that he was her dead father’s son, and even attempted to seduce him in one episode in order to expose him as a fraud. In time, she and Heath developed a close brother-sister relationship. Linda only made 82 episodes, opting to spend more time with her real life husband, actor John Derek, (they wed in 1968), towards the end of the series. At the peak of her powers she was regularly listed as one of the most beautiful women in America. Fans of the TV series Dynasty (1981-9) no doubt recall her starring as Krystle Carrington. Peter Breck (1929-2012) – Breck played former gunfighter turned Lawyer, Clay Culhane, in this short-lived but quite entertaining series. He would go on to much greater recognition as Nick Barkley in The Big Valley (see above).

Russell Johnson (1924-2014) – He portrayed Marshall Gibb Scott here, but will also go on to achieve small-screen immortality as ‘The Professor’ in the hugely popular Gilligan’s Island (1964-7). Johnson played villains in just about every western series on TV, so playing a marshal was a pleasant change for him, albeit a brief one. Ironically, once Gilligan’s Island took off, he was never again offered a ‘bad guy’ role. A former WW2 veteran of 44 combat missions (as a bombardier in the Pacific), he lived to the age of 89 before succumbing to kidney failure in 2014.

Anna-Lisa (1933-2018) – Born in Oslo, Norway, Anna-Lisa came to the USA as an au-pair for a family in California; took acting lessons, and was soon discovered by an agent. She had the female lead in Black Saddle in 33 of its 44 episodes, but her screen career (nearly all TV) was unheralded and she retired in 1974. Returning to Norway, she did some stage acting in Oslo during the remainder of her life.