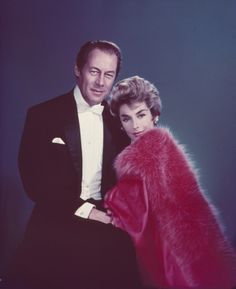 British actress Kay Kendall was pretty much born into the music hall business. Her grand-mother, Marie Kendall, was an Edwardian music hall star and her father, Terry Kendall, was a song-and-dance-man on the circuit. It was no surprise, therefore, when Kay tossed in ballet study in London after six years, and joined a chorus line as a teenager. Her beauty and vivaciousness soon landed her bits in movies and by the early fifties she had a following in Britain. She was 28 when she met and fell in love with the married Rex Harrison on the set of Marriage a la Mode (1955). Two years later Harrison learned from her doctor that Kay had leukaemia. She did not know of the diagnosis, and both Rex and the doctor decided nothing good could come from telling her. Harrison divorced his wife, actress Lilli Palmer, and wed Kay in June 1957. The couple continued to live the good life until Kay’s death in September 1959. She was just 33 and much-loved by all who knew her. 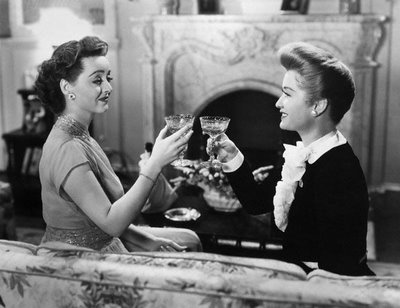 Miriam Hopkins and Bette Davis had a long-running feud, one that started before either lady even entered the movies. They were both stage actresses with the same company, at a time when Miriam was certainly the bigger star. She was also first to try her luck in Hollywood where she quickly became a star there as well. But then Bette arrived. They were both nominated for Best Actress Academy Awards in 1935, Miriam for Becky Sharp and Bette for Dangerous. Bette won and was now established as, by far, the bigger box-office star. When she won again for Jezebel (1938), (a role that had flopped on Broadway for Miriam back in 1933), the jealousy between the two women reached boiling point. Miriam married director Anatole Litvak and Bette embarked on a hot and public affair with him. There has always been conjecture over just when their affair started; whether it was during Litvak’s marriage to Miriam or not, but it certainly occurred. When Miriam died in 1972, Bette magnanimously conceded that she was a good actress, but quickly added, ‘Otherwise, she was a real bitch’. 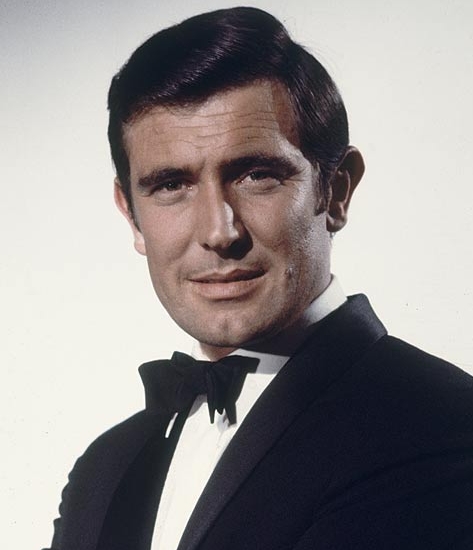 According to James Bond producer Albert ‘Cubby’ Broccoli, if George Lazenby had not quit as Bond after On Her Majesty’s Secret Service (1969), he may well have been the best Bond ever. That is quite an extraordinary opinion, given that George had no acting experience leading into that film, having only done commercials before landing the role as 007. So, why did he walk away from a veritable goldmine? In essence, he simply found his Bond contract too demanding. It involved a seven-movie deal and that worried him greatly as well. He was also convinced that the Bond craze would be a fleeting one at best. In his opinion, a tuxedo-clad hero would invariably die out in the new hippie culture that was prevailing in the late sixties and early seventies. Of course, he could not have been more wrong, and he later regretted his decision, blaming it on bad advice. 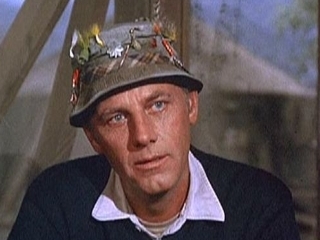 Lovers of the long-running TV series M.A.S.H. (1972) still retain a soft spot for McLean Stevenson, the wonderfully talented comedian who portrayed Colonel Henry Blake for the first three seasons. When Stevenson opted to leave the series, his character was reported killed in a plane crash, a drastic piece of screenwriting that shocked and saddened fans around the world. On May 4, 1975, on an episode of Cher, the opening shot was one of Henry Blake sitting in a smoking raft, waving his arms and hollering, ‘I’m OK! I’m OK!’ The backlash from fans over him being ‘killed off’ in 1975, resulted in a mass of hate mail flooding into the studio. The producers and the writers vowed never again to ‘kill off’ a character, should anyone else choose to leave the show.

Margot Kidder hailed from Yellowknife, Northwest Territories, Canada; entering this world in 1948. Even as a child she suffered from mood swings that led to suicide attempts, the first of these when she was just fourteen years old! After graduation, she moved to Los Angeles, got herself an agent and began landing acting roles in movies. The role of Lois Lane in Superman (1978) changed her life forever. The picture was a smash hit and her face became known around the world. Three sequels followed and life was looking rosy until she was involved in a bad car accident in 1990. Her injuries prevented her working for two years and she went bankrupt in the interim. 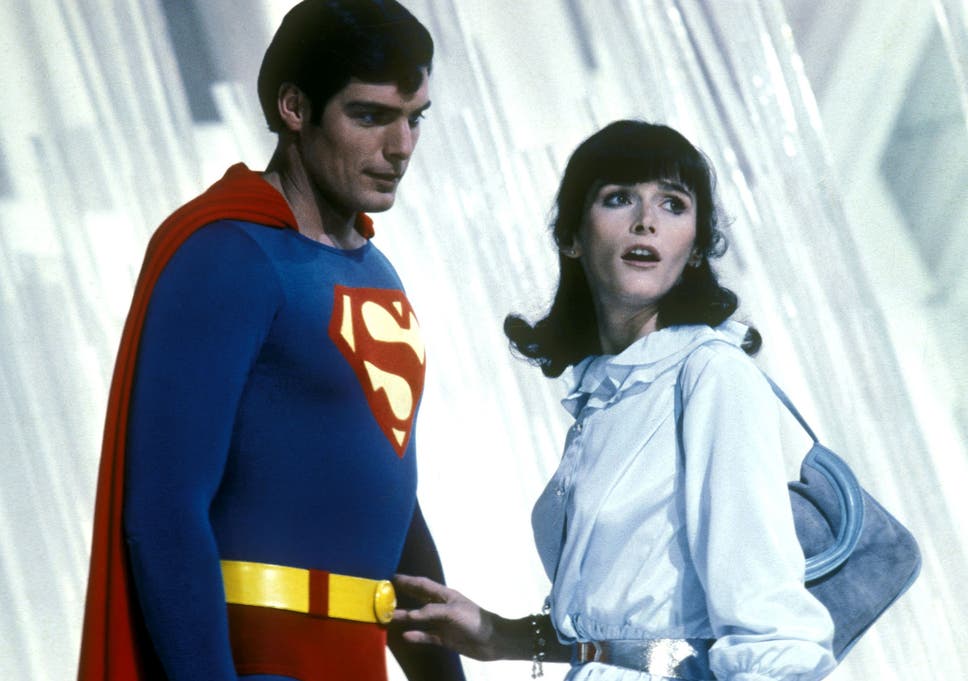 Her much-publicized, eccentric behaviour in 1996 was brought on by her manic depression. She was found wandering the streets of Los Angeles suffering from paranoia, convinced her first husband was trying to kill her. Having cut her hair off and removed part of her dental work, she was discovered, almost un-recognizeable, hiding under a family’s porch! A second car crash in August 2002 left her badly injured with a broken pelvis.

Margot became an American citizen in 2004 (after having lived in the USA for 34 years). She explained that she took out citizenship for the sole purpose of voting against President George W. Bush and his decision to invade Iraq. ‘He makes me want to slash my wrists’, she declared. ‘He’s so embarrassing I have to leave the room when he’s on the news. What a monkey!’ 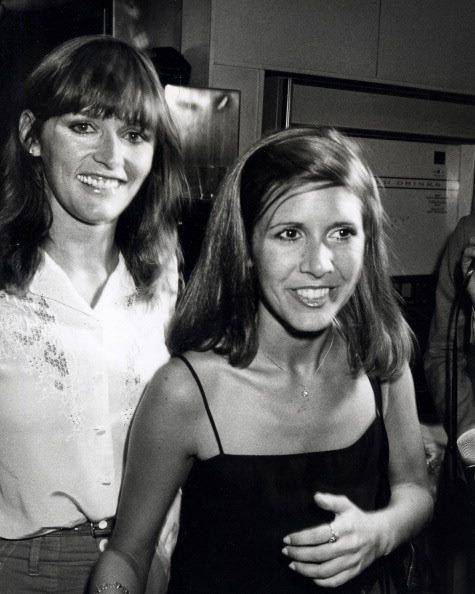 A close friend of actress Carrie Fisher, she was strongly affected by her death in December 2016, suddenly becoming aware of her own mortality. Margot died in her sleep at home in Montana in May 2018 at the age of 69. The coroner said her death was the result of ‘a self-inflicted drug and alcohol overdose’. Indicative of her state of mind, was her final wish that her remains be ‘devoured by a pack of wolves.’ She was cremated and her ashes returned to Yellowknife. 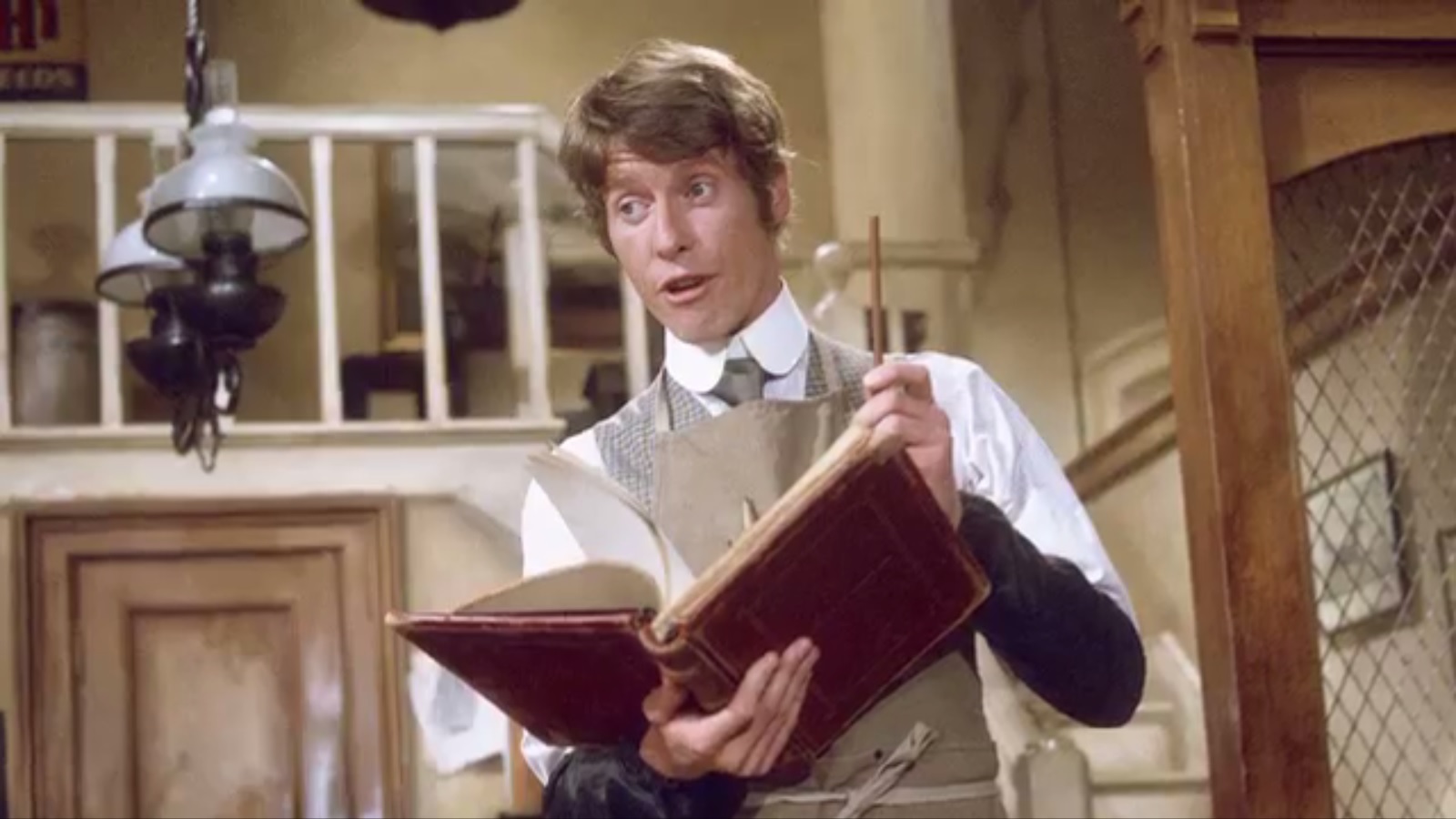 English actor/singer Michael Crawford (star of 1973’s TV series Some Mothers Do ‘Ave ‘Em), auditioned in front of Gene Kelly for the role of Cornelius Hackl in the 1969 film Hello, Dolly! The audition required him to change clothes several times and to at least try to tap dance. He needed to shave several times and was often bleeding as he danced. ‘What we are looking for’, Kelly informed him later, ‘is an attractive idiot. My wife thinks you are attractive, and I think you’re an idiot.’ He won the part.