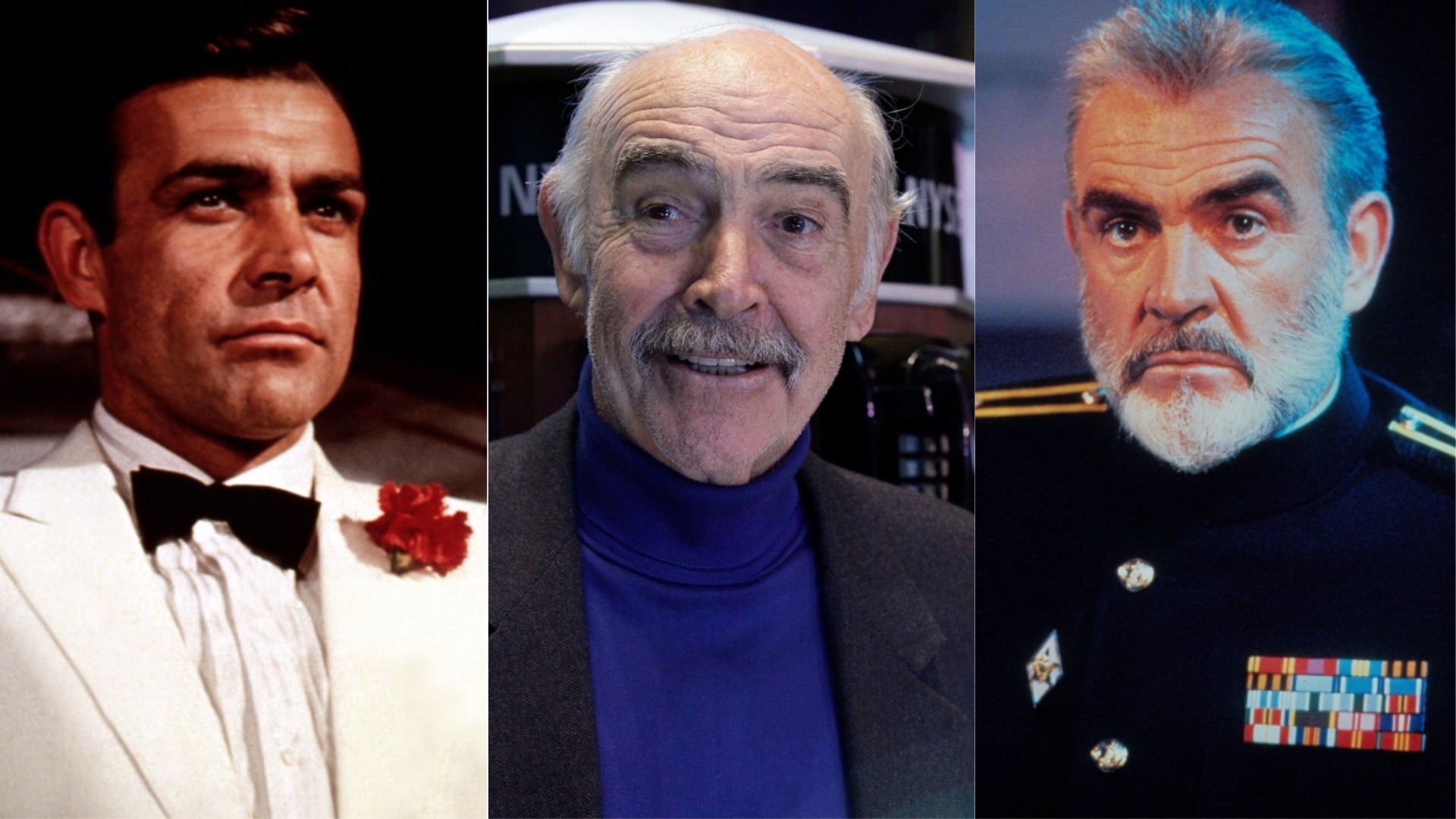 [His response regarding co-starring with his then wife, Australian actress Diane Cilento] ‘Diane and I are often asked why we don’t make a film together. Frankly, it would be a bloody disaster. I don’t go along with husband and wife double acts. I want a wife to go to bed with, not for a script conference.’

[Connery’s revealing response to a question during a 1965 Playboy magazine interview regarding his views on ‘roughing up women’] ‘I don’t think there is anything particularly wrong about hitting a woman – although I don’t recommend doing it in the same way you’d hit a man. An open-handed slap is justified – if all alternatives fail and there has been plenty of warning. If a woman is a bitch, or hysterical, or bloody-minded continually, then I’d do it. I think a man has to be slightly advanced, ahead of the woman. I really do – by virtue of the way a man is built, if nothing else. But I wouldn’t call myself sadistic.’

‘It is said that a total ban on hand-guns, including .22s, would take away innocent pleasure from thousands of people. Is that more or less pleasure than watching your child grow up?’

[In 2004] ‘The Scottish media all say, ‘Oh yeah, he’s a tax exile’. I have paid more tax than the government put together in that Parliament. I still pay full tax when I work in England and the same when I work in America.’ [His 1973 comments about the ‘James Bond’ producers, Harry Saltzman and Albert R. Broccoli] ‘They’re not exactly enamoured of each other. Probably, they’re both sitting on $50 million and looking across the desk at each other and thinking, ‘That bugger’s got half of what should be all mine.’ I dislike intensely injustice, and Harry Saltzman and Cubby Broccoli were frightfully greedy people.’ 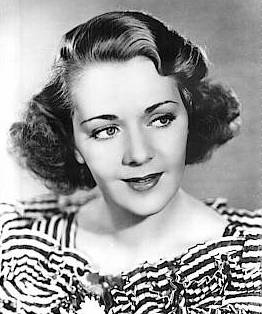 [On why she forbade the use of her name in the film about Al Jolson’s life titled The Jolson Story (1946). In the picture she is played by Evelyn Keyes but is only referred to as ‘Julie Benson’ throughout] ‘I don’t like him. I don’t want my children to grow up someday and maybe see the picture and know I was married to a man like that.’ 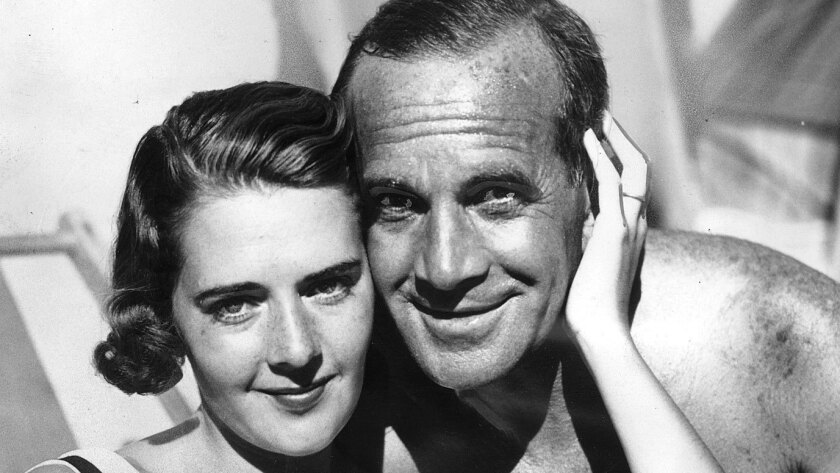 [On her rise to stardom in Warner Bros. musicals in the thirties] ‘It’s really amazing. I couldn’t act. I had that terrible singing voice, and now I can see I wasn’t the greatest tap dancer in the world, either. I was all personality and no talent.’

‘I’m right on the edge of getting another movie. It’s between me and a famous person. The studio said they’re thinking about going with somebody with a name. I said, ‘That’s great! Because I have one!’

‘When I was in high school, I hid in the back seat of an old boyfriend’s car when he was out with another girl. He finally found me, but not until he had made out with her for an hour.’

‘Everywhere I go, people think I’m Helen Hunt. My mother gets told, ‘Oh, you’re so lucky that your daughters are doing so well.’ She never corrects anybody when they assume Helen is her daughter. When a fan holds out Helen’s picture for me to autograph, I usually sign it ‘Linda Hunt’ – just to make their heads really crazy.’

[On her relationship (or lack of) with Oprah Winfrey] ‘She never had me on her show, ever. She won’t talk to me. The only encounter I’ve had with Oprah was when I was at a party for the Academy Awards – a private residence. I was talking to Clint Eastwood, and she literally came between us with her back to me. So, all of a sudden I was confronted with the back of Oprah’s head!’

[On various drugs] ‘Of course, drugs were fun. And that’s what’s so stupid about anti-drug campaigns – they don’t admit that. I smoke weed, but I don’t consider that a danger to my health. Bad cocaine makes you feel shitty. Probably makes you run for the loo because it’s laced with laxatives. Pure cocaine gives you a very light, airy, clear, and extremely pleasant feeling. But really, there’s no such thing as good cocaine. I don’t believe that people should take it recreationally.’

[On Ryan O’Neal] ‘He head-butted me. He took my head in his hands and hit it with full force against his head because he couldn’t find me at a party. He’s a deeply disturbed – or at least was then; I can’t vouch for now, but I think he was – a deeply disturbed person.’ 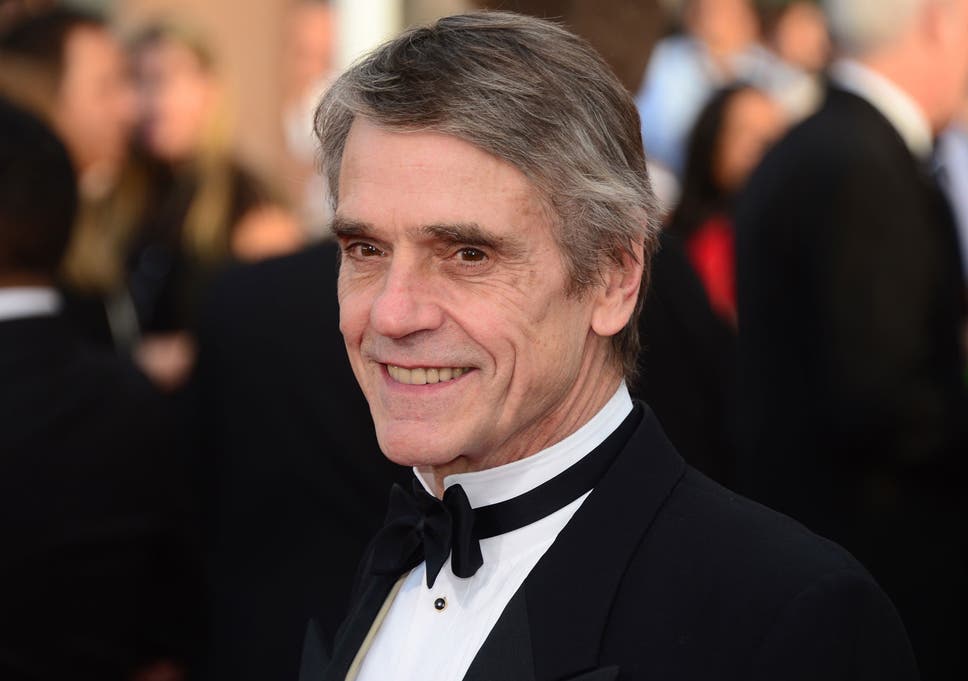 ‘The movie industry is run by accountants in Hollywood and it’s as simple as this: everyone has a number on their computer. They can look up Jeremy Irons and see what my last five movies have made. Say you want to make a $20 million picture, which is relatively cheap. If Jeremy makes $9 million, the director makes $5 million, then you need a leading lady, and they just go through those figures. That’s how casting happens. And none of my movies has made a lot of money.’

[On his grandfather’s subservience to the white man] ‘I went to work with my grandfather, who cleaned office buildings and furnaces, and there would be twenty-year-old guys callin’ him Ed, and he called ‘em Mister. My grandfather was this old guy, very dignified, but he never looked ‘em in the eye. He’d look at me like, ‘Turn your head down! Don’t look the white men in the eye ‘cause they’ll think your being uppity or arrogant.’ Now the name of my production company is ‘Uppity’.’ 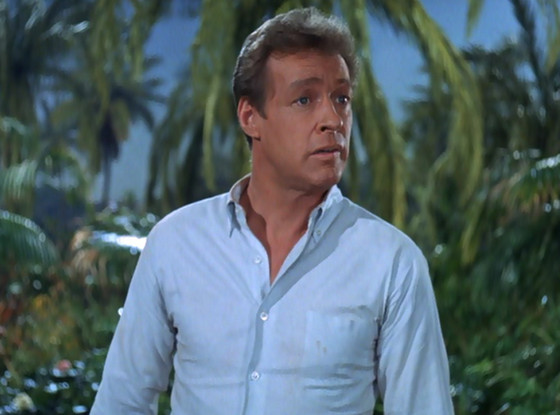 [About his role as ‘the Professor’ on Gilligan’s Island (1964-7), and the cast of the series in general] ‘Gunsmoke, Wagon Train, The Dakotas– you name a western, I did it. I was always the bad guy in westerns. I played more bad guys than you can shake a stick at until I played the Professor. Then I couldn’t get a job being a bad guy. If there was ever a group of actors who were typecast it was us.’