He was born Kintaro Hayakawa in Chiba, Japan in 1886. Hayakawa’s family intended him to become an officer in the Imperial Japanese Navy. However, after he was expelled from the naval academy at the age of eighteen he attempted suicide, before re-evaluating his situation and moving to America. Once there he attended the University of Chicago before trying his luck in Hollywood. Playing mostly villainous seducers in silent films, he soon developed a strong supporter base (of predominantly white females), and enjoyed considerable success on the silver screen. His first child, a son, was born in New York in 1929, to a white actress named Ruth Noble. Hayakawa had been married to Japanese performer Tsuro Aoki since 1914, so he and his wife changed the boy’s name from Alexander Hayes to Yukio and took him to be raised and educated in Japan. Sessue split his time between the USA, Japan and France over the next couple of decades, until war broke out in Europe in 1939.

It was not until he was in his late sixties that Hayakawa carved his niche in American movie legend as the Japanese commandant in the Oscar-winning 1957 film The Bridge on the River Kwai. His strong performance earned him a Supporting Actor Academy Award nomination. When the Germans had first marched into Paris back in 1940, he was 50 years old and filming on location in France at the time. Finding himself trapped in the occupied capital for the duration, he joined the French Resistance and risked his life helping Allied flyers escape home throughout the war. After peace was declared, he was asked how he explained to his wife (who was back home in Japan) why he had remained in Paris for the entire war. ‘She would not dare ask’, he replied matter-of-factly. Hayakawa retired from film in 1966 and died seven years later in Tokyo from cerebral thrombosis complicated by pneumonia. 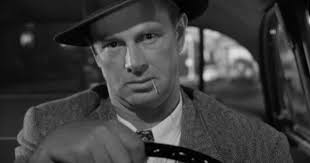 Hayden was a reluctant actor. He was also a high school dropout who went to sea at 16 and was the skipper of a schooner by his early twenties. Stunning British actress Madeleine Carroll met and fell in love with him when they co-starred in Virginia at Paramount in 1940. They married in New Hampshire in February 1942, but America’s entry into the war convinced Hayden he should serve his country. He applied to be a torpedo boat officer and was quick to learn that his sea experience counted for naught with the US Navy. They simply would not grant a lieutenant’s commission to someone who had dropped out in the tenth grade!

Consequently, when Madeleine decided to return to England, he turned his back on Hollywood and went with her, determined to join the British commandos. They accepted him but, unfortunately, he broke his leg on his eleventh parachute jump and was invalided out. Undeterred, he successfully applied for the Office of Strategic Services (OSS), albeit under a new name. Embarrassed by his movie star status, Hayden officially changed his name to John Hamilton for the duration. In time the OSS would send him to join up with Josip Broz Tito’s guerillas in Yugoslavia. Three days after arriving in Italy he was given command of 400 Yugoslavs (50 of them women), and began running supplies to the Communist partisans who were making life very difficult for the occupying German forces.

At war’s end he was given a citation by Tito and a Silver Star by the OSS. He and Madeleine divorced in 1946 and Hayden and actress Evelyn Keyes became an item for a while. But he was a changed man. ‘After the war’, she recalled, ‘all he wanted to do was hang around my apartment and read the Communist Manifesto aloud to me.’ On confessing his Communist ties he later lamented his brief flirtation with the party: ‘It’s the one thing in my life that I’m categorically ashamed of.’ Hayden married five times in his life. Interestingly, three of those were to the same woman! He was a deeply troubled man in his later years and drank heavily, although it was cancer that took him at 70 in 1986.

Arguably, one of the best singers of the twentieth century, Dick Haymes was a native of Buenos Aires, Argentina (to Scots/Irish parents), whose family moved to the USA when he was an infant. Being born in Argentina meant that he was not legally an American citizen so, in order to get out of the draft in 1944, he registered as a ‘resident alien’, successfully avoiding service in the armed forces. Hollywood-based gossip columnists Louella Parsons and Hedda Hopper seized upon this and questioned his lack of patriotism in their columns. At a time when other Hollywood stars were joining the military, many Americans considered Haymes to be a coward. 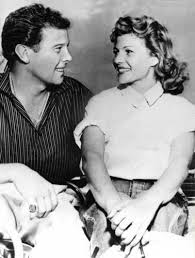 In 1953, he travelled to Hawaii in pursuit of Rita Hayworth who was filming Miss Sadie Thompson there, and was prevented from re-entering mainland USA because Hawaii was not then an American state. The Immigration Service (IS) said he lacked the proper re-entry papers for an alien. They even tried to have him deported to Argentina. The publicity saw his draft- dodging during the war re-surface and his career went into serious decline. Even though he was nicknamed ‘Mr. Evil’, Haynes must have been quite a charmer because among his six wives there were some of Hollywood’s great beauties. Wife #2 was Joanne Dru; # 3 was Errol Flynn’s ex-wife Nora Eddington; # 4 was none other than Rita Hayworth and #5 was knockout singer Fran Jeffries. He died from lung cancer in 1980 at the age of 61. 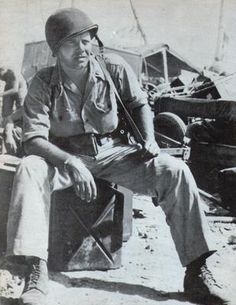 The 1936 swashbuckler Anthony Adverse introduced South African-born newcomer Louis Hayward to American movie audiences and it appeared that a promising new leading man had arrived. His screen fortunes, however, inexplicably fluctuated for the next few years. And then the Second World War intervened. He signed up as a US Marine combat photographer and saw some horrendous action during the bloody battle of Tarawa in 1943. It was the first time in amphibious warfare history that photographers were permitted to go in with the first assault wave. Three days of savage fighting cost the Marines 3,000 casualties and the Japanese defenders 4,500. No quarter was expected or given. Hayward earned a Bronze Star for his courageous work under fire but the nightmarish experience led to severe depression and an eventual full physical collapse. Back in 1938 he had married British actress Ida Lupino, (almost certainly, according to Noel Coward’s diary, on the rebound from his affair with Coward), but Louis was a changed man after Tarawa and his marriage soon collapsed. The couple divorced in 1945. Diagnosed with the lung cancer that ultimately killed him at 75, Hayward commented: ’I got precisely what I deserved after a four-pack-a-day habit for fifty years.’