For sheer non-stop action it is hard to go past the Bruce Willis 1988 film Die Hard. Few expected the wise-cracking star of the hit TV series Moonlighting to impact as an action hero, although Fox president Rupert Murdoch must have anticipated he could do it because he paid Willis an unprecedented $5 million to head the cast. Director John McTiernan was fresh off his successful Predator (1987) and was at the top of his game. He would complete the hat-trick with The Hunt for Red October the following year. The unfinished Fox building doubled as Nakatomi Plaza. These days, tourists are barred from photographing the building from directly outside, such has been its attraction for visitors to the area.

A huge plus for the movie was the inspired casting of British TV and stage actor Alan Rickman as the main ‘heavy’, Hans Gruber. In the spring of 1987, producer Joel Silver and McTiernan spotted the 41 year-old Brit playing the evil Vicomte de Valmont in a stage version of Dangerous Liaisons and quickly recruited him to make his big-screen debut as Gruber. Sam Neill had already rejected the role. Rickman’s performance would set the bar for the screen portrayal of villains for decades to come. Indeed, he was so convincing that he struggled to avoid being typecast as a villain from that time onwards.

Nakatomi Plaza aka The Fox Plaza

As often happens in casting, one man’s misfortune can be another’s gain. Willis was turned down for the Charles Grodin role in Midnight Run (1988), which left him free to play John McClane in Die Hard. Robert De Niro, on the other hand, had knocked back the McClane role in order to star in Midnight Run. Both pictures opened on the same weekend and did good business. Away from the screen Willis and Demi Moore tied the knot during the shoot, the wedding ceremony being conducted by Little Richard at the Golden Nugget hotel in Las Vegas. Ally Sheedy was a bridesmaid. Die Hard grossed $141 million worldwide and spawned three sequels, none of which held a candle to the original. 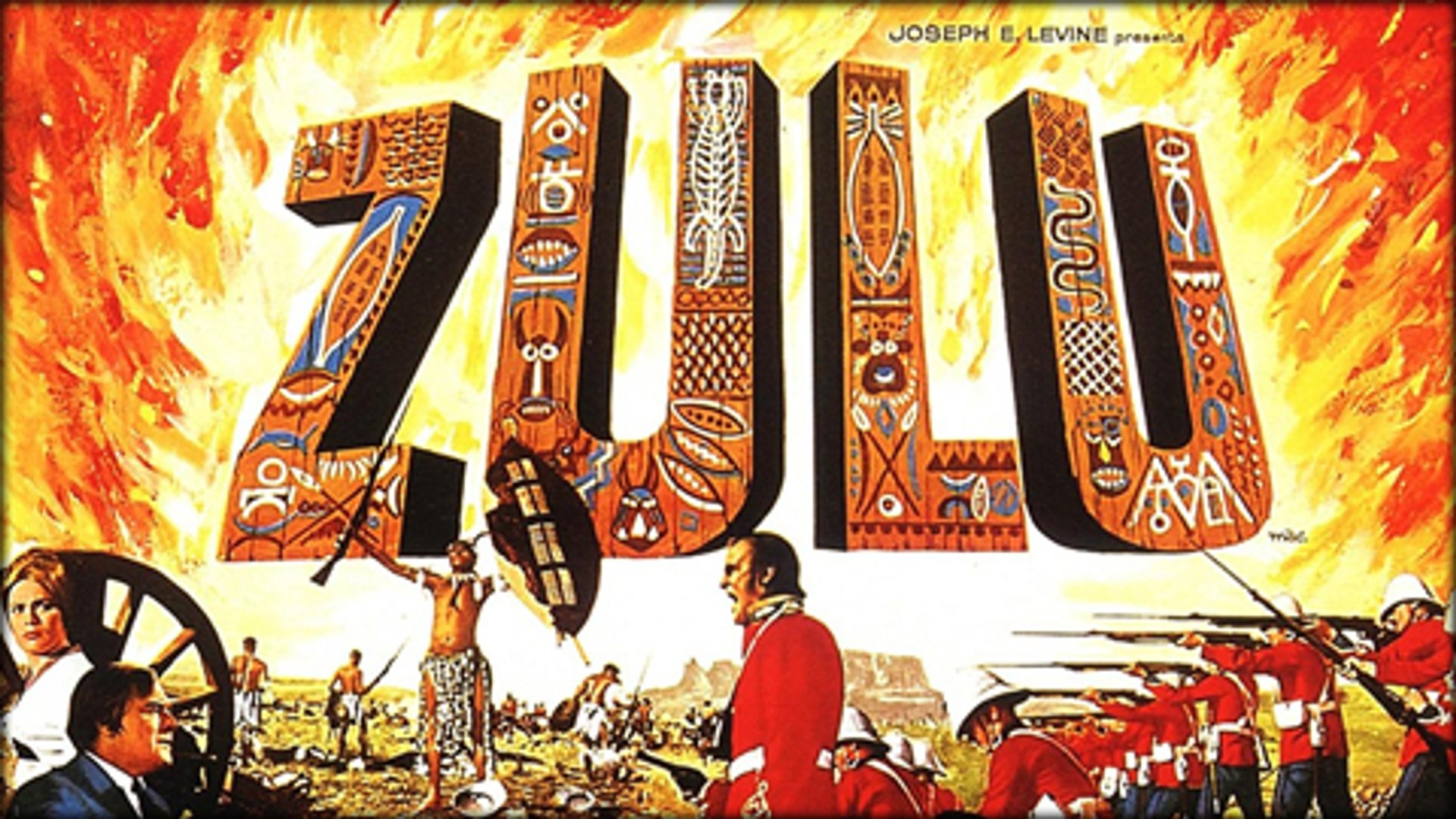 Some memories stay with us longer than others. I was seventeen when my mates and I went to the local cinema to see a new release titled Zulu in 1964. We did not know what to expect but the trailer had promised a bit of action so we were optimistic. The instant we clapped eyes on the scarlet uniforms worn by the British soldiers, we knew we were in for a treat. Widescreen panoramas of South Africa, the promise of fighting on a grand scale, and a host of topless Zulu maidens in the opening scene, provided a sure-fire recipe for some cinema magic. And we were not disappointed. Until this movie appeared, the only thing we knew about Zulus was that there seemed to be no shortage of them. Being Aussies, of course, we were secretly hoping the Pommy redcoats would get their butts kicked but, sadly, it was not to be. Just over a hundred defenders at Rorke’s Drift fought off about 4,000 Zulus for an afternoon and a night in January 1879, before the Zulus called it quits and went home.

Personally, I thought the battle was a one-sided affair from start to finish. Each redcoat had a Martini-Henri rifle with bayonet attached; each Zulu had a stabbing spear (an assegai) and a club called a knobkerrie. It was hardly a fair fight. I was very familiar with the Battle of the Alamo (1836), and was aware just how long it took about 4,000 Mexican troops to breach the fortress and kill all 180 or so defenders. The whole thing was over in under an hour because the Mexican General Santa Anna hit them en masse from all sides at once. The Zulu leader, enjoying a similar numerical advantage, was a complete dunderhead, however, and somehow managed to blow it. I am no military tactician, but surely if he sent a thousand dudes against each wall held by 25 redcoats, he, too, would have triumphed in minutes! The ‘walls’ I refer to, by the way, were nothing like those at the Alamo. They were just stacks of mealie-bags about four feet high. The end result – the Zulu leader snatched defeat from the jaws of victory through sheer stupidity and made heroes of a bunch of very fortunate Brits, eleven of whom were awarded the nation’s highest decoration for valour – The Victoria Cross.

History and gross incompetence aside, this movie is a wonderful example of how to make an action picture people will remember and talk about. It also introduced a new star, thirty year-old Michael Caine, to cinema audiences around the globe. I thought he was most impressive until he was required to run! When it comes to athletic ability Aussies can spot a phony in a micro-second. Mr. Caine would have been hard-pressed to run out of sight in a sandstorm! Clearly, he had spent most of his thirty years indoors. Oh well, you can’t have everything. But the movie is all action, colour and heroism – on both sides. I believe it was regularly shown to new recruits by the Australian Army for a while, presumably to inspire them or something. ‘Here you are, boys. This is how you should perform if you happen to be fortunate enough to be attacked by thousands of guys led by a moron with no comprehension of basic arithmetic.’ 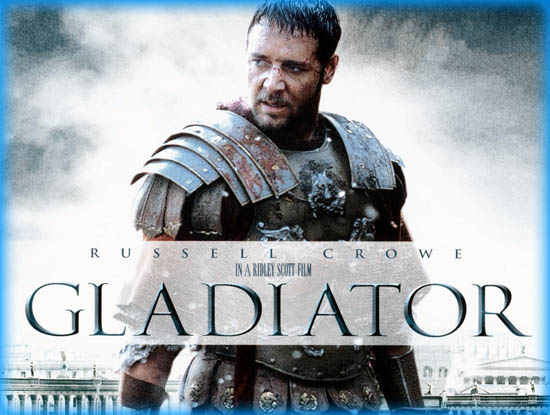 Wow! What a movie. Gladiator has the lot. A great screenplay, a powerful yet moving score, a cast to die for, and the directing genius of Ridley Scott. New Zealander Russell Crowe is absolutely perfect in the title role and thoroughly deserving of his Best Actor Oscar. No doubt, Scott is probably still trying to figure out why he did not win Best Director. The film did manage to be voted Best Picture, after all! Of course, that is not unusual at Academy Awards time. In 1990, when Driving Miss Daisy was judged Best Picture, the standing joke was that it must have directed itself because the man at the helm, Bruce Beresford, was not even nominated for Best Director! Indeed, Ridley Scott has been nominated for Best Director three times – Thelma & Louise (1991), Gladiator (2000) and Blackhawk Down (2001) – and lost each time! 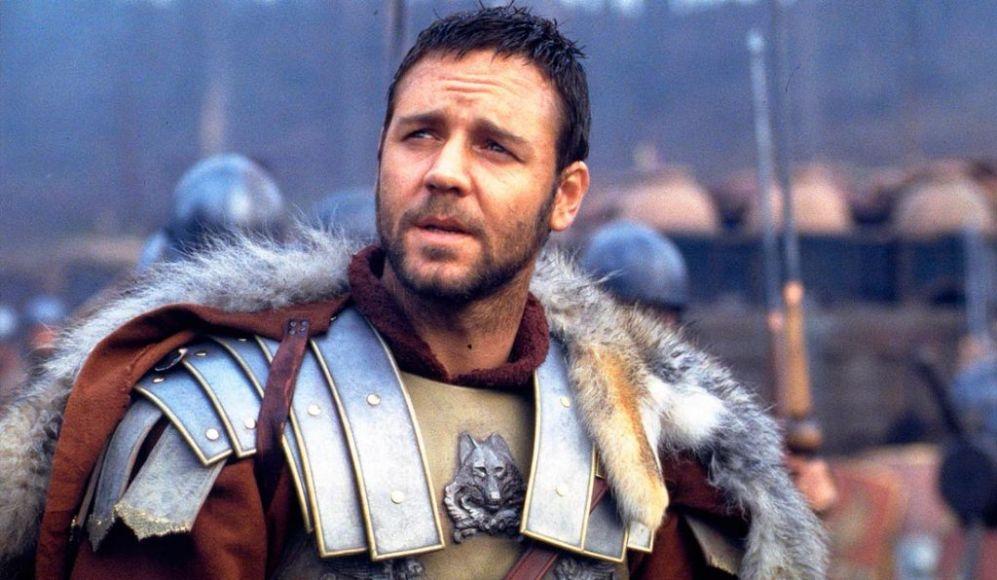 Hans Zimmer’s score is one of the best-selling soundtracks of all time but it was not good enough to win an Oscar. That went to the Crouching Tiger, Hidden Dragon soundtrack. Zimmer’s wonderful score picked up a Golden Globe but no Oscar. Personally, I felt the score for the battle scenes and the arena action was the most exciting and stirring I have ever heard in any movie – ever! Two of the aging stars of Gladiator were hell-raisers Oliver Reed and Sir Richard Harris. Oddly enough, Crowe and Harris got along famously, so much so that, when Harris passed away in October 2002, Crowe flew back from South America for his funeral. On the other hand, Reed, who died just after shooting on Gladiator was completed, hated Crowe from the outset and even challenged the Kiwi actor to fight him at one point. All three actors contributed to the success of this terrific film, but it is Crowe’s picture from beginning to end; all the more remarkable when we consider his powerful, all-action performance is sandwiched between the two completely different characters he portrayed in The Insider (1999) and A Beautiful Mind (2001). I cannot think of any actor capable of delivering such diversity so convincingly.