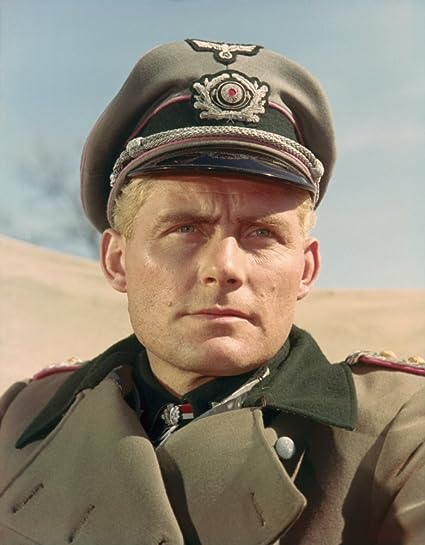 It is sad when we consider just how many wonderful performances we were deprived of with Robert Shaw’s untimely death in 1978. The man was only 51 when a massive heart attack killed him on a country road in County Mayo, Ireland. His career consisted of only 65 screen credits (including television), but among them were a half dozen extraordinary performances that really merited more than just his solitary Oscar nomination for A Man for All Seasons (1966).

It is sad when we consider just how many wonderful performances we were deprived of with Robert Shaw’s untimely death in 1978. The man was only 51 when a massive heart attack killed him on a country road in County Mayo, Ireland. His career consisted of only 65 screen credits (including television), but among them were a half dozen extraordinary performances that really merited more than just his solitary Oscar nomination for A Man for All Seasons (1966). 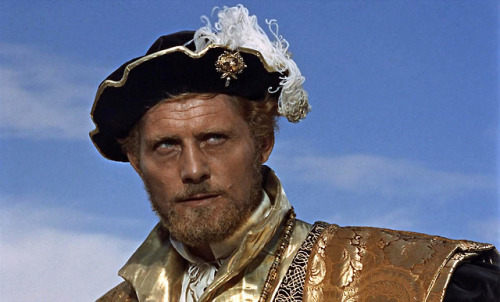 The first time Shaw impacted on cinema audiences was in the second James Bond film From Russia with Love in 1963. He played S.P.E.C.T.R.E. assassin Red Grant who was trained specifically for a mission to kill Bond. Most 007 fans would probably agree that Red Grant was the most dangerous opponent Bond has thus far encountered. Three years later, Shaw’s solitary Oscar nomination came when he portrayed King Henry VIII in the superb A Man for All Seasons, a role he inherited after it had already been turned down by both Peter O’Toole and Richard Harris. Walter Matthau won the Supporting Academy Award that year for The Fortune Cookie.

The 1972 biopic Young Winston was not a great film, but Shaw as Winston’s dictatorial father Lord Randolph Churchill was the best thing in it by a country mile. When we consider that three of the five Supporting Actor nominations that year went to Al Pacino, James Caan and Robert Duvall for The Godfather, it is little wonder Shaw was overlooked. The following year he played gangster Doyle Lonnegan in The Sting and again failed to garner a nomination. This probably came as no surprise to Shaw, given that the Academy saw fit to nominate Robert Redford (not Paul Newman) for Best Actor for The Sting. Shaw himself stated years later that he had little difficulty holding his own acting-wise against Redford, but against Newman he admitted he struggled. Thanks to his powerful performance as Lonnegan, Shaw created a genuine element of real danger that gave the picture a much-needed edge. 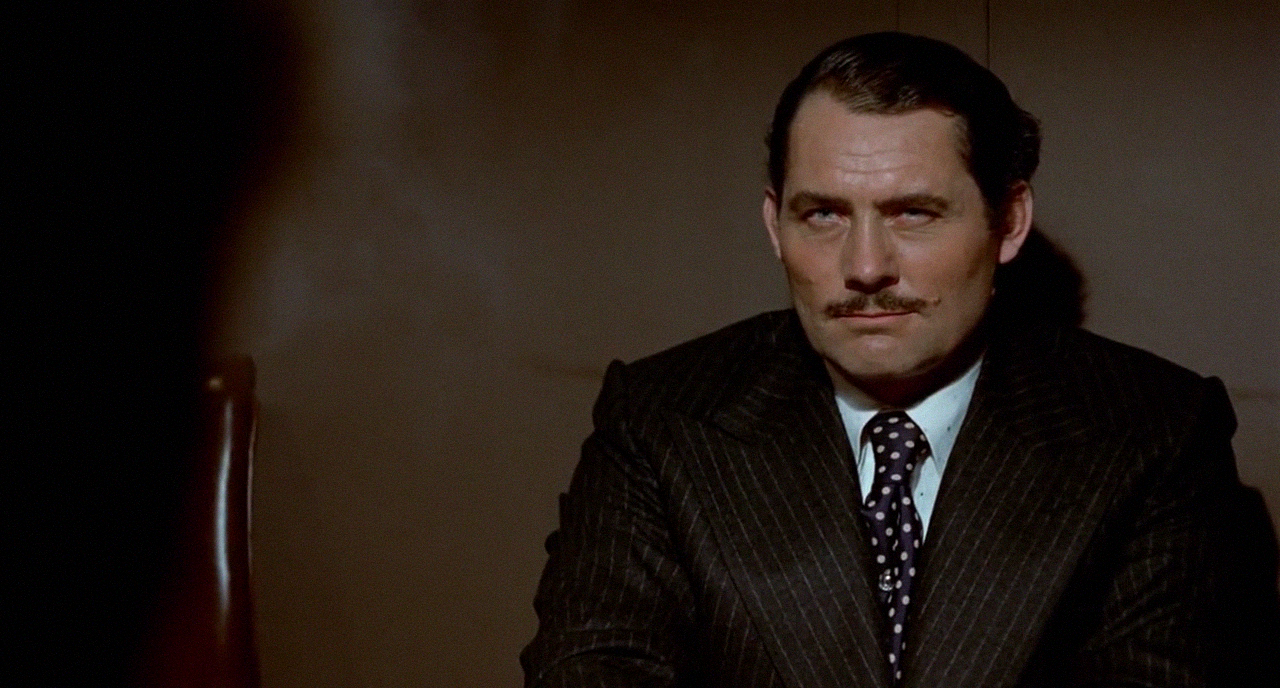 In 1974, Shaw once again gave a performance that left no doubt in the minds of cinema-goers that his character was one very ruthless individual. As ‘Mr. Blue’, the malevolent leader of a crew of criminals who take over a subway train in The Taking of Pelham One Two Three, and demand a massive ransom or they will commence executing passengers, he is entirely believable. He will kill in cold blood if his demands are not met. Shaw provides a perfect foil for the hero played by a laconic Walter Matthau in this excellent drama. However, once again the picture went unacknowledged by the Academy.

Jaws (1975) set a standard for thrillers that changed movies forever. As ground-breaking as it was, however, there was a scene in this movie that inexcusably slipped by unacknowledged by the Academy. Shaw’s character Quint delivered a chilling monologue, known now as ‘the Indianapolis speech’, that was the highlight of the picture and had ‘Oscar nomination’ written all over it. In this writer’s opinion, it was the pinnacle of Robert Shaw’s career, a positively brilliant account of what happened to the eleven hundred sailors who went into the water from the cruiser USS Indianapolis after it was torpedoed in 1945. Shaw was not even nominated, much less the recipient of the Best Supporting Oscar. That went to 80 year-old George Burns who played an 80 year-old in The Sunshine Boys (not much of a stretch). It was his first screen appearance since 1939 and the only Oscar nomination of his entire career. 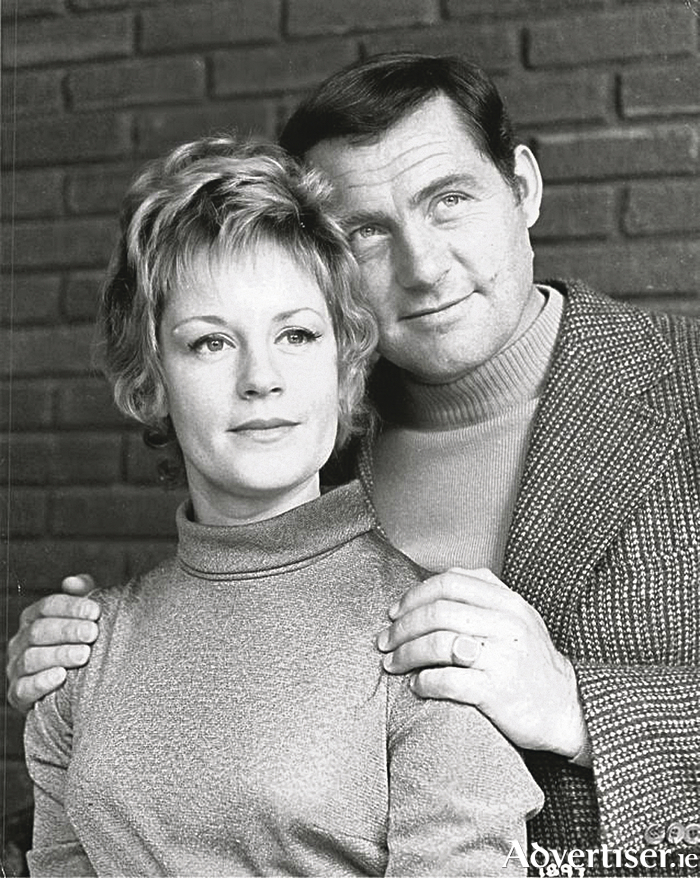 Shaw’s dedication to his craft was never more clearly demonstrated than on the day he discovered the body of his wife, actress Mary Ure, in their apartment. They had been arguing and had slept in separate rooms the previous evening. She had swallowed several sleeping pills on top of quite a lot of alcohol and was dead when he found her on wakening. It has never been definitely determined if she died accidentally or purposefully. For some time she had been aware that her husband had a lover. Shaw was rehearsing a play downtown at the time of her death. After her remains were removed from their apartment, he left for the theatre and continued with rehearsals, much to the astonishment of cast and crew. Colleagues said he was visibly upset throughout the day but fulfilled his obligations to the letter. Glasgow-born Mary starred in one blockbuster, the 1968 WW2 drama Where Eagles Dare starring Richard Burton and Clint Eastwood, but made only one more picture in her final seven years. The couple had four children together.

Veteran character actress Linda Hunt stands just 4’9” (1.45m) high. In 1982 she played Chinese-Australian photographer Billy Kwan in The Year of Living Dangerously and made history as the first person to win an Oscar for playing a character of the opposite sex. Note, she was not playing a woman pretending to be a man (as Barbra Streisand did in 1983’s Yentl), or in reverse, (Dustin Hoffman in 1982’s Tootsie). Linda was a woman playing a man in a serious drama. She has been wed to her long-time romantic partner, psychotherapist Karen Klein, since 2008. They have been together since 1987.

Even though she won a Best Supporting Actress Academy Award for playing Stella in A Streetcar Named Desire (1951), it is possible that more cinema-goers connect the name of Kim Hunter with her portrayal of the chimpanzee Dr Zira in Planet of the Apes (1968)! One can only ponder how this gifted actress’s career might have blossomed had she not fallen foul of the McCarthy witch hunts of the late forties and early fifties. A political activist, unafraid to speak her mind, Kim signed several civil rights petitions after WW2, but it was her sponsorship of the 1949 World Peace Conference in New York that saw her labelled as a Communist sympathizer and led inexorably to her being blacklisted in both films and television. In reality, she did not even hold pro-Communist views, yet her career was cruelly derailed at the height of her powers. Over a decade later, her testimony before the New York Supreme Court against the publishers of ‘Red Channels’, (an anti-Communist, right-wing rag that named 151 entertainers, artists, writers etcetera as ‘Reds’), helped clear many performers who had been unjustly accused of having Communist connections all those years ago. She lived until 2002 before a heart attack took her at 79.