Beginning in 1912 with Photoplay, there have always been movie magazines, most of which relied almost entirely on being fed carefully orchestrated morsels of ‘facts’ about their stars by the studios’ publicity departments. The public was so hungry for ‘behind the scenes’ information about their screen idols, they would greedily devour whatever fanciful rubbish studio heads concocted for them. This would continue until Confidential magazine ran rampant with articles and accusations (some true, some not) in the 1950s. But that is another story. In the interim, there emerged to women who used the power of the press to hold a gun to the heads of scores of actors and actresses over a period of 25 years. I refer to Louella Parsons and Hedda Hoppa, two syndicated gossip columnists who wielded unprecedented power in an industry that placed profits before any other contingency or consideration. 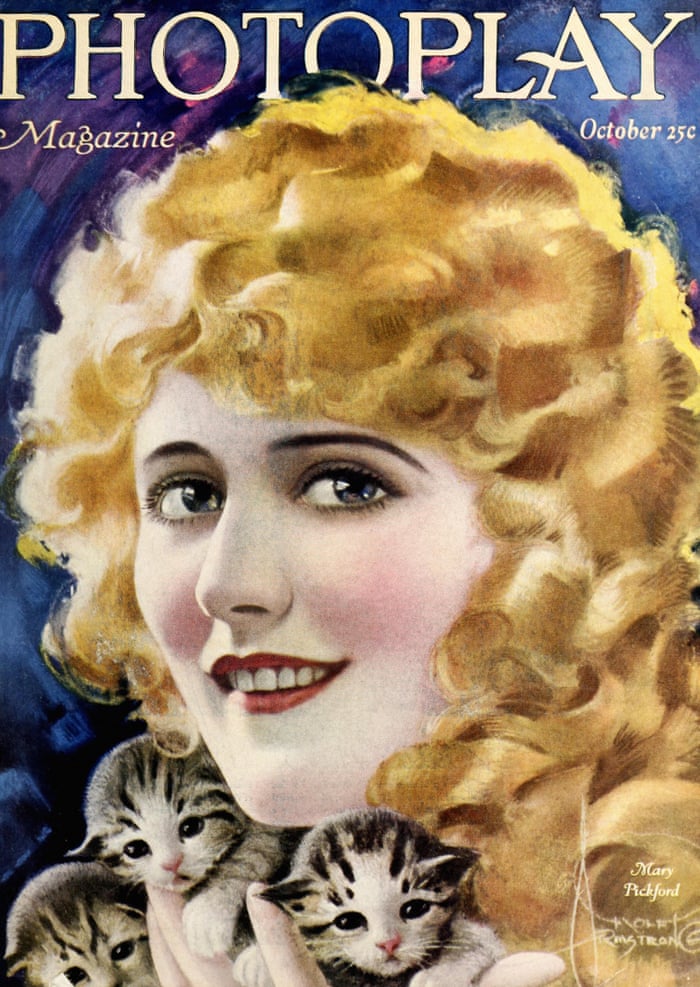 The circumstances that brought about Louella Parson’s syndicated column in Hearst newspapers have long been debated. The official story is that she befriended actress Marion Davies, the mistress of the married William Randolph Hearst, who introduced her to WR a year later. He is said to have demonstrated his appreciation of Louella’s willingness to defend Marion in print by hiring her and syndicating her column. That is one story. The other is considerably more sinister but, I hasten to add, entirely unproven. Conspiracy theorists argue that Louella was present aboard Hearst’s private yacht Oneida in 1924, when director Thomas Ince died in murky circumstances. Louella, it has been said, was rewarded by Hearst because she conveniently avoided writing about the incident in her column. Was a lifetime syndicated column the pay-off for her silence? We will probably never know for sure. 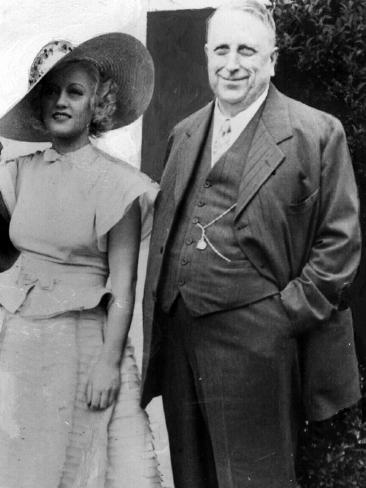 However it happened, Louella Parsons became the premier Hollywood gossip columnist in the country. Tinsel Town in the late twenties and early thirties was a close-knit community, consisting of scores of movie studios, most of them small, ‘fly by night enterprises’. By 1934, however, there were only the seven major studios left. The Great Depression, mergers and take-overs had eliminated all the others. And the members of this ‘Big Seven’ each ran a tight ship. They even had their own private police forces. If a problem with one of their stars arose, each studio had a district attorney (or two) to smooth things over – for a handsome stipend, of course. It was that kind of town. People preferred to attend private parties rather than risk making a blunder in public. Louella was the resident gossip ‘Queen’ and she loved seeing her name in big print in the papers and magazines, so when she (or later, gossip columnist Hedda Hopper) popped up at a gathering, everyone trod carefully. As Bob Hope admitted: ‘Their columns were the first thing we read every morning.’ 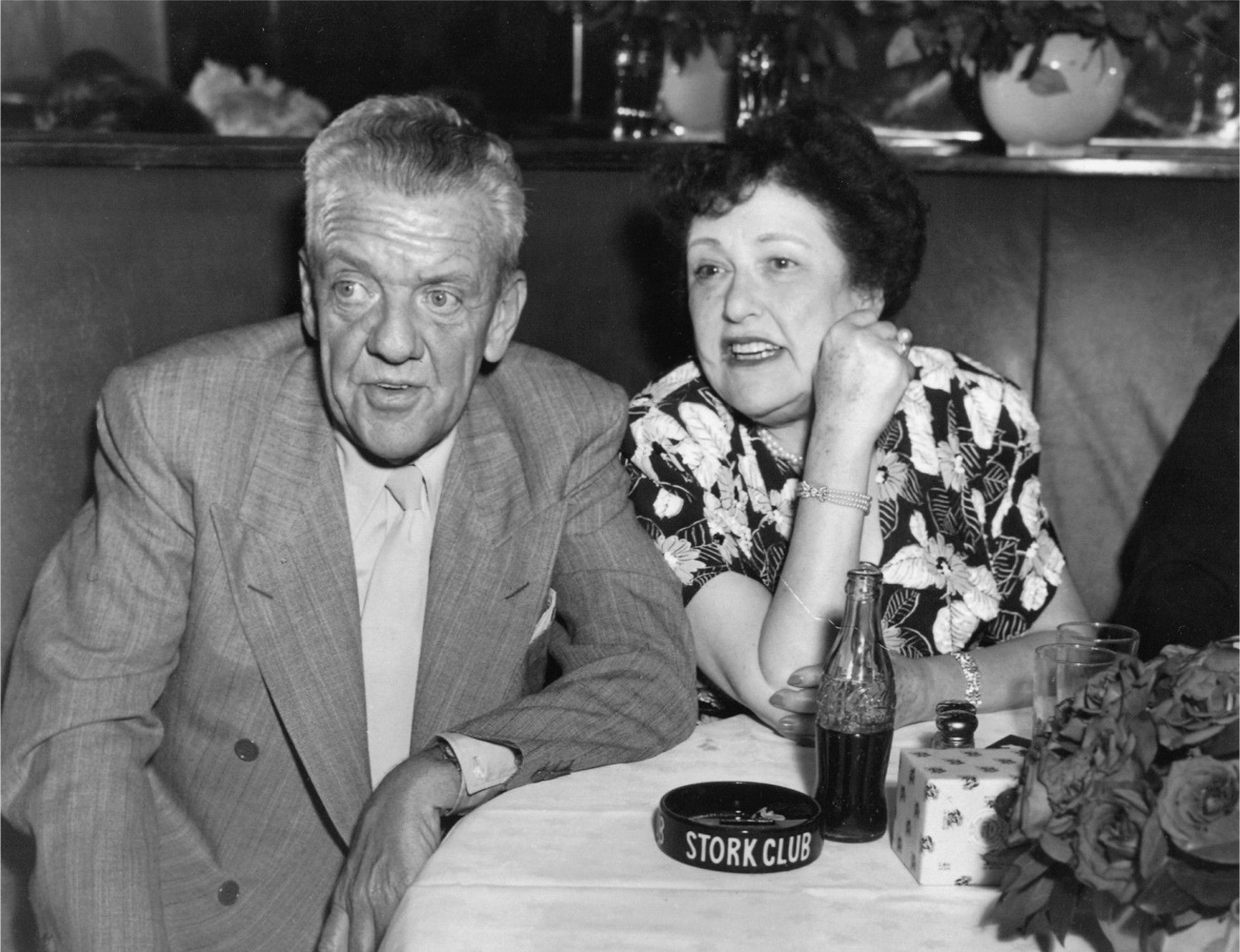 Louella insisted on stars giving her ‘scoops’ about their private lives, and heaven help anyone who did not accommodate her. She did not need to write nasty or negative articles about transgressors – she simply ignored them. If she shut a particular star out of her column, neither the star nor his or her latest movies were mentioned either, and that meant loss of revenue for the star’s studio. And that in turn might lead to cancellation of contracts. Consequently, there were very few actors or actresses willing to risk alienating her. When Carole Lombard and Clark Gable promised to tell her first if they decided to marry, then did not come through on their promise, Louella held a grudge against Gable for the rest of his life, long after Carole’s death in 1942. He even named her god-mother to his son in an attempt to rebuild the bridge, but to no avail. She never forgave him. Her third husband was a Los Angeles urologist named Harry Martin (she referred to him as ‘Docky’). He was often privy to inside information such as who was pregnant to who, and who had contracted a ‘social disease’, and from whom. Useful information indeed when one’s wife is the local gossip columnist. Eventually, the studio heads got together and decided to introduce some competition to Louella’s monopoly on press power. After all, at her peak, her column was being read by 20 million people in 400 newspapers around the world!

Hedda Hopper was a former actress in over 100 films, so she knew everyone at the studios. It was thought that she might provide enough competition for Louella to lessen her enormous clout. Before long, however, it became apparent that the studios had merely replaced one ogre with two. In fact, Hedda turned out to be more ruthless than her predecessor. Louella had certain lines she would not cross. Hedda had none. Everyone and everything was fair game. At Christmas time, Hedda’s home would be inundated with hundreds of gifts from a host of movie stars fearful of slighting her. In short, they were afraid not to send gifts. One Christmas she was actually given a Rolls Royce!

Only once in a while would a star stand up for himself against Hedda. Spencer Tracy was one who did. He was a married man with two children, and was a Catholic to boot, buthe had been carrying on an illicit relationship with actress Katharine Hepburn for the best part of a decade. Hedda wrote a column about them; an article that was so thinly disguised, virtually everyone recognized she was describing the Tracy-Hepburn affair. Spencer promptly stormed into Ciro’s, spotted her, and kicked her backside in front of the entire room! That kick, incidentally, has since been attributed to Joseph Cotten and to Stewart Granger, but the Tracy one seems to be the most likely. 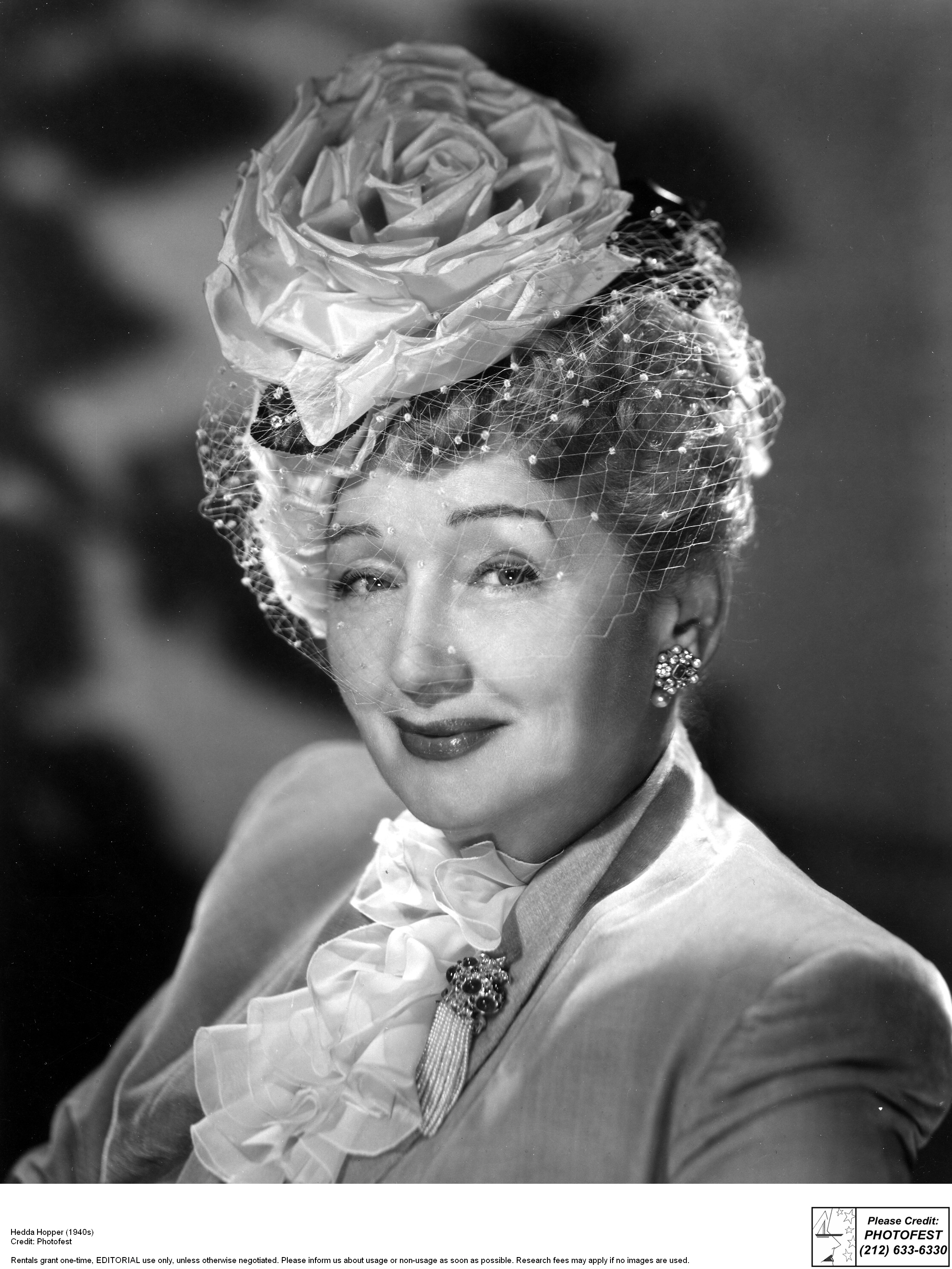 Hedda in the late forties

Hedda was a rabid anti-Communist and a friend of both Senator Joseph McCarthy and the FBI Director J. Edgar Hoover. Unlike Louella, who had not the slightest interest in anything political, Hedda haunted the corridors of power in the late forties and early fifties, especially when the House Un-American Activities Committee (HUAC) was finding Reds under just about every bed in the United States. She happily offered her services to Hoover, who was delighted to have an ‘insider’ spilling the beans on that ‘hotbed of Red activity’, the Hollywood movie industry. She would provide him with the names of whomever she felt might be either Red or even pink! And she did not need to be called before the HUAC to do so. For Hedda, this was a labour of love, a chance to rid her nation of the ever-growing Red menace.

By the close of the fifties, the ‘Red menace’ had been identified as more of a ‘red herring’ than something actually imperilling the country, McCarthy had gone, and the studio system was dying. The power wielded by both Louella and Hedda was also waning. Louella continued her column until December 1965, when it was taken over by her assistant, Dorothy Manners. Dot had been writing it for over a year anyway. In 1972, Louella died in a nursing home from arteriosclerosis. She was 91.  Hedda had one child, William, who played Paul Drake in the popular TV series of the fifties and Sixties Perry Mason. She would succumb to double pneumonia six years before her rival in 1966. She was 80. Theirs was an extraordinary tale, one suited to a time when studios were a law unto themselves and willing to feed the public whatever it wished to hear, while simultaneously using these harridans to keep their money-earners in line.