[On the demise of his father, the prolific actor John Carradine in 1988] ‘We carted the coffin over to our house and opened it up I looked down at him, and the undertaker had put a demonic, artificial grin on his face – like nothing I had ever seen him do in real life, except in a horror film. I reached out and, using the sculptural skills I had learned from him, I remodelled his face to be more naturally like him. Then I poured half a bottle of J&B scotch, his favourite, down his throat, and we had a wake.’ 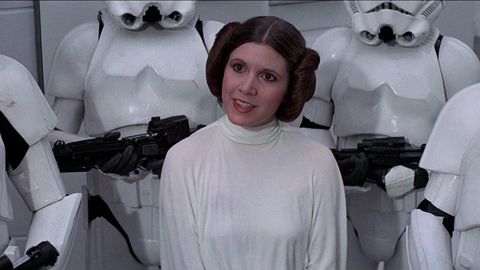 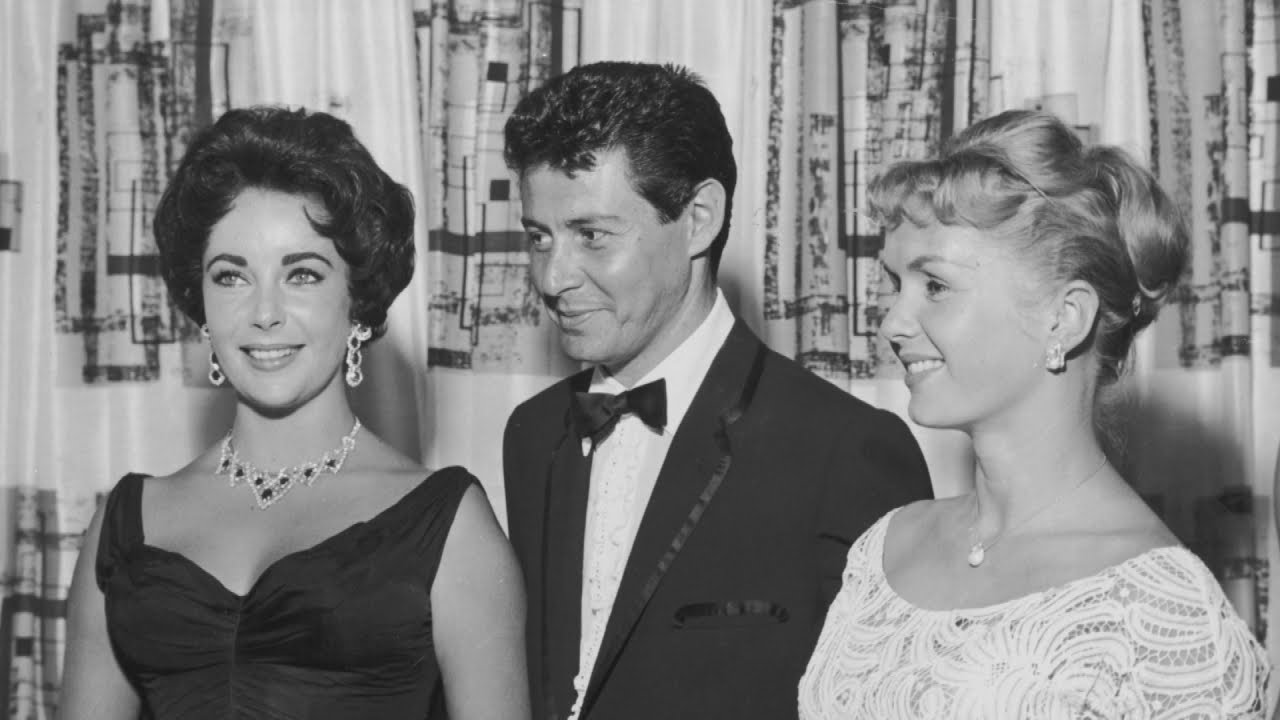 [On the marriage of her parents, actress Debbie Reynolds and singer Eddie Fisher] ‘I don’t know if they were culturally significant, but they were very popular. My mother and my father were America’s sweethearts. They literally received that tag. Even my parents sort of went along with the assumption that they were a good couple, but they probably weren’t a very good couple. Anyway, my father was best friends with a man named Mike Todd. Mike Todd was married to Elizabeth Taylor. Mike Todd died in a plane crash, and my father consoled Elizabeth Taylor with his penis.’ 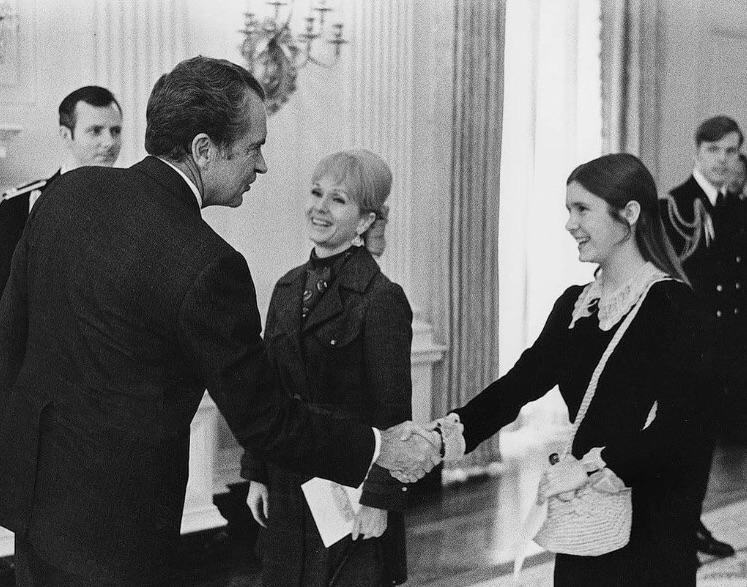 [On meeting Richard Nixon] ‘My mother’s fault. I said to her, ‘I will not go, I want him impeached.’ She said, ‘I will take away your credit cards.’ I said, ‘I’m coming.’

[In a 1987 People magazine interview, on her drug problems] ‘I couldn’t stop, or stay stopped. It was never my fantasy to have a drug problem. I’d say, ‘Oh, fuck it, I haven’t done anything for a couple of months, why not? Let’s celebrate not doing them by doing them’. I got into trouble each time. I hated myself. I just beat myself up. It was very painful. 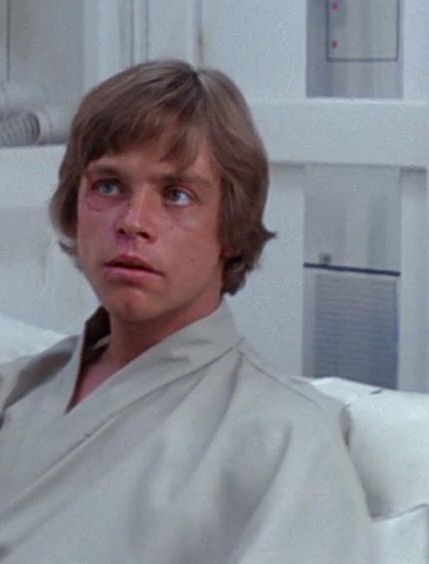 [On the set of Star Wars (1977)] ‘I can’t tell you how much we laughed on the set to have Alec Guinness in a scene with a big, furry dog that’s flying a spaceship!’

[On his much-written about car accident] ‘I had the accident way before Star Wars (1977) came out, but what really happened has been terribly distorted. I broke my nose, that’s it! But I’ve read accounts of how my face has been reconstructed with plastic surgery and how I was pulling myself along the highway with one arm looking for help. I even heard that I drove off a cliff! That’s the best one of all.’ 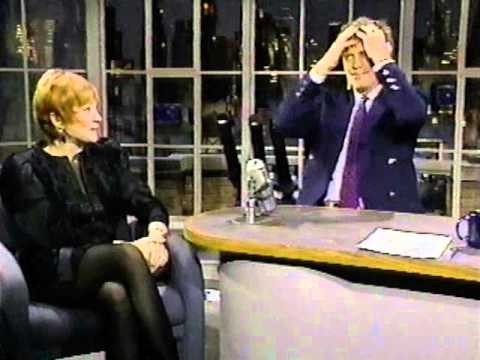 [To David Letterman after he offended her on his show] ‘Cher was right! You are an asshole!’ 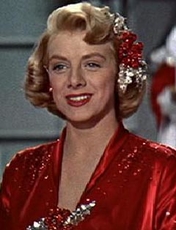 [On fame and popularity] ‘In the final analysis, it’s true that fame is unimportant. No matter how great a man is, the size of his funeral usually depends on the weather.’

[On the possibility of him entering politics] ‘Run for office? No. I’ve slept with too many women, I’ve done too many drugs, and I’ve been to too many parties.’

[Speaking about the 2003 start to the Iraq War] ‘You can’t beat your enemy anymore through wars; instead you create an entire generation of people revenge-seeking. These days it only matters who’s in charge. Right now that’s us – for a while, at least. Our opponents are going to resort to car bombs and suicide attacks because they have no other way to win…I believe [Secretary of Defence Donald Rumsfeld] thinks this is a war that can be won, but there is no such thing anymore. We can’t beat anyone anymore.’

‘Here is my theory on debunking photographs in magazines. You know, the paparazzi photographs. I want to spend every single night for three months going out with a different actress. You know, Halle Berry one night, Salma Hayek the next, and then walk on the beach holding hands with Leonardo DiCaprio. People would still buy the magazines, they’d still buy the pictures, but they would always go, ‘I don’t know if these guys are putting us on or not.’

[On a part he wished he had gotten] ‘The part that Brad Pitt played in Thelma & Louise (1991). It was down to three actors, including Brad and me, at one time. I read about five times with Geena Davis. I thought I was going to get it, but Brad did. The part catapulted him. I didn’t watch the movie for a couple of years and then rented it on tape one night. I watched it and, of course, he’s perfect in the role, better than I would have been.’

[On Harvey Weinstein’s alleged sexual misconduct] ‘It’s indefensible. It’s disturbing on a whole lot of levels, because there had to be a lot of people involved in covering that up. A lot of people are doing the ‘you had to know’ thing right now, and yes, if you’re asking if I knew that someone who was very powerful had a tendency to hit on young, beautiful women, sure. But I had no idea that it had gone to the level of having to pay off eight women for their silence, and that these women were threatened and victimized.’