‘With women, I’ve got a long bamboo pole with a leather loop on the end. I slip the loop around their necks so they can’t get away or come too close. Like catching snakes.’

[On Malcolm X] ‘He was a dynamic person, a very special human being who might have caused a revolution. He had to be done away with. The American government couldn’t let him live. If 23 million blacks found a charismatic leader like he was, they would have followed him. The powers that be couldn’t accept that.’

‘I always enjoyed watching John Wayne, but it never occurred to me until I spoke with Indians how corrosive and damaging and destructive his movies were…The Indians today he’d call agitators, terrorists, who knows? If John Wayne ran for President, he would get a great following…I think he’s been enormously instrumental in perpetuating this view of the Indian as a savage, ferocious, destructive force. He’s made us believe things about the Indian that were never true and perpetuated the myth about how wonderful the frontiersman were and how decent and honourable we all were…He’s not a bad person. Who among us is going to say he’s a bad man? He feels justified for what he does. The damage that he does he doesn’t consider damage, he thinks it’s an honest presentation of the facts.’

[On Cheyenne Autumn (1964)] ‘That was worse than any other film, because it didn’t tell the truth. Super-duper patriots like John Ford could never say that the American government was at fault. He made the evil cavalry captain a foreigner. John Ford had him speak with a thick accent, you didn’t know what he was, but you knew he didn’t represent Mom’s apple pie.’

[1976] ‘Homosexuality is so much in fashion it no longer makes news. Like a large number of men, I, too, have had homosexual experiences and I am not ashamed. I have never paid much attention to what people think about me. But if there is someone who is convinced that Jack Nicholson and I are lovers, may they continue to do so. I find it amusing.’ 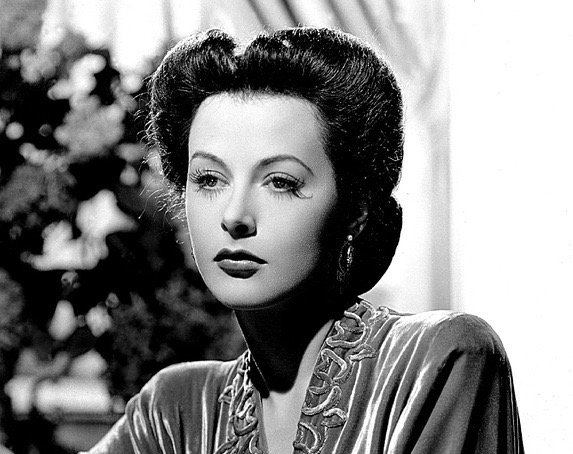 ‘I must quit marrying men who feel inferior to me. Somewhere, there must be a man who could be my husband and not feel inferior. I need a superior inferior man.’

‘The ladder of success in Hollywood is usually agent, actor, director, producer, leading man. And you are a star if you sleep with them in that order. Crude but true.’

[On Samson and Delilah (1949)] ‘In the scene where I look dewy-eyed while golden coins are poured over my feet as a reward for betraying Samson, well, Mr. DeMille, whom I got along with beautifully, dragged me out of a sick-bed for that one. And the dewy eyes are the direct result of a roaring 104-degree fever.’

[On why her marriage to Joe DiMaggio didn’t work] ‘He treated me like something special. Joe is a very decent man, and he makes other people feel decent, too. I didn’t want to give up my career, and that’s what Joe wanted me to do most of all…I wanted to be a big star more than anything. It’s something precious.’

‘In Hollywood a girl’s virtue is much less important than her hair-do. You’re judged by how you look, not by what you are. Hollywood’s a place where they’ll pay you a thousand dollars for a kiss, and fifty cents for your soul.’

[On her famous nude calendar pose of 1949] ‘My sin has been no more than I have written, posing for the nude because I desperately needed fifty dollars to get my car out of hock.’

‘An actor is supposed to be a sensitive instrument. Isaac Stern takes good care of his violin. What if everyone jumped on his violin?’

[Speaking of the Oscars] ‘I would win overwhelmingly if the Academy gave an Oscar for faking orgasms. I have done some of my best acting convincing my partners I was in the throes of ecstasy.’

[On Sunday being the loneliest day of the week for her] ‘All the men I know are spending the day with their wives and families, and all the stores in Los Angeles are closed.’

[On homosexuality] ‘No sex is wrong if there’s love involved.’

‘Men who think that a woman’s past love affairs lessen her love for them are stupid. A woman can bring a new love to each man that she loves, providing that there are not too many.’

‘If you’re playing a poker game and you look around the table and can’t tell who the sucker is, it’s you.’

‘Being on President Richard Nixon’s enemies list was the highest single honour I’ve ever received.’

[On winning his first Oscar after so many losses] ‘It’s like chasing a beautiful woman for 80 years. Finally, she relents and you say, ‘I’m terribly sorry. I’m tired.’

‘I picture my epitaph: ‘Here lies Paul Newman, who died a failure because his eyes turned brown.’

‘Ever since Slap Shot (1977), I’ve been swearing more. I knew I had a problem one day when I turned to my daughter and said, ‘Would you please pass the fucking salt?’