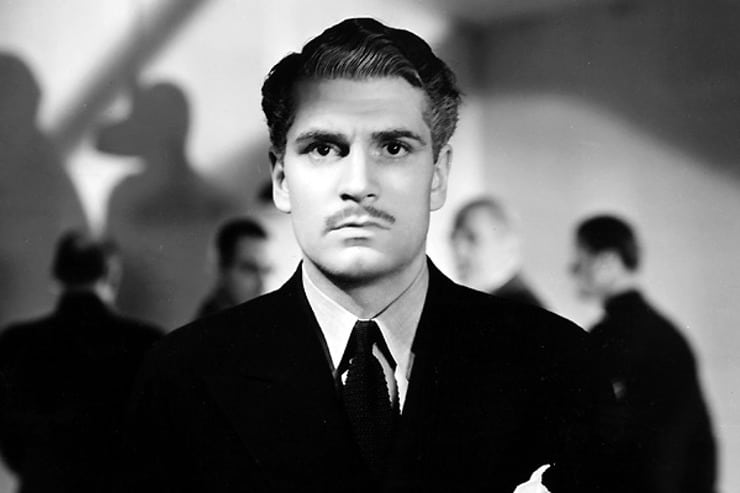 Producer David Lewis said of his friend Sir Laurence Olivier, ‘He would sleep with anyone.’ Larry’s first wife, actress Jill Esmond, was a lesbian and gave him free reign to pursue male lovers at will. And he did so with considerable relish. He and Noel Coward were lovers for years – Danny Kaye was his bed-mate for a decade. Sir John Gielgud always claimed he and Larry had been intimate several times, while it was common knowledge that Olivier had slept with Richard Burton, Errol Flynn and director James Whale.

During World War Two, Bud Abbott & Lou Costello toured 78 cities in 34 days at their own expense, raising money for the war effort. They paid for their travel, accommodation and meals, and performed free of charge. At the zenith of their popularity, the duo raised a staggering 85 million dollars for the government, funding Uncle Sam’s war bonds and stamps! Just 20 years later the IRS made them sell off everything they owned to pay off a $750,000 debt they could not afford to pay. Costello died while this travesty was being enacted and Abbott never recovered financially.

The 1947 film The Foxes of Harrow was based on the Frank Yerby novel of that name. It was his first book. In all, he wrote 33 books of historical fiction, most of them about ‘the old South’. They painted a far more accurate picture of the times than did Margaret Mitchell in her enormous best seller Gone with the Wind. Frank wrote from his own perspective, you see; that of an African-American man.  Many of his readers were completely unaware he was black. Fox paid him the astronomical sum (for 1947) of $150,000 for the film rights to The Foxes of Harrow, hoping to emulate the astronomical success of GWTW, but the result was most disappointing.

Robert Taylor spent weeks perfecting his ability to draw a revolver with his left hand in preparation for his starring role as Billy the Kid in the 1941 film of the same name. Ironically, it would later be revealed that the only known photograph of the outlaw (which appears to show him as left-handed) is, in fact, a mirror image. The man was right-handed all the time. Maureen O’Sullivan, the future mother of Mia Farrow, was initially cast in the female lead but surrendered the role to Mary Howard. This was wartime and Maureen chose to go off to Canada and join her husband John Farrow who was in the Royal Canadian Air Force. 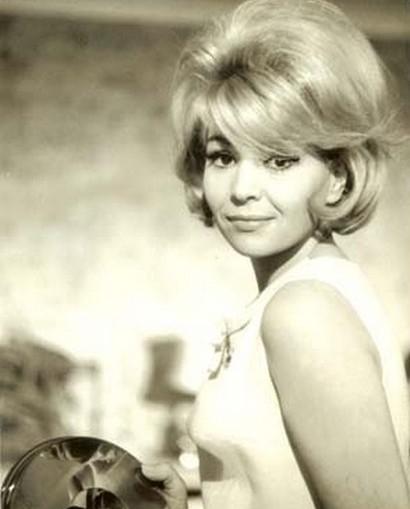 In the 1967 film Two For The Road, the bit role as one of Audrey Hepburn’s touring companions was played by a pretty French model/actress named Patricia Viterbo. In November 1966, the same year this picture was shot, the 24 year-old Patricia was making a movie titled Judoka – Secret Agent, in which she was required to reverse a convertible car a few centimetres towards the River Seine. Tragically, the vehicle went too fast, plunged into the river and the young woman was drowned before she could be safely extricated from it. 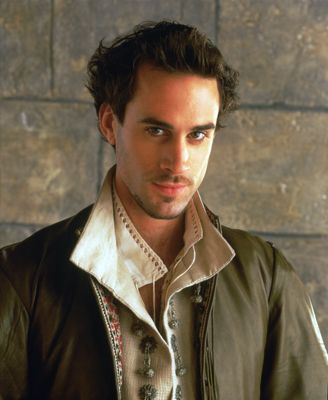 Joseph Fiennes as Dudley in Elizabeth (1998)

In Elizabeth (1998), we are led to believe that the queen was unaware that her suitor, Robert Dudley (later the Earl of Leicester) was a married man. This was not so. In fact, Elizabeth had actually attended his first wedding when he tied the knot with a lady named Amy Robsart, Unfortunately, Amy fell to her death down a flight of stairs a year after Elizabeth ascended the throne. It was suggested that Dudley had ‘arranged’ her death in order to free himself to wed the queen, but her demise was ruled an accident, nonetheless. His second marriage in 1578, however, to Lettice Knollys, the widow of the Earl of Essex, did indeed come as a nasty shock to the Queen when courtiers advised her, nine months later, of the secret ceremony. Even though Dudley had remained unmarried for 18 years, his deception infuriated her. Lettice was immediately banished from court and would live on until 1634, passing away at the remarkable age (for those times) of 91. Dudley died (probably from a combination of malaria and stomach cancer) shortly after the defeat of the Spanish Armada in 1588. The Queen was devastated and locked herself in her apartments for several days. She kept his final note in a bedside treasure box marked on the outside, ‘His Last Letter’, for the remaining 15 years of her life.

In 1961, Tony Franciosa married Judy Balaban, daughter of Barney Balaban, the head of Paramount Studios. Franciosa already had a reputation for being hot-tempered and difficult, both on the set and in private. Barney vehemently disapproved of the marriage, not only because of Tony’s disagreeable, arrogant manner, but because the young star was a notorious womaniser who would, in his opinion, only cause his daughter grief in the long run. Balaban initiated a private blackballing of his new son-in-law’s career, effectively stopping Tony from making movies of quality in the early sixties. Judy was a close friend of Grace Kelly and would, in 1956, be one of her bridesmaids when Grace wed Prince Rainier of Monaco. In the end Tony and Judy eventually divorced, but not until 1970. 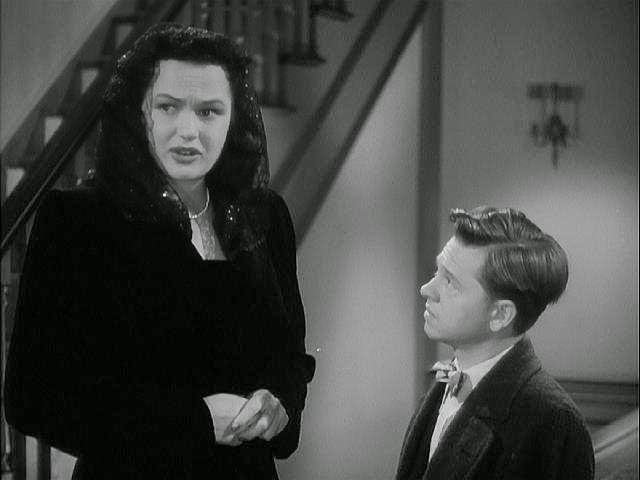 Love Laughs at Andy Hardy (1946) was the fifteenth of sixteen Andy Hardy films starring Mickey Rooney. By then he was 25 years old and the writers had ran out of ideas. ‘Glamazon’ actress Dorothy Ford was cast for effect as his date in one sequence. She was a very tall (and beautiful) actress/model on an MGM contract. In those days Hollywood actresses were measured wearing high heels. Dorothy was a touch under six feet tall in her stockings, but with built-up heels she towered over the diminutive Rooney who was just 5’2” tall. Her vital statistics were equally impressive (38 – 26 – 38), and she was dated by many actors and celebrities at the peak of her beauty, among them James Stewart, Burgess Meredith and General Mark Clark.

Her first marriage, to Las Vegas personnel man James Sterling, was an interesting affair. It was annulled a month later, both parties readily admitting they had been blind drunk at the nuptials. In fact, Dorothy testified that she did not even know she was a bride until two days after the wedding and her husband did not contest the statement. Fans of Abbott & Costello might recognise her as the giant’s wife in their 1952 offering, Jack and the Beanstalk. Billy Wilder used her in the opening sequence of The Seven Year Itch in 1955 as well. By 1962, however, her acting career was over. She married twice more and passed away at 88 in 2010.