‘Prince’ Michael Romanoff outside his restaurant

Romanoff’s was an extremely popular restaurant in Hollywood, owned by a gentleman named Michael Romanoff who proclaimed himself to be of royal blood, a Russian prince, in fact, and nephew to the late Tsar Nicholas II. It was widely known in Hollywood that his royalty claims were completely false, but everyone played along regardless. In truth, he was a former pants presser from Brooklyn named Harry F. Gerguson, smart enough to know that if everyone knew he was a real Russian prince the novelty would soon wear off. The impersonation was more amusing. 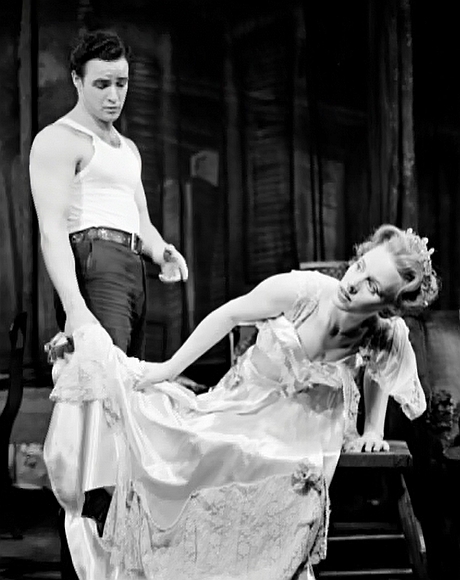 When Marlon Brando and Jessica Tandy co-starred in the first theatrical presentation of Tennessee Williams’ A Streetcar Named Desire in 1947, a new star was born in what has been since deemed the greatest debut in the history of the American theatre. The applause lasted 30 minutes and backstage Jessica was furious because she knew it was not for her star part, but for Brando. His understudy that night was a young actor named Ralph Meeker who would eventually make his way to Hollywood also. Cary Grant, one of the investors in the show, rushed backstage to plant a theatrical kiss on Marlon’s lips and to proclaim: ‘I’m going to get back my money in the show. I see a future in Hollywood for you.’ The Brando phenomenon had arrived.

Robert Taylor and Lana Turner starred in Johnny Eager (1941) and Taylor immediately fell in love with his co-star. As far as Lana was concerned, he was just another ‘roll-in-the-hay’, but Bob soon asked his wife, Barbara Stanwyck, for a divorce, even though Lana tried hard to discourage the idea. It was true that Lana at the peak of her beauty was a sight to behold. ‘Her face was delicate and beautiful’, Taylor recalled. ‘I have never seen lips like hers, and though I was never known to run after blondes, Lana was the exception. I couldn’t take my eyes off her and there were times during the filming of Johnny Eager that I thought I would explode! I don’t think she knew how to talk without being sexy. She was the type of woman a guy would risk five years in gaol for rape! She became an obsession. I had to have her, if only for one night.’ Most critics believe he did just that.

Noel Coward in In Which We Serve

Throughout the filming of In Which We Serve (1942), the proprietor of The Daily Express, Lord Beaverbrook, continued to print stories ridiculing the production. He was unconvinced that an effete actor such as Noel Coward could effectively portray an officer based on the heroic (and heterosexual) Lord Louis Mountbatten. Coward retaliated by inserting a scene into the movie showing a glimpse of one of Beaverbrook’s infamous 1939 headlines, the one that read: ‘No War This Year’. Incidentally, the baby born to Shorty Blake (played by John Mills) in the movie is actually the one-year-old Juliet Mills making her screen debut.

When Henry V was made in 1944, it was directed and produced by Laurence Olivier who played the title role, and was partly meant as a morale booster for the British during World War Two. Consequently, on the orders of Prime Minister Winston Churchill, certain parts from Shakespeare’s play were deliberately omitted. In particular, the scene in which Henry hangs a friend as an example of firm justice never made it into the picture. Not good for morale, you see. The Battle of Agincourt was filmed in neutral Ireland because it was safe from Luftwaffe bombing attacks. Because of wartime rationing, all the chain armour we see in the movie was made out of hand-knitted grey wool! 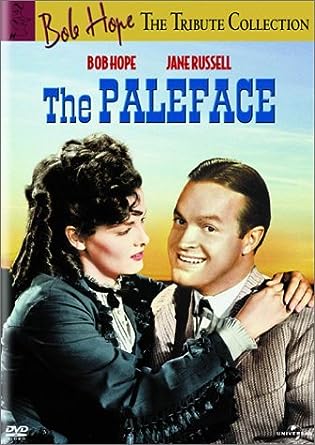 The 1948 comedy, The Paleface, starred Bob Hope as ‘Painless’ Peter Potter, a traveling dentist in the Old West. Oddly enough, although the movie is fictional, there really was a traveling dentist with that name. Inspired by master showman P.T. Barnum, he crossed the nation in a horse-drawn office, complete with show girls and buglers, promising to extract a decayed tooth for 50 cents and to pay the patient $5 if the procedure was not entirely painless. His band played loudly as he worked, drowning out any cries of pain from patients. Even so, he had his name legally changed to ‘Painless’ to avoid charges of false advertising when the occasional dis-satisfied customer complained or when the morphine he administered did not do its job properly. Until Blazing Saddles came along in 1974, The Paleface was the highest grossing western parody of all time. 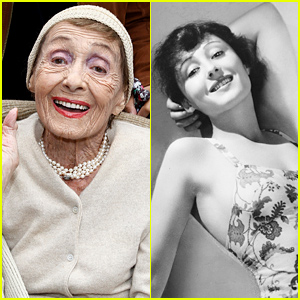 Luise Rainer was a rarity in Hollywood. Despite winning two Oscars in consecutive years (1936 and 1937), she was never enamoured of the star system, nor of the increasing importance placed upon Academy Awards and their recipients by the studios and the public in general. In 1989, she re-located from Switzerland to London and gave the Oscar she had received for The Good Earth in 1937 to the removal men who helped shift her furniture! The statuette was quite bent out of shape because she had been using it as a doorstop for years. As I said, Miss Rainer was not much like your average movie star. She did not even associate with her peers away from the screen, preferring instead the company of intellectuals such as Albert Einstein, George Gershwin, Thomas Mann and Frank Lloyd Wright, among others. 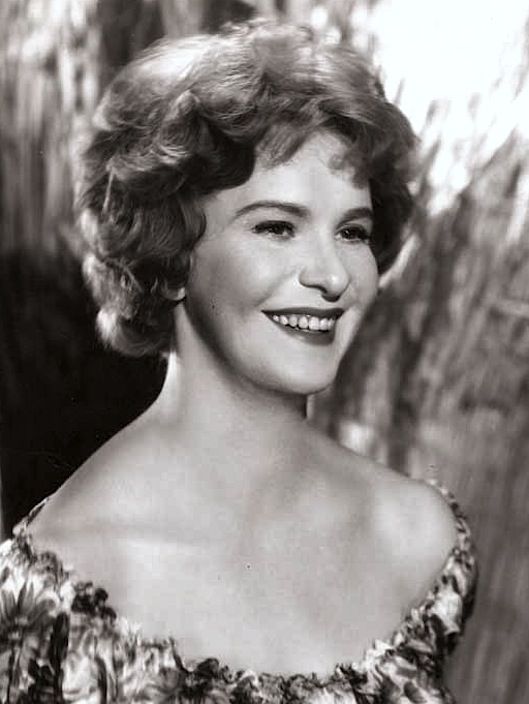 The quite brilliant Geraldine Page (she earned no fewer tan eight Oscar nominations), told an amused Tennessee Williams of her first date with Marlon Brando. ‘Yes, that dear Marlon took me to bed on the first night we met’, she said. ‘Such sensitive hands. We just deserted poor Kim Stanley. Marlon told me that he and Kim were merely friends. I believed the devil. Later, I found out that Kim was madly in love with him. I would never have walked off with the trophy of the night had I known that. Deliberate cruelty is not part of my character. I was no virgin when I met Marlon. I grew up in the Middle-West where the corn-fed boys could outrun me, so I approached Marlon’s bed already properly deflowered. No man ever fascinated me as much until another actor with the unlikely name of Rip Torn came along. And, as you know, I married him.’ The love affair with Brando did not last a month but their friendship endured nonetheless.