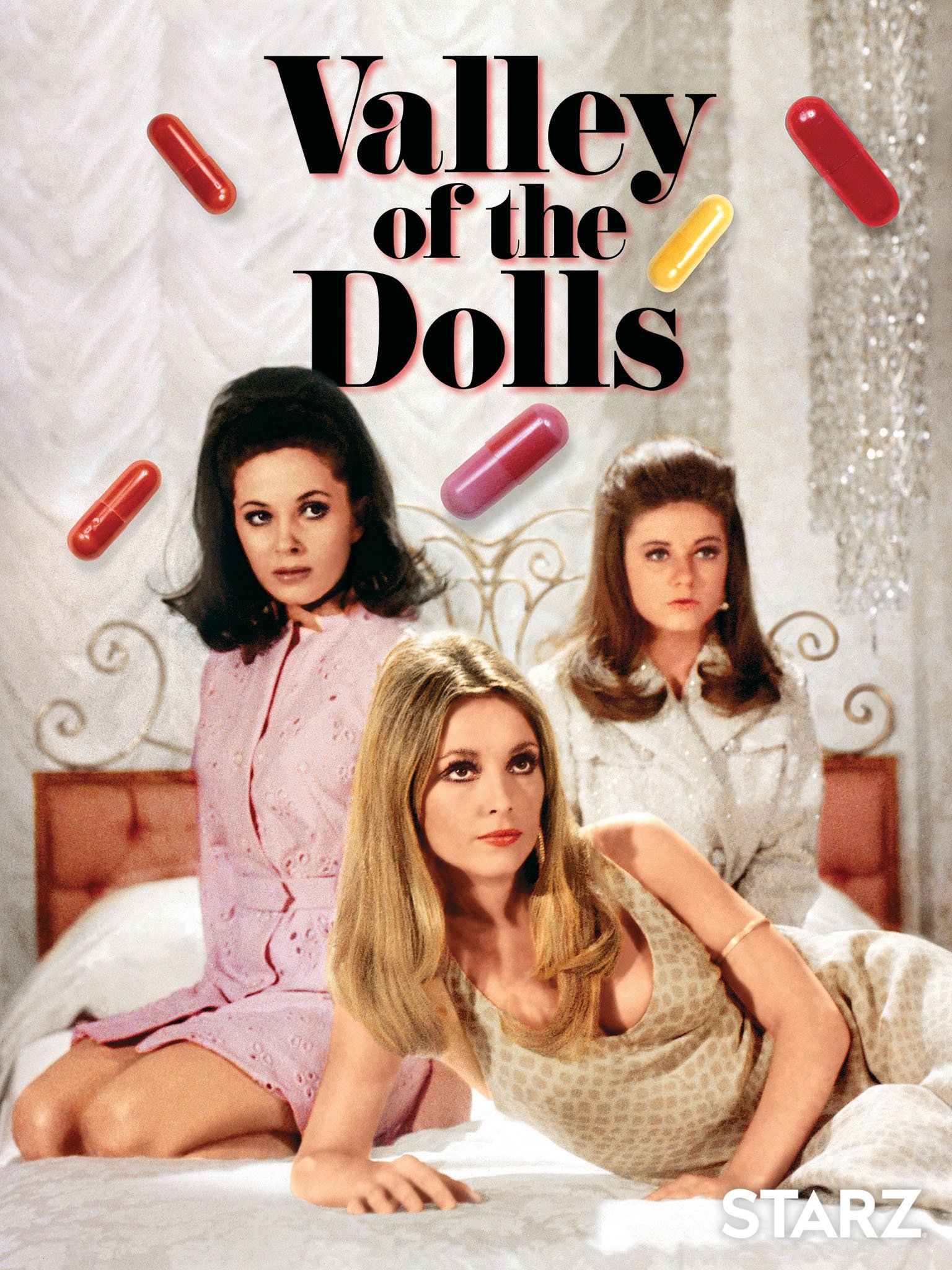 Jacqueline Susann based the book on which the 1967 film of the same title, Valley of the Dolls, on a number of people she knew in the movie business as she struggled to gain a foothold as an actress through the forties and fifties. Censorship problems prevented some of the more explicit instances in her book from making it to the screen. These included the Jennifer North character’s experimentation with lesbianism and the Tony Polar character’s predilection for anal sex. Ms Susann admitted that Jennifer North (played by Sharon Tate) was primarily based on Marilyn Monroe and that Tony Polar was inspired by singer/actor Dean Martin. Susann watched the picture’s premiere aboard an Italian cruise ship and hated it, especially the tacked on ‘happy’ ending. Privately, she called Valley of the Dolls ‘a piece of shit’, but publicly she held her tongue to avoid having an adverse effect on the box-office returns. Commercially, it was a success. 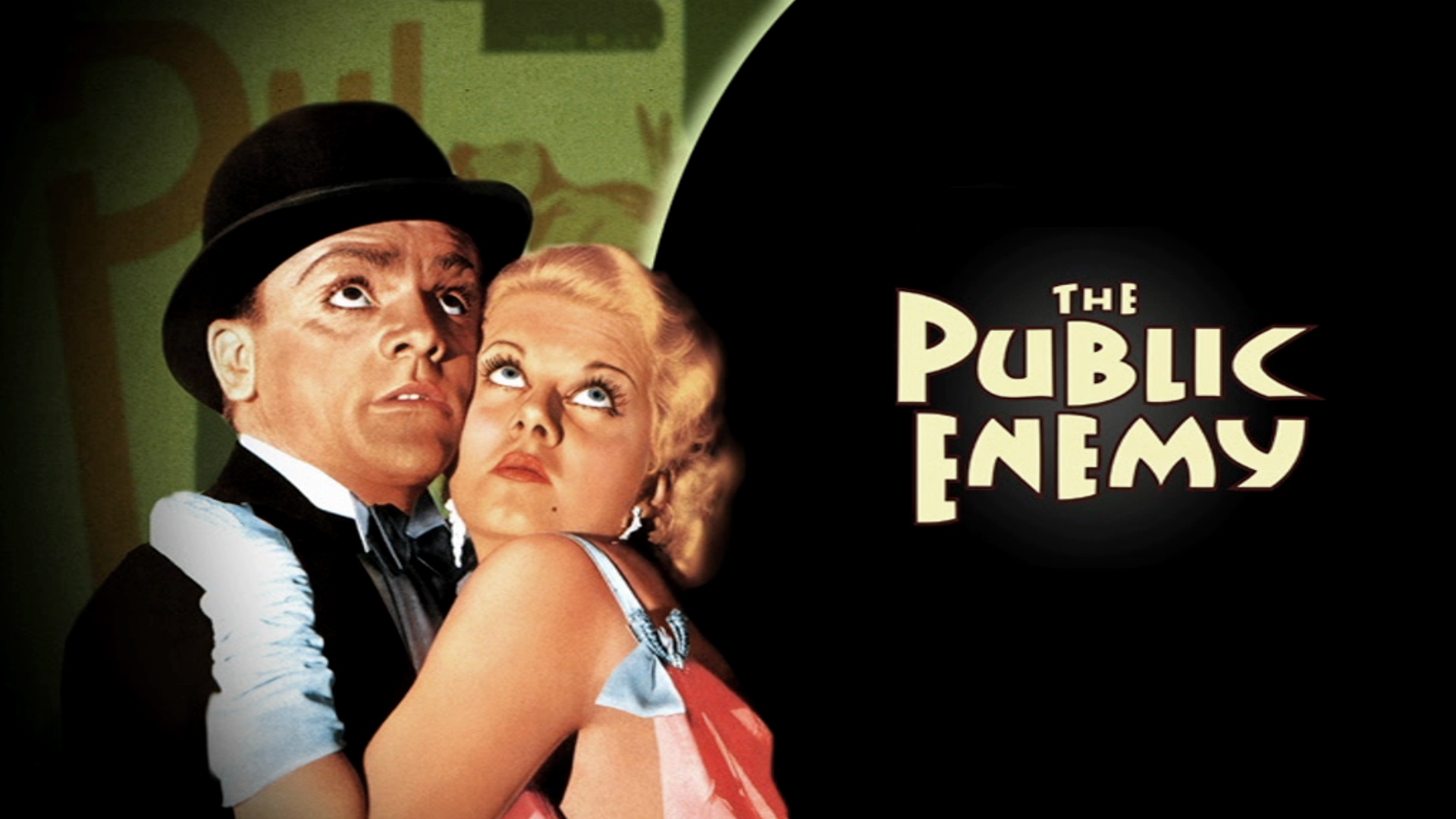 Jimmy Cagney was a chorus boy until William Wellman and Darryl F. Zanuck put him into The Public Enemy (1931). It was a gutsy move on their part because the star he replaced was Eddie Wood, who just happened to be engaged to Harriet Parsons, the daughter of all-powerful columnist Louella Parsons. It did not pay to make an enemy of Louella, but the two men took the chance. As it happened, Harriet and Eddie broke off their engagement and Harriet married someone else. The picture made Cagney a star. 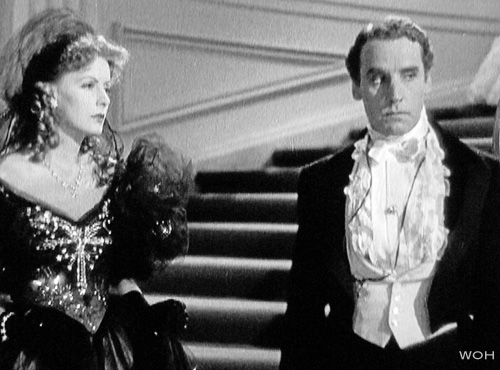 The version of Camille that starred Greta Garbo and Robert Taylor was released in 1937. Greta used her considerable clout to have the great John Barrymore replaced as de Varville by Henry Daniell soon after shooting began. Henry’s daughter Allyson explained. ‘By this point the increasingly alcoholic Barrymore had poor personal hygiene. She enjoyed working with John in Grand Hotel (1932) but when it came time for Camille, it was observed that, unlike Barrymore, Daddy didn’t smell.’ 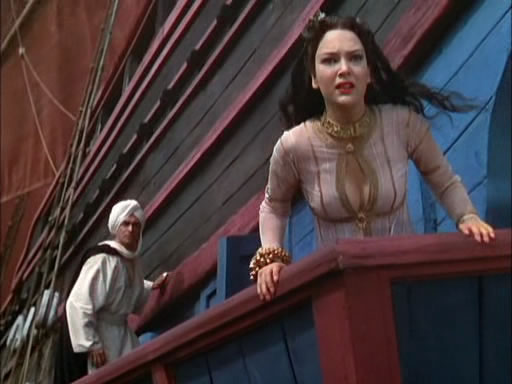 June Duprez showing ample cleavage in The Thief of Bagdad (1940)

Filming for the 1940 feature The Thief of Bagdad commenced in London, but had to be transferred to Hollywood once the Blitz started and the British capital came under attack. The intervention by the Hays Office censors in the US resulted in two entirely different approaches regarding women’s clothing worn in the picture. Scenes shot in Britain show the ladies wearing low-cut gowns, while those shot under the watchful eye of the Hays Office in Hollywood show their bodices buttoned up to the neck! It is fun spotting the difference. Incidentally, the spelling of ‘Bagdad’ is the eastern European way, as opposed to ‘Baghdad’, the western-style spelling. The eastern producers and writers appear to have won the day.

Desperate Journey (1942) is a war film starring Errol Flynn and Ronald Reagan. From a trivia point of view, this picture contains the only image (thus far) of a US president (Reagan) being photographed wearing an enemy uniform. The plot required Ronnie’s character to pose as a Nazi in uniform. Desperate Journey was also Ronnie’s last movie before he joined the military. By day, he would be assigned to working on training films in Culver City, California. By night, he was not required to live on a military base, but free to go home each evening to Beverly Hills and to his wife, Jane Wyman. 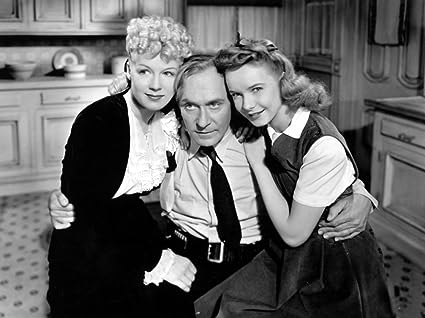 Hutton, William Demarest & Lynn in The Miracle of Morgan’s Creek (1944)

The Miracle of Morgan’s Creek was written and directed by Preston Sturges in 1943 and released in 1944. The delay was caused by problems with the Hays Office over content. A major issue revolved around young Trudy (Betty Hutton) and her 14 year-old sister, Emmy, (Diana Lynn) partying with a bunch of soldiers (about to go off to war), and getting drunk as skunks. On awakening next morning, Trudy discovers she has married one of the soldiers, but is unable to recall either his name or what he looked like. Furthermore, she is pregnant and the father has gone off to war. The Hays Office and the Catholic Legion of Decency had kittens! Changes had to be made. 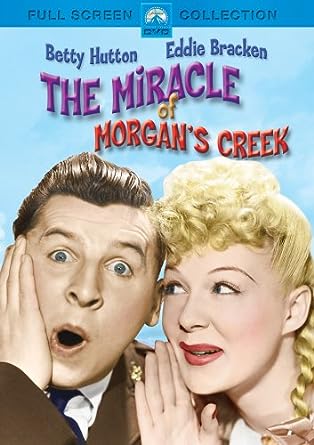 First, Sturges was compelled by the Hays Office to remove any indication that the young girls had consumed any alcohol. He altered the script and had Trudy drink a glass of what looked like lemonade before falling, bumping her head, and waking up with severe memory loss! That satisfied the censors but the Legion had a bigger beef. The story of a girl becoming pregnant, without any idea how that happened; being forced out of polite society and then giving birth in a barn around Christmas time was, in their eyes, too close to the birth of Jesus tale for comfort. Changes were demanded before the Legion would consider downgrading its own classification from ‘Condemned’ to ‘Morally Objectionable’.

There were issues on the set as well. The male lead, Eddie Bracken, felt he had been tricked into making the film, so he worked with all his might to steal focus from Miss Hutton. He up-staged her at every turn, even developing physical tics to draw attention to himself during their scenes together. In short, he unashamedly stole the picture from her. The furore created by the Hays Office, coupled with the storm kicked up by the Catholic Legion of Decency, had the effect of drawing massive media attention to The Miracle of Morgan’s Creek. It became Paramount’s biggest-grossing film of 1944, raking in nine million dollars as it played to standing room only audiences in theatres around the nation. 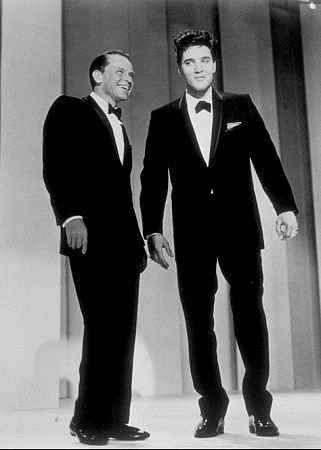 Frank Sinatra’s opinion of Elvis Presley and his music certainly altered over the years. In the early days of Rock & Roll, ‘Ole Blue Eyes’ described ‘The King’s’ music as: ‘deplorable, a rancid-smelling aphrodisiac…it fosters almost totally negative and destructive reactions in young people.’ Maybe, Frank felt threatened by the emergence of the new style of music. After Elvis’s death in 1977, however, Sinatra had this to say: ‘There have been many accolades uttered about his talent and performances through the years, all of which I agree with whole-heartedly. I shall miss him dearly as a friend.’ Quite a turn-around.