The war in Europe was underway in 1940 and causing the loss of the European market. President Roosevelt’s ‘Good Neighbour Policy’ of fostering friendship towards Latin American countries inspired Darryl F. Zanuck at 20th Century Fox to look towards Mexico and South America as alternative markets for his studio’s films. With that in mind he made Down Argentine Way (1940), a picture that proved to be a great success in the USA, although it was absolutely hated in Argentina because it depicted the country’s citizens as lazy and dishonest freeloaders. Nor did anyone in the film speak as Argentinians usually speak. Carmen Miranda was popular enough, but she was a Portuguese-born singer, posing as a Brazilian, singing Cuban-inspired songs. An Argentine she was not. This film also kicked off Betty Grable’s career as ‘the Queen of Technicolor musicals.’ It made her a star. Wreckage of ‘Lady Be Good’ in the Libyan Desert

Eleanor Powell, Ann Sothern and Robert Young starred in the 1940 release titled Lady Be Good. It was the title of this movie that the crew of an ill-fated World War Two B-24D bomber chose to name their aircraft. On April 5, 1943 it disappeared over the Libyan Desert after overflying its base during a sandstorm. The wreckage of the ‘Lady Be Good’ was discovered in 1958 and it was deduced that the crew had parachuted out of their aircraft when it ran out of fuel and had attempted to walk out of the desert to safety. Their remains were found in 1960. It was initially intended that the character to be played by Groucho Marx in A Day at the Races (1937) was to be named Dr Quackenbush, a made-up name and one the producers felt could not possibly upset anyone. But then the legal department checked up and unearthed a dozen or so real doctors named Quackenbush in the United States. Fearful of litigation, the character’s name was adjusted to ‘Hackenbush’. Evidently, throughout the entire nation there was not a single Dr Hackenbush who might take offence.

Director Alfred Hitchcock and Ingrid Bergman, his leading lady in Notorious (1946), got along well during the shoot, despite Hitch’s well-known obsession with her, a situation that was the cause of tension between him and his wife Alma for many years. Things between husband and wife were scarcely helped whenever he told the story, at their frequent dinner parties, of how Ingrid refused to leave his bedroom until he had made love to her. Not surprisingly, few, if any, believed the tale which was surely a figment of his imagination, very much a case of wishful thinking. 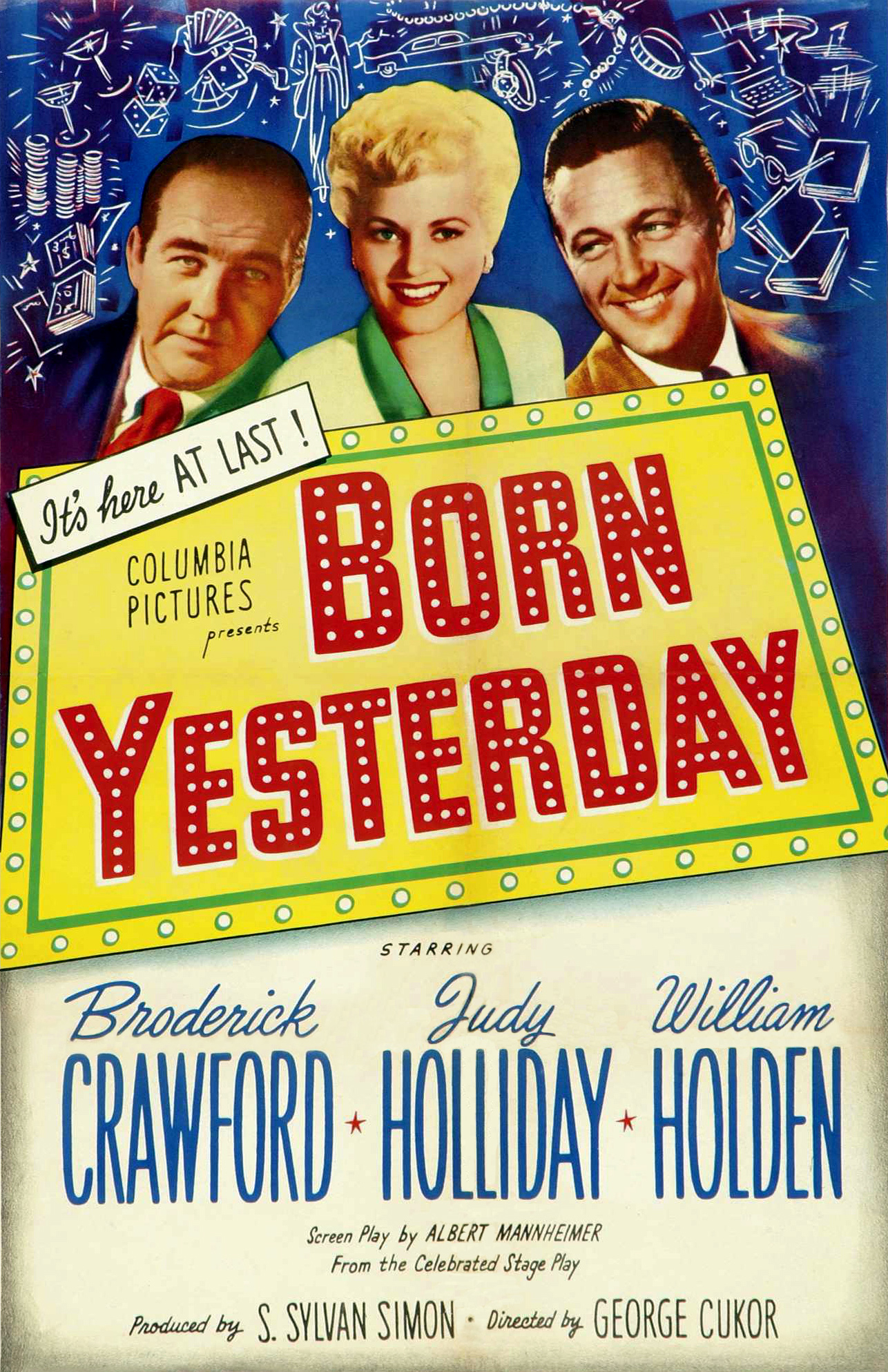 The year1950 was a particularly tough one to be nominated for a Best Actress Oscar. Anne Baxter and Bette Davis were both nominated for All about Eve, which pretty much put paid to either lady’s chances; Gloria Swanson was another nominee for her portrayal of Norma Desmond in the brilliant Sunset Boulevard, and Eleanor Parker was superb in the women’s prison film Caged and richly deserving of her nomination as well. Each of these actresses could consider herself unfortunate to come up against the eventual winner, the sensational Judy Holliday in Born Yesterday. Had they been nominated in other years they might all have tasted success. And therein lies the inequitable nature of the Academy Awards. 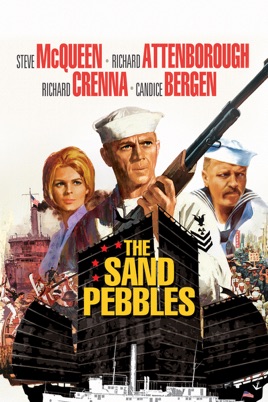 Producer/director Robert Wise tried for several years to get 20th Century Fox to back his dream production, a tale about war-torn China in the 1920s, titled The Sand Pebbles (1966). Eventually, the studio agreed to produce and distribute the picture, but there were issues to overcome first. It would require extensive location scouting and pre-production work, not to mention the difficulties brought about by the selection of monsoon-affected Taipei as a principal location. Because these delays would put filming back by more than a year, Fox insisted that Wise utilise that year directing a ‘fill-in’ project – a musical to be titled The Sound of Music (1965). Of course, it became one of the most successful and popular movies of all time, earning him two Oscars, one for Best Picture, the other for Best Director. Its massive box-office returns saved the studio from going under. The debacle that was Cleopatra (1963) had all but sent the studio to the wall. 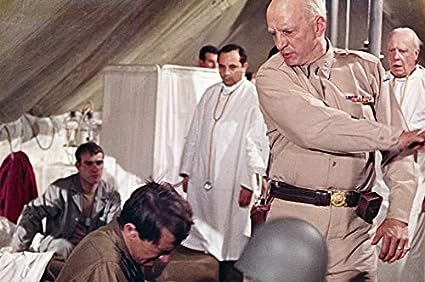 George C. Scott as Patton slaps a soldier in the hospital

The 1970 biopic Patton took a few liberties with the truth. In real life the general was guilty of slapping and berating two American soldiers in Sicily (on separate occasions). On August 3, 1943, he struck Private Charles Kuhl and, seven days later, he also struck Private Paul Bennett. Both men were suffering from battle fatigue, a condition the general considered to be merely another word for cowardice. The Army attempted to excuse him, suggesting Patton was himself suffering from sleep deprivation at the time of the incidents However, one of his diary entries, written a few days after the Kuhl incident, showed not the slightest inkling of remorse over his actions. When the press made the incidents public, he was ordered to apologise, in private, to both men and to any hospital staff present. For dramatic purposes, in the movie his apology was made in front of the entire 7th Army. That did not happen in real life. As for the German High Command being afraid of him, well, that was concocted rubbish. Indeed, up until the Normandy campaign, they were largely unaware of his existence

One of the characters in Mel Brooks’ 1967 hit The Producers was a cross-dressing director named Roger Debris. He was based on the now legendary fifties director, Ed Wood Junior. Ed was devoutly heterosexual. He was also an avid cross-dresser. He would achieve a measure of fame long after his death in 1978 as ‘the worst director in movie history’. Johnny Depp would play him (delightfully) in Ed Wood (1994). Back in November 1943, the real Ed Wood was wounded while storming the beach at Tarawa, one of the bloodiest battles of World War Two. He often boasted later that, throughout the battle, underneath his tunic, he wore ladies’ panties and a bra! One wonders what a medic might have thought of that, had Ed been wounded in the battle.