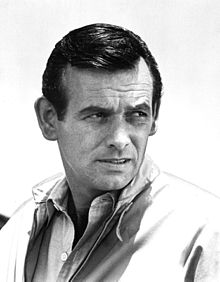 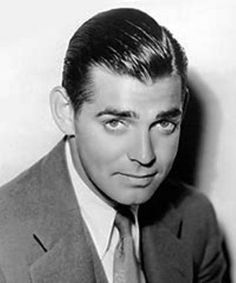 Berniece Dalton Janssen was Miss Nebraska of 1928 and one of the Ziegfeld Follies girls of 1930. A year later, the 21 year-old gave birth to a son who became actor David Janssen, star of the TV series The Fugitive in the sixties. Rumours have abounded for decades about the identity of David’s father, many people convinced that Berniece may have had an affair with the then 30 year-old Clark Gable and that he secretly fathered the boy. David Janssen certainly resembles, facially, the former ‘King of Hollywood’, protruding ears and all. Officially, however, Berniece’s first husband Harold Edward Meyer is listed as the boy’s father although, according to Debbie Reynold’s 2013 biography Unsinkable, Janssen himself was convinced he was ‘the King’s’ illegitimate son. Perhaps, that had something to do with him changing his name from Meyer to Janssen, his mother’s second husband’s name. Maybe. 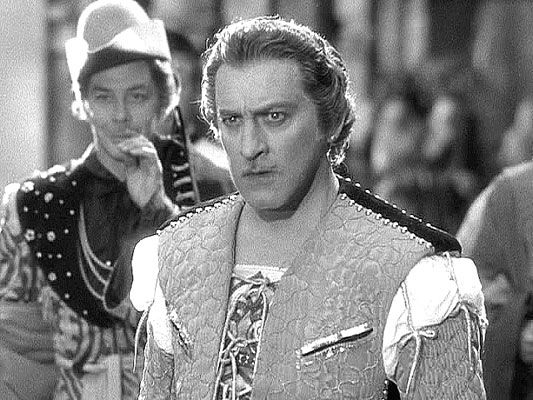 In the 1936 version of Romeo and Juliet, John Barrymore was cast as Mercutio but his drinking problem was such that studio head Irving Thalberg insisted that the great man live at Kelley’s Rest House for the entire shoot, and that security stand watch over him. Even so, Barrymore was able to procure booze and turn up drunk on the set a couple of times, including the day he was scheduled to deliver his lengthy Queen Mab speech. Drunk or not, he performed it flawlessly to a standing ovation from the entire cast and crew present. His response was typical of this now shell of a man nearing the end of his illustrious career: ‘Fuck the applause!’ he muttered. ‘Who’s got a drink?’

Convoy (1978) is not much of a movie, but given the condition of its director, Sam Peckinpah, throughout the shoot, the fact that it was made at all is a minor miracle in itself. He was ingesting enormous amounts of cocaine and Quaaludes and taking vitamin shots every day. On one occasion he locked himself in his trailer for twelve hours and refused to communicate with anyone! Half-way through another day, he suddenly phoned his nephew from the set and informed him that Steve McQueen and the Executive Car Leasing Company were conspiring to kill him! Incredibly, in spite of all this foolishness and unprofessionalism, the picture actually made money. Peckinpah, on the other hand, would not make another movie for five years, because his on-set antics and his rampant substance abuse made him uninsurable. 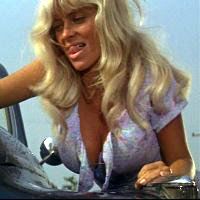 There is a most celebrated scene in the Paul Newman feature Cool Hand Luke (1967), in which a generously endowed actress named Joy Harmon washes a car while a horny bunch of prison in-mates look on ‘appreciatively’. Interestingly, the producers wanted her to smoke a joint before the scene to help her do the scene with more freedom, but she declined and did it ‘un-stoned’. The former Miss Connecticut only made about thirty screen appearances (mostly on TV) before retiring in 1973 to raise a family and to start Aunt Joy’s Cakes in Burbank, California. Despite the brevity of her career, she will always be a part of cinematic history via her memorable few moments washing a car in Cool Hand Luke. 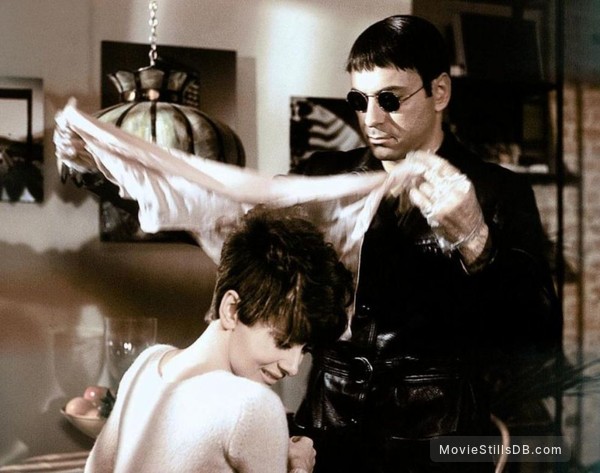 Wait Until Dark (1967), a suspense-thriller starring Audrey Hepburn as a blind lady being terrorized in her apartment, was based on a story by Frederick Knott, the man who penned Dial ‘M’ for Murder. The director, Terence Young, first met Audrey back in World War Two when she was just 16 years old and a volunteer nurse in a Dutch hospital during the Battle of Arnhem. In that capacity she tended many of the British wounded and Young, a paratrooper, was among them. In the movie, Alan Arkin memorably played the evil killer and recalled how relatively easy it was to land the role. Few actors wanted to play a man who not only terrorized a blind woman, but one played by the universally adored Audrey Hepburn to boot! 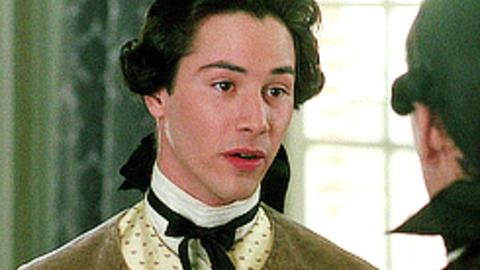 Keanu Reeves’ passion for motorbikes almost got him killed in 1988. He liked to zoom around city streets at 130 mph at night, preferably without goggles or a helmet. In the countryside he often rode at breakneck speed in the dark with his headlights turned off! He called it ‘canyon busting’ or ‘demon riding’. A crash in Topanga Canyon outside Los Angeles left him with a ruptured spleen and a long scar winding down his abdomen. This caused problems for make-up artists whenever he was required to bare his torso in his movies. While recovering in hospital he learned he had won the role of Chevalier Darceny in Dangerous Liaisons (1988). Shooting began in May 1988 and, in spite of his seemingly out of place appearance in a period picture, audiences warmed to him and his career received a much needed boost. 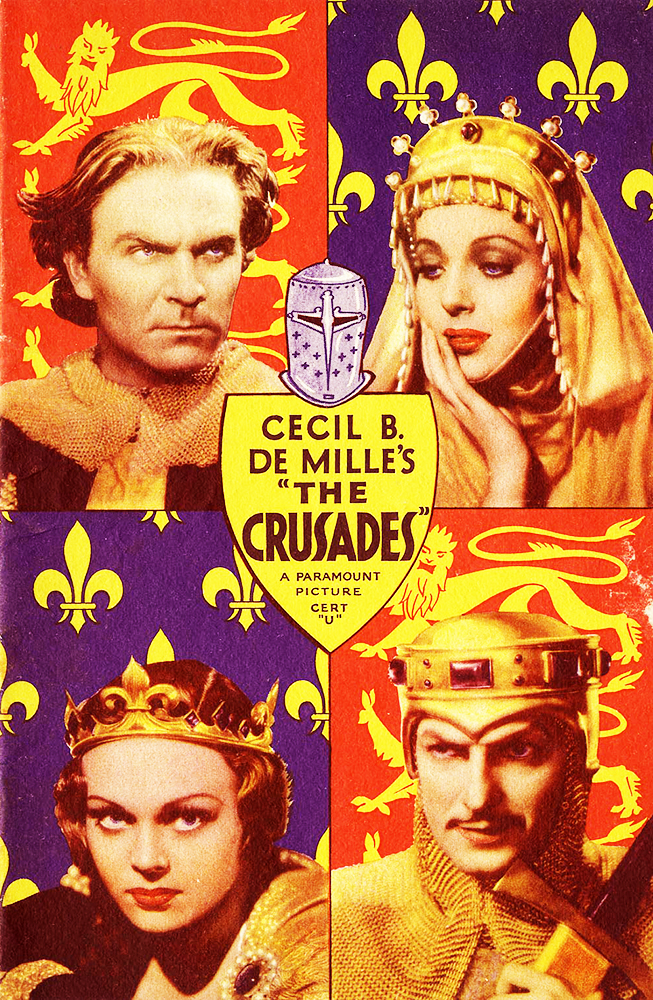 According to reporter Kaspar Monahan, Cecil B. DeMille’s cavalier attitude on safety during the making of The Crusades (1935) resulted in injuries to twenty extras in the final scene alone. Paramount prop man Daniel Ulrich, for instance, had his right leg crushed by a 35 tonne siege tower used in the Battle of Acre. Several horses were killed as well, but it was CB’s apparent indifference to the safety of the stuntmen and extras in his care that brought tensions to a head one day on the set. He was bellowing at ‘combatants’ through his megaphone when one stuntman (hired as an expert archer) lost his temper and fired an arrow into the megaphone inches from the director’s head. DeMille quickly left the set and did not yell at his charges again for the remainder of filming.

Ninotchka (1939) was the movie advertised as ‘Garbo Laughs!’ The movie was banned in the Soviet Union and its satellite states because it poked fun at Communism. Interestingly, the Time Magazine review was written by none other than Whittaker Chambers, an undercover spy for the Soviets up until 1938. Of course, this was not known publicly at the time. In 1948 he hit the headlines when it was he who accused Alger Hiss, an American government official, of being a Soviet spy. His vehemently denied the accusation but was eventually imprisoned for perjury. Chambers admitted to spying on the US as well, but as a cooperating government witness he was never charged.