Hoyts Theatre (later the Oriana) in Fremantle, Western Australia in the fifties

I wonder if children today would enjoy Saturday morning matinees as much as we did back in the 1950s. Probably not, I suppose. Children’s tastes have become more sophisticated with electronic games and personal phones replacing the simple pleasures of yesteryear. We ‘baby-boomers’ looked forward to Saturdays, whether it be summer, winter, autumn or spring. In the morning we would all attend the local picture-house and in the afternoon we would, (the boys anyway), kick a football till we dropped (in the winter), or play cricket until the sun drove us into the shade in the summer. Girls at my school were heavily into juggling tennis or rubber balls, playing hopscotch, or building up their hips manipulating the latest craze – hula hoops. 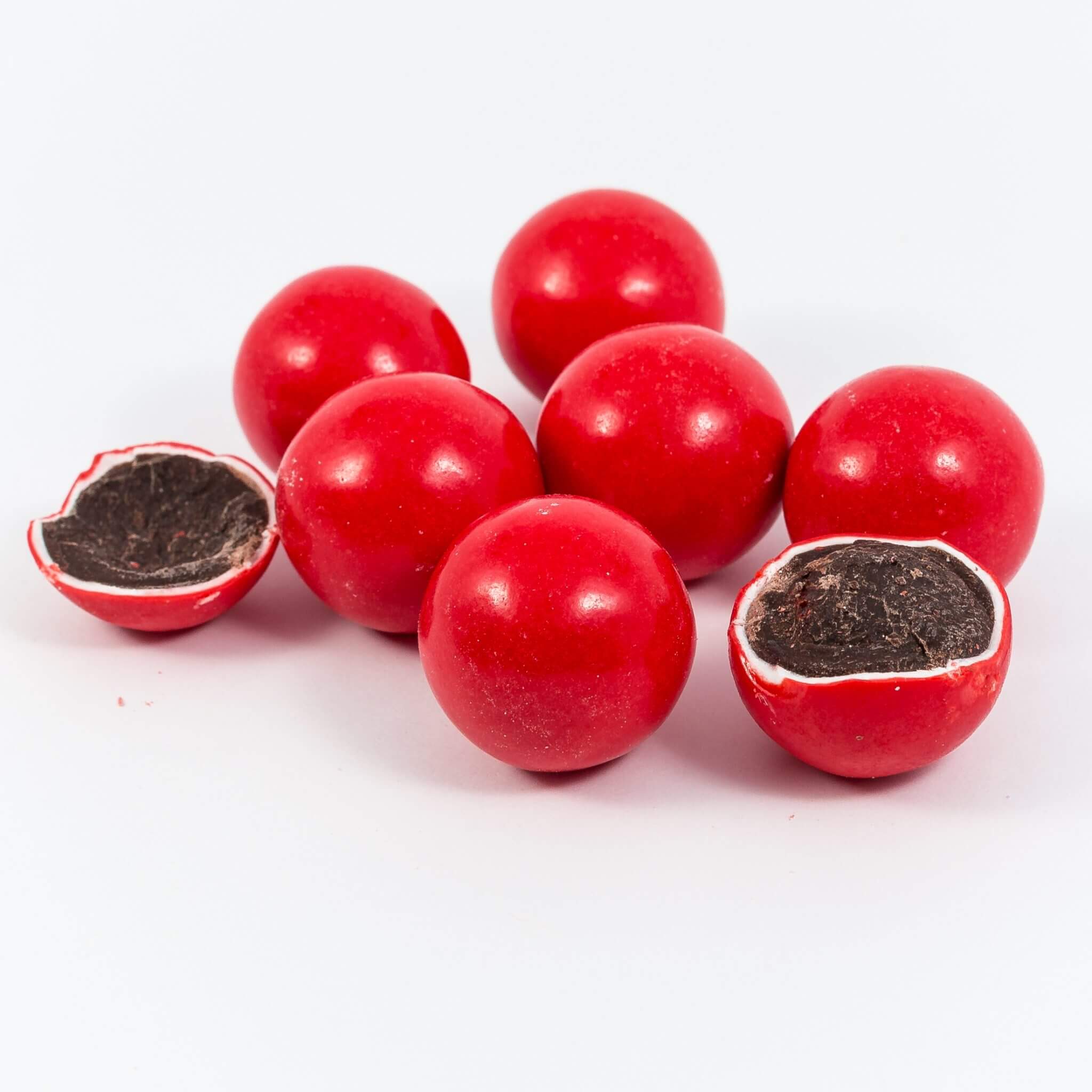 Mum used to drop off my brothers, sister and I at either Hoyts Theatre or the Princess Theatre, the only two movie-houses in Fremantle, Western Australia, my home town. Sadly, both are no longer in existence. Parents back then must have loved Saturday matinees; they could give their offspring enough money for a ticket, a drink and a sweet, deposit them inside the cinema’s front door, and have the morning to themselves. Heaven! Once inside the door my siblings and I would rarely sit together. I would locate my school-mates, they would find theirs, and we would meet up again at the end of the show prior to Mum collecting us.

Most kids never had much money in those days, so it was imperative one bought a lolly that would last the morning. Packets of Jaffas, (orange-covered dark chocolate centres) were cheap and popular and embodied an added attraction or two. If you got bored you could throw them across the theatre and enjoy the reaction if you happened to hit someone in the head with one! And if the movie got a bit scary, you could always pretend to spill them and rummage around on the floor, pretending to search for them, until the scary bit had passed. I hated scary movies so I ‘spilled’ my Jaffas quite a lot. Little kids, on the other hand, would buy a Choo-Choo Bar, a cheap and rock-hard aniseed or liquorice sweet they could munch on for about a month without making a dent in it! If a frightening moment came along in the cinema, they would simply scream and close their eyes. Unlike us older kids, they had no image to uphold. No peer pressure. 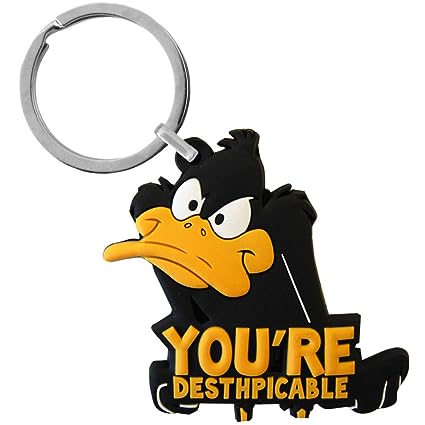 Every matinee began with a black and white newsreel. Nobody watched or listened to it, so its 15 minutes duration enabled us to yell out greetings to friends and acquaintances not in our immediate area. Next came a cartoon. Felix the Cat would be greeted with boos. So would Mighty Mouse. An opera-singing super mouse…gimme a break! Heckle & Jeckle were only so-so. So, too, were Porky Pig and Elmer Fudd. Sylvester & Tweety-Pie were cool; Bugs Bunny was even better, but the roar that went up when Tom & Jerry or Daffy Duck appeared on the screen was thunderous! They were tops. We loved the violence in Tom & Jerry toons. Of course, it was only a matter of time before that anonymous legion of ‘goody-two-shoes’ wielded its outrageous power and forced the makers to remove all signs of violence. Party-poopers! Daffy was my hero. He was cowardly, selfish and stupid. My kind of guy. Oddly, perhaps, I don’t ever recall seeing a Disney cartoon at a Saturday matinee. No Mickey Mouse nor Donald Duck. Not ever. If you wanted to see them you had to attend a major feature, more often than not a Disney movie. No big deal. Bugs and T& J and Daffy were much funnier anyway.

After the cartoon came the ‘cliff-hanger’ serial. More often than not it was a western. Tim Holt and his sidekick Chito were very popular. So was Wild Bill Elliott, Red Ryder and The Lone Ranger. Hopalong Cassidy was just OK (no violence, you see), while Roy Rogers and Gene Autry were barely acceptable. Why? Because they always interrupted the action by launching into some sappy cowboy song! Invariably, the instant either one whipped out his guitar, we would start talking, whistling, kicking the backs of the seats in front of us, and generally drowning out whatever tune it happened to be. Music lovers must have loathed Saturday matinees. And us, too. The guy who invented the singing cowboy has a lot to answer for.

Jungle Jim was a regular at matinees. Johnny Weissmuller and Cheetah the Chimp were always watchable. At least they didn’t burst into song every five minutes. Johnny had become too fat to play Tarzan anymore, so he would huff and puff his way along jungle tracks chasing bad guys. I doubt if he was capable of running out of sight in a sandstorm during an eclipse, but he always caught the baddies and beat the crap out of them. Then, every now and then, there was Zorro and Flash Gordon, but the fifties were primarily the era of the western. And that suited me just fine.

The ‘cliff-hangers’ were hilarious but often annoying. An episode of Wild Bill Elliott, for instance, might conclude with him going over a cliff while wrestling with a bad guy in the back of a wagon. We would spend the whole next week at school arguing about how he could possibly survive, but the following Saturday, sure enough, he would leap out of the wagon a split second before it hurtled into the gorge. What a gyp! We knew we’d been ‘dudded’, but we soon shrugged it off and waited agog for the next ‘cliff-hanger’. Kids easily forgive. 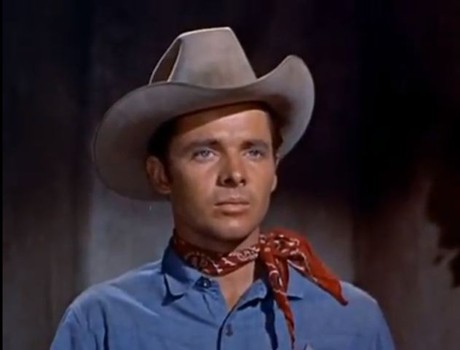 The main feature at Saturday matinees was usually either a western (Audie Murphy, Randolph Scott, George Montgomery etc), a Tarzan picture with either Lex Barker or Gordon Scott, or a comedy. We were all prepared to crawl over broken glass for an Audie Murphy film. He was our hero. Randolph Scott was not as popular. His hat was pretty much nailed on his head, because he had a cord under his chin holding it on! Not cool. Not at all. Besides, he was much older than Audie who even looked about our age and not a lot taller than us either! 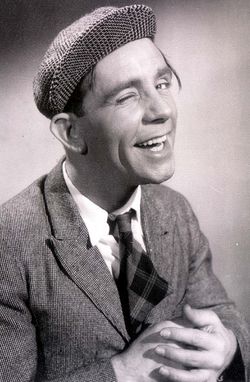 Abbott & Costello were super popular. So were The Three Stooges. Martin & Lewis would have been top of the heap if Dino didn’t sing all the bloody time! We thought Jerry was hilarious (and he was until he ventured out on his own), but Dean just kept getting in the way of the fun. Danny Kaye was another dropkick who sang too much. Red Skelton was an OK funny man (occasionally), but it was tiny Norman Wisdom who won the comedy race hands down! I think he might have been even smaller than Audie.

Every matinee, (indeed, every day or evening at the cinema, for that matter), ended with the playing of ‘God Save the Queen’. Everyone would have to stand. I was ten years-old when I suffered the humiliation of being bodily ejected from the Hoyts Theatre one Saturday morning. For months I had been whinging about the Queen of England also being called the Queen of Australia. She wasn’t, as far as I was concerned. So, one Saturday, I remained firmly seated as they played the anthem (‘God Save the Queen’ was Australia’s national anthem back then), and an usherette dobbed me in to the manager. He suddenly appeared, grabbed me by the ear, and unceremoniously marched me out the front door! I became the talk of the school for the next week. My left ear was sore for months. Ah, Saturday matinees – never a dull moment. Kids today don’t know what they’re missing.