GUNS OF NAVARONE, THE (1961) World War Two – A mission to destroy a naval gun battery.

There are a lot of things wrong with this movie but it is still entertaining enough. Gregory Peck playing a non-American usually requires a certain amount of suspended belief from cinema-goers. Fifty-year-old David Niven as a corporal calls for an even bigger leap of faith. Indeed, with the singular exception of teen idol James Darren (tossed into the mix to attract teenaged fans), everyone is far too old for a mission of this kind anyway. Perhaps, if the title had been changed to include the words ‘Dad’s Army’ in it somewhere, it might have made more sense. Ill-fated actress Gia Scala gets a run here. Just over a decade later she would take her own life at 38. As usual, the movie tends to depict the Nazis as fools. They were undoubtedly nasty individuals, mostly, but they were seldom stupid.

HEAVEN KNOWS, MR. ALLISON (1957) World War Two – A marine and a nun find themselves stranded on a Pacific island in Japanese-controlled territory.

I first saw this terrific movie when I was about 11 years old and loved it! I thought that Robert Mitchum was perfect as a US Marine; tough, smart and a good bloke! No wonder America won the war, I used to think. Of course, they did not win it on their own, but they sure did an awful lot of the fighting. It takes two fine actors to carry an entire movie. Mitchum and the delightful Deborah Kerr carried this picture off effortlessly. The screenplay by John Lee Mahin and John Huston was deservedly Oscar-nominated and was unlucky to miss out. It handled the rather tricky situation of a marine getting the hots for a nun deftly and tastefully. I watch Heaven Knows, Mr. Allison at least once every year. It annually restores my faith in Hollywood movies. 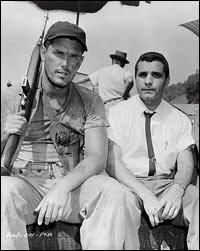 HELL TO ETERNITY (1960) World War Two – The true story of the man who captured more enemy soldiers than any other American in history, (and that includes Sergeant York).

The name Guy Gabaldon is unfamiliar to most people, even aficionados of World War Two, but he was a Chicano US Marine, just 5’4” tall, who single-handedly brought in 800 Japanese prisoners on Saipan in July 1944 and a further 700 more from Saipan and Tinian in August. Jeffrey Hunter portrays him in this movie which, in itself, created a problem with the casting. Pfc Gabaldon, you see, was just eighteen years old when the events depicted here took place in 1944. Hunter, on the other hand, was 33 when he played him in 1960! Gabaldon was awarded the Navy Cross for his actions, but not until 1960! He was initially awarded the Silver Star. Most people feel he should have won the Medal of Honour; that his Mexican-Japanese background was the reason he was overlooked. One hopes that was not the case. This picture is worth watching simply to learn about this extraordinary, unsung hero. 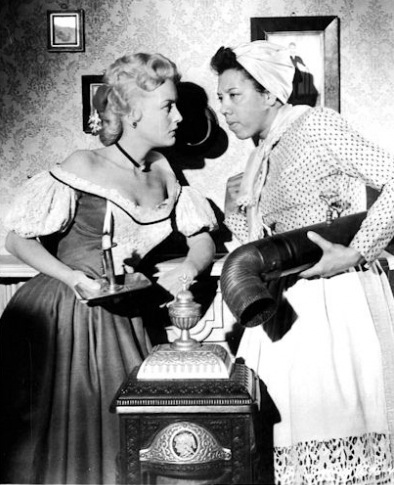 An above-average Civil War picture that sees John Wayne leading a raid into the Deep South. The interaction between his character (Colonel Marlowe) and William Holden’s (Major Kendall) provides the main interest. Kendall is a surgeon and Marlowe does not trust those in his profession, so there is no love lost between them for most of the movie. Constance Towers plays patriotic southern belle, Hannah Hunter, who has to be taken along on the raid after she eaves-drops on Marlowe’s plans. An interesting piece of casting is that of Althea Gibson as Hannah’s maid. Miss Gibson was the first ever African-American tennis player to play at Wimbledon (1951). 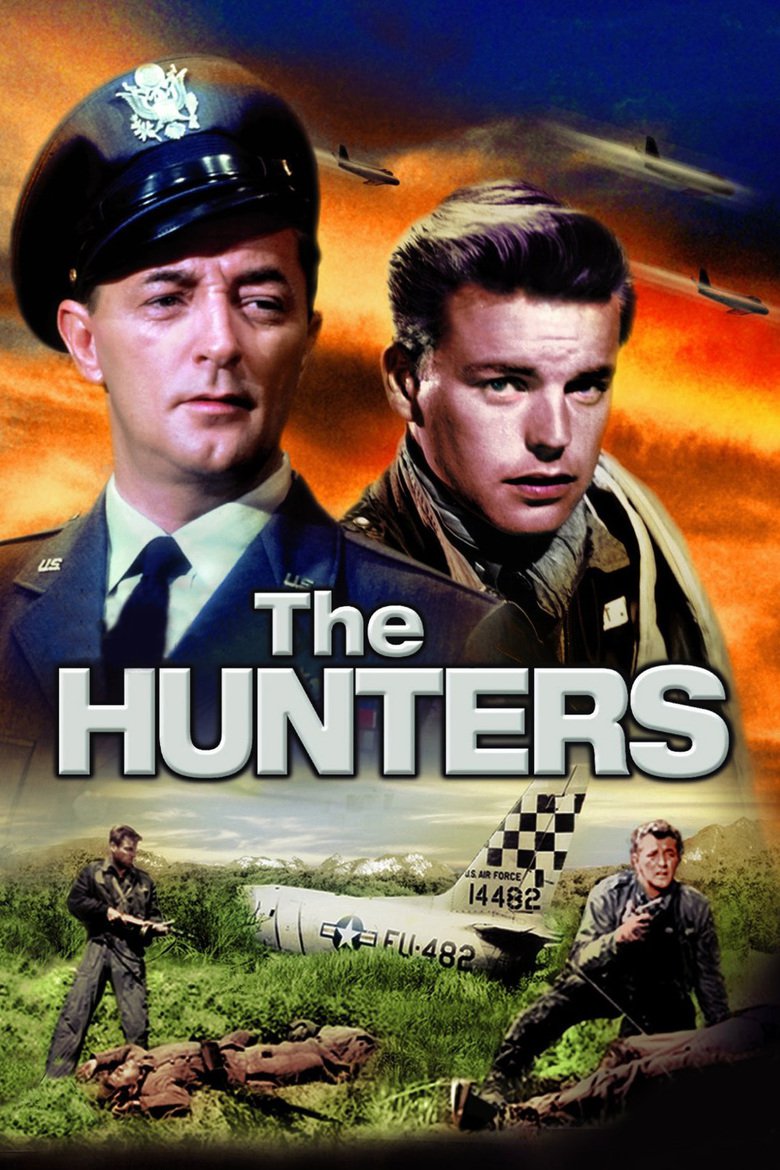 HUNTERS, THE (1958) Korean War – WW2 veteran fighter pilot joins a US squadron in Korea and falls in love with a fellow pilot’s wife.

Major Saville (Robert Mitchum) is a former WW2 ace; Colonel Imil (Richard Egan) is his CO and Lt. Pell (Robert Wagner) is the hot-shot pilot straight out of the academy. May Britt is the love interest, married to a pilot with a drinking problem, who becomes involved with Saville when he spends his leave in Japan. Action and romance share equal screen-time in this beautifully photographed, widescreen production. Good entertainment. Not many Korean War films were made in colour. This is one of the better ones. One wonders how lovely May Britt’s career might have progressed had she not chosen to marry Sammy Davis Junior. Mitchum turned down the Tony Curtis role in The Defiant Ones to appear in this. 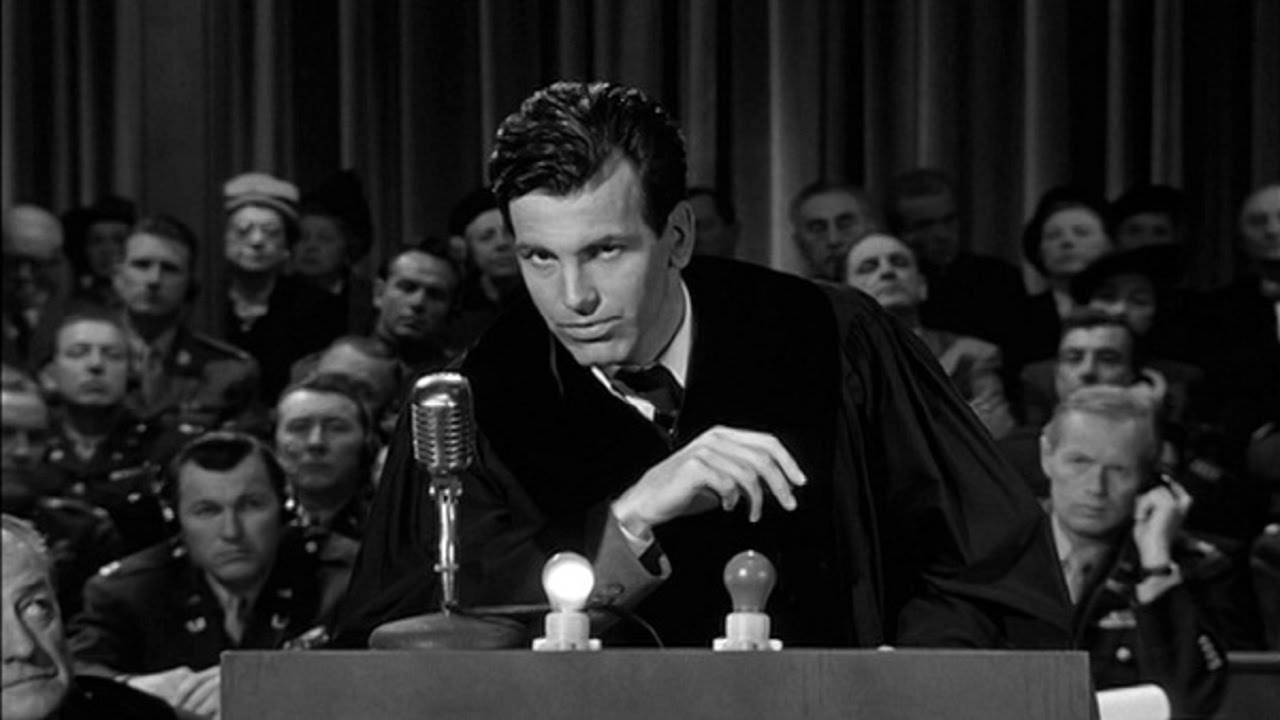 By the time this film was released in 1961, every Nazi imprisoned for war crimes by the Americans in the American Zone courts was either dead a free man again. Marlon Brando lobbied hard for the role of Hans Rolfe, the German lawyer defending the German judges, but little known actor Maximilian Schell so impressed director Stanley Kramer and screenwriter Abby Mann that they turned the world’s most famous actor down and went with the German actor instead! Schell went on to win the Best Actor Oscar for his performance. His is an outstanding effort and well worth the price of admission. Spencer Tracy as the judge was also nominated. Burt Lancaster as one of the German defendants was paid the most for his services ($750,000). Montgomery Clift worked for free! 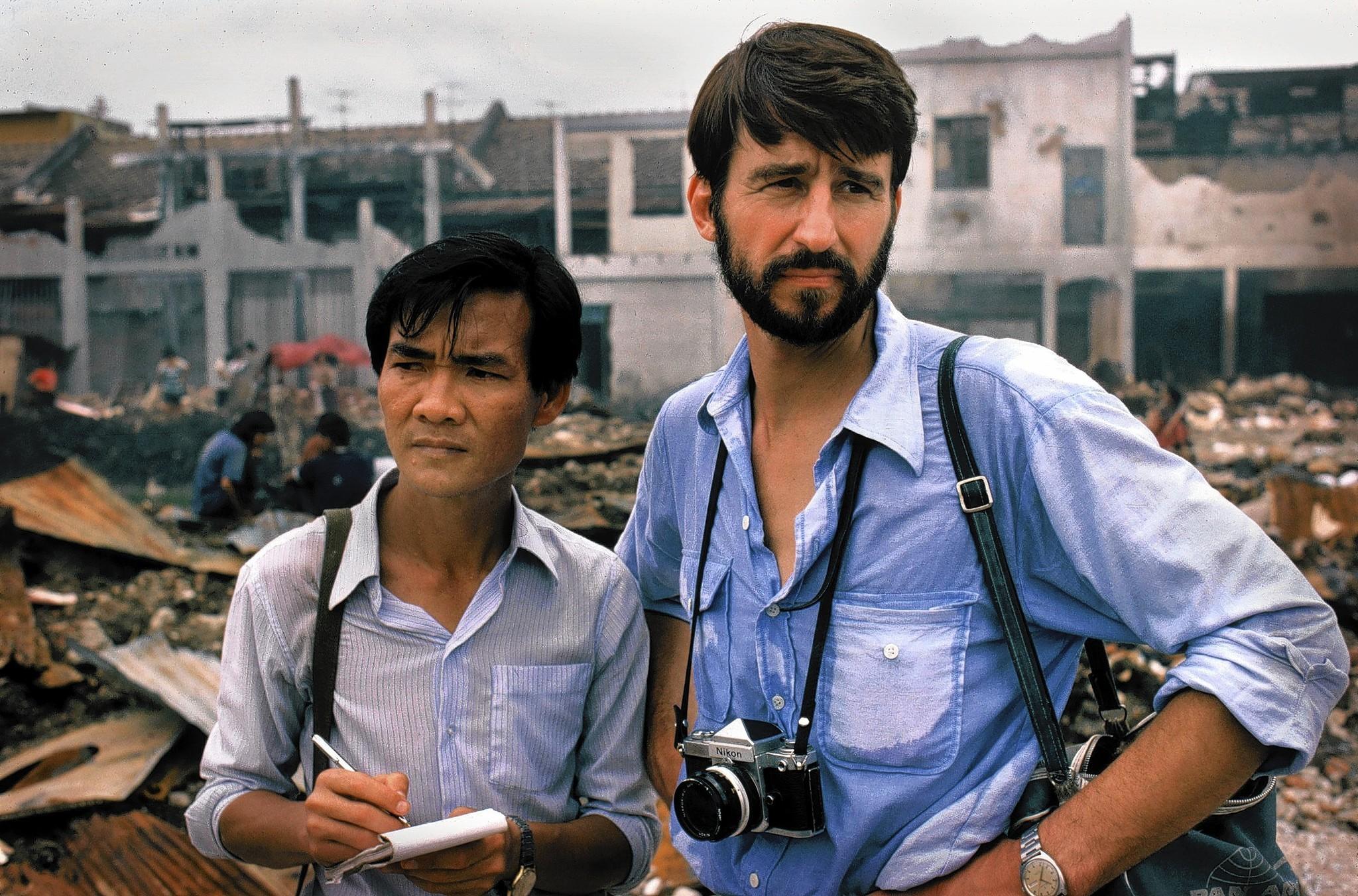 KILLING FIELDS, THE (1984) Cambodian Civil War 1967-75 – A story about the horrendous treatment of Cambodian Dith Pran at the hands of the Khmer Rouge after they occupied Phnom Penh in 1975.

Dith Pran was working as a journalist and interpreter for the New York Times in Phnom Penh in 1973, when he befriended reporter Sydney Schanberg who secured evacuation for Pran and his family out of Cambodia. Unfortunately, he chose to stay and help Schanberg when the city was occupied in 1975, and this movie depicts life under the barbarous Khmer Rouge regime from that time onwards. Actor Haing S. Ngor, himself a survivor from the same terrible times, portrayed Pran and won an Academy Award for Best Supporting Actor. Tragically, after surviving the Khmer Rouge nightmare, Ngor was shot to death in 1996 while standing near his BMW in the driveway of his Los Angeles home. Police believe he refused to hand over a locket containing a picture of his dead wife (she had died under the Khmer Rouge decades before), so his assailants killed him. Dith Pran passed away from pancreatic cancer in New Jersey, USA, at the age of 65 in 2008. This is a harrowing movie throughout. The Khmer Rouge were undoubtedly one of the most vicious and ruthless regimes in history. It is hard to comprehend that they systematically murdered millions of their countrymen and women just a few decades ago.