There have been a lot of very good war pictures churned out over the past 100 years or so. Here is an alphabetical list of those I believe to be worthy of watching. I have every one in my collection and have watched most of them several times.

Aldo Ray, Van Heflin and Tab Hunter star in this widescreen colour film about US marines stationed in New Zealand prior to taking on Japanese-held Pacific islands. Ray was an under-rated actor, in my opinion. The film is based on the Leon Uris novel of the same name. He also wrote the screenplay. During the war he saw combat on Guadalcanal and Tarawa. Battle Cry is a bit of a soap and as schmaltzy as all get-out, but it has a certain appeal for old movie fans like me. 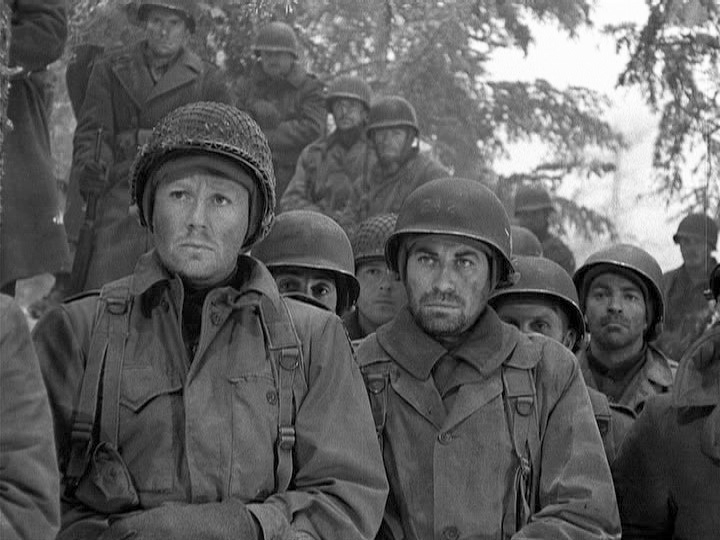 Van Johnson, John Hodiak and James Whitmore star in this gritty account of a squad of 101st Airborne Division troops trapped at Bastogne, Belgium during the Battle of the Bulge. Screenwriter Robert Pirosh based his story on his own experiences during the battle. He was not with the 101st Airborne, but felt their story deserved to be told. The individuals in the squad were all based on real survivors of the battle. 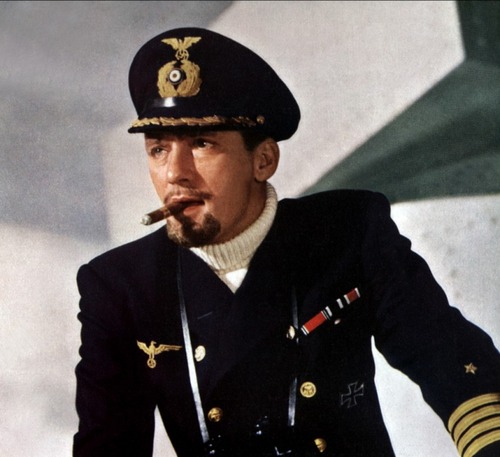 Peter Finch stars as Captain Hans Langsdorff of the German pocket battleship Graf Spee. Anthony Quayle plays Commodore Harwood of HMS Ajax. The story follows the exploits of the German surface raider in the opening months of the Second World War and its confrontation with British naval vessels off the coast of Uruguay in 1939. The USS Salem doubled for the Graf Spee. 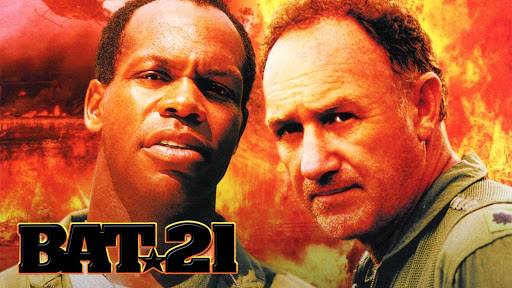 Another picture based on fact, this one set in Vietnam in 1972. Lt. Colonel Hambleton (played by Gene Hackman), is a weapons expert shot down over Viet Cong territory. His recovery before he can fall into enemy hands is imperative, so he works out an escape route through the jungle, using coded instructions based on golf courses he has played on at several air force bases. Danny Glover plays the pilot bent on retrieving him.

Josh Hartnett, Tom Sizemore, Ewan McGregor and Eric Bana star in this harrowing true account of a near-disastrous mission involving 100 US Army Rangers dropped by helicopter into downtown Mogadishu. They encounter hundreds of armed gunmen and two US Black Hawk choppers are brought down during the fight. Not a film for the faint-hearted, but one impressively directed by Ridley Scott. 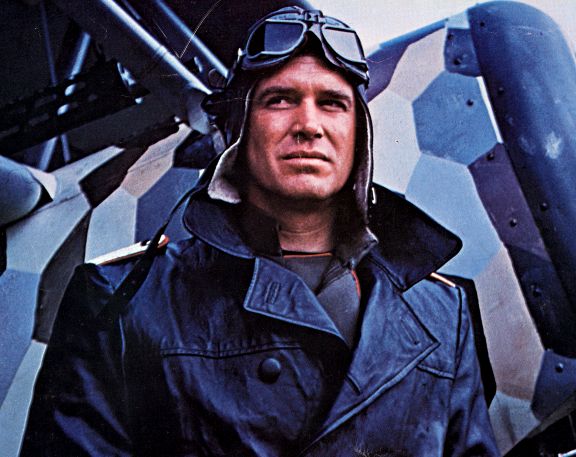 There have been very few colour feature films about air combat during the First World War, but The Blue Max is one with considerable merit. George Peppard is terrific as German fighter ace Bruno Stachel. He is ruthless, brilliant and intimately involved with the wife (Ursula Andress) of a German General (James Mason). The aerial combat is the best ever shot, in my opinion. One of the stunt pilots, Peter Hillwood, flew Hurricanes with 56 Squadron in the Battle of Britain in WW2. He was killed in an air accident soon after the release of this film. 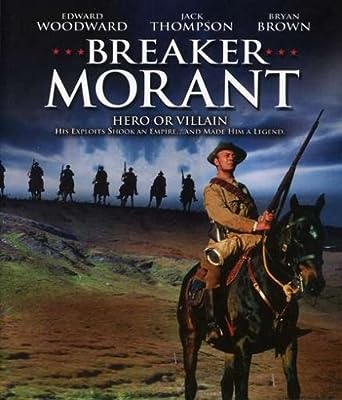 Edward Woodward as ‘the Breaker’

ased on actual events, this story stars Edward Woodward and Australian actors Jack Thompson and Bryan Brown. It follows the trial of the title character (played by Woodward) and two other Australian soldiers accused of war crimes against Boer prisoners during the conflict. Thompson is excellent as the defence attorney for the accused. Australian soldiers being tried by a British military tribunal caused a furore at the time and is still debated to this day. 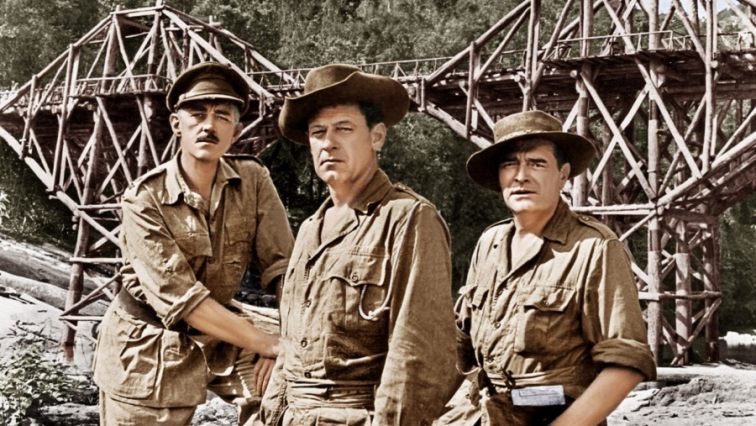 The winner of the 1957 Academy Award for Best Picture, this film is a fictional tale about a Japanese commandant’s confrontation with a British colonel, the senior Allied officer in a POW camp near the Burma-Siam Railway, and their eventual agreement to build a bridge across the River Kwai. Alec Guinness plays Colonel Nicholson and Sessue Hayakawa the commandant. William Holden and Jack Hawkins are part of a squad sent through the jungle to destroy the bridge. 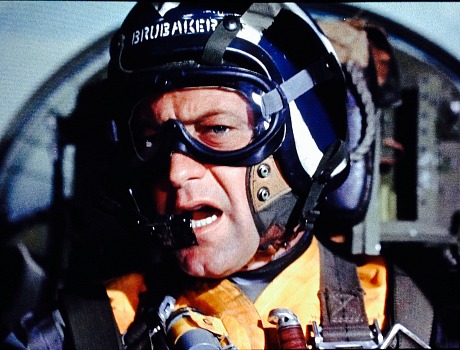 This is a fictional story, but one that hits home due to a fine script and down-to-earth performances from its key players, William Holden and Fredric March. Holden is a fighter pilot who resents being called up in a war he does not really understand or support, but does his job nonetheless. The great appeal of this picture is its total lack of flag-waving or sermonising. It is a movie that makes one think long after it is over. A great film. A first-rate cast, consisting of Humphrey Bogart, Van Johnson, Fred MacMurray and Jose Ferrer, delivers a taught drama about a mutiny aboard the USS Caine, a destroyer-minesweeper commanded by Captain Queeg (Bogart), and the subsequent trial of the mutineers. Based on the novel by Herman Wouk, the tale is fictional but beautifully staged by director Edward Dmytryk. Jose Ferrer as the defence attorney is outstanding. Virginia McKenna (of Born Free fame) is ideally cast as Violette Szabo, the young French-born woman who was dropped into Nazi-occupied France as an agent for S.O.E. (Special Operations Executive) in 1944. Filming took 92 days to complete, each one starting at 5.30am. Virginia only had two days off in that time, so she used them to marry Bill Travers and to spend the briefest of honeymoons with him. In 1966 they would co-star as husband and wife in the enormously popular true life story of Born Free. 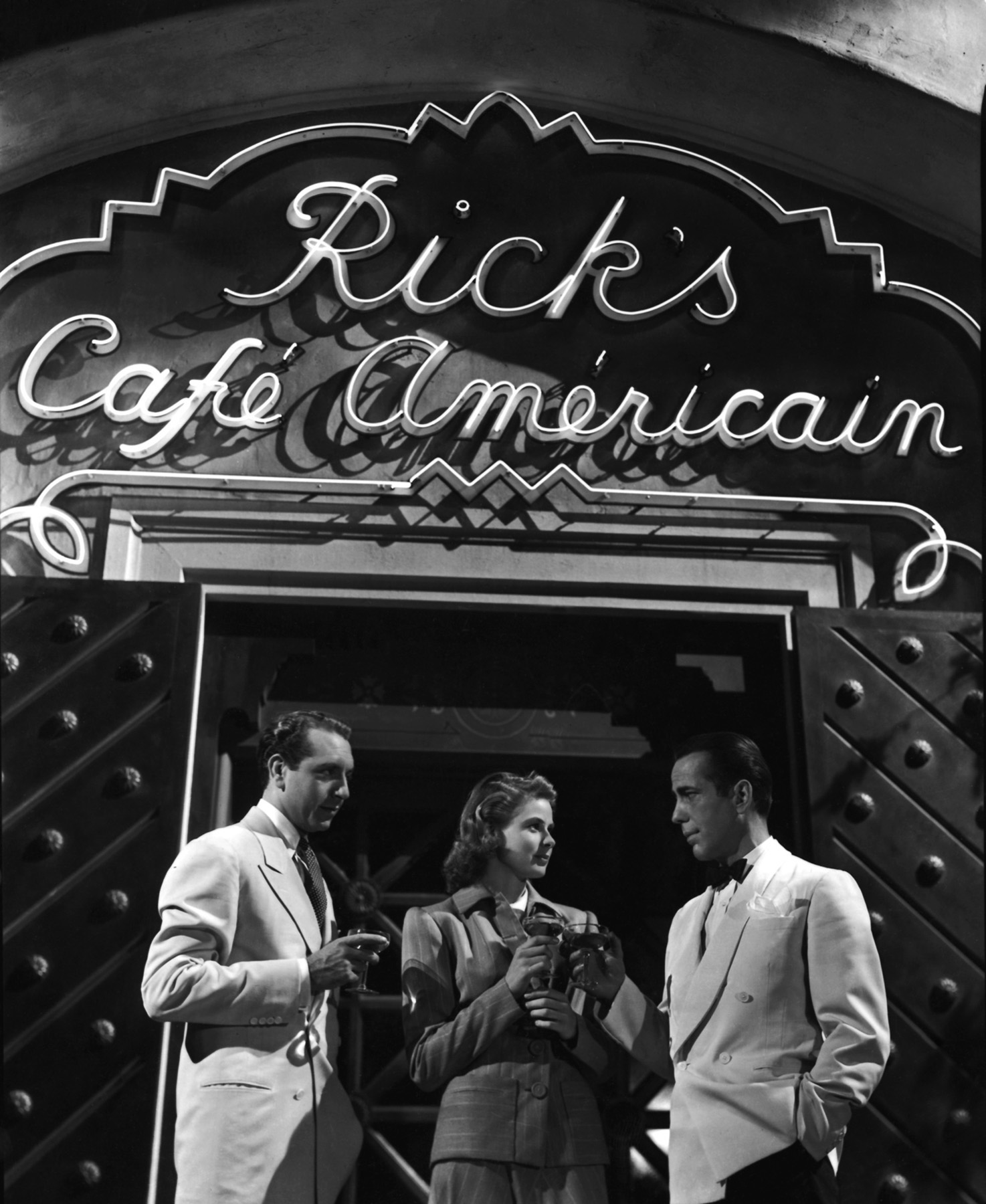 Set in Morocco in the early days of the Second World War, Casablanca is quite simply a joy to watch. A wonderful cast of characters, headed by Bogart (again) and Ingrid Bergman, come together in this romantic wartime drama that seems to push all the right buttons. I have seen this movie many, many times and it never dates, never disappoints. In my view it is the greatest Hollywood movie ever made.