Debate still rages over the validity of the claims of child abuse levelled by Christina Crawford against her mother, actress Joan Crawford, in her scathing 1978 book titled Mommie Dearest. Friends and supporters of Joan remain convinced that the volume is nothing more than Christina’s personal vendetta against her mother because both she and her brother Christopher had been cut out of Joan’s last will and testament, ‘for reasons which are well known to them’. Actresses Betty Hutton and Helen Hayes, on the other hand, confirmed some of the abuse allegations, having recalled witnessing them at first hand. 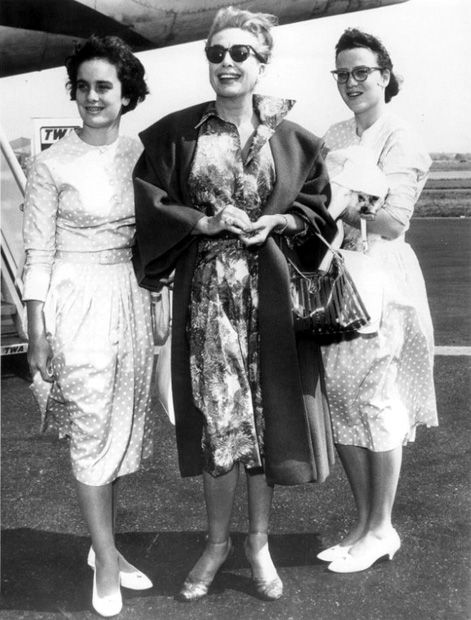 Joan with her twins, Cindy & Cathy

The waters were further muddied when Joan’s adopted twins, Cathy and Cindy, steadfastly refuted the allegations against their mother. Christina’s response was to remind everyone that there was an eight-year gap between the twins’ adoption and her own and Christopher’s. The twins, she argued, had seen nothing of her younger years before she was packed off to boarding school at the age of ten. Indeed, they were not even born when Christina was adopted. Joan’s first husband, Douglas Fairbanks Jr, stated he was unaware of any abuse, while some former staff members recalled witnessing abuse but admitted they were too afraid to do anything about it. Christopher, too, supported his sister’s accusations, but Joan’s legion of fans are having none of it. And so the debate continues. 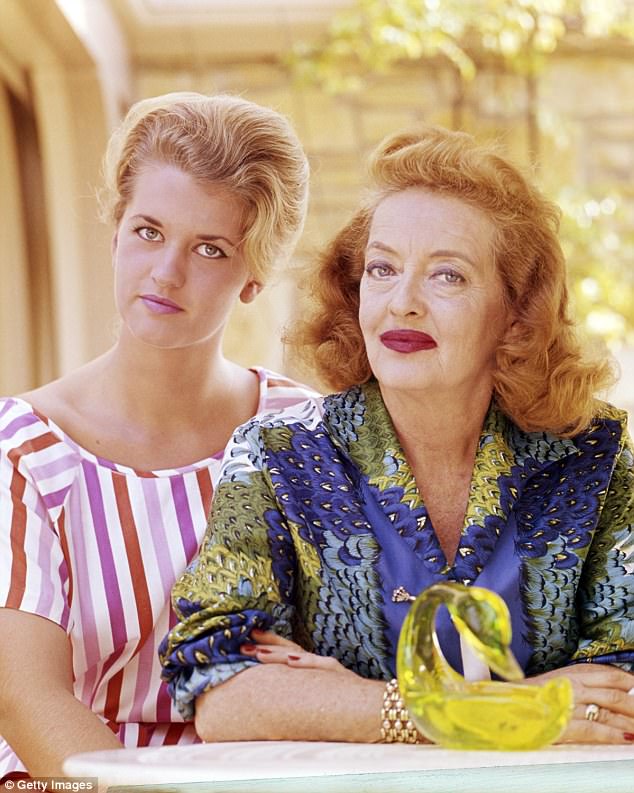 In 1985, Bette Davis’s daughter, B.D. Hyman, published a book about her mother, titled My Mother’s Keeper, one that portrayed Bette as a control freak bent on making B. D.’s adult life almost unbearable. The book was nowhere near as savage as Christina Crawford’s Mommie Dearest, seven years earlier, but much of the public straight away assumed that it was. B.D. accused Bette’s then husband, actor Gary Merrill, of assaulting her mother when he got drunk. He, of course, denied it. Bette herself was described by her daughter as a ‘drunken party animal’, but the incidents described were disputed by Bette’s friends who had been present at those times.

There were no accusations of child abuse in B.D.’s volume. In fact, she admitted, ‘I love my mother very much’, which in itself begs the question: ‘Why write the book at all?’ It has since emerged that B. D. resented her mother’s dislike of her daughter’s husband, Jeremy, and their two sons, Justin and Ashley. However, Bette had worked with young Ashley on a movie titled Family Reunion (1981), and crew members recalled her getting along famously with her grandson, supporting and coaching him throughout.

The book broke Bette’s heart. General opinion is that B.D. was a disgruntled woman who should never have written the thing in the first place. The moment she became aware of its contents Bette disinherited her daughter. Who could blame her? A great many sons and daughters question their parent(s) strictness during their upbringing, but they do not publish their feelings for all the world to see, particularly if the parent in question happens to be an iconic figure like Bette Davis. In 1989 Bette passed away. Since then, B.D. has started her own church and writes religious volumes. These days, she rarely speaks publicly about her famous mother. Good idea. 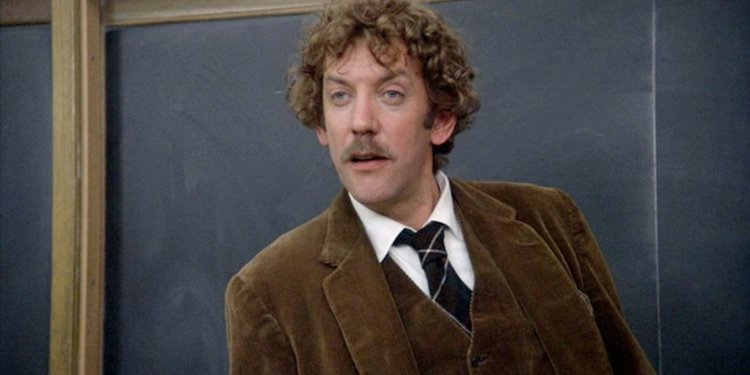 Donald Sutherland was sure that Animal House (1978) would flop at the box-office, so he turned down a percentage of the gross offer, accepting instead his flat $75,000 fee. Had he opted for the percentage deal he would have picked up between three and four million dollars! The scene in which John Belushi teaches everyone the ‘dirty lyrics’ of The Kingsmen’s hit song of 1963 ‘Louie, Louie’, is based around the FBI’s two-year investigation of the song’s lyrics. Incredible as it may seem to us today, the agency acted on complaints from religious and conservative groups who claimed that ‘profanity and obscenities’ were hidden in the muffled lyrics. Two years and tens of thousands of tax-payers’ money later, it was announced that no obscene words could be found in the song. Not one. 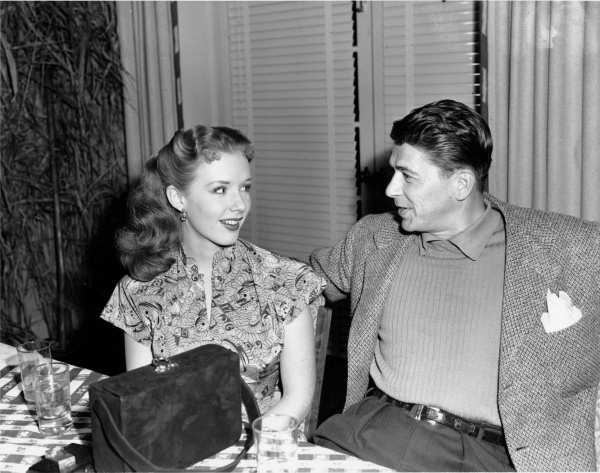 Piper Laurie & Ronald Reagan chatting away from the Louisa (1950) set 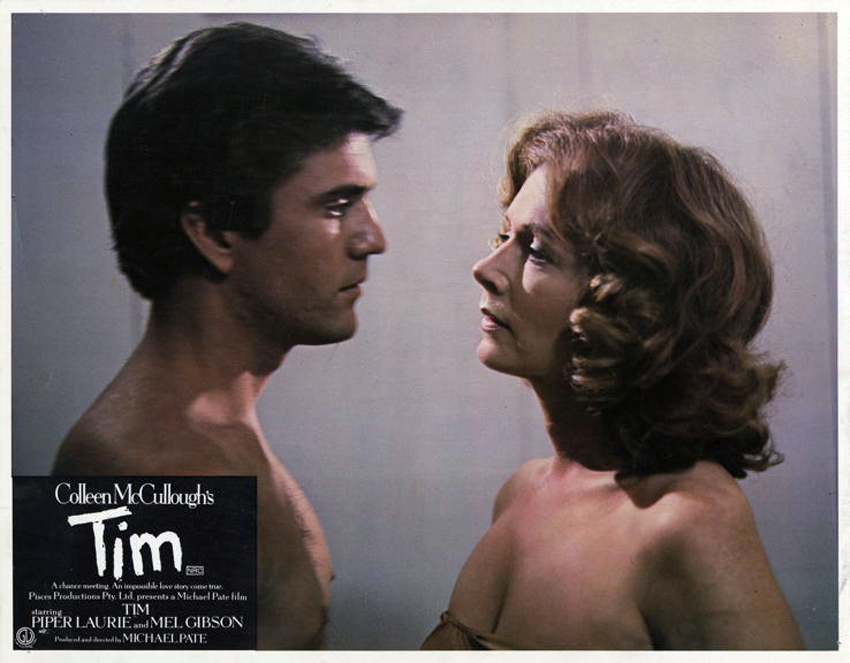 Seventeen year-old Piper Laurie made her screen debut in Louisa (1950), playing the daughter of Ronald Reagan’s character. In her 2011 autobiography, Learning to Live Out Loud: A Memoir, she revealed that she lost her virginity to the 39 year-old future US President during the time they were filming. Reagan became her acting mentor and the affair was a serious one for a while. In 1978, 46 year-old Piper (she was married at the time), had a one-night stand with 21 year-old Mel Gibson, her co-star in Tim (1979). She openly wrote of this in her book as well. 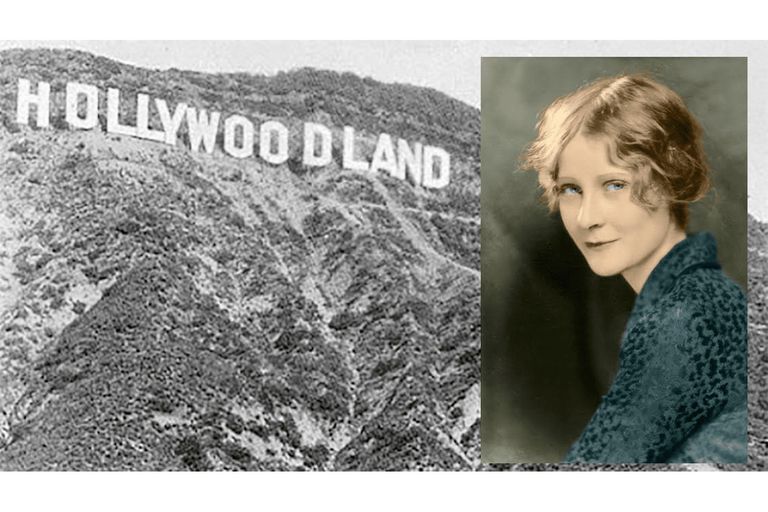 Millicent ‘Peg’ Entwhistle, the only person to commit suicide by leaping from the Hollywood sign, was born in Port Talbot, Wales in 1908. In April 1927 she met actor Robert Keith in New York City and, just four days later, the smitten couple were married. It was not a good idea for they fought constantly. Keith even tore hair from her head during one altercation and he conveniently neglected to mention he had a six year-old son from a former marriage. They divorced in 1929. Keith would marry again and have a son who would grow up to be the actor Brian Keith, thus making Peg Entwhistle Brian’s step-mother. In 1997, Brian, too, would commit suicide. 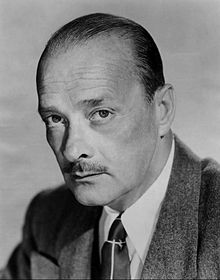 Peg’s career was going nowhere in New York, so she set out for Hollywood in April 1932 to make a go of it in the movies. RKO gave her a part in Thirteen Women (1932), her only screen appearance, but most of her performance wound up on the cutting room floor and she became deeply depressed because of it. On 16 September 1932 she penned a note. It read: ‘I am afraid. I am a coward. I am sorry for everything. If I had done this a long time ago, it would have saved a lot of pain. – P.E.’ She then placed the note in her handbag and walked two miles to the Hollywood sign. Once there, she climbed the workman’s ladder at the back of the 50 feet high letter ‘H’, then leapt to her death. 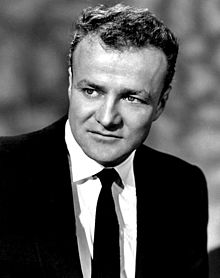 The next morning a female hiker found her handbag and, soon afterwards, Peg’s broken body farther down the hillside. Not wishing to get involved, the woman collected the dead girl’s purse, shoes and jacket, took them to the Hollywood Police Station, and carefully laid them on the front doorstep. Then she placed an anonymous call and faded away. Peg was cremated and her ashes sent to the family plot in Cincinnati. A few days later, so the story goes, a letter arrived at the dead girl’s former place of residence, asking her to star in a new play about a woman driven to suicide. There is no evidence to support this story which appears to be nothing more than an urban legend.