Down the decades I have developed a powerful dislike for certain actors and/or individual performances, players or portrayals that I felt detracted from some really good movies (and a few bad ones). So, I wrote out a list of the really irksome players (or moments) in all the films I have ever watched. The list below is in alphabetical order. Names were selected for their overall body of work, or their on-screen personality (if they possessed one), or a single, diabolically annoying performance. Or a combination of all three. And a couple were picked simply because I don’t like them (Charlton Heston and Woody Allen, for instance). There are no women on my list because the presence of women nearly always improves the quality of a movie. Rarely does it detract from it. Why? Well, they are infinitely better–looking than men to begin with and, with the singular exceptions of Liz Taylor and Roseanne Arnold, they sound better too. And if that is politically incorrect, or chauvinistic, or whatever, so be it. Anyway, here are the dudes I have no time for. Feel free to disagree: 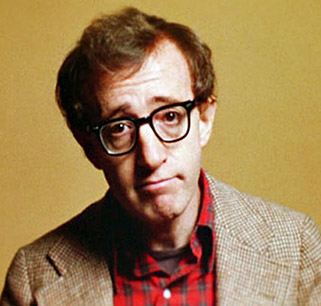 How many times must we see this guy playing his pathetic, neurotic self on the screen? And who cares anyway? His pictures don’t make money because only the critics and the actors like them. The public stay away in droves. Nevertheless, those who profess to know what they are talking about consider him to be some kind of genius. If keeping himself out of the clutches of the law requires a level of genius, then they may be right. 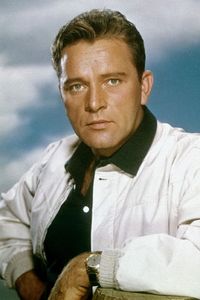 There is no doubt that Burton was a fine stage actor, but on the screen I always had the feeling that I was watching a clever exponent of acting. I never felt convinced that the characters he portrayed were real people. His professional pauses for emphasis and dramatic effect were simple not natural. Real people do not speak that way. 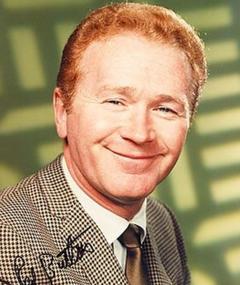 Buttons was one of those character actors that are supposed to be loveable rogues, but who I personally found annoying. Hatari (1962) was not a good film, and it was not helped one iota by Red’s irritating, silly character. Worse still, the writers had the pretty young French actress Michele Girardon’s character fall in love with his. Mind you, the same writers had Elsa Martinelli falling in love with elderly, overweight John Wayne, so their grasp on reality was tenuous at best.

I thought Carrey was outstanding in The Mask (1994); very funny indeed, but everything else he’s done is ‘over-the-top’ rubbish. It is as if the man had suddenly arrived at the inescapable conclusion that he was a comic genius and could do whatever he wanted to. He was wrong.

I am an enormous fan of American child stars. They have always been several cuts above kids from other countries. And most of the really good ones have been genuinely likeable as well, but not the 10 year-old star of TV’s Diff’rent Strokes, Gary Coleman. He was pretentious and not cute at all. One got the impression that out of camera-shot he would have been a giant pain in the ass. His decision to enter politics as an adult pretty much confirmed my opinion. 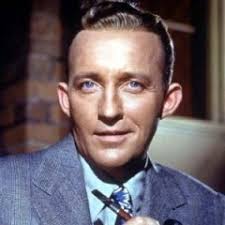 Bing Crosby was a fine singer. He even acted very well once, and that was not in Going My Way (1944) when he was gifted a Best Actor Oscar. Ten years later he was far better in The Country Girl and missed out. Figures. Unfortunately, Hollywood kept casting him as a romantic lead, just as they did with the equally homely Fred Astaire. And that really bugged me. 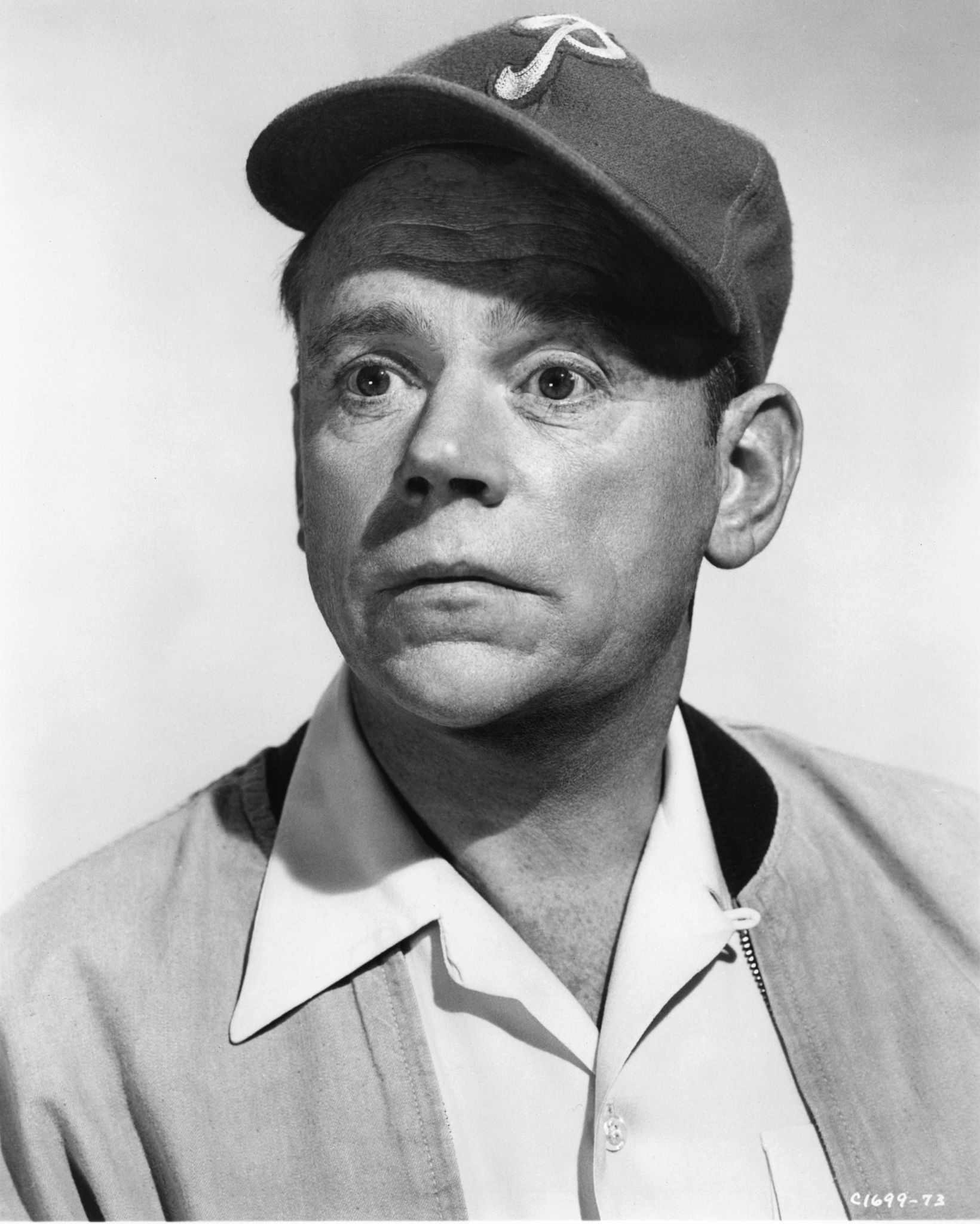 Speaking of homely leading men, Tom Ewell has to take the cake as the homeliest. Not only was he a lumpy, droopy looking guy, he was totally devoid of a personality and, unlike Crosby and Astaire, had no other talents to fall back on either. So, how in hell did he get to play opposite Marilyn Monroe in The Seven Year Itch (1955)? One of life’s great mysteries. A lousy movie too. Even Marilyn couldn’t save it. 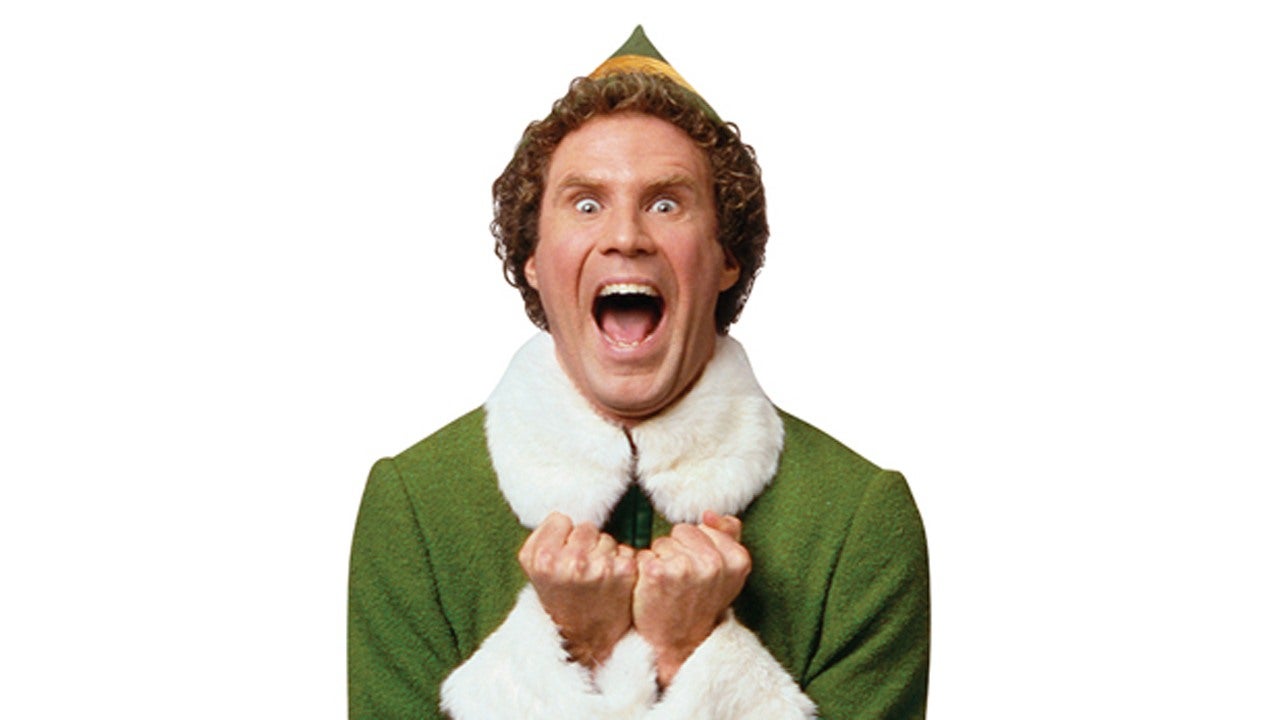 My children and grand-children are all Will Ferrell fans, Avid fans, in fact. I have forced myself to watch him and have arrived at the conclusion (to me anyway) that the man simply is not funny. He probably has 10,000 fan clubs on the planet, but he just does not make me laugh. A tenth-rater. 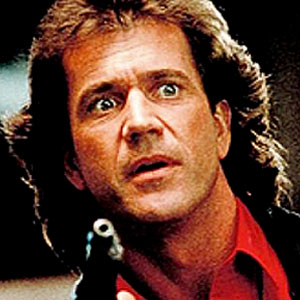 I do not think much of Gibson as an actor for the same reason I do not like Liz Taylor as an actress. He has a boring voice – just like Liz. And he is a very ordinary actor to boot. I remember him feigning ‘crazy’ in Lethal Weapon (1987). It was so bad it was laughable.

How much mileage can one person extract from a sun tan, a set of pearly whites and nothing else? I saw George in a 1961 western called A Thunder of Drums in which he played a cavalry lieutenant, chasing a mess of Apaches all over dusty, hot Arizona, yet he meticulously wore his hat at a rakish angle throughout! Nothing like a bit of realism, I say. And that was nothing like a bit of realism. 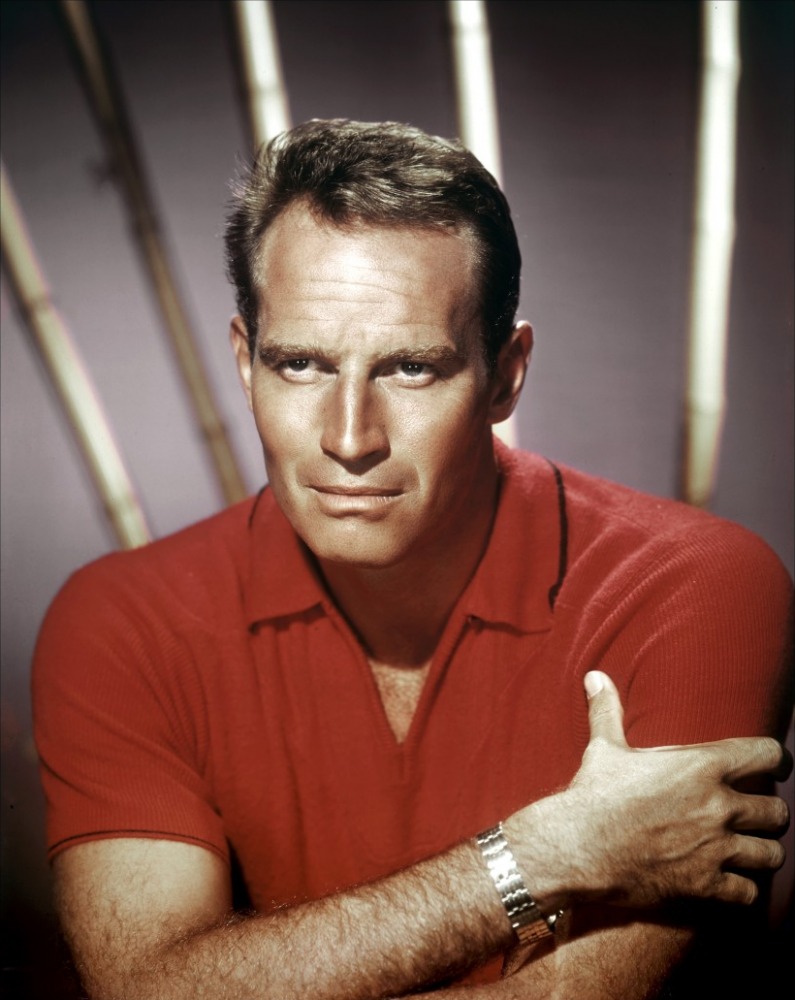 The original wooden Indian standing outside the cigar store. Chuck lost me forever when he collared Russell Crowe as he went to collect his Oscar for Gladiator (2000) and whispered, ‘As one gladiator to another, I salute you!’ What a poser. His championing of the gun lobby in America labelled him as a mindless moron to everyone outside America (and most people inside America, other than the NRA).

I thought Leslie Howard was brilliant in The Scarlet Pimpernel (1934) opposite Merle Oberon, but his pitiful turn as Ashley Wilkes in Gone with the Wind five years later is the performance he will most likely be remembered for. He should never have accepted the role. Just too old for it. Even he did not believe that Scarlett would prefer him over Gable. Neither did anyone else.

Jerry, while he worked with Dean Martin, used to be damned funny in pictures such as Sailor Beware (1952) and Scared Stiff (1953). But once they broke up and he had control over his films, Jerry’s monumental ego took control and he churned out a string of self-serving performances that had none of the early magic. 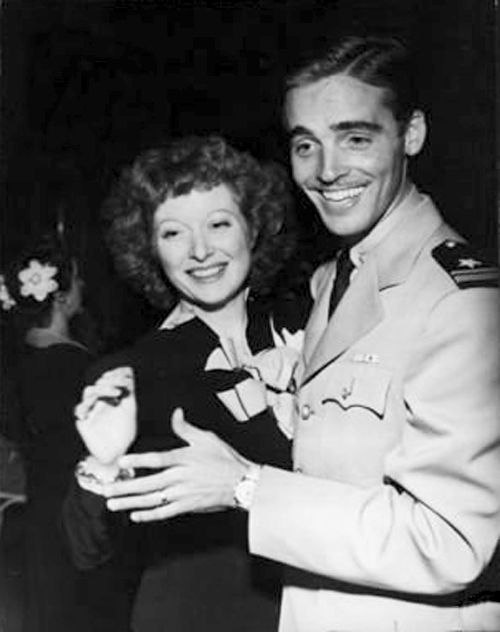 There are a few things wrong with Mrs. Miniver (1942), but they all pale into insignificance when compared to the performance of Richard Ney as the Minivers’ son Vin. Suffice to say, for the only time in my life, I found myself rooting for the Nazis every time he took off in his Spitfire. He was that obnoxious! If the real Battle of Britain had been fought by twits like Vin, it would have been lost inside a week. Fortunately, life did not imitate art. 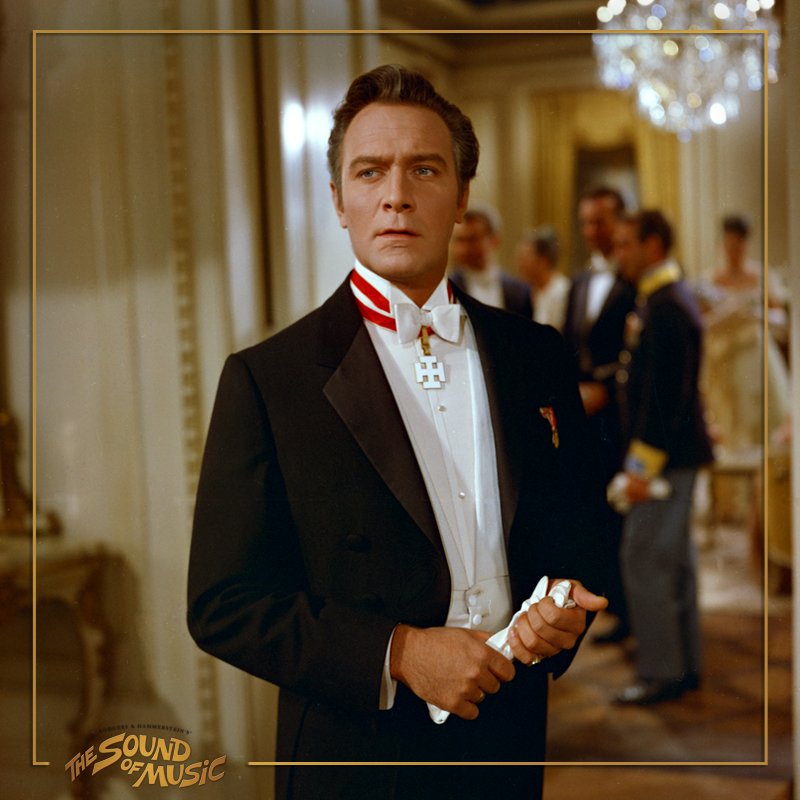 No matter how many times The Sound of Music (1965) pops up on TV, my skin still crawls every time I watch Christopher Plummer posturing and strutting about as the Captain. I have often read that the man himself hates the movie, but does he also hate his own swanning-about performance in it? He should. Surely, he cannot be that vain in real life? 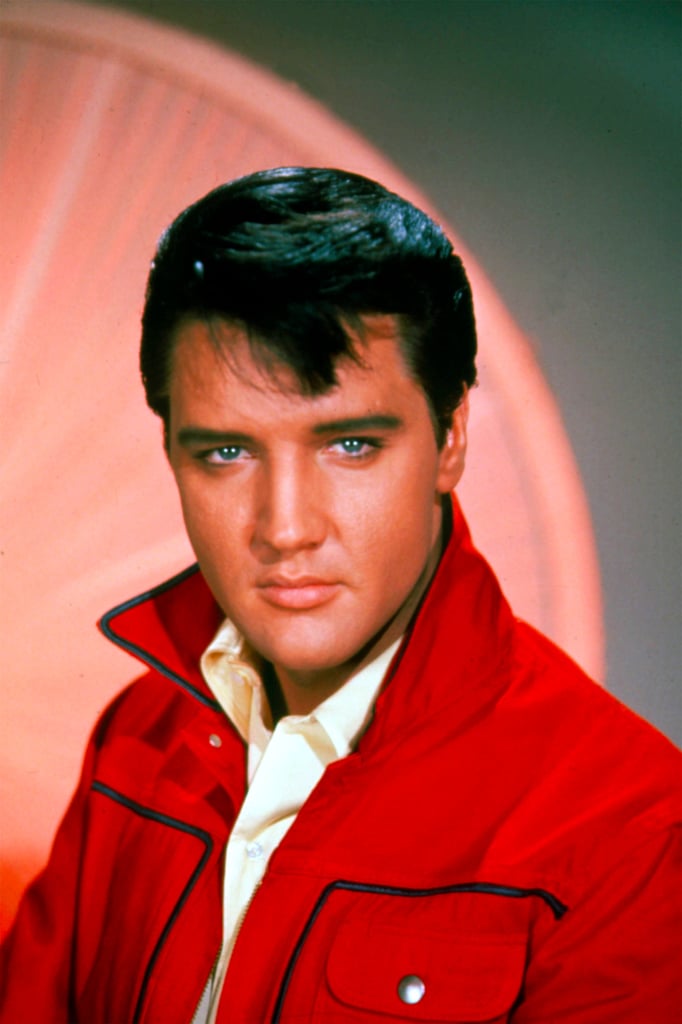 Sorry, Elvis. I like your music and a lot of those who knew or met you have said you were a really nice guy, but your movies positively sucked. Every last one of them. To be fair to him, I don’t think his heart was ever in those brainless vehicles the Colonel lined up for him, but that does not excuse his lousy acting and the even lousier screenplays. Elvis was a force to be reckoned with, so why did he not throw his weight around and demand rewrites instead of simply accepting the garbage served up to him? And did his collar always have to be turned up?

‘Let’s put on a show!’ God, how many times did Mickey Rooney say that in his pictures with Judy Garland? There is something about a pint-sized kid with an ego the size of the Grand Canyon that truly bugs me. Having said that, I think the main reason for my dislike of Mickey Rooney lies in the fact that he must have had the IQ of a sea squirt! How can anyone with even half a brain cheat on Ava Gardner two weeks into their marriage? What an idiot. 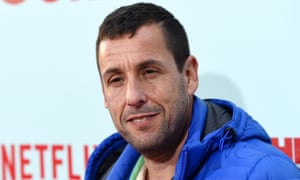 One day someone must explain to me why this guy has such a following from the young. I have seen several of his pictures and he is not clever, he’s not articulate, he’s nothing to look at and his sense of humour is at best infantile. If Adam Sandler is the yardstick for young cinema-goers today, all I can say is I weep for them.

Gene Wilder is no longer with us, yet I have little doubt that there are millions of movie fans that mourn his passing. I am not among them. I know that Mel Brooks loved him and used him often, but what was the attraction? He was the least funny in Blazing Saddles (1974), he was irritating in The Producers (1967) and generally dull in everything else. A monstrously over-rated comic. I used to love watching Norman Wisden. When I was about six– but then I outgrew his style of humour. Watching his old films today, I am struck by his tendency to always be ‘on’. The man tried too hard to get laughs all the time. Even when he toddled off to Buckingham Palace in June 2000 to be knighted, he still ’tripped’ as he left the ceremony. Couldn’t help himself. I am probably a bit tough on him, but if you can’t grow up at 85, when can you?

I shall be interested to hear if readers agree with any of my choices. Who do you especially dislike?