The 1953 Hitchcock drama I Confess starred Montgomery Clift as a Roman Catholic priest. Anne Baxter played his lover. The Republic of Ireland banned the picture in its entirety because Baxter’s character and Clift’s character were in a relationship, even though that relationship took place before the man decided to enter the priesthood. We often read of Marilyn Monroe’s annoying and disruptive reliance on her acting coach when on the set of her movies, but she was not the only top-line star to do so. Montgomery Clift was a Method actor and aggravated Hitchcock throughout this film by turning to his own coach, Maria Rostova, for signs of approval after every take. He took little or no direction from Hitch, relying solely on his training and Rostova.

Doris Day’s lifelong commitment to preventing animal abuse began while she was starring in the Alfred Hitchcock thriller The Man Who Knew Too Much (1956). To her great credit she took a stance after witnessing the appalling treatment of the various goats, sheep and camels used in the picture; refusing to return to work until the production company set up ‘feeding stations’ to care for and feed the livestock. She won the day. Good for her. 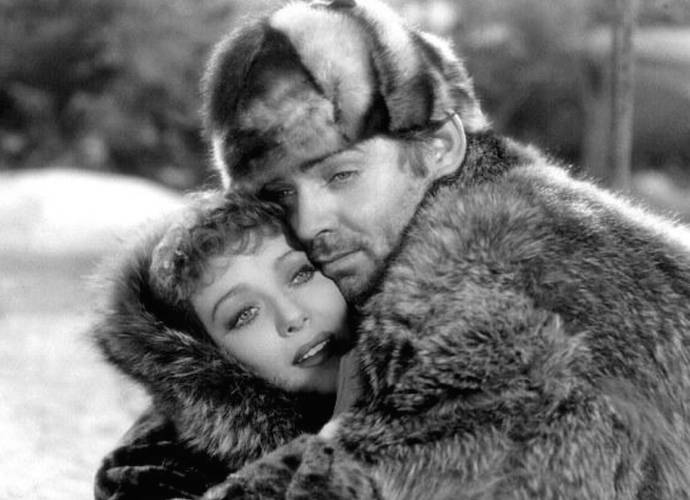 Call of the Wild (1935) was the last film produced by 20th Century Pictures before its merger with Fox Film Corporation to form 20th Century Fox. Its two stars, Clark Gable and Loretta Young, had an affair during the shoot that produced an out-of-wedlock daughter, Judy Lewis. To save damaging their careers, especially after Clark unceremoniously washed his hands of her, Loretta went away for a while, quietly had her baby, then claimed she had found the girl and had decided to adopt her. With the collaboration of the Catholic Church the secret was kept until Judy herself revealed details of what had really happened in her 1994 book titled Uncommon Knowledge. During the production shoot of Giant (1956), James Dean appeared in a TV commercial with Gig Young promoting safe driving. Dean was wearing the same hat and shirt his character was wearing in the movie. ‘People say racing is dangerous’, he said, ‘but I’d rather take my chances on the track any day than on the highway.’ As he left the studio, he added the prophetic words: ‘Drive safely, because the life you save might be mine.’ He finished principal photography on Friday, 23 September, 1955 and died in a car crash a week later. He was 24.

As part of the 40th anniversary of the Allied victory in Europe, President Ronald Reagan announced he would be laying a wreath at the little cemetery in Bitburg, West Germany. Public outcry immediately ensued because the site also contained, among the war dead, the remains of 49 Nazi storm-troopers. Reagan and his advisors had been unaware of this yet, in the face of worldwide opposition, he stubbornly refused to cancel the ceremony or to move it to a graveyard uncontaminated by SS dead. He further compounded the problem by stating: ‘We have to put the past behind us. The soldiers [buried at Bitburg] were victims, just as surely as the victims of the concentration camps.’ It was a monumental gaff, insensitive and stupid. He even told the Israeli Prime Minister, Yitzhak Shamir, that during the war he had been an army photographer assigned to film the horrors of the Nazi death camps! It was a blatant lie, one easily exposed, for he never left California at all during the war years. ‘Yes, I know all the bad things that happened in that war’, he told foreign journalists. ‘I was in uniform four years myself.’ 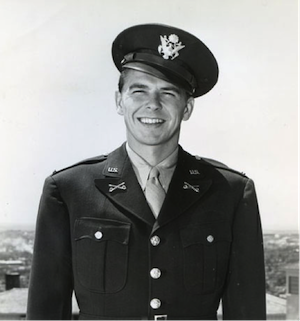 Historian Arthur M. Schlesinger, Jr., suggested Reagan had been in costume, rather than in uniform, adding, ‘Mr. Reagan, in fact, is the only American president who was of military age during the Second World War and saw no service overseas. He fought the war on the film lots of Hollywood, slept in his own bed every night, and apparently got many of his ideas of what happened from subsequent study of the Reader’s Digest.’ Schlesinger might also have mentioned that, from 1943 until 1947, Ronnie was an informant for the FBI (code name T-10), delivering the names of colleagues he felt were ‘subversive’, ‘un-American’ or ‘following the Communist party line’. Such activities needed a California-based informant, not one in the far off South Pacific or Europe.  Death camps photographer indeed! Rachel McAdams played Inez in Woody Allen’s 2011 film Midnight in Paris, and Michael Sheen was Paul in the same picture. During filming they commenced an off-screen romance. French actress Audrey Fleurot made the unforgiveable blunder of greeting Allen and attempting to shake his hand on the first day of shooting. The neurotic director is notoriously wary of unsolicited approaches (evidently, Miss Fleurot was expected to know that), and he recoiled from her. On the picture’s release, her scenes had been left on the cutting room floor. Coincidence? Maybe. 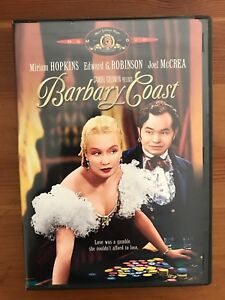 Miriam Hopkins and Edward G. Robinson were at loggerheads throughout the shooting of the 1935 film Barbary Coast, because Miriam did everything in her power, in scene after scene, to upstage him and unsettle his performance. Robinson put up with her unprofessional attitude until they arrived at the moment in which his character was required to slap her character’s face. Eddie hauled off and knocked his co-star to the ground! After the briefest of pauses, the entire crew burst into spontaneous applause. They, too, were fed up with the lady’s antics. One of the most watchable films of 1988 was the action/comedy Midnight Run, starring Robert De Niro and Charles Grodin. The lack of a love interest in the picture must have worried someone at Paramount because, for a while, it was seriously contemplated changing the gender of John ‘the Duke’ Mardukas (Grodin’s character) to a woman, and to have Cher play her. The director, Martin Brest, rejected the gender change and Grodin ultimately won the role. The lack of a love interest saw Paramount back away from the project and Universal step in. The magic of movies never ceases to intrigue me. For instance, Mardukas falls into the Salt River Canyon in Eastern Arizona in one scene, but crashes through the rapids in the next scene – in New Zealand. Evidently, the water in Arizona was too cold so cast members and crew flew to New Zealand, where it was warmer, and shot the rapids scene there.