Jane Fonda hung out with prostitutes and pimps for a week as preparation for her role as the hooker Bree in Klute (1971). She also spent time at the local morgue and emerged visibly moved by what she saw there. She and co-star Donald Sutherland entered into a non-exclusive romantic relationship off-screen that lasted until June 1972. In fact, he was her date to the Oscars when she won an Academy Award for her performance in this film. 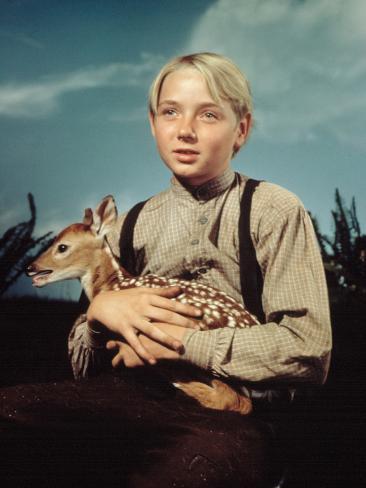 Claude Jarman Jr. was chosen from almost 19,000 boys to play Jody in the 1946 MGM tear-jerker The Yearling. Producer Sidney Franklin later claimed that the boy’s long hair won him the role. Claude had been busy studying and had not had a haircut in months. Hence, he looked like a Florida farm boy, said Franklin. Gregory Peck had top billing but he never thought much of the movie. ‘It was much too lushly done’, he said. ‘The boy cried too much.’ As Jarman grew into manhood he lost interest in the movie business, his last film being The Great Locomotive Chase (1956). For a while he was an executive with Amway and at one stage was the manager of the San Francisco Opera House. He is now in his eighties. 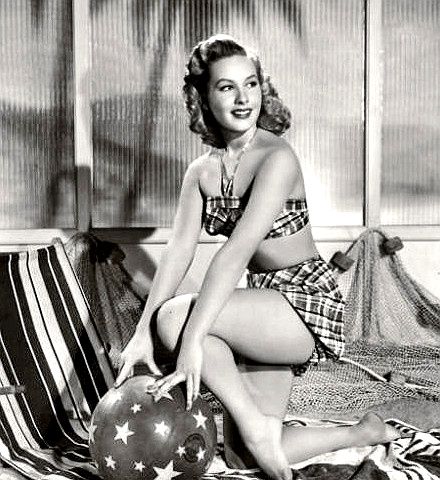 The name Penny Edwards is all but forgotten today, but this blue-eyed blonde showed enough musical talent to land second leads in several Hollywood musicals in the late forties before being chosen to replace the pregnant Dale Evans in a number of Roy Rogers westerns during the early fifties. Dale personally chose Penny because of the girl’s strong religious background. For a while she was romantically involved with Ronald Reagan between his marriages to Jane Wyman and Nancy Davis, but her religious upbringing ultimately compelled her to end the relationship. She was also 17 years younger than him which did not sit well with her either. In 1953, at the height of her career, she briefly retired to devote herself to the Seventh Day Adventist Church but returned to television work in 1956. Lung cancer claimed her two days after her 70th birthday in 1998.

Pride of the Marines (1945), starring John Garfield, Dane Clark and Eleanor Parker, is based on the true of Assistant Gunner/Loader Al Schmidt’s exploits on Guadalcanal when his unit (2nd Battalion 1st Marines) was attacked by 800 Japanese attempting to recapture Henderson Field. More than 200 dead Japanese were found around his position the next morning and Schmidt was awarded the Navy Cross for heroically manning his Browning machine gun for four hours of horrendous fighting. Only sixteen of the attacking force survived the battle and Schmidt was blinded in the attack, although he later recovered partial sight in one eye. Garfield and Clark shared a scene where they discussed the difficulty of being a Jew in the USA at the time. Both actors were New York-born sons of Russian Jewish immigrants. 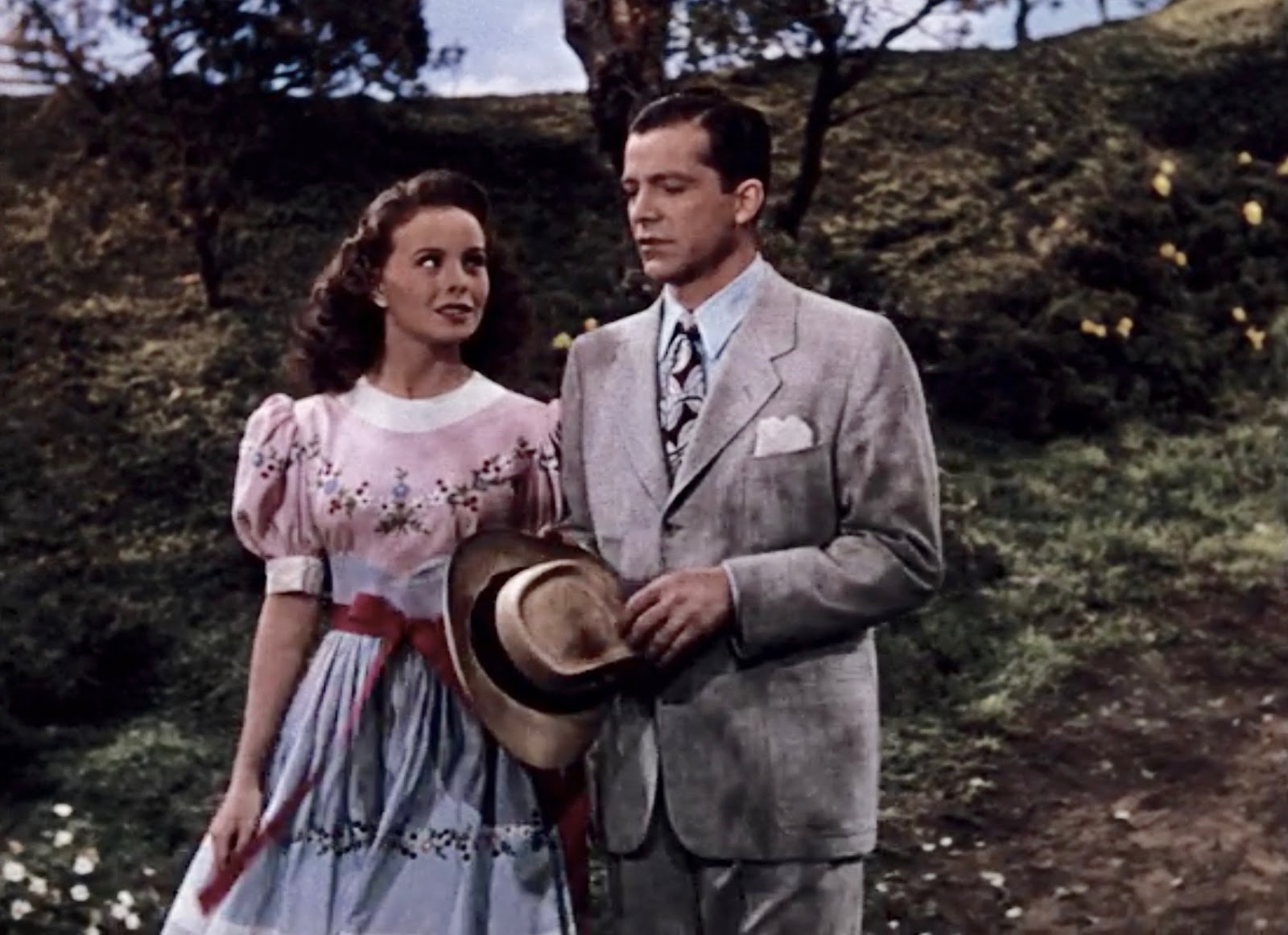 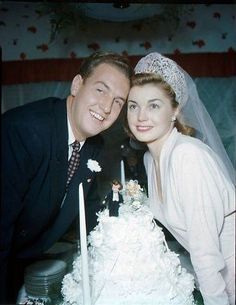 When Dana Andrews was signed to play the lead in State Fair (1945), the studio was unaware that he was a trained singer capable of doing his own vocalising in the picture. Consequently, they hired Esther Williams’ husband Ben Gage to sing Dana’s character’s songs. Andrews, one of Hollywood’s nice guys, opted not to advise the studio of his prowess as a vocalist because he figured Gage was entitled to earn a living as a ‘ghost singer’. He did not want to deny him employment. Andrews would enjoy a career that lasted over three decades and never once sang on-screen. 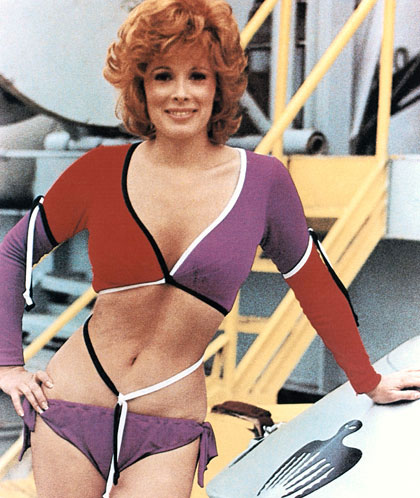 Jill St. John as Tiffany Case in Diamonds are Forever

Lana Wood as Plenty O’Toole in Diamonds are Forever 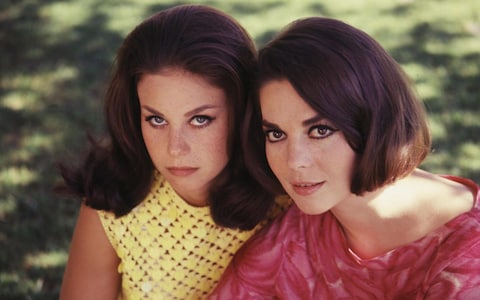 Jill St. John and Lana Wood (Natalie’s sister) co-starred in Diamonds are Forever (1971). Both ladies were involved with Sean Connery off-screen as well at the time, a situation that sparked a decades-long feud between them. That feud intensified in February 1982, three months after Natalie’s tragic death, when Jill began a serious relationship with the dead woman’s former husband Robert Wagner, one that ultimately led to marriage. In 1999 at a photo-shoot of former Bond girls, the photographer ignited an altercation between the two women when she asked for a shot of them together. Jill loudly refused and Lana was reduced to tears. The feud escalated even more after 2011 when Lana publicly accused Wagner of involvement in Natalie’s death. When asked on Megyn Kelly Today, (in July 2018), if she thought Wagner had murdered her sister, Lana gave a one-word response: ‘Yes’.

During the excellent WW2 drama The Man Who Never Was (1956), much is made of Commander Montague’s need to find a corpse that showed convincing indications that death had resulted from drowning. In the movie a body was found that had died from pneumonia and was given the name Willie Martin. The real corpse was that of a vagrant Welshman, later identified as Glyndwr Michael, a man who had committed suicide by ingesting rat poison! It was deemed almost impossible to tell that this, rather than drowning, was the real cause of his death. For some reason the truth did not appeal to the film’s producers. Michael’s grave in Spain today bears both his real and fictional name. 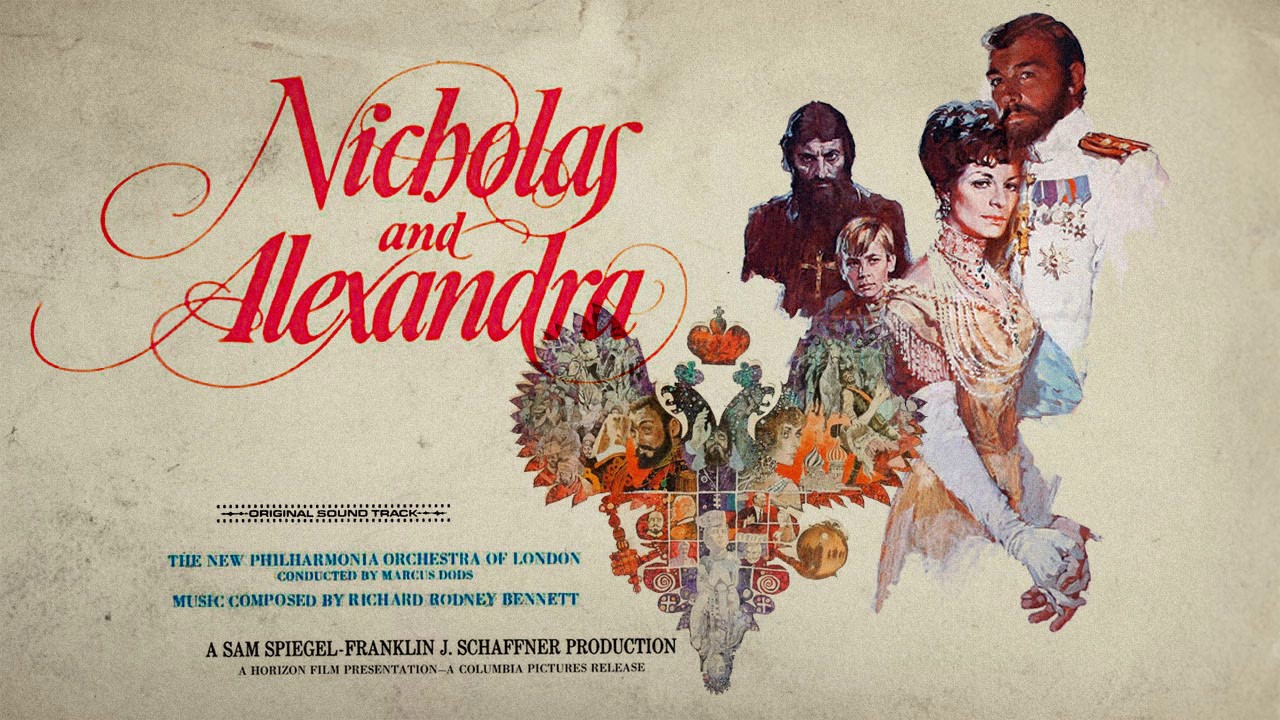 The real Romanov Family circa 1913

Nicholas and Alexandra (1971) is beautifully acted but riddled with historical inaccuracies that were not the fault of Robert K. Massie upon whose book the picture is based. His initial research was subject to Soviet rulings on what material could and could not be examined. For many years, for instance, it was widely believed that the Romanov family was refused sanctuary in Great Britain by the Prime Minister David Lloyd George and his wartime coalition government. Only years later was it learned that King George V, fearful of possible unrest similar to the Easter Rising in Ireland, had forced the government into withdrawing its offer of asylum, a decision that was an abuse of his position as constitutional monarch. And it led to the eventual execution of the Romanovs at Yekaterinburg in 1918. The 1945 British love story Brief Encounter was unique in that the stars, Celia Johnson and Trevor Howard, were not the usual glamorous ‘Hollywood’ stars we have become accustomed to seeing in movies. In place of Hollywood glamour is British tastefulness, class and style. And it works a treat. Interestingly, Carnforth Station was chosen for a location because it was far enough away from south-east England to receive sufficient warning of any Luftwaffe air-raid should one eventuate. Celia’s touching performance resulted in her only Academy Award nomination.