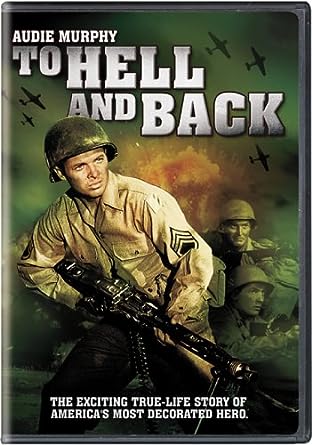 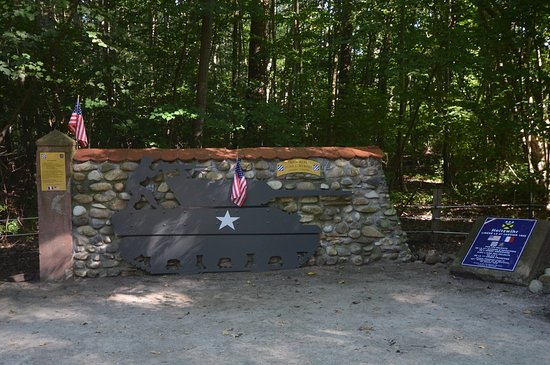 To Hell and Back (1955) is a biopic about Audie L. Murphy, America’s most decorated soldier of World War Two. Thirty year-old Murphy plays himself. He dreaded re-enacting one particular scene in which his closest friend (Brandon) stands up while the company is advancing up a hill and is hit by a burst of machine gun fire. In real life he fell back onto Murphy, mortally wounded, gave a little smile and said, ‘I goofed, Murphy’. Then he expired in Audie’s arms. ‘When we shot the scene’, said Murphy, ‘we changed the part where Brandon died in my arms. That was the way it had really happened, but it looked too corny, they said. I guess it did.’

Throughout the shooting of Le Mans (1971) its star Steve McQueen became increasingly paranoid after learning that his name had been on Charles Manson’s kill list. He immediately obtained a license to purchase a firearm for his protection. His state of mind was not helped by the disintegration of his marriage to Neile Adams who was enveloped in an affair with Austrian actor Maximilian Schell. Indeed, it was rumoured that McQueen had offered Schell a part in Le Mans, possibly in the hope of running him off the road at some point. Schell wisely declined the role.

Francesco Quinn was the son of Hollywood legend Anthony Quinn and an actor in his own right. His most memorable movie performance was as Rah, an underground drug king in Oliver Stone’s award-winning Vietnam War semi-autobiography Platoon (1986). He showed enormous promise, yet his career did not reach the heights many fans and critics thought it might. He and Willem Dafoe had a severe altercation during the making of Platoon and this led to Quinn being labelled a ‘trouble-maker’, probably unfairly, and his job offers became limited as a result. An avid bicycle rider (among other sports), he was reputed to cycle 300 miles a week! This highly promising actor never reached his full potential. In August 2011 he suddenly collapsed while jogging and died, presumably from a heart complaint, at the age of 48. 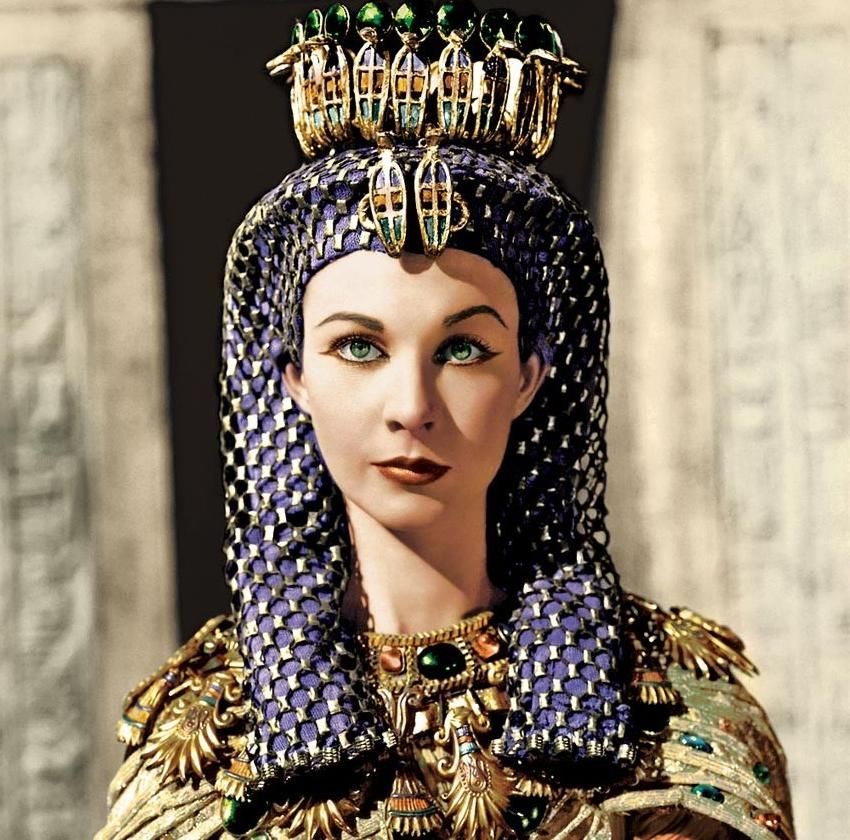 Vivien Leigh was pregnant with Sir Laurence Olivier’s child when she made Caesar and Cleopatra (1945). One very energetic scene required her to slide across the floor and then run up a set of stairs. In the process she slipped and suffered a miscarriage that triggered a mental breakdown. Production was delayed for five weeks because of her accident. Further delays were caused by several Luftwaffe air-raids on London where the picture was being shot. It was the most expensive British production to that time, costing an astronomical (for 1945) five million dollars. And it bombed at the box-office. 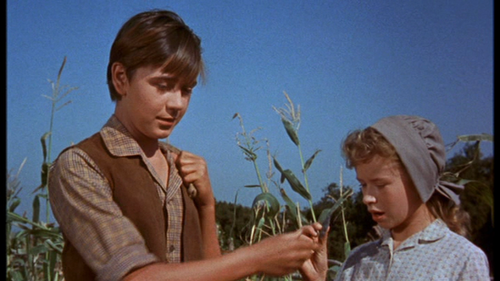 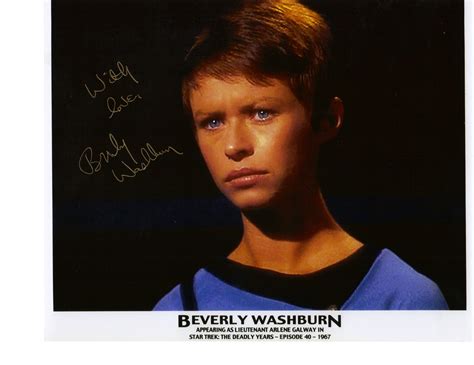 Beverly Washburn played Elizabeth in Old Yeller (1957) when she was 13 years old. In the picture she has a crush on Tommy Kirk’s character (Travis) and in a 2002 interview she recalled how Tommy was also her first off-screen boyfriend as well. ‘He came around to my home, we went to the movies and he was my boyfriend for about an hour and a half’, she said with a chuckle. In 1953, 10 year-old Beverly had a tiny role in Shane and remembered Brandon de Wilde who played the Starretts’ little boy Joey. ‘Brandon was a brat!’ she said. ‘So precocious. He didn’t like girls, and he would pull my pigtails and chase me around the set.’ Of the star of the picture, she had this to say. ‘Alan Ladd and I both went up the chair lift to the top of a mountain. I went down the lift by myself, but Ladd was too scared to come down! Finally, they sent a helicopter to rescue him; he was too chicken to go down. The cast and crew never let him hear the end of it!’ Eve Arden worked with Hedy Lamarr in Comrade X (1940) and Ziegfeld Girl (1941). ‘I had an Eve Arden bit in Comrade X, but Hedy Lamarr was completely frigid off and on camera’, she reminisced. ‘And then I was in for a few scenes in Ziegfeld Girl where I got to know Lana Turner a bit. But not Hedy Lamarr who was completely stand-offish. Lana was a complete realist; knew she was entirely a creation of the studio and she guessed [that] in time audiences would grow tired of her. She played cards with her makeup ladies between scenes and used rough sailor language. But there was no phoniness.’

The 1954 western Garden of Evil is about as exciting as watching molasses flow. It stars 53 year-old Gary Cooper who plays the eventual love interest of 36 year-old Susan Hayward. Coops looked too old, sounded too old and acted too old. Cameron Mitchell was continually referred to as ‘kid’, even though he was 35 at the time. The picture is supposedly set in 1849 in Mexico, yet Coops and his cronies are armed with Winchesters. The Apaches look more like Mohawks to me. All in all the picture is dull, rather silly and pointless. 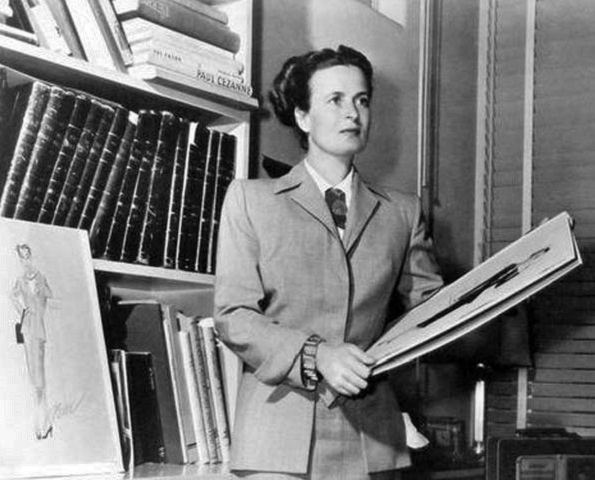 Irene Maud Lentz was born in Baker, Montana in 1901. As a teenager she found work as a Mack Sennett bathing beauty and appeared in a couple of his movies before marrying director F. Richard Jones in 1929. He died of TB a year later. In 1933 she designed dresses for Lili Damita in Goldie Gets Along and was soon MGM’s leading costume designer, known simply as ‘Irene’. She later told close friend Doris Day of her passionate affair with ‘the love of my life’, Gary Cooper. Irene was twice-nominated for Costume Design Oscars (without winning) during her almost 30 years at MGM. By 1962, however, her drinking had brought on a severe depression. On 15 November 1962, she took a room at the Knickerbocker Hotel in Los Angeles and slashed her wrists. When that attempt at suicide failed to do the job she leapt from the 14th floor to her death. She was 61.