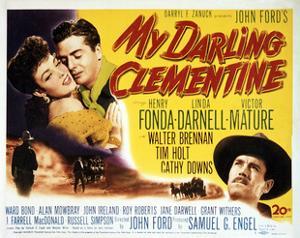 Most movies that purport to be ‘based on a true story’ invariably employ a certain degree of dramatic license; hardly surprising when we accept the inevitable difficulties encountered condensing a story that may have evolved over decades into 90-120 minutes of screen time. Such license is the nature of the beast. What I cannot abide, as a historian, is when simple historical facts are ignored or overlooked for no reason at all. The 1946 John Ford western My Darling Clementine, for instance, is one of the worst examples of this, yet critics appear to be almost unanimous in praising it as a genre ‘classic’. I cannot agree.

I forced myself to watch this movie again recently, partly because it is a John Ford creation; partly because I wanted to determine for myself why so many knowledgeable people still extol its virtues. I can forgive Ford (my favourite director) many things, but not this rubbish. In fact, I wonder if much thought went into it at all. The opening credits mention that the picture is based on the book Wyatt Earp: Frontier Marshal by Stuart N. Lake, but everything is so far removed from the truth that we are left to wonder – did Wyatt lie to Lake?; did Lake change his words?; or did the screenwriters simply acknowledge some of the personages involved, then write their own version of events? You be the judge. 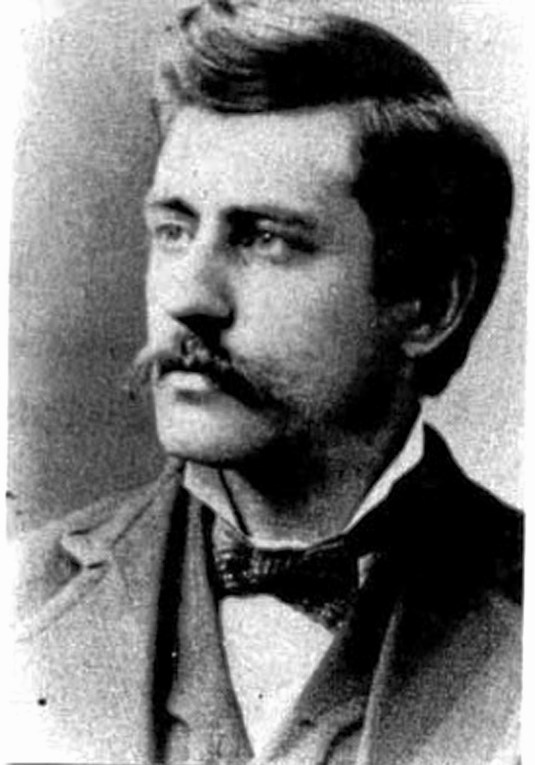 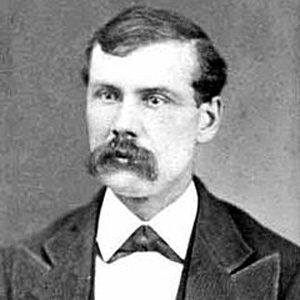 The first problems come in the opening scenes when we see Wyatt Earp and three of his brothers, Morgan, Virgil and James, driving a herd of 10,000 cattle through Arizona, on their way to sell them in California. I know nothing about herding cattle, but surely a herd of that size is a job for a lot more than just four men? And history tells us that the Earp family specialised in law enforcement, not cattle-breeding. They were nearly all peace officers, the exception being James who was a saloon-keeper.

Local cattleman and rustler Newman ‘Old Man’ Clanton suddenly appears on the scene with his eldest son Ike, both giving the impression that they would be hard-pressed to afford lunch, yet they immediately offer Wyatt ‘5 silver dollars a head’ for the herd. Fifty thousand dollars in silver in 1882 was the equivalent of well over a million dollars today.  Wyatt knocks them back. Uh-huh. That evening Wyatt, Morgan and Virgil head into Tombstone, ‘for a shave and a beer’, and leave eighteen year-old James to watch the herd alone, all 10,000 of them! On their return they find him shot in the back and the entire herd rustled. One wonders just how far the rustlers could move 10,000 steers in the dark and during a thunderstorm, but the Earps do not even attempt to track them. Instead, they head back to town and Wyatt signs on as Marshall of Tombstone.

As for James Earp, we see Wyatt kneeling over his grave, the marker reading 1864-1882. ‘Just eighteen’, says Wyatt. In reality, James was born in 1841, was the oldest of the brothers, and lived until 1926! He was never in Tombstone before or after the gunfight at the OK Corral. And the famous fight took place on October 26, 1881. Even his phony death date on the marker is wrong! 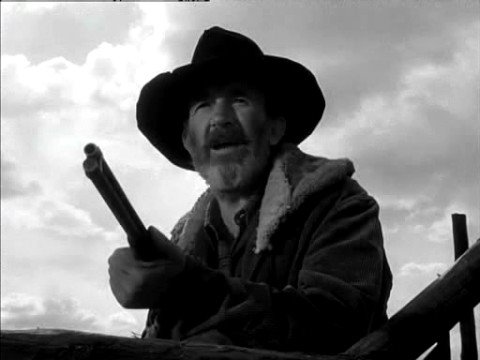 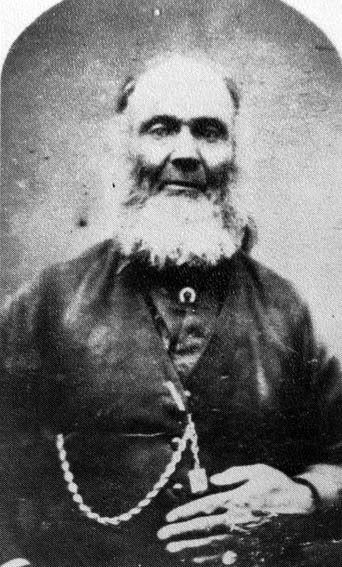 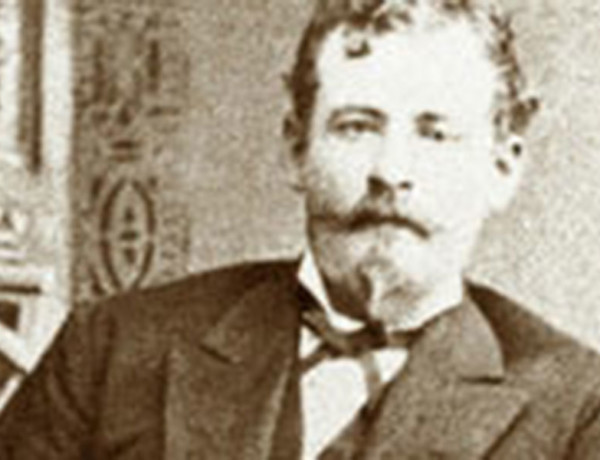 Old Man Clanton had five sons, Ike, Phin, John, Peter and Billy. Peter died at birth. In My Darling Clementine the old man is played by Walter Brennan and is the main protagonist. Late in the film, at the OK Corral, he admits killing James (and Virgil) himself. This is so far from the truth to be all but invisible. Newman Clanton died in August 1881, two months before the gunfight, and it was Ike who truly loathed the Earps and instigated all the trouble.

Enter John ‘Doc’ Holliday, gambler, gunfighter – and dentist. Wyatt first met him at Fort Griffin, Texas in 1877, then again while Wyatt was marshalling in Dodge City, Kansas. They did not first meet in Tombstone in 1881. Legend has it that Holliday saved Wyatt’s life in Dodge and the two became firm friends thereafter. Doc met ‘Big Nose’ Kate Horony in Fort Griffin and she became his only known lover. In My Darling Clementine his girlfriend is called Chihuahua and is played by the stunning Linda Darnell. The real Kate was a Hungarian-born prostitute and quite a force to be reckoned with in her own right.

In the movie Chihuahua is shot from ambush by Billy Clanton. Wyatt wings him as he rides off, then orders Virgil to follow Billy back to the Clanton ranch. Bad idea. Virgil finds Billy stretched out in the family parlour, as dead as Julius Caesar, and is shot in the back by Old Man Clanton as he exits the room. None of this happened in real life, of course. Billy did not shoot Doc’s girlfriend and he would not die until the OK Corral fight. Virgil participated in the famous gunfight, survived it and lived until 1905.

One of the most ludicrous moments in this picture occurs when ‘Doc’ operates on Chihuahua in an attempt to save her life. It does not seem to have occurred to the writers that the guy was a dentist, not a doctor and certainly not a surgeon! Chihuahua does not survive. Little wonder. As for Doc’s real life mistress, Big Nose Kate, she lived until 1940! As everyone knows, Holliday was consumptive and forever coughing up blood and pieces of lung tissue, so would he really use a white handkerchief to advertise the fact? I don’t think so. Doc would die in Colorado in 1887, in his bed, aged 36. He was not killed in the gunfight as depicted in this most annoying movie.

The gunfight at the OK Corral has been well-documented as lasting about 30-45 seconds, at the end of which three cowboys were dead (Frank & Tom McLaury and Billy Clanton). Billy Clairborne and Ike Clanton ran from the fight before it began. Wyatt, Morgan, Virgil and Doc Holliday had confronted them. Morgan and Virgil were wounded, Doc was grazed by a bullet and Wyatt was unhurt. Ike Clanton would be shot dead in Mexico a few years later.

The movie fight was nothing like that at all. Old Man Clanton, Ike, Phin and Sam were holed up in the corral with Winchester rifles! Down the street came Wyatt, Morgan and Doc (Virgil being already dead, his body dumped from a horse in the street). Once shooting commenced, the most laughable moment of the entire film arrives. The Tombstone stagecoach roars down the dirt street, sending up a cloud of dust between Wyatt and Ike as they shape up for a showdown! Wyatt shoots him dead through the swirl, one of the others is shot dead as well and then Doc is gunned down. When the firing ends, Old Man Clanton calls out for survivors, ‘Boys, Phin, Ike, Sam, Billy…’ Billy? Obviously, the writers have forgotten that they killed Billy off at the ranch. Oh well, mistakes can happen. Clanton then throws up his hands. He has already confessed to personally murdering both James and Virgil, so what does Wyatt do? He tells him to get on his horse and ride out of town! Off he trots, but cannot resist taking one more crack at Wyatt. Morgan kills him.

It should be stated that John Ford knew Wyatt in his youth and claimed that the way he filmed the gunfight was the way Earp described it to him personally, – ‘With a few exceptions’, he quickly added. Eye-witnesses saw it vastly differently. By the way, Tombstone, Arizona is not located in Monument Valley, but that is where Ford liked to film his westerns. Cathy Downs, a contract player, was given the title role of Clementine, but it was a miniscule part that did nothing for her career.