Argument has always surrounded John Travolta’s sexuality. William Franks was a former chairman of the board in the Church of Scientology. He recalled how Travolta desperately wanted to get out of the church but was afraid that, should he attempt to do so, details of his sex life would be made public. Franks had this to say about the situation. ‘He felt pretty intimidated about this getting out and told me so. There were no outright threats made, but it was implicit. If you leave, they immediately start digging up everything.’ Two weeks after a male porn star was paid $100,000 by a tabloid for details of an alleged two-year affair with Travolta, the beleaguered actor suddenly announced his intention to wed actress (and fellow Scientologist) Kelly Preston. In 2006, the National Enquirer reinvigorated discussion when it published a snapshot of him kissing his son’s male nanny on the lips while standing on the steps of his private plane. The 1949 British comedy Whiskey Galore was titled Tight Little Island in the USA, because American censors would not permit the use of the name of an alcoholic drink in any title! The story is based on an actual incident. In 1941, the SS Politician ran aground on the Hebridean island of Eriskay and when the local Scottish residents raided the wreck they found no fewer than 250,000 bottles of whiskey! The vessel was also carrying 290,000 ten shilling notes, the equivalent of several million pounds at today’s prices. Very little of the cash has ever been recovered, but whiskey bottles are still being unearthed along the beach and in the water, each won fetching in the vicinity of a thousand pounds at auction. 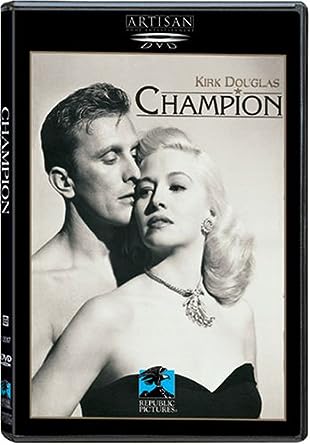 Kirk Douglas was slated for the John Wayne role in Sands of Iwo Jima (1949), but pulled out to make Champion, the picture that made him a star and saw him Oscar-nominated for Best Actor. Bob Hope’s regular ‘squeeze’ Marilyn Maxwell was one of his co-stars and she and Kirk were lovers for a while. Columnist Hedda Hopper told him after Champion: ‘Now that you’re a big hit, you’ve become a real son of a bitch’, to which Douglas replied, ‘You’re wrong. I was always a son of a bitch. You just never noticed before.’ In December 2017, he became a great-grandfather for the first time at the age of 101! 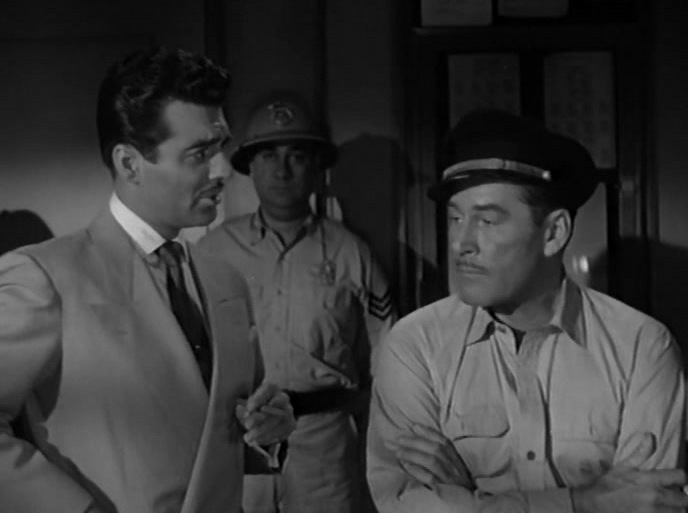 In 1952 Errol Flynn starred with Ruth Roman in a minor feature titled Mara Maru, filmed at Warner Bros Burbank Studio. Co-star Paul Picerni noticed that, day after day for several weeks, Errol would arrive on the set dressed in a wind-breaker, slacks and shoes, but minus his shirt, underwear and socks. And each day the wardrobe department would provide him with a shirt, underwear and socks to wear home. Picerni asked him what he did with all those items of clothing. ‘Nothing’, Errol replied. ‘I just throw them into a closet. It just gives me pleasure to steal from Jack Warner.’ The life-long animosity between Flynn and Warner has been well documented. 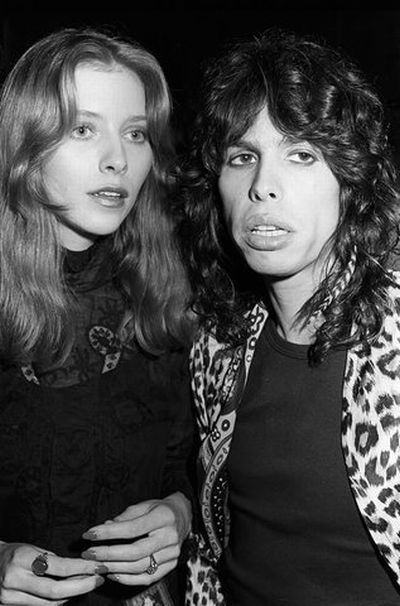 The beautiful Liv Tyler is the daughter of Aerosmith lead singer Steven Tyler and model/singer Bebe Buell. Until she turned eleven Liv believed that rock singer Todd Rundgren was her real father. However, when she questioned her mother about the uncanny physical resemblance Liv had to Tyler’s other daughter, Mia, her mother came clean and admitted that the Aerosmith front man was indeed her real father. She quickly changed her surname from Rundgren to Tyler. Bebe was a top model in the 70s who gained a reputation for bedding rock stars, lots of rock stars, among them Mick Jagger, David Bowie, Iggy Pop, Jimmy Page, Rod Stewart, Elvis Costello, Stiv Bators of the Dead Boys and, of course Tyler and Rundgren. In 1992 she married and later divorced the much younger musician Coyote Shivers. Martha Vickers was a lovely, auburn-haired beauty who earned celebrity status as a ‘bad girl’ playing Lauren Bacall’s wild, sex-pot sister Carmen in The Big Sleep (1946). Her post-WW2 romance with Jimmy Stewart was short-lived, but her marriage to Mickey Rooney in 1949 appeared to be a good career move. Unfortunately for her, Mickey’s career was on the slide and his drinking had become a problem. The marriage did not survive its third year. As Martha’s looks faded so did her screen opportunities. All but forgotten, she died from cancer in 1971. She was only 46.

Duel in the Jungle (1954), a drama starring Dana Andrews and Jeanne Crain, was shot in various African locations. Tragically, it would cost its assistant director his life. Tony Kelly was shooting second-unit footage along the Zambesi River in Rhodesia when the crew’s boat overturned. His two companions swam to safety but Kelly, who was a much stronger swimmer, tried to save the cameras and disappeared from view. It was thought that crocodiles may have taken him, but that was never verified because his body was never found. 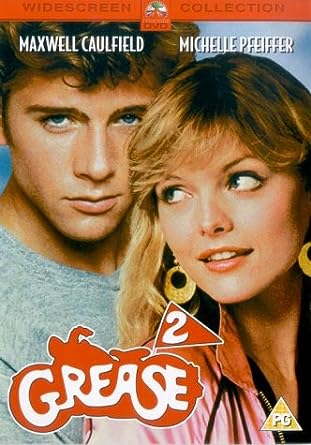 The two leads in the abomination known as Grease 2 (1982), Michelle Pfeiffer and British star Maxwell Caulfield, had no time for each other during the shoot. He said that they ‘got along infamously’. Michelle described him as ‘self-adoring’. Her career did not suffer from starring in this monumental flop, but Caulfield’s did. ‘Before Grease 2 came out’, he said, ‘I was being hailed as the next Richard Gere or John Travolta. However, when Grease 2 flopped, nobody would touch me. It felt like a bucket of cold water had been thrown in my face. It took me ten years to get over Grease 2.’ Some might argue that it took cinema-goers even longer. 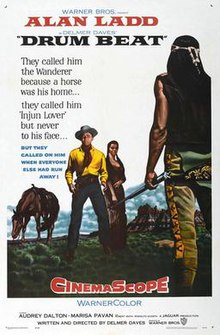 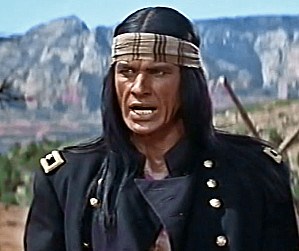 Drum Beat (1954) was the first movie to feature Charles Bronson under his new name. Until then he had acted as Charles Buchinsky. He plays the real-life Modoc renegade chieftain Kintpuash aka Captain Jack and does a fine job. The 1873 Modoc War saw the only US Army general, Edward Canby, killed in warfare against American Indians. Three years later Custer would die at Little Big Horn, but he was only Lieutenant-Colonel Custer by then. Captain Jack and three of his warriors were hanged for Canby’s murder. 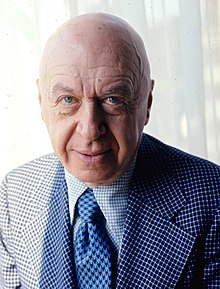 Otto Preminger directed Robert Mitchum and Jean Simmons in Angel Face (1952). When he ordered numerous re-takes of Mitchum slapping Jean’s face, Bob lost his patience and his temper, turned to Preminger and slapped his face hard! ‘Is that the way you wanted me to do it?’, he asked the astonished director. A furious Preminger immediately demanded of producer Howard Hughes that Mitchum be replaced. Hughes refused.