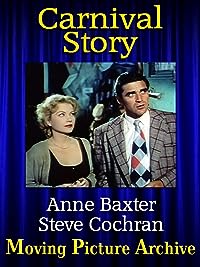 The two leads in Carnival Story (1954), Steve Cochran and Anne Baxter, did not enjoy each other’s company during the shoot. ‘One minute I was Mother Cabrini, helping him with his complicated love life’, Anne said later, ‘the next kicking him out of my tiny penthouse for attempted rape. He was a handsome, talented, undisciplined bastard.’ Years later, when nobody would hire him anymore, Cochran went sailing with an all-girl crew in the Gulf of Mexico and succumbed to a heart attack. The Coast Guard found two sixteen year-old Mexican girls, cowering in the cabin, wishing to avoid his three day-old corpse. 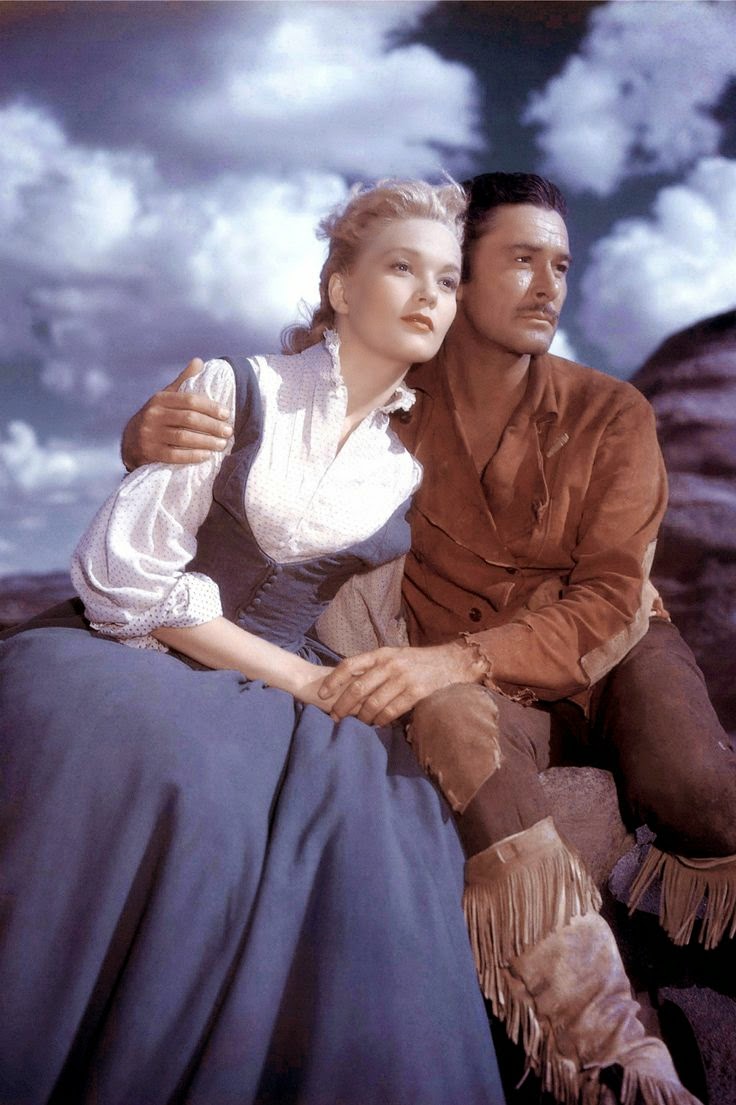 Errol & Patrice on the set

When 23 year-old Patrice Wymore was cast opposite the rapidly aging Errol Flynn in Rocky Mountain (1950), director William Keighley and his wife were greatly concerned that she might be seduced by the notorious womanizing Flynn, so they arranged to have them assigned rooms at opposite ends of the location hotel, with Mr. & Mrs. Keighley billeted in the middle. It must not have worked because, later that year, Patrice became Flynn’s third and final wife. 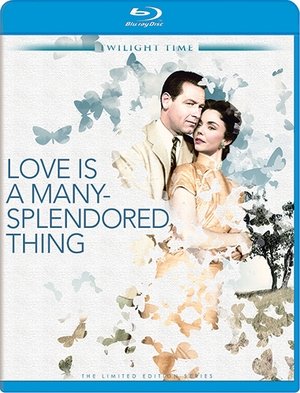 It might interest the many romantics who enjoyed 1955’s Love is a Many Splendored Thing that the two lovers were played by two stars who utterly detested one another. Jennifer Jones deliberately chewed garlic before her love scenes with William Holden and was forever complaining about him to her husband, producer David O Selznick. Fed up with the unhappy atmosphere on set, Holden tried a new approach and presented Jennifer with a bouquet of white roses. She hurled them in his face! 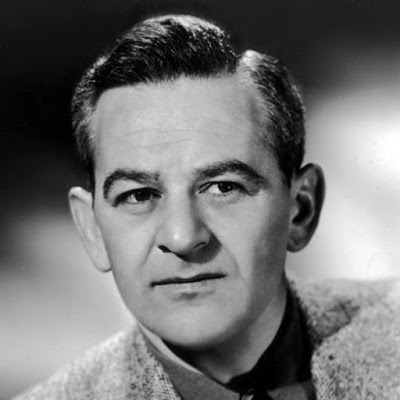 The Big Country (1958) is a fine film. A little long, perhaps, but it is well scripted, well-acted and the characters are hewn effectively and believably. Burl Ives, in particular, is excellent and a worthy winner of the Best Supporting Actor Academy Award. President Dwight Eisenhower had the picture screened four times in a row at the White House and declared it as, ‘Simply the best film ever made. My number one favourite film.’ ‘The best film ever made’ is carrying it a bit far, but the picture did see director William Wyler and star Gregory Peck in tandem for the first time since Roman Holiday (1953), although the two men quarrelled bitterly throughout the shoot. Wyler vowed he would never again make a movie with Peck. And he never did. 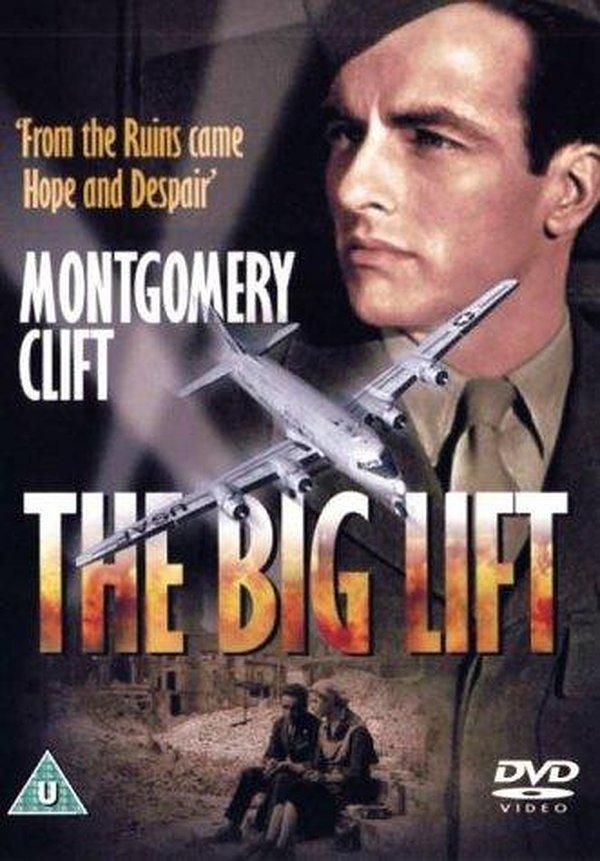 The Big Lift (1950) was Montgomery Clift’s fourth movie and already he had acquired a reputation for being ‘difficult’. Paul Douglas arrived on location in Berlin having been told by John Wayne to ‘watch out for him’. ‘This kid is a little shit’, said Wayne who had worked with him on Red River in 1948. When Douglas realized that Clift was hogging his camera space, he reacted by stamping on the younger actor’s foot and issuing a warning. ‘Do that again and I’ll break your fucking foot!’ They did not speak to each other again for the remainder of filming. 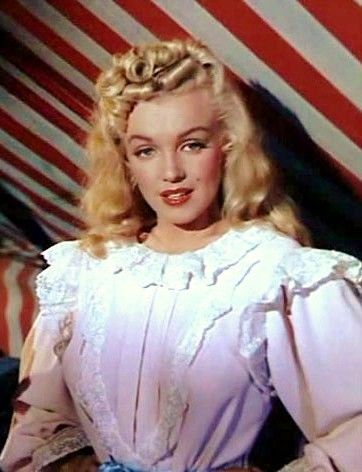 a young Marilyn in the film

Cast and crew of the 1950 feature A Ticket to Tomahawk could not help but notice that one of the bit players, the then unknown Marilyn Monroe, came into the location diner with a different crew member every night. She was always braless and wearing the same pink, V-necked angora sweater. The general consensus was that she slept in it. Other than her couple of scenes, no-one else saw hide nor hair of her except at the diner.

Joan Crawford desperately wanted the role of Karen Holmes in From Here to Eternity (1953). In fact, she all but had the part sewn up until word reached Harry Cohn at Columbia that she was determined to choose her own wardrobe for the picture regardless of whether or not it suited the period. He dropped her at once and was talked into casting Deborah Kerr completely against type as the faithless wife. Crawford was furious. ‘That’s great for that stuck-up British bitch’, she fumed to close friend William Haines when she heard the news. ‘It’s about time somebody got to fuck her!’ Like most everyone else, Joan mistakenly assumed that Deborah was a prudish, strait-laced woman both on and off screen. 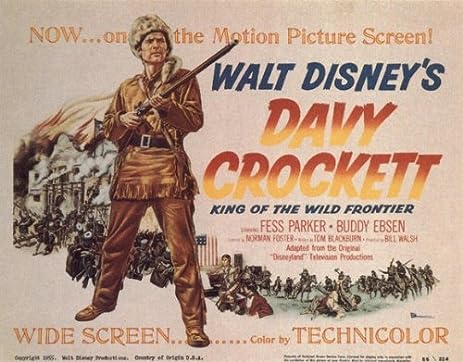 The 1955 Disney feature Davy Crockett, King of the Wild Frontier was a smash hit despite having been previously aired on American television in a three-part piece on ‘Disneyland’. Until the word got around, movie-goers had no idea they were about to pay to see something they had already seen on TV for free. Of course, on TV it had been shown in black and white, while on the movie screen it was in color. Incidentally, Buddy Ebsen (who played Georgie Russell) was all set to play Davy until Walt Disney spotted Fess Parker in a small role in a 1954 sci-fi film titled Them!

Two years after playing an Indian chieftain in Winchester ’73 (1950), Rock Hudson portrayed a gambler named Trey Wilson in another successful Stewart western, Bend of the River. Rock declared later that he knew he was going to be a star when he heard the cinema audience at the premiere applaud and cheer whenever he (not Stewart) appeared on the screen. 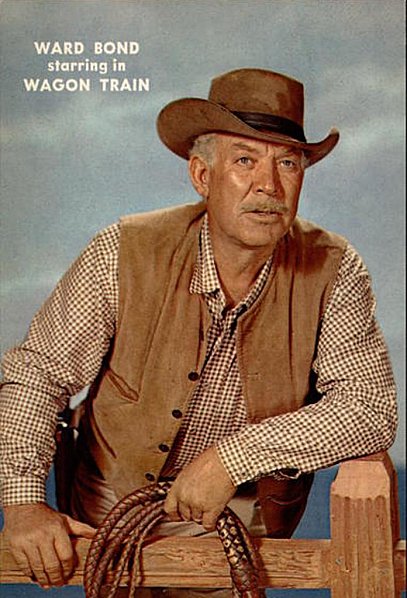 Ward Bond portrayed wagon master Major Seth Adams in 134 episodes of the hit TV series Wagon Train, from 1957 until his death in 1961. He was a heavy drinker whose day began at dawn with a coffee royale, made of coffee and whiskey.  He followed that with either a Bloody Mary or a Screwdriver, drinks he referred to as his ‘daily vitamins’. At lunch he partook of both red and white wine, followed by a post-mid-day meal consisting of an ice cold six-pack of beer. At 5 pm he would usually declare, ‘God-dammit, the sun’s going down, it’s time to have a real drink.’ And that meant the hard stuff – usually rye whiskey or cheap bourbon. Or both. That took care of the day-time. The evening was set aside for some serious drinking. A massive heart attack claimed him at 57.