Director Charles Laughton thought Robert Mitchum was one of the finest actors in the world and he also respected him as a person. He wrote in Esquire about the American who starred in his masterpiece The Night of the Hunter in 1955: ‘All this tough talk is a blind, you know. He’s a literate, gracious, kind man, with wonderful manners, and he speaks beautifully – when he wants to. He’s a tender man and a very great gentleman. You know, he’s really terribly shy.’ If we can believe producer Paul Gregory, however: ‘Mitchum…was on drugs, drunk and what have you, and there were times when Charles couldn’t get him in front of the camera. He put us through a lot of hell on that. He was a charmer. An evil son of a bitch with a lot of charm. He was often in a state, and you never knew what he would do next.’ On the first day of the shoot Mitchum arrived drunk and took umbrage at Gregory chastising him. So he walked across to the producer’s Cadillac, opened the door and urinated on the front seat! So, there we have two conflicting opinions of Robert Mitchum. Whom do we believe? 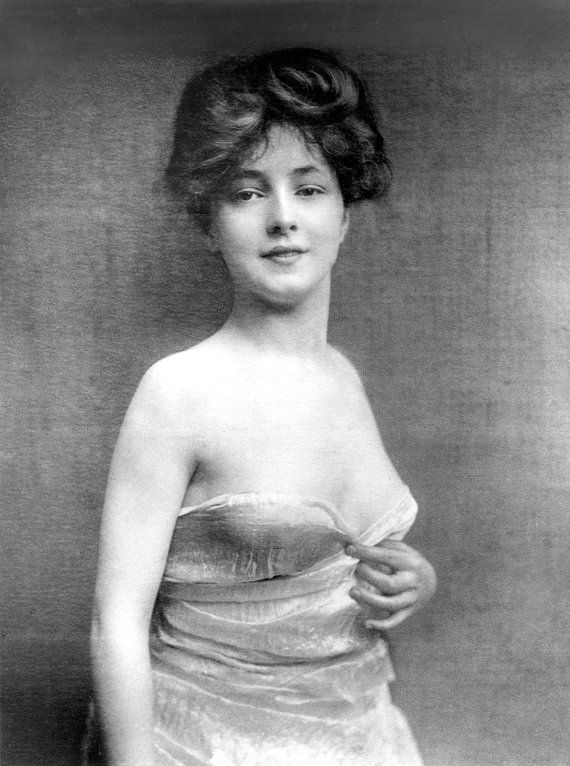 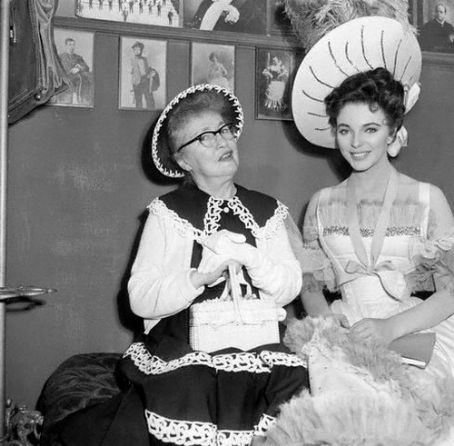 The Girl in the Red Velvet Swing (1955) was always going to be a rather tame affair because the censors were never going to allow any real re-creation of Evelyn Nesbit’s antics on the red velvet swing. In real life, you see, Miss Nesbit caused quite a stir as she swung over the heads of her late night, drunken male audiences on a swing that had a clear glass seat upon which she sat naked from the waist down! The real Evelyn turned up on the set of the 1955 film and offered her services as a consultant. She was hired for $10,000! Cast and crew said her looks were long gone and she reeked of gin. Sean Connery made Another Time, Another Place with Lana Turner in London in 1957 and had an altercation with her gangster boyfriend, Johnny Stompanato, who had followed her and then unexpectedly shown up on the set. There were heated words exchanged, Stompanato head-butted Connery and, according to witnesses, Sean laid him out with a single punch. Connery was actually in Los Angeles six months later when Stompanato was stabbed to death, allegedly by Lana’s 14 year-old daughter Cheryl Crane. The dead gangster’s boss, Mickey Cohen, and his family were convinced it was Lana who had killed him. They also thought (correctly) that Connery and Lana had been intimate in London. Cohen rang the Scottish actor and tersely told him: ‘Get your ass out of town.’ He did. The 1951 British film Bikini Baby was initially titled Lady Godiva Rides Again and saw the debut of Joan Collins who was just 18 years old. She played an uncredited beauty pageant contestant. Another actress debuting as a contestant was 20 year-old Anne Heywood (billed as Violet Pretty), but the most historically interesting contestant (also uncredited) was a young lady named Ruth Ellis. This was her only screen appearance. Four years later, the 28 year-old became the last woman to be hanged in Britain! When her lover, a man named David Blakely, punched her in the stomach, causing her to lose his baby and then openly flaunted his new girlfriend in front of her, Ruth saw red. She shot him to death in the street before quietly handing over the gun to a policeman. Ruth was found guilty of murder and sentenced to death by Justice Havers, (the father of Chariots of Fire actor Nigel Havers). He then wrote to the Home Secretary, recommending a reprieve, as he clearly regarded the shooting as a ‘crime of passion’. His plea fell on deaf ears, however, and Ruth was duly executed on 13 July 1955. 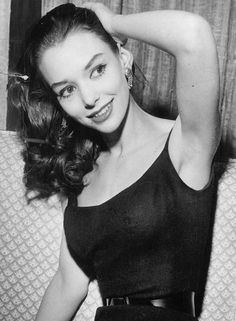 When Richard Burton and Claire Bloom made Look Back in Anger (1958) they resumed the affair they had begun back in 1949 when Burton claims he took her virginity. Partway through filming, Claire accidentally walked in on him and visiting American actress Susan Strasberg having sex in his dressing-room. An infuriated Claire ended their relationship at once. Some of the cast and crew seriously pondered complaining to the producer about the volume of passionate grunts and groans emanating from Burton’s quarters as he and Miss Strasberg indulged themselves.

The action that won Audie Murphy the Medal of Honour in real life was fought during the Holtzwihr Standoff in France, in the middle of winter, in cold, muddy, rainy and snowy conditions. However, in the movie To Hell and Back (1955), he is shown standing atop a blazing Sherman tank (it was actually an M10 Wolverine tank destroyer, not a Sherman), on a bright and sunny day. Filming would have been too difficult (and expensive) in winter. At the time that the Army reluctantly accepted Murphy as a recruit, he was 5’5” tall and weighed just 8 stone (112lbs). They thought he might be useful, but only as a cook. He had already been rejected by both the Marine Corps and US Airborne.

Olivier & MM in The Prince and the Showgirl

Sir Laurence Olivier spoke to Marilyn Monroe’s driver at the time she was in London making The Prince and the Showgirl (1957); the man informing him that Marilyn would sob all the way home after every day’s shooting. Olivier knew she was unhappy most of the time, but was not sure why until they travelled together to America to promote the film. At the airport in the USA she was suddenly surrounded by a phalanx of photographers and reporters and was instantly transformed. She bubbled, she laughed, she showed off and she flirted. Olivier realized that she was first and foremost a model, only comfortable in that situation. She had not the slightest confidence in front of a movie camera and was quite miserable with fear.

Right at the very end of The Quiet Man (1952), director John Ford told Maureen O’Hara to whisper words in John Wayne’s ear, something Wayne had no idea she was going to say. Ford wanted a natural, shocked reaction from him and he got it. All three people are now dead and they all passed away without revealing to anyone what she whispered.