In 2012 a restored print of the very first Oscar-winning feature Wings was released on DVD. It is quite a beautiful print, (although overlong at 144 minutes), and well worth taking two and a half hours out of one’s life to watch it. It is, of course, a silent picture, shot just before The Jazz Singer turned the industry on its head by having actors speak for the first time. Wings was the only silent picture to be named Best Picture (called ‘Best Production’ then), until The Artist (2011) inexplicably won in 2012. As a matter of fact, Wings was considered lost for decades until a copy was discovered in the Cinematheque Francaise film archive in Paris. It originally debuted as a road show film (which means it was shown on a city by city basis) in August 1927. It was not registered for copyright until January 1929 and, consequently, not eligible to win the Oscar until 1929. 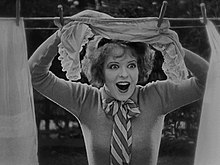 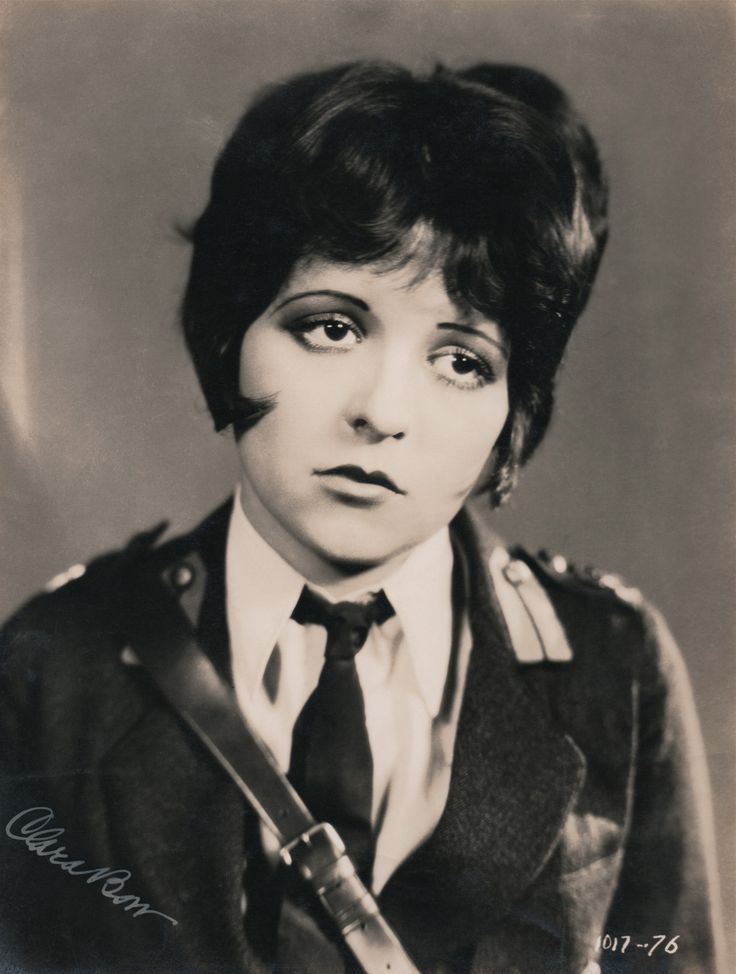 Clara as Mary Preston in Wings

Wings starred Clara Bow as Mary Preston, Charles ‘Buddy’ Rogers as Jack Powell, Richard Arlen as David Armstrong and Jobyna Ralston as Sylvia Lewis. The comedy relief, such as it was, was provided by El Brendel, a German-Irish-American known as ‘The Synthetic Swede’, a persona he developed due to anti-German sentiment in the USA following the sinking of the Lusitania in 1915. Twenty-six year old Gary Cooper had a brief but showy role as Cadet White in the picture, his 29th screen appearance, not his screen debut as some publications claimed. His two-minute cameo, however, turned him into a star. 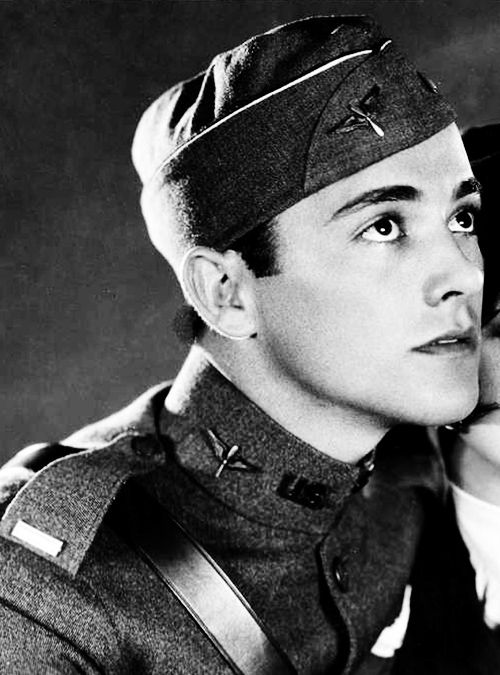 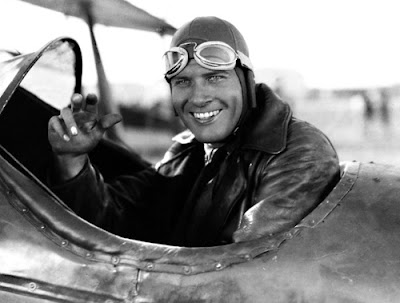 It is most interesting to watch and appreciate Clara Bow in action in Wings, especially given the quality of the restored print. Her appeal is self-evident and it is little wonder she was so popular at the time. She comes across as a vivacious, cute and cheerful actress who knew how to use her eyes to great effect. Coops and Clara made three movies together in 1927 – this one, Children of Divorce and It! Their affair is believed to have been conducted over the course of these three features. Charles ‘Buddy’ Rogers was known as ‘America’s Boyfriend’ and had the lead role in Wings. Clara was merely the drawcard and she knew it. Rogers was paid the princely sum of $75 a week for the duration of the shoot. In 1937 he married the legendary Mary Pickford. Clark Gable told Mary that the marriage would not last six months because Buddy was eleven years her junior. He was certainly proven wrong, for the union only ended with her death 42 years later in 1979!

Arlen was a Canadian and a WW1 pilot (although he never saw any action). In the early twenties he was a motorcycle messenger in Tinsel Town before crashing his bike into the gates at Paramount and breaking his leg. The studio paid his medical bills, liked the look of him and signed him to an acting contract. He met Jobyna Ralston on the set of Wings and married her in January 1927. They remained husband and wife for 18 years and had a child.

It appears that no expense was spared making Wings. The closing ‘big push’ battle scenes employed thousands of extras and was shot in one continuous five-minute take. The aerial scenes were cleverly and realistically filmed even though both flying and aerial photography were in their infancy. Interestingly, although the film is in black and white, someone decided to insert orange flames into each aircraft that was shot down in the dogfights. Orange flames were also shown spurting from machine guns both on the ground and in the dogfighting. Presumably, this was done for the 2012 restored print. It looked contrived. Even worse, however, were the CGI bubbles inserted in a ridiculously overlong sequence in which Buddy is hopelessly drunk and imagines seeing them everywhere. Bad idea. One expected to see Mickey Mouse or Donald Duck pop up at any moment.

The script tended to wallow every now and then in the romanticized notion of warfare that prevailed even into the 1920s. When David’s guns jam whilst he is dueling with German ace Captain Kellerman (a thinly disguised Red Baron), the Hun pilot allows him to escape unscathed. ‘There was chivalry from those knights of the air’, dribbled the captions. Minutes later David crash-lands in no-man’s land and another German fighter attempts to machine-gun him several times as he cowers in a shell-hole. So much for chivalrous knights of the air. One day, someone must explain this moronic notion that aerial combat was ‘chivalrous’, because, frankly, I don’t get it. The whole aim of dogfighting has always been to climb above one’s foe, hide in the sun, and then swoop down and bush-whack him, which meant shooting the poor unsuspecting slob in the back. That is about as un-chivalrous as it gets! Be that as it may, the British rush out and rescue our hero and escort him back to their trench. ‘Welcome to our merry little war’, says the CO with a cheerful grin. Uh-huh. A forward trench on the Western Front has been described as many things by a great many people, but I am yet to hear or read of anyone portraying the conflict as ‘a merry little war’. And from what I have read about the slaughter-houses that were the World War One battlefields, there was not a lot of cheerful smiling going on there either.

cinematic history being made as Buddy Rogers kisses Richard Arlen

There were other moments that did not quite gel either. When the French general at the medal presentation ceremony delivers the traditional kiss on each cheek of the recipients, he possibly departs from the script and gives all four fliers a kiss on both sides of the neck. And they were lingering kisses too. Then he saluted them with his left hand. Oops! Come to think of it, when one of our heroes holds his dying pal in his arms he continually runs his fingers through the guy’s hair in an overly affectionate manner. Or were guys just more openly affectionate towards one another in those days? When the two men kiss in that same scene, cinema history is made – two men kissing on-screen for the first time in an American movie.

Director William Wellman was himself a fighter pilot in the Great War, having shot down three German aircraft and claimed five more. As director he knew full well how vital it was to have clouds in his aerial sequences. Aircraft flying about in a clear blue sky gave no sense of speed and simply looked like a swarm of flies buzzing around. Clouds in the background gave audiences a sense of speed and direction. It has since been said that it was Howard Hughes who first realized this, but most historians credit the observation to Wellman. Incidentally, he was not nominated for Best Director. He is also in the movie. In one of the latter scenes he plays a doughboy who gets shot and manages to exclaim, ‘Atta boy! Them buzzards are some good after all.’ And that is his wife and daughter playing the peasant woman and child in the final scene when the plane crashes into a house. Wings was also the first feature to employ the legendary Edith Head as costume designer.