Director John Ford was convinced that no actor could effectively fake the pain experienced in a flogging, so the star of The Hurricane (1937), Jon Hall, volunteered to be whipped for real and was horse-whipped until his back bled! The censors, however, took one look at the footage and declared it to be too realistic and the entire sequence was cut from the film! Hall had made several features prior to this one, but all of them under his real name, Charles Locher. However, the co-author of The Hurricane novel was his uncle James Hall, so the young actor changed his name to Jon Hall in order to capitalise on his relationship to the co-author.

Hall’s father was a former world skating champion turned actor; his mother a Tahitian princess. Unlike his father, Jon never liked being an actor. He thought it was a boring way to make a living and especially disliked being told what to do and say. But the money enabled him to pursue his varied interests away from the screen. Ben Chapman as the creature with Julia Adams

Another of Jon’s uncles was the 6’5”, athletic Ben Chapman. The name probably does not mean much to the average movie-goer, but Ben had a solitary claim to celluloid fame. He played the creature in the cult classic Creature from the Black Lagoon (1954). Well, to be precise, he played the finned creature when he was out of the water and walking around. The swimming creature was played by someone else. Jon was an athletic man also for most of his life, but he suffered dreadfully with bladder cancer in his final years, so much so that he took his own life with a firearm when he was 64.

One of the Ziegfeld girls bobbing about in the 1936 film The Great Ziegfeld is an uncredited youngster named Patricia Ryan. She only racked up four screen credits before, as she put it, she ‘sacrificed everything in my life that I consider precious in order to advance the political career of my husband.’ From 1969 until 1974 she would be First Lady of the United States while her husband, Richard Nixon, presided over the nation and made an almighty mess of it. 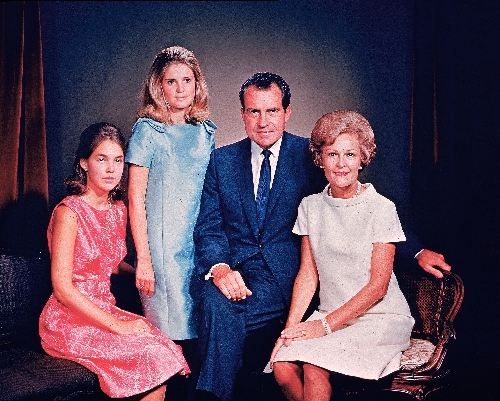 Although actress Billie Burke was not in the movie, she had a hand in writing the screenplay. From 1914 until his death in 1932, she was married to Flo Ziegfeld, the subject of the picture. Movie fans will remember her playing Glinda the Good Witch in 1939’s classic The Wizard of Oz. She never much cared for The Great Ziegfeld as a biographical account of the man’s life. And little wonder. She oversaw the script and managed to keep the screenwriters from besmirching her deceased husband’s memory by ensuring they overlooked his numerous infidelities. As a biopic it was far from factual and she knew it 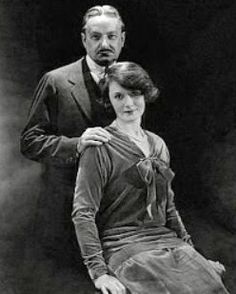 Myrna Loy portrayed Billie in the picture. She had second billing, yet does not appear until over two hours into the film. William Powell played Flo. Universal soon found it could not handle the costs involved in making The Great Ziegfeld, so MGM stepped in and paid $300,000 for the rights. Universal had initially purchased the rights from Billie. It cost MGM $2 million to make the film, a huge amount in 1936, but it raked in $40 million over the years. It also picked up the Best Picture Oscar that year. Henry Fonda & Claudette Colbert in Drums Along the Mohawk (1939)

Henry Fonda starred in the 1939 classic western Drums along the Mohawk, a story set in the Mohawk Valley in the late 18th century. Interestingly, his ancestors settled there in the mid-17th century. In fact, his 5th great, great, grandfather, a man named Douw Jellis Fonda, was too old to fight in the Revolutionary War, but had the misfortune to be killed and scalped in 1780 by an Indian fighting with the Tories. Henry’s 4th great grandfather Adam Fonda and his brother John were captured and held in Canada for two years.

The 1937 drama Marked Woman featured Bette Davis and Humphrey Bogart and was loosely based on the trial and tribulations of real-life mobster Charles ‘Lucky’ Luciano. Luciano had been informed on by some of the prostitutes who worked in his brothels, women who had tired of his beatings and mistreatment. A group of them courageously went to the police. Of course, they may have been threatened with prosecution and imprisonment themselves unless they co-operated, but we shall give them the benefit of the doubt. District Attorney Thomas E. Dewey was on a crusade to get Luciano and he eventually succeeded. He prosecuted the case and the mobster was ultimately imprisoned. 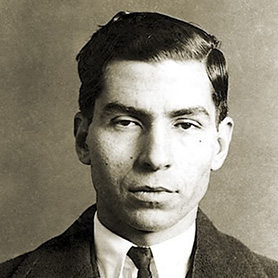 The girls who had spoken out against him were released from the House of Detention and escorted to Dewey’s offices in the Woolworth Building. Those who had testified against their former boss were paid amounts ranging from $150 to $175 each, approximately half what they had been making as hookers each week, as a matter of fact. Then, (just as they did in the film), they disappeared into the fog. Whether or not Luciano’s minions tracked them down has been long lost to history. Given the Mob’s track record regarding betrayal, one imagines it would not have been too difficult to find and punish them, if that indeed was Luciano’s orders.

Mayo Methot, playing Estelle Porter, one of the hookers, met her future husband Bogart on the set. They married as soon as his divorce from his second wife Mary Philips was finalised. The marriage was a ‘knock down – drag out’ affair that achieved legendary status as one of the most torrid unions in Hollywood history. It ended when Bogart encountered the love of his life, Lauren Bacall, when they co-starred in To Have and Have Not in 1944.

At the time of filming Libeled Lady (1936) there were two romances going on between the picture’s stars – according to the tabloids of the day, anyway. Spencer Tracy and Myrna Loy were said to be having an affair; William Powell and Jean Harlow were also an item and had been for some time. In truth, Tracy and Myrna had already split up and she had recently (June 1936) married producer Arthur Hornblow Junior. The four stars reportedly had a ball on and off the set; and clearly enjoyed one another’s company. Tracy pretended to be heartbroken over Myrna’s recent marriage and jokingly set up an ‘I Hate Arthur Hormblow’ table near the set for all the men the vivacious Myrna had ditched in her life. Did he and Myrna rekindle their romance during the making of Libeled Lady as the tabloids insinuated? I have no idea, but Myrna’s marriage to Arthur survived six years until 1942, so I rather think not. On a sadder note, within a year of this picture’s release, Harlow would be dead and entombed in Glendale’s Forest Lawn Cemetery – clad in the very gown she wore in this film.