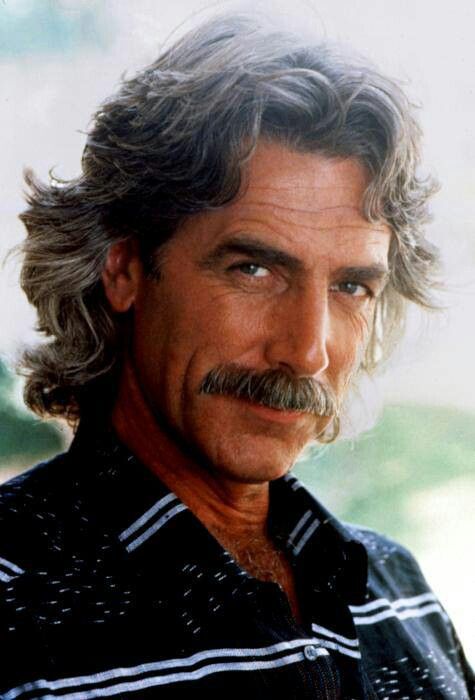 Sam made his (official) movie debut in the 1969 runaway success Butch Cassidy & the Sundance Kid. His future wife, Katharine Ross, also appeared in that film, but they never met on the set because their scenes were shot on different days. It would be another nine years before they would meet and fall in love while making The Legacy (1978). They wed in 1984 and are still together (2017). She is four years his senior and they have one child, a daughter (Cleo), who was born four months after the wedding. Sam has only ever married once, while he is Katharine’s fifth husband!

Specifically speaking, Sam’s first appearance in a movie happened when he was a college student. Two years before ‘Butch Cassidy’ he was an extra in the John Wayne western The Way West (1967). The picture was being shot near Sam’s home outside Portland, Oregon. The family had moved there from Sacramento when he was a teenager.

A product of Hollywood, California, Katharine made her movie debut in the James Stewart Civil War flick Shenandoah (1965). Two years later she picked up an Oscar nomination for her portrayal of Elaine in The Graduate. Oddly enough, she is just 8 years younger than Ann Bancroft who played her mother, Mrs. Robinson, in that picture.

Fans will probably remember Katharine as Etta Place in Butch Cassidy & the Sundance Kid (1969); more for her bouncing about on the handle-bars of Butch’s bicycle while BJ Thomas warbles Raindrops Keep Falling on My Head, than for any particularly memorable acting moments she contributed. Katharine’s career has been a strange one, in that its zenith was reached in the sixties over a period of just four years or so, then nothing much of note happened on-screen until she and her husband Sam Elliott joined forces in the fine Conagher in 1991. Her four marriages prior to her union with Sam totalled just 15 years between them. 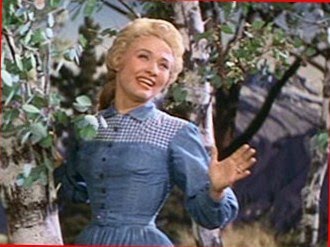 as Milly in Seven Brides for Seven Brothers (1954)

Jane hails from Portland, Oregon, a pretty, blonde coloratura soprano who graced a number of excellent MGM musicals, mostly in the fifties. A diminutive 5’1” (1.55m), she was highly personable and (to my mind) a far better singer than her regular opposition Kathryn Grayson. She was already a seasoned radio and theatre performer when MGM put the 15 year-old into Song of the Open Road in 1944. Her most enjoyable screen performance was undeniably as Milly in the timeless Seven Brides for Seven Brothers a decade later. She was also good in Two Weeks with Love in 1950. Surprisingly, she was incapable of playing a musical instrument; nor could she read music.

Jane has so far made the trip down the aisle five times, her lengthiest marriage being the last of these when she wed former child star Dickie Moore in 1988. Their harmonious union survived 27 years until Dickie’s demise in 2015. When husband number two, Patrick Nerney, gifted Jane with a pair of diamond ear-rings, her life-long fear of needles placed her in a dilemma. She overcame it by informing her doctor that he could only deliver her baby if he also pierced her ears whilst she was anaesthetised. He agreed and she exited the delivery room with one brand new baby and two freshly pierced ears! With the decline in the public’s interest in movie musicals towards the end of the fifties, Jane wisely left MGM, before they could fire her, and headed for the East Coast where she resuscitated her career, starring on the musical stage with Howard Keel. She would, of course, have preferred to stay in pictures but, as she openly conceded: ‘I didn’t quit movies. They quit me. I’m not very sentimental when it comes to the past’, she added philosophically. ‘I don’t live there and I feel for people who do because it’s never going to be the same as you remember it.’ She was born Mary Reynolds in El Paso, Texas during the Great Depression. MGM picked her up after she won the Miss Burbank beauty contest, at 16, when she impersonated Betty Hutton. Warner Brothers offered her a screen test the very next day but she wound up signing with MGM. Two years later she struck a chord with cinema audiences when she appeared in Three Little Words (1950) ‘singing’ ‘I Wanna Be Loved by You’. No-one seemed to care that her singing was dubbed by Helen Kane, especially after Debbie and Carleton Carpenter delivered a delightful rendition of ‘Abba Dabba Honeymoon’ in another 1950 outing, Two Weeks with Love. In 1952, despite being a non-dancer, Debbie landed the role of a lifetime, co-starring with Gene Kelly and Donald O’Connor in Singin’ in the Rain. Kelly gave her a crash course in dancing which, all credit to her, she survived and managed to turn into a terrific performance. It made her a star. 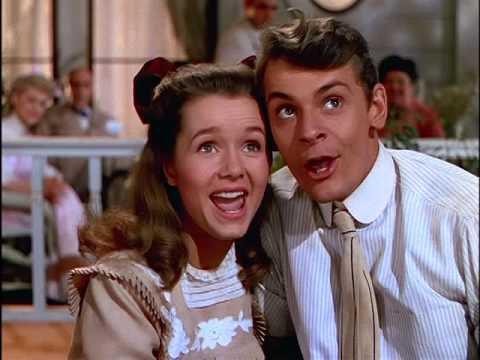 In 1957, she made Tammy and the Bachelor, the first of several ‘Tammy’ pictures. It was a hit, but her version of its theme song ‘Tammy’ was even bigger. Released on Coral Records in July 1957, it reached the top of every chart in the USA including Billboard where it sat at number one for five weeks. The record made it all the way to number 2 on the UK charts and was nominated for an Oscar in the ‘Best Original Song’ category. Debbie never made excuses for her love of performing. Like Bob Hope and several others, she was an ‘applause freak’. ‘I do 20 minutes every time the refrigerator door opens and the light comes on’, she readily confessed with a grin. 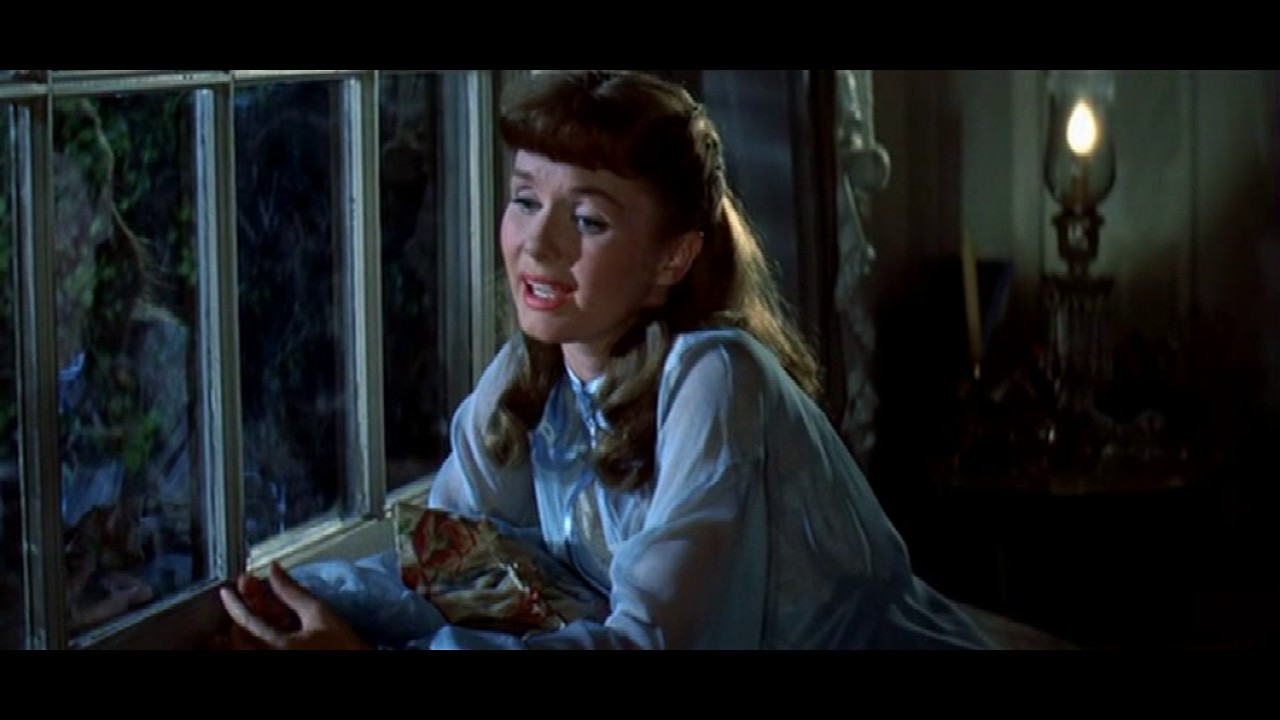 As for her private life, well, it went very public in 1958 when her friend Mike Todd died in a plane crash. Debbie’s husband, singer Eddie Fisher, offered to console Todd’s widow, Elizabeth Taylor, and before long was gallantly doing his consoling in her bed. To cut a long story short, Eddie divorced Debbie; then he married Liz; then he lost her to Richard Burton. Debbie’s fortunes, meanwhile, went from bad to worse. After making a fortune from her movies and her highly lucrative recording career, she married sleazy Harry Karl Jr, the so-called ‘shoe king’, in 1960. It took him 14 years to gamble away his own fortune as well as the millions Debbie had worked hard to accumulate. By the time they divorced he had wiped her out and she had to start all over again. Her critics may say what they like about the lady, but Debbie had true grit. She was a tough little fighter. 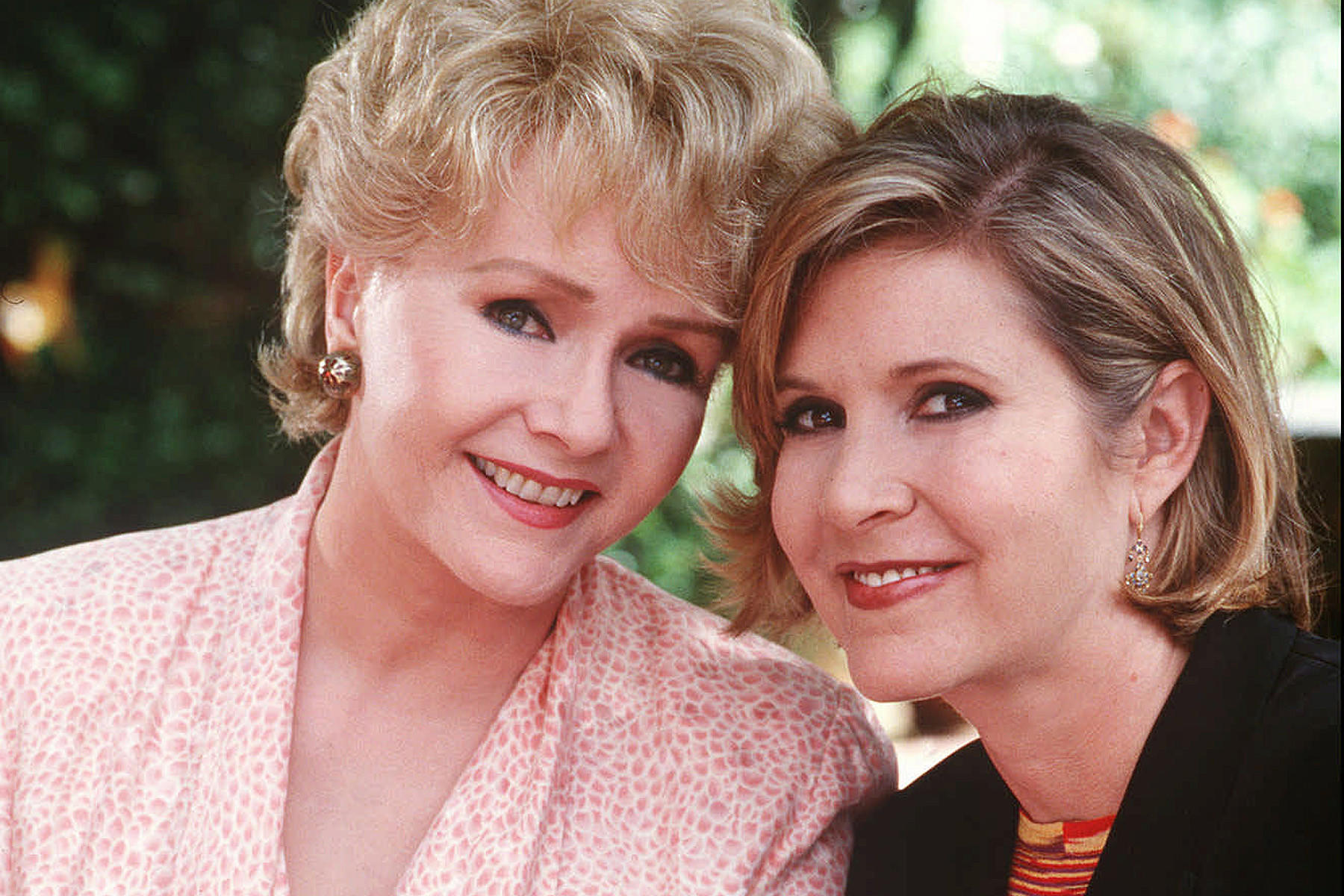 In 1977, her daughter, Carrie Fisher, suddenly became a household name playing Princess Leia in the first of the ‘Star Wars’ pictures. ‘People used to call her Debbie Reynolds’ daughter’, quipped Debbie years later. ‘Now they call me Princess Leia’s mother.’ When Carrie’s decades of drug abuse finally caught up with her and contributed to her death in December 2016, Debbie was heard to say to her son Todd as they planned the funeral, ‘I miss her so much, I want to be with Carrie.’ The next day she suffered a fatal stroke and joined her daughter in death.