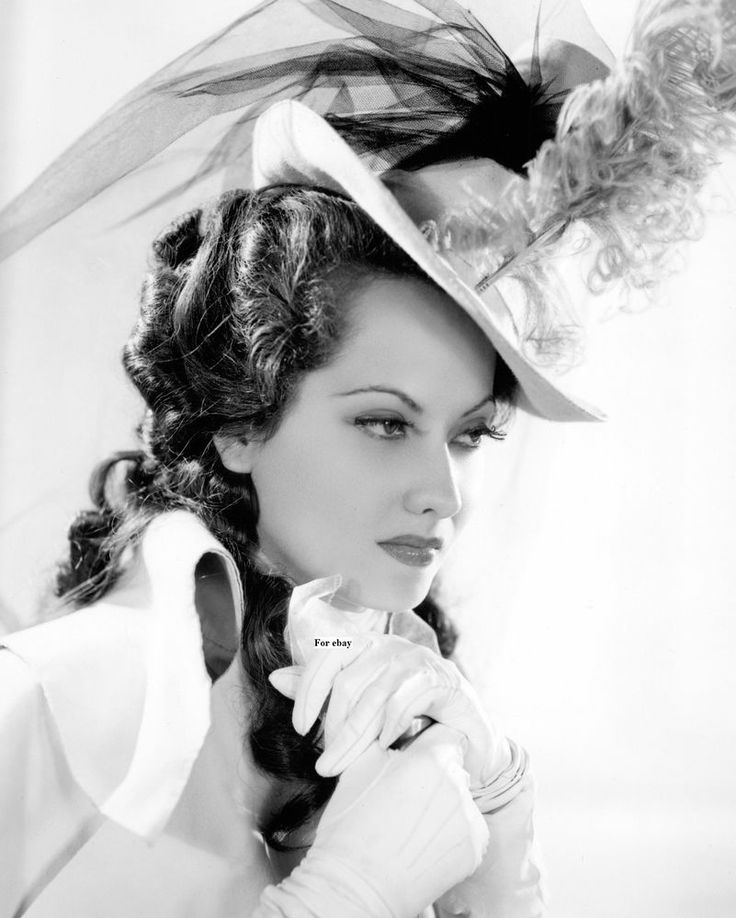 in The Scarlet Pimpernel

For decades it was accepted that Merle Oberon was born in Hobart, Tasmania. In fact, most of Tasmania thought so too. Few were aware that she had invented the tale to create a past for herself that was as far removed from the truth as possible. In reality, she was born in Bombay, India to a Welsh father and a Ceylonese-Indian mother. Merle lived in Bombay until she was 17 and was a feature of the city’s night-life before deciding to make her way to England as the girlfriend of a wealthy Englishman. In London, at the Café de Paris, she was known as Estelle ‘Queenie’ Thompson, and was soon involved with a black American jazz musician named Hutch. Movie mogul Alexander Korda discovered her in a tea line at the studio, changed her name to Merle Oberon, cast her as Anne Boleyn in The Private Life of Henry VIII (1933), and six years later made her his wife. She would go on to be known as one of the screen’s great beauties. Incidentally, she kept her real-life mother employed in her home as her house-keeper, the woman’s true identity being kept secret until after her death.

Peter’s mother was an Englishwoman named Alicia Ingle-Finch, the wife of renowned Australian-born mountain climber George Ingle-Finch. But George was not Peter’s natural father. That honour belonged to his mother’s lover, Major Jock Campbell, a Highlander in the Black Watch. Born in South Kensington, London in 1916, Peter was taken back to Sydney, Australia by George ten years later. The boy would not meet his mother until he was 33. Nor would he meet his natural father until he was 45. In Sydney, he eventually got into radio and acting locally Several Australian films followed, but his life took a remarkable turn upwards when he was ‘discovered’ by Laurence Olivier who was on a visit to Australia in 1948 with his wife Vivien Leigh. Olivier signed Finch to a personal contract and took him back to England. Peter repaid his mentor by bedding his wife, their affair lasting off and on for years. Peter’s undoubted talent as an actor would eventually be recognized with an Oscar for Network (1976). He died from a heart attack before he could receive it. in Gone with the Wind

Vivien was born in the mountains outside Darjeeling, India just before the outbreak of World War 1. Her parents chose to sit out the war in India before the girl was sent to private school in London, despite her being two years younger than all the other girls. There she befriended an Irish student named Maureen O’Sullivan who would soon go to California with her family and make a name for herself in the movies as Jane to Johnny Weissmuller’s Tarzan. Back in England, Vivien also decided to become an actress. However, marriage and a daughter at 19 placed that ambition on hold, albeit only briefly. Her marriage would not end until 1940, but before then she had established a name for herself in British movies and was ready to accompany her lover, Laurence Olivier, to the United States. She landed the role of Scarlett O’Hara in 1939’s Gone with the Wind, and deservedly won the Best Actress Oscar for her performance. The amazing thing about her film career is that Vivien only made 19 movies in total! She suffered from bipolar most of her adult life, her psychological problems often manifesting themselves in bouts of nymphomania, but it was tuberculosis that claimed her at 53.

Ann-Margret was born Ann-Margret Olsson in Valsjobyn, Sweden during World War Two and came to America at the age of 6. She was a cheerleader at New Trier High School in Winnetka, Illinois, an institution whose graduates numbered among them Charlton Heston, Rock Hudson, Bruce Dern and Hugh O’Brien. Ann attended Northwestern University in Evanston, Illinois but did not graduate. Whilst there, however, she was spotted by comedian George Burns in a campus musical production in 1960, and he at once made her part of his Las Vegas act. A tiny part in Pocketful of Miracles (1961) led to better roles in State Fair the following year and Bye Bye Birdie a year after that, but it was her sensational appearance opposite Elvis Presley in 1964’s Viva Las Vegas that made her a household name. In 1967 Ann married Roger Smith, one of the stars of the popular TV series 77 Sunset Strip and, despite her lengthy romance with Presley, remained married to him until his death in 2017, fifty years later. 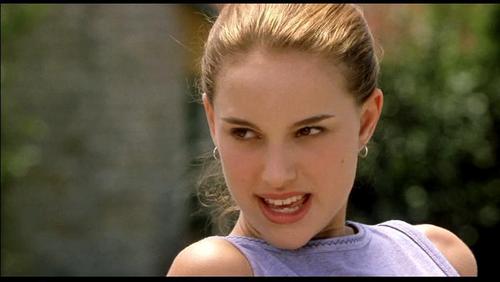 in Where the Heart Is

Natalie’s real surname is Hershlag, her father being an Israeli-born doctor, her mother an American-born artist from Cincinnati, Ohio. Natalie entered this world from Jerusalem, Israel in 1981. The family then moved back to the USA, first to Washington D.C., then to Connecticut and finally to Jericho, New York in 1990. Natalie studied dance and acting there before landing a starring role in Star Wars Episode 1: The Phantom Menace while she was still in high school on Long Island. In 2003 she graduated from Harvard University with a B.A. degree in psychology, telling interviewers: ‘I don’t care if college ruins my career. I’d rather be smart than a movie star.’

Before filming commenced on Closer (2004), she gave her co-star, Julia Roberts, a necklace inscribed with the single word – ‘Cunt’. Julia reciprocated with one inscribed, ‘Li’l cunt’. Evidently, they felt this was a witty and appropriate way to acknowledge the picture’s foul-mouthed script. Uh-huh. When Roman Polanski was arrested in Switzerland in 2009 and facing possible deportation to America for having raped a 13 year-old girl back in 1975, Natalie was one of a group of stars who signed a petition to free the man. Others who signed included Harrison Ford, Monica Bellucci, Tilda Swinton and Adrien Brody. And there were many others. It would be fascinating to hear their reasons for doing so.