In 1937 Kate Hepburn purchased her Turtle Bay, Manhattan townhouse for $33,000, (it would be worth four and a half million dollars by the time of her death in 2003), and moved in with Howard Hughes at Muirfield Mansion in Los Angeles. Hughes usually slept in his study so Kate was allocated his former wife’s master bedroom. It was not lost on Kate that the only person who regularly shared his bed while she was living there was his lover Cary Grant, who slept over about twice a week. Not that this bothered her in the slightest. She was still sleeping intermittently with directors George Stevens and John Ford and her girlfriend Jane Loring, all without Hughes’ knowledge. He did not spy on Kate as he later would on Ava Gardner when she entered his life. Quite simply, sexually, the Hughes-Hepburn relationship held little interest for either of them. They just enjoyed each other’s company – while it lasted anyway.

The famous hurricane of September 1938 hit Connecticut without warning because, in those days, the U.S. Weather Bureau had no hurricane-warning service. Kate had her morning swim, played a round of golf and, despite the increasing wind gusts, went back into the surf again even when, as she said, ‘the winds are so powerful they can hold me up.’ On her return to Fenwick, the family home on Long Island Sound, she was astonished to observe through a window a Ford picked up by the wind and hurled into the sound. As the winds began to rip off parts of the house, she gave the order to family and staff to abandon the premises and make their way across windswept fields to higher ground. The group used a rope, each member clinging to it so they would not be blown away. From the top of the hill they watched their old Gothic-styled cottage blown away piece by piece. That night they found refuge from the winds at the Riversea Inn. Blasts hit 200 miles per hour as they roared across southern Connecticut and six hundred and eighty two people lost their lives that night.

Kate among the rubble of Fenwick

The next morning Kate rang her father in Hartford with the news that their home was gone. ‘I suppose you didn’t have the brains to throw in a match before the house blew away’, he said. ‘It’s insured for fire.’ In the afternoon she and her brother Dick followed a trail of debris and found what was left of Fenwick lodged against a stone bridge about a half-mile from its original site. 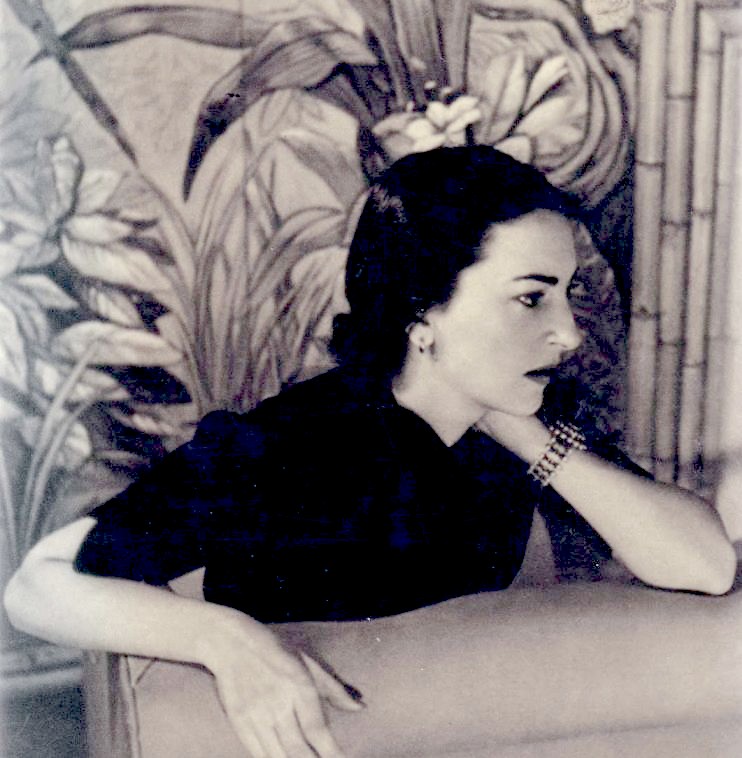 According to Irene Mayer Selznick, Kate cajoled her into accompanying her when she trespassed on other people’s property in the Hollywood Hills. ‘It was Kate’s passion – not mine’, she told Tennessee Williams. ‘I was scared to death. Kate said she was too afraid to break into the houses by herself and she demanded that I be her accomplice. I was sort of under her spell in those days, and I played the absurd game. It’s a wonder we weren’t shot.’ Irene was heterosexual. Her only known female lover in her entire life was Kate Hepburn. When in California, the two women preferred to tryst at The Blue Jaybird inn in Malibu where several stars took their lovers for some privacy. The romance lasted for years – England, Montego Bay, New York. The daughter of LB Mayer, Irene had previously been married for nineteen troubled years to David O Selznick until he fell head over heels for Jennifer Jones in 1949.

Kate’s more serious female relationships included Judy Garland for several years, Claudette Colbert for over a decade, Laura Harding for much of her adult life, Judy Holliday for several months, Jane Loring for years and Elissa Landi. As for the men in her life there was, of course, Spencer Tracy for decades, Robert Walker (although she was more a surrogate mother image than lover), Paul Henreid late in life (until he opted to remain with his wife), agent Leland Hayward, Howard Hughes, John Ford, George Stevens, John Barrymore, Jimmy Stewart, Charles Boyer, Joseph Cotten, Van Heflin, Ernest Hemingway, Kenneth MacKenna and Robert Mitchum.

Just prior to filming commencing on the Tracy-Hepburn 1948 feature State of the Union, the president of Clean Films for Clean Living the American Way, Ralph Lawrence, wired director Frank Capra and delivered him an ultimatum regarding Kate. The wire read: ‘Katherine (sic) Hepburn is a card-carrying Communist. She believes in the overthrow of the American government. She’s attacked marriage. She advocates abortion. She is a known harlot. If you go ahead with this movie, I assure you that groups such as ours, composed of God-fearing people, will not only boycott the film, but will stage protest marches at any theatre that shows this filthy red propaganda.’ Capra rightly disregarded the letter and proceeded to shoot the picture. 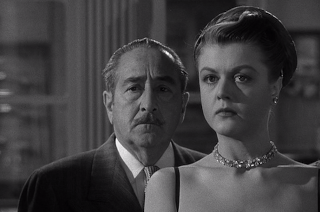 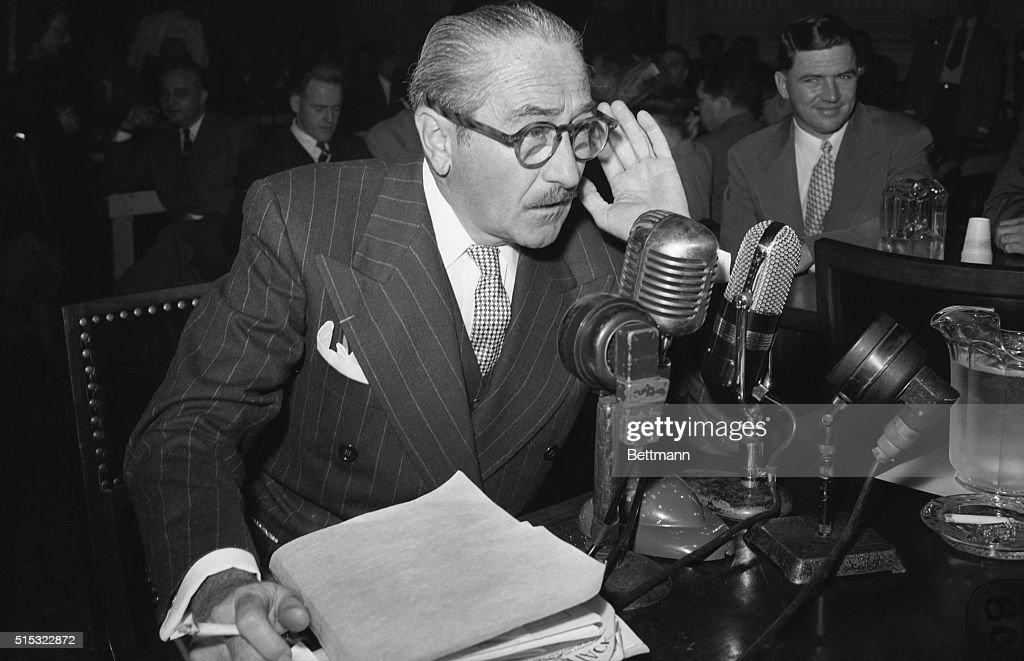 Kate had worked with character actor Adolphe Menjou in the thirties in both Morning Glory and Stage Door and disliked the man intensely. By the time he appeared in the cast of State of the Union in 1948 that dislike had evolved into hatred because of his eagerness to name names before the HUAC. Menjou happily offered up the names of anyone in the movie industry he suspected of having ‘pinko leanings’, as he put it. When asked about Kate, he told the committee: ‘Scratch a do-gooder like Kate, and she’ll yell Pravda.’ When questioned about the movie they had just completed, he described it as ‘nothing more than a dirty Communist plot.’ Kate was certainly a liberal and an opinionated one at that, but had no socialist or Marxist leanings whatsoever, as everyone but Menjou and a few religious fanatics (and the HUAC) knew.

In June 1949 the House Un-American Activities Committee compiled its list of ‘Communist appeasers’. Kate was depressed to find her name on it. Lena Horne’s name was there as well, presumably because she had the audacity to marry a white man. The author Pearl Buck was named, apparently because she had written The Good Earth and Dragon Seed. Even Maurice Chevalier made the list. Singer/actor Burl Ives was listed but later sold out his friends to save his career. Others named included Orson Welles, Danny Kaye, Richard Attenborough, Eddie Albert, Ruth Gordon, Burgess Meredith and Barbara Bel Geddes. Even Dolores Del Rio was listed, presumably because she was with Welles at the time.