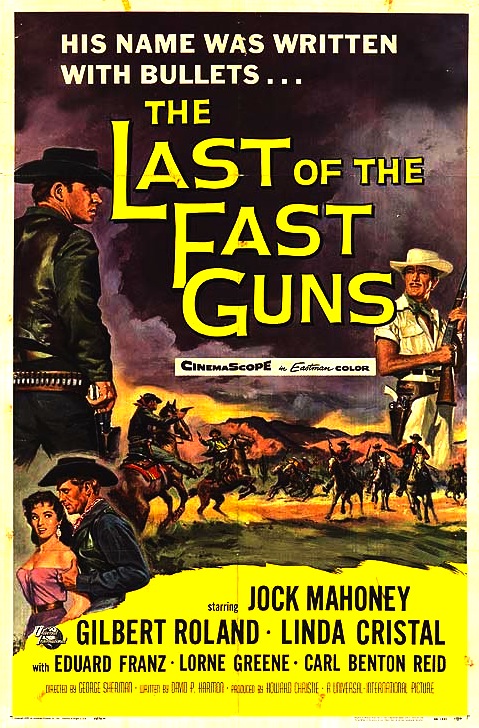 Marta Burges was born in Buenos Aires, Argentina in 1934, to a French father and an Italian mother but would act under the name of Linda Cristal in Hollywood. When she was just 13 she and her parents were involved in a terrible car crash that orphaned her. Linda, however, remained convinced that her folks died in a suicide pact, that her diabetic mother became comatose through lack of insulin, that her father discovered his wife dying and turned on the gas! Nobody really knows for certain which story is true. In 1958 Linda met industrialist Bob Champion, the half-brother of dancer Gower Champion, and it was love at first sight. Within days they were secretly married. He was 34, she 23. Bob’s business commitments in Venezuela and Linda’s location work kept them apart and the union ended in divorce inside 12 months. with Leif Erickson in The High Chaparral

Later lovers included John Saxon, Christopher George, Greg Bautzer, George Kaufman and TV’s Batman, Adam West. Now in her eighties, Linda’s high point in her screen career was her role in the popular television series The High Chaparral from 1967 to 1971. In it she played Victoria Cannon, the wife of Big John Cannon portrayed by Leif Erickson. There were a few westerns in her resume including the one mentioned above, Comanche (1956) and The Alamo (1960). She retired from acting in 1985. 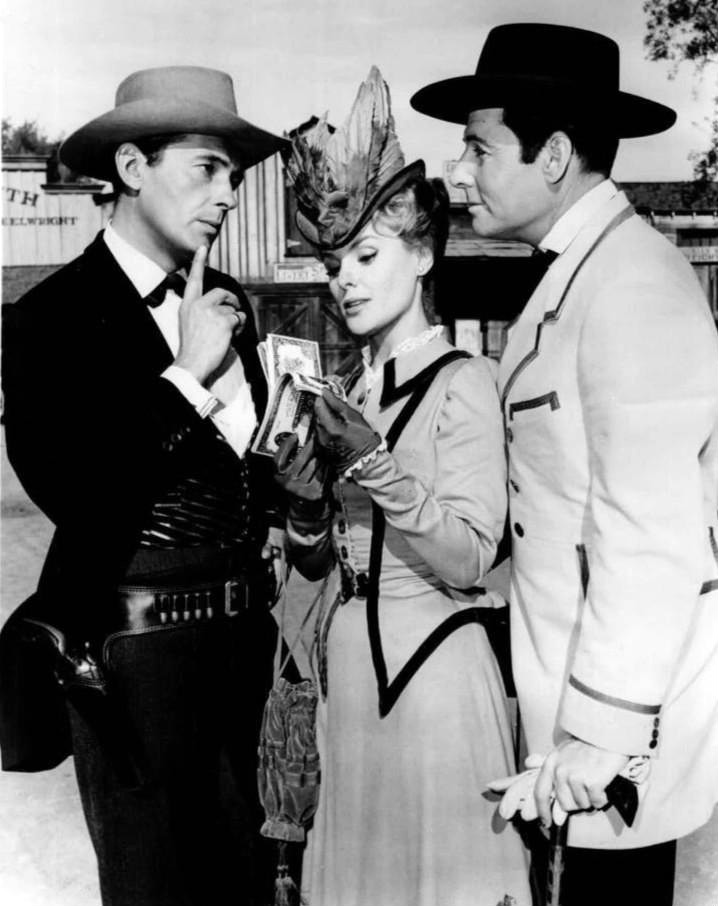 Kathleen Crowley was ‘Miss New Jersey’ in 1949 and then finished 6th in the Miss America Pageant in Atlantic City that year. In 1952, 2oth Century Fox signed her to a contract and gave her the female lead in her first movie, The Silver Whip (1953) opposite three ‘hunks’ – Dale Robertson, Rory Calhoun and Robert Wagner. She had already done a little live TV and acquired a reputation for being one of the nicest and easiest actresses to work with. As a free-lance actress she starred opposite Fess Parker in the 1956 Disney feature, Westward Ho, the Wagons. On television she was cast in eight episodes of Maverick portraying a number of sirens. Although her career lasted less than 20 years (1951-1970), Kathleen made 81 TV appearances and 20 movies before retiring at 40. 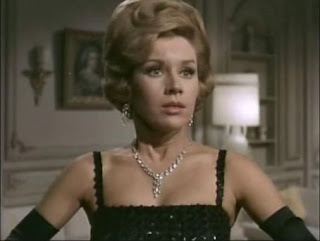 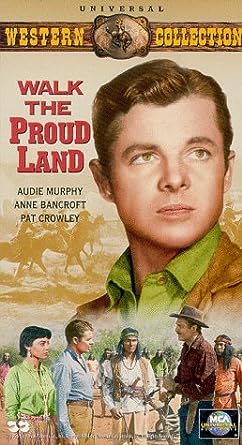 No relation to Kathleen, Pat Crowley was equally delightful and adored by her colleagues. At Paramount in 1952 she fought hard (and won) to keep her birth name and was soon seen on publicity dates with Tab Hunter and Vic Damone. The tabloids also reported that beefcake Richard Egan was smitten with her and who could blame him? At her peak in the sixties she was terrific in TV’s Please Don’t Eat the Daisies series in the Doris Day role. Unfortunately, the series only survived for two seasons. 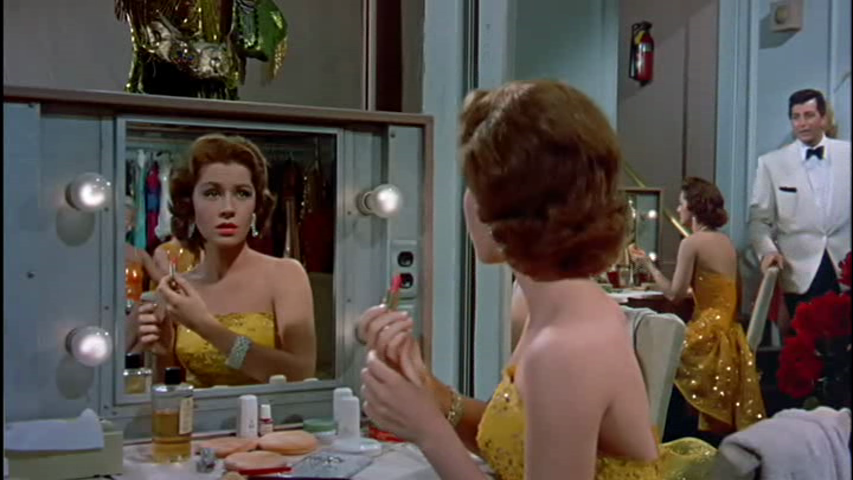 She made some well-known movies including Forever Female (1953) with William Holden, The Square Jungle with Tony Curtis in 1956 and the final Dean Martin & Jerry Lewis film, Hollywood or Bust (1956). As recently as 2001 she portrayed the widow of baseball player Roger Maris in the excellent sporting biopic 61*. Fans may be surprised to learn that Pat was also a fine singer and dancer. She danced in the 1954 Guy Mitchell musical Red Garters and sang and danced on television on The Dean Martin Show. As classy ladies go, Pat Crowley is right up there with the best of them. 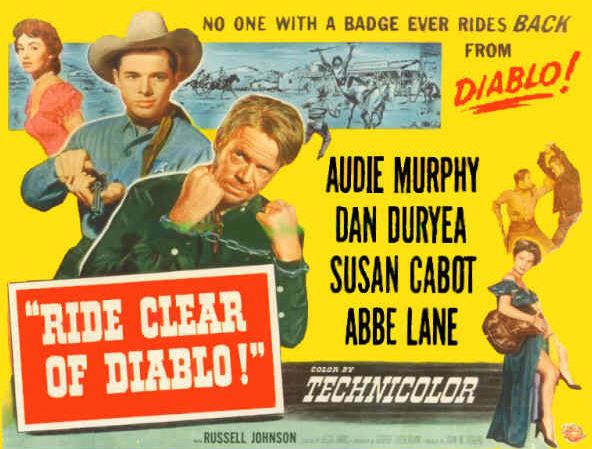 Pretty Susan Cabot was born Harriet Shapiro in Boston, Massachusetts in 1927 and she began life behind several eight-balls. Very early in her life her father disappeared and her Jewish-Russian mother suffered emotional issues and was institutionalized. As a consequence, Harriet was shunted around no fewer than eight foster homes before studying dramatics at a Manhattan high school. At 17 she married an interior decorator named Martin Sacker.

While singing at Manhattan’s Village Barn one evening she was spotted by Max Arnow, casting director for Columbia Pictures and, in 1947, made her movie debut as an extra in the picture that launched Richard Widmark’s career, Kiss of Death. Her name was changed to Susan Cabot and she began a seven-year contract at Columbia. In 1950 she and Sacker commenced divorce proceedings and she signed to make Tomahawk. Around that time it was discovered that she was also a very fine singer. Universal-International signed her to an exclusive contract in 1951, the year she and Sacker divorced. 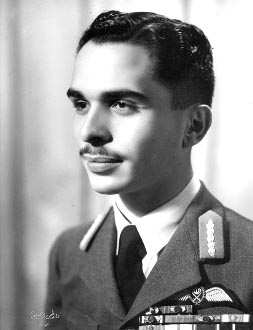 Over the next few years Susan dated polo player Manuel Rojas, (Rita Hayworth’s former squeeze), Audie Murphy, Richard Anderson and Marlon Brando. Her regular date in between all these was Hugh O’Brian, but in 1959 she hit the headlines when her affair with Jordan’s King Hussein became public knowledge. The king continued to deny there was any romance even after Susan was spotted driving about in Princess Margaret’s Bentley and her Mercedes, both gifts to her from Hussein at one time. Shortly afterwards the affair was ended by the king. He had just learned that Susan was Jewish! 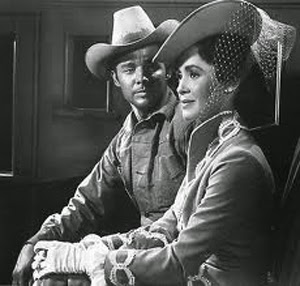 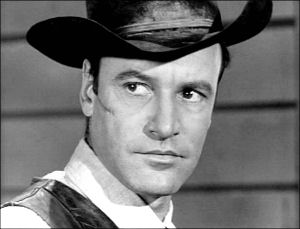 A brief Long Island romance with Mir Kashani, a prince related to the Shah of Iran, petered out rather quickly in 1959. Around that time she became part of actor Mark Harmon’s collection of Susans. For reasons known only to him he had dated Susan Strasberg, Susan Oliver, Susan Kohner and Suzanne Pleshette in the year just gone. In the early sixties she was photographed with a lot of different dates – Sal Mineo, playboy ‘Baby’ Pignitari, Red Buttons, Ralph Meeker and Desi Arnaz, to name but a few. In 1964 Susan gave birth to a son, Timothy Scott. He was afflicted by dwarfism and she refused to name the father. Speculation was rife, many pundits convinced that Hussein was paternally responsible, others equally convinced it was actor Christopher Jones of Ryan’s Daughter fame, but no-one was really sure. Then, out of the blue, Susan married actor Michael Roman just ten days after they met. She was 40 and he just 25. Michael immediately adopted the boy. It was 1968.  When the couple divorced in 1981 he made the following observation. ‘She was a good person, but she was crazy.’ Susan had begun ingesting the growth hormones prescribed for her son and they may have increased her mental instability. Actress Mara Corday made a curious comment about her: ‘Susan was very weird, a strange little girl. She had this enormous head, and then this little tiny body, and she was paranoid. 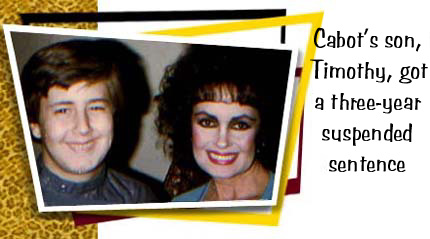 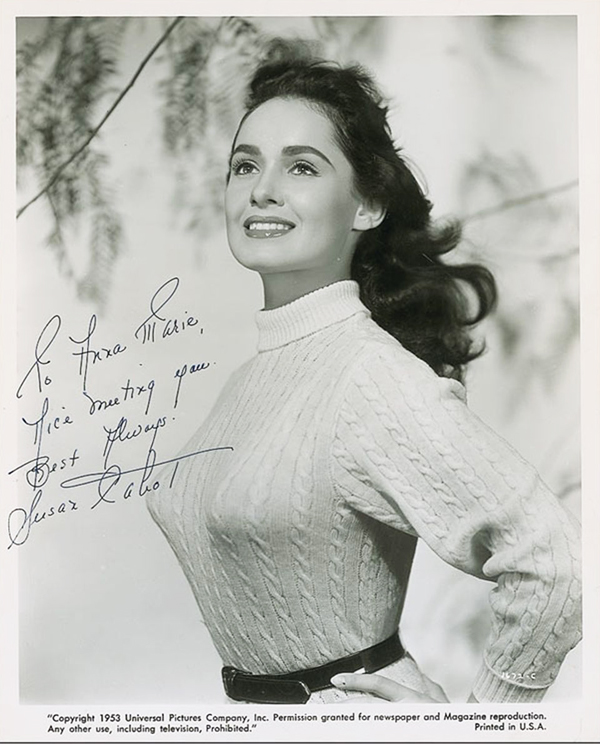 In 1986 Susan’s bludgeoned body was discovered in her home in Encino. Twenty-two year-old Timothy had beaten her to death with a weight-lifting bar. He appears to have had a long-running feud with his mother that culminated in her horrendous death. Charged with involuntary manslaughter, it took two trials before he was sentenced to just three years in prison. He would die in 2003 at the age of 38.