Between 1941 and 1944 over 6,000 Hollywood workers entered the services, 1,500 of whom were registered actors and actresses. The ‘Hollywood Unit’ made training and recruitment films (and newsreels). One recruitment film starring Jimmy Stewart was said to have been responsible for 100,000 men joining the air force. Hundreds of stars, male and female, volunteered for the USO tours, entertaining troops in all the theatres of war. Many of these travelled to within a few miles of the front on the ‘Fox-hole Circuit’, risking their lives to do their bit for the war effort. Over 4,000 performers gave 53,000 performances over just four years! And then there was the Hollywood Canteen. 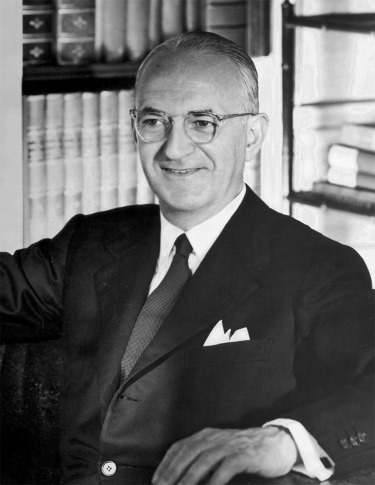 It was actor John Garfield’s brainchild, but it was Bette Davis who picked up the ball and ran with it. She found an abandoned nightclub just off Sunset Boulevard, formed a financial committee headed by her agent Jules Stein, and went to work creating a place where servicemen from all walks of life on their way to the front, could stop in and meet movie stars and other entertainers for free. Stein was the head of the talent agency MCA. He was tremendously powerful and could pretty much get just about anyone in Hollywood to do his bidding. He cleverly convinced Columbia head Harry Cohn to donate the profits from his latest Cary Grant film Talk of the Town, in exchange for priceless publicity connecting Columbia and Cohn to the whole Hollywood Canteen concept. Throw in a massive fundraiser at Ciro’s nightclub, the hottest spot in Hollywood, and the Canteen was up and running. Six days a week (only Sunday was excluded), 2,000 servicemen would flock into the Canteen for free food and refreshments (no alcohol), and spend the evening dancing with the stars. It was the stuff of dreams. millionth visitor to the canteen

Although many of the volunteers were young starlets with few, if any, screen credits to their names, they were pretty and effervescent. But there were plenty of A-listers on hand as well. Vistors could jitterbug with Betty Grable, waltz with Marlene Dietrich or Joan Crawford, be served coffee by Dinah Shore or Hedy Lamarr, listen to Xavier Cugat’s band, Bing Crosby singing or stand-up routines from the likes of Red Skelton and Jimmy Durante. In the kitchen Garfield himself, Ann Sheridan or Bette would be washing and drying dishes. Everyone who ‘entertained’ at the Canteen did whatever chore was allocated to them. And they did it for free. There were always moments of extraordinary uniqueness at the Canteen, like the day Dietrich arrived straight from the set of Kismet, covered from head to toe in gold paint. The crowd went mad. 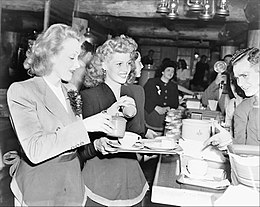 Betty Grable set a jitter-bugging record one evening when she was ‘cut-in’ three hundred times in a single hour! A completely unknown Johnny Carson recalled dancing one evening at the Canteen when he was an air naval cadet with Marlene Dietrich. The rules, however, were strictly enforced. Anyone slipping booze into the canteen or trying to ply any of the girls with a sly swig were handed over to the LAPD. Starlets were not permitted to exchange addresses with servicemen, nor were they allowed to fraternize outside the premises when they closed for the evening. Any canoodling on the dance floor was a strict ‘no-no’. Of course, what the bigger stars got up to behind closed doors was something else again. Blacks, Hispanics and Filipino servicemen were discouraged from attending the Canteen. The acknowledged reason was that ‘mixed’ dancing might alienate those servicemen from the Deep South and result in brawls. This was not a rule stricly enforced for there are photographs of non-caucasian servicemen at the Canteen. Nevertheless, a predominantly bigoted order was maintained. Minor actresses and starlets were certainly forbidden from getting romantically involved with visitors, a rule closely enforced – unless you happened to be an A-lister with clout, that is. Hedy Lamarr latched onto second-rate actor John Loder while her fiancée was away overseas. They later married but it didn’t last. Susan Hayward managed to find herself three months pregnant by the time she married Master of Ceremonies Jess Barker. Her boyfriend overseas got a ‘Dear John’ from her in the mail. Despite the likes of Lana Turner and other beauties in abundance at the Canteen, it was the far less attractive Miss Davis who had the most men milling around her each evening she attended. Her husband had died about a year after the Canteen had opened and she developed a taste for men in uniform. Jack Carson overheard some servicemen talking about her and referring to her as ‘a mink’, a direct reference to her willingness to ‘put out’ on a regular basis. And ‘put out’ she did when she took a particular fancy to Signal Corps Corporal Lewis A. Riley and followed him all the way to Atlanta when he was transferred. More than likely Stein pulled a few strings and the corporal found himself suddenly posted overseas. Bette promised to wait for him (and did – briefly) before returning, bored, to the Canteen and into the arms of new, more available, lovers. 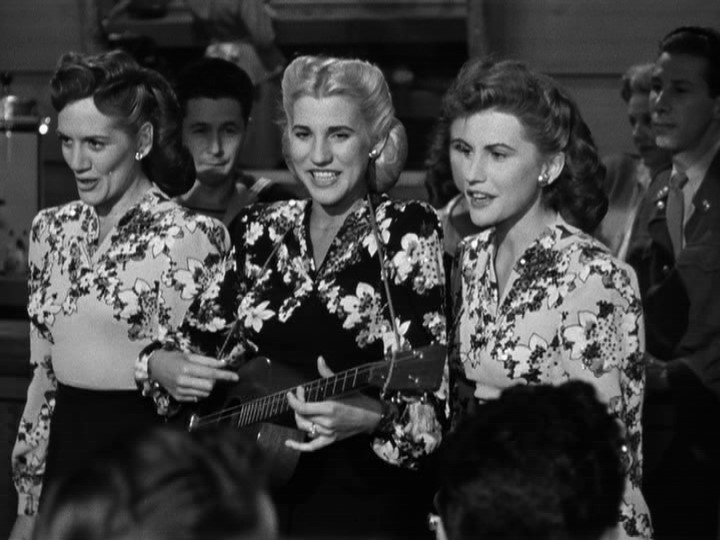 Warner Bros even made a movie titled Hollywood Canteen, featuring dozens of stars doing their bit for the establishment. All those involved donated their services for free, although the legendary cheap skate Eddie Cantor whined long and hard about it until a few of the male stars of the picture took him aside and ‘convinced’ him to do as he was told – or else…The movie is more a piece of history than anything else. Crawford summed it up pretty accurately if mean-spiritedly, when she described it as, ‘a very pleasant pile of shit for wartime audiences.’ It is easy to pick fault with the Hollywood Canteen concept. The fact that it predominantly catered for white Americans and not those of colour seems rightly horrible and unacceptable to us today. The mere thought of expecting men to lay down their lives for a country that was light years away from affording them the same rights as their white countrymen, is abhorrent to most of us today and was probably equally loathed by a great many white Americans back then as well. But those in the corridors of power had the last say. They preferred a trouble-free environment at the Canteen and it was not much of a stretch to ensure this by disadvantaging minority groups – as usual. The studios loved the Canteen concept because it put them in a good, patriotic light. The stars themselves were keenly aware of the positive PR their evenings at the establishment added to their images. These motives and the bigotry aside, an awful lot of people contributed several evenings of their week, every week for four long years, providing a touch of glamour to the lives of young men far from home and on their way to even farther places, dangerous places, from which many would not return. This kind of commitment from those serving at the Hollywood Canteen was no small thing. They were not donating a few hours to a Telethon and then back to their lives. They were giving of their time continuously without thought of reward or recompense for years! It was a unique moment in history that we shall never see again.